I ran the Berlin Marathon again. Three weeks ago, done, finished. By doing so we raised €351.52 for Syria. I really appreciate the ongoing support of those who contributed. 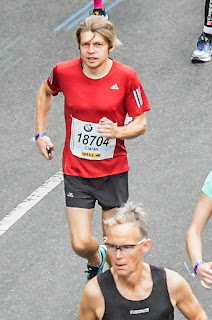 But I’ve reached the stage where I have to reconsider my whole modus operandi. The fundraising’s not working anymore.
I had 11 sponsors this time around, most friends who had donated before. But I can’t keep asking the same people who’ve been donating on and off since I started this carry on – altogether contributing more than €5,400 altogether.
I’m grateful for such generosity, humbled by it. But I kept running because I want to get other people to help and evidently that’s too much to ask. 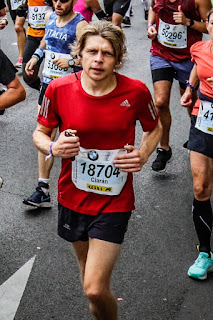 I almost gave up when the cramps set in around the 26K mark. It was cold and raining. I’d been doing OK up to then, averaging 5 minutes per kilometer, on track for last year’s time or better. The half took me 1:42:48 according to my phone, which tells a sorry tale afterward…
The cramps got progressively worse. I had to stop. I stretched. I sat down, got up again when that didn’t bring any relief, and continued, inching on and on. It wasn’t even a walk. I don’t know what you’d call it, a crab-like scuttle. 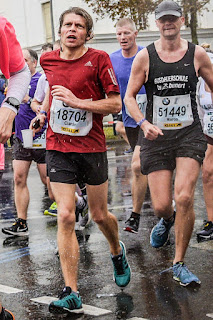 I would have quit but I remembered that my bike and jacket and stuff were back at the finish, and I had to go there anyway to pick them up. I was shaking from the cold, all I wanted was my jacket.
I continued in this manner for 10 kilometers, head down in shame, until I got to some helpers who gave massages. They weren’t busy. Nobody else would lie in the rain-filled “beds” – but I did. Two French students messaged my legs and my feet and gave me a plastic blue poncho to keep going. “Just six kilometers!” the guy told me. 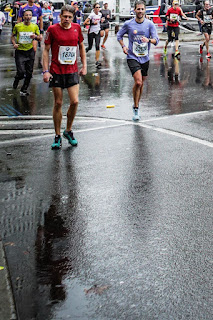 I was OK after that and even got back to my previous 5 minutes per kilometer, my blue poncho flapping around me.
When I finished I was just happy the ordeal was over, then the cramps set in again, though not as bad as before.
Another runner saw my condition, said something like, “Der Schmerz geht, aber der Stolz bleibt.” The pain goes away but the pride remains.
I didn’t feel any pride, though. Three weeks later it’s just emptiness, a helpless feeling of wanting to do something without knowing what. 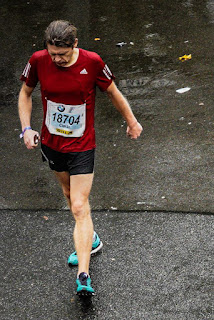 I sent the money to MSF and Emma Mulligan replied with a very nice email that should really be for everyone who has contributed: “Your support and generosity, beginning back in 2016, is what enables MSF to continue to respond to Syria’s changing contexts.
“Your support is vital in being able to continue to support Syria’s medical needs from helping the millions of displaced Syrian refugees, to improving access to vaccinations and providing medical aid through mobile clinics.”
She again expressed MSF’s thanks “for all that you have done for Syrian communities. Our work would not be possible without you being a part of it!”
So it’s clear it makes a difference, even if sometimes our efforts can feel futile. I need to do more, we all do. Sincere thanks again to all of you who have helped so far. 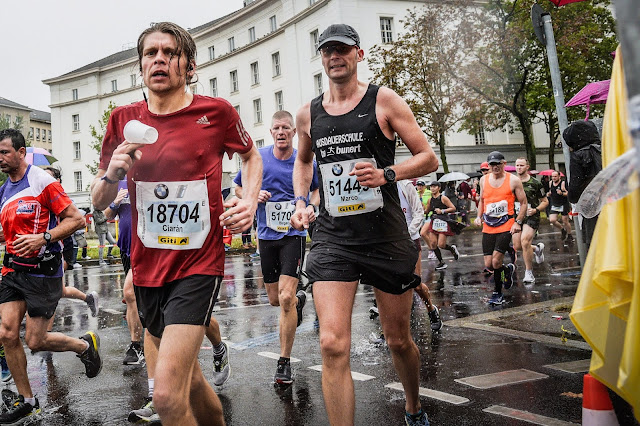 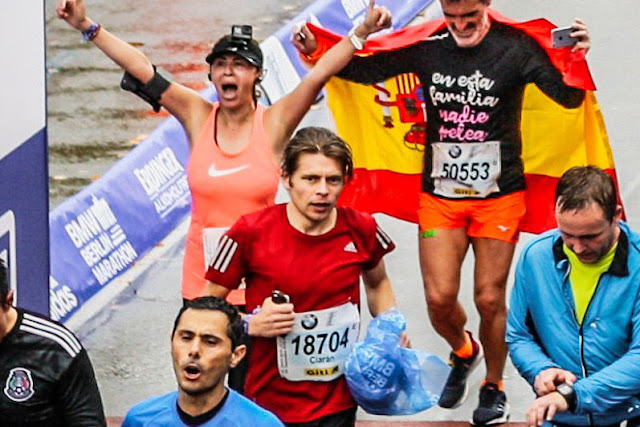