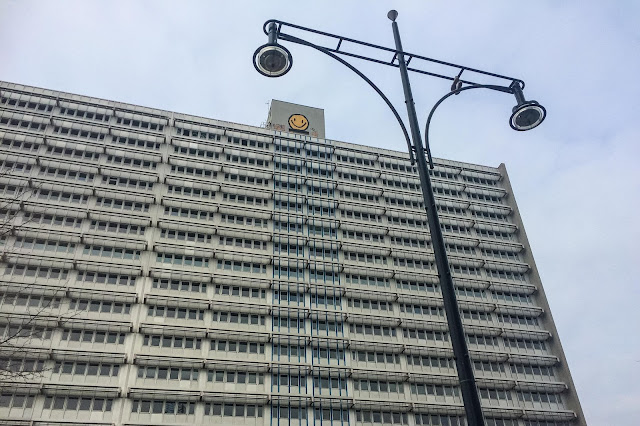 I knew on March 17, 2008 that things would never be the same again. It was St. Patrick’s Day, as it always is March 17, and I’d just had ONE pint in The Oscar Wilde on Friedrichstraße for the day that was in it, fulfilling my national duty.
It was my first day in Berlin after arriving by car in Hohen Neuendorf at a quarter past midnight the night before. ‘Tis a long drive from Ireland.
After having that ONE pint, we left The Oscar Wilde and I suppose I began the process of taking stock of my new surroundings. I was with Jenny, who would go on to become the mother of the young fella, though of course neither of us knew that at the time.
There was a lot I didn’t know and it was great, that feeling of freedom, everything up in the air, uncertain, with tantalizing possibilities and endless options: my first day as a Berliner, ten years ago.
Ten years! Things have settled down a little bit in the meantime, though I’m happy to say there are still plenty of options, possibilities, uncertainties and unknown adventures lying in wait.
The journey I started when I left Rosslare Europort with Dáire never really ended. I don’t think I’m the same person, but hope I’m an improved version of what I was before.
I won’t bang on about my achievements. Let’s just say I’m content with what I’ve accomplished but I’m in no way satisfied and will continue pushing for more.
As an Irish Berliner, one of my proudest moments was being invited to the Irish embassy’s St. Patrick’s Day launch in my beloved Fernsehturm one of the years. I forget which one. It was back when they used to turn the Fernsehturm green.
Apparently the Friedrichshain council turned down the St. Patrick’s Day parade this year! They didn’t want it, the fuckers. They’ll let investors knock down the East Side Gallery but they don’t want people having fun.
Anyway, I was proud to be invited to several embassy bashes over the years, and I even plucked up the courage to speak to the ambassador at the last Christmas bash. Big mistake. I’m not sure what I said but I wasn’t invited back for this year’s St. Patrick’s Day reception. It was nice while it lasted.
But I did take the day off tomorrow (Saturday) so I can celebrate properly, parade or not. There’s a party at Urban Spree and everyone’s invited! I’m piggybacking on the Paddy’s Day festivities. But I’m sure he wouldn’t mind. Ten years is something to celebrate.