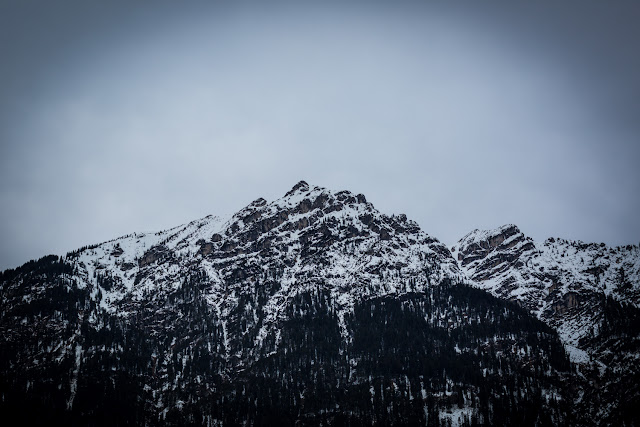 In Garmisch-Partenkirchen the shop windows are all lit up at night, bright as suns, huge and unprotected by shutters, and nobody even thinks of throwing a brick or a bench through the taunting panes. No one even thinks of it, no one.
The woman in the guesthouse where I was staying said there hadn’t been a car stolen in the place for 12 years. And that car turned up again on the other side of the road two years later. So really the car was only borrowed.
The people have a funny way of talking here but they’re quite friendly. They’d talk the hind legs off a donkey, maybe because they’re delighted to get someone else to talk to for a change. Garmisch ain’t that big.
I didn’t take any pictures of the shop windowpanes or the bare walls – there’s no street art anywhere – but I took some on the walk to and from work, which involved writing about fellas skiing down a mountain, their crashes skiing down a mountain, and talking up Germans’ chances of winning medals for skiing down different mountains at the Olympics. ‘Tis a funny old world. 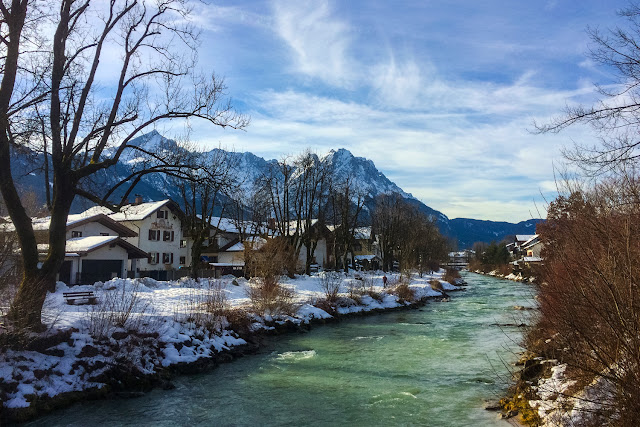 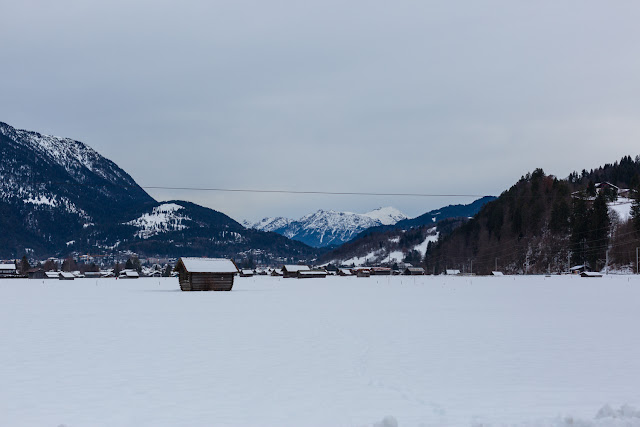 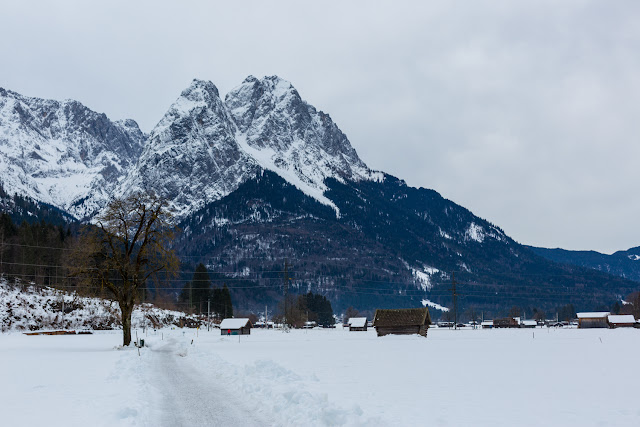 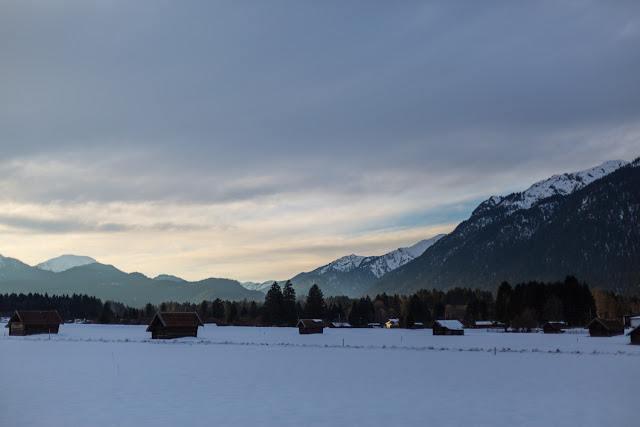 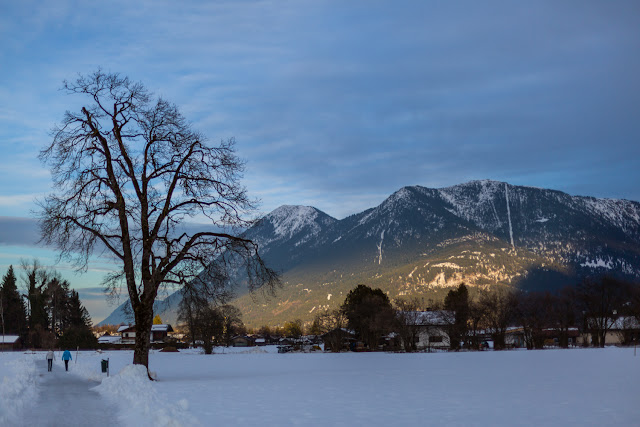 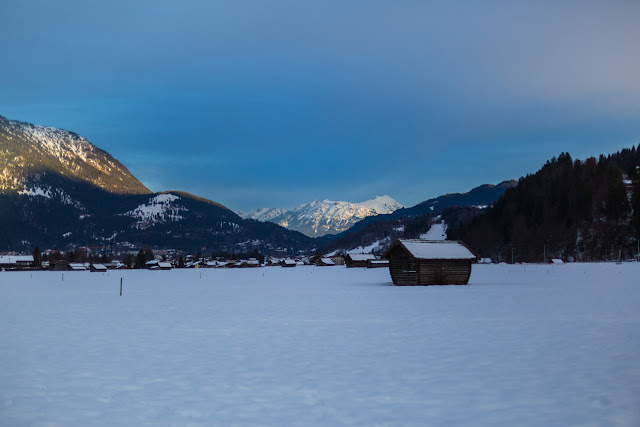 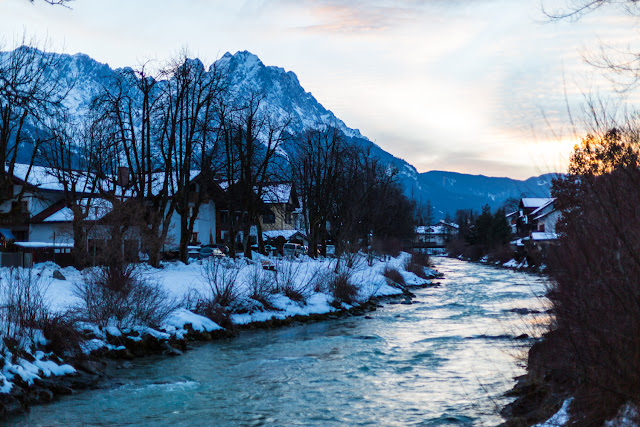 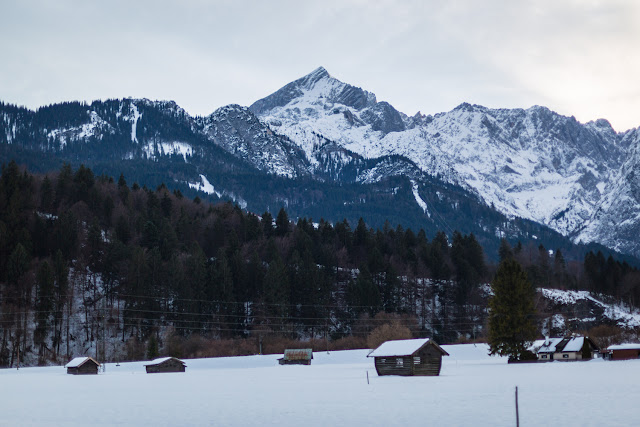 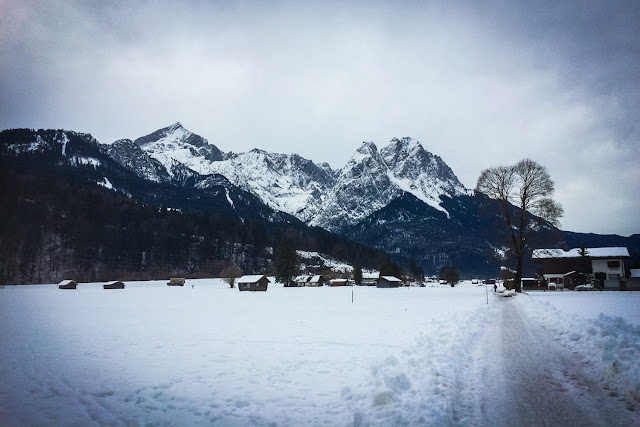 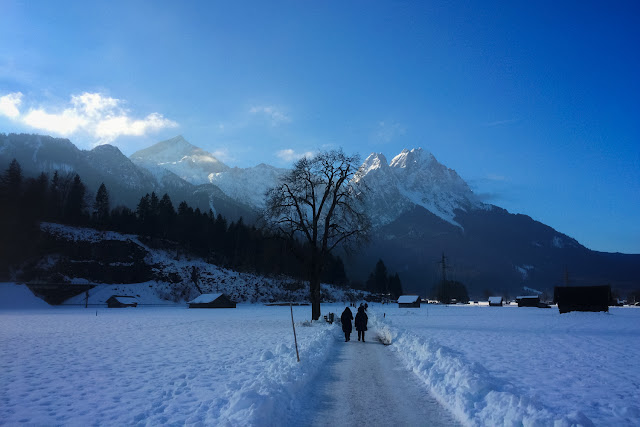