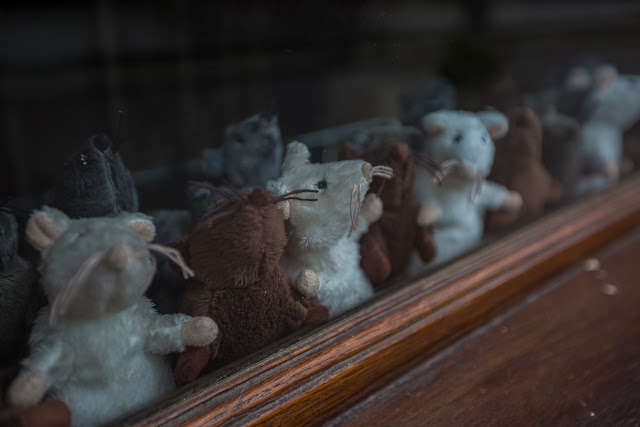 We’ve been having a very mice Christmas. They appear to have made their home in the kitchen, as well as upstairs in one of the bedrooms. The wrapping paper my mother gave me for wrapping Santa’s presents was eaten, as were some other things.
Apparently there’s a ghost-mouse eating mince pies in the hallway. “You can never see him.”
The parents aren’t happy at all about this and they want to get rid of them. My dad’s been swearing at the mouse that got into the kitchen after eating a hole in the plasterboard in the ceiling. “That shagging mouse!”
He swears at it despite acknowledging that he would have done the same thing if he were a mouse.
They’ve been leaving poison out for them, which I find very unchristmassy. The poor mice are obviously just trying to get in out of the rain and cold. Refugees welcome, I say.
We’re leaving for Berlin in the morning. I’ll make sure to leave some cheese out in the yard before we go. Wexford cheddar, only the best.