The seagulls were laughing... 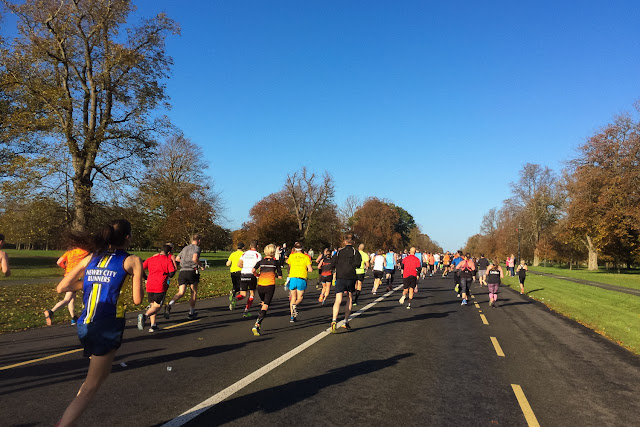 The seagulls were laughing as we waited for the train. They knew. It was 6.45am. People stood around quietly with their see-through marathon bags on their backs, most in shorts despite the early morning chill. Gathering their thoughts and courage for the task ahead. And the seagulls kept laughing. It is ridiculous when you think about it. 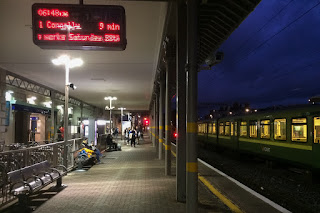 More bag-carrying individuals got on the train as it brought us closer to our reckoning, silent, somber. Others chatted among themselves about their training, the long runs, 20-milers and whether they were a good idea or not. 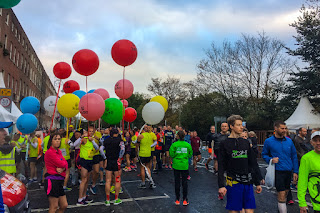 We got to Merrion Square, dropped off our bags, went to the toilet (separately) and then just waited around for the damn thing to start. People tried stretching but it’s futile – you’re unstretched again by the time you get going. Long queues formed for the toilets as everyone went again, another way to pass the time.
They played the national anthem. Finally, at 9.10am, we could run.
I was off! I didn’t feel as much pressure as in Madrid because I’d already run a marathon. I just wanted to see how far I could get. I had to break off a run exactly a week before because the pain in my foot was too much. I invested in new socks with thick soles, ate pineapples, did everything I could to be ready. 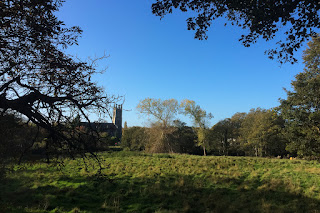 So I took it easy, really only jogged the early kilometers. The weather brightened up en route and Phoenix Park looked great. Well-wishers lined the route and cheered us all the way. Many held up signs.
“Stop reading this sign and start running!”
“You’re running better than the banks.”
I forget the rest.
Kids held out tins of jellies, grown-ups had sliced oranges and fruit, and race organizers had tables where volunteers handed out badly needed water at various stages.
At the halfway stage people were really feeling the efforts of their exertions. I know I was. 21K is not to be sniffed at, certainly not when you know you have to do it all over again.
Then someone shouted, “Keep going, you’re nearly there!”
Snorts of derision from the exhausted runners. I assume a few ran off and killed him. 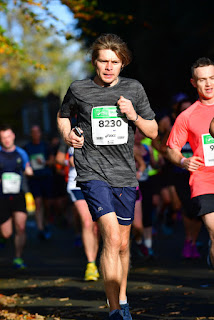 I was going OK – it was tough – until I got to the 30K mark or thereabouts. Then the legs just stopped. The cramps were too much, horrible. I tried stretching and went again. I must have looked terrible, running like a legless crab. Then I’d to stop again, stretch, attempt running again, stop.
The foot was playing up too. It was shit. I thought, this is it now, I’m fucked, I’ll have to walk the rest of the way. But walking wasn’t going well either. The 3:50 balloon passed me, followed a little later by the 4:00 balloon.
I was kinda limping along when one of the gardaí that were running tapped me on the shoulder and said, “Come on, get going.” So I started again after her. It was the first time I ever did what a garda told me. But I would have attempted it anyway.

Some kid gave me a jelly baby and I ate that. It was good. I stayed behind the garda and somehow got the legs going again. We went up a hill and there was a downhill slope on the other side so I used that, let the legs stretch and gravity carry me down. Suddenly I could move again! I nearly cried. I was overtaking people. I didn’t care about pace anymore, I just ran. The phone was dead anyway so I’d no way of pacing myself. I just thought, I’ll run now while I can, don’t stop, don’t seize up, run!
A fella in front was throwing gummi bears in the air and catching them in his mouth as he ran. Showboating, another said. He said he was trying anything to get his mind off the running. “Here, try it,” as he gave me one. I tried it and got it first time. High-fives. He was from Galway. We chatted a bit and then I went on, I had to keep going, couldn’t risk slowing down.
I don’t know how fast I ran the last few kilometers but they were damn fast. I was passing people left right and center and nobody passed me. Nobody. It was amazing. I forgot the foot and ran like the wind. There must have been cocaine in that kid’s jelly baby. 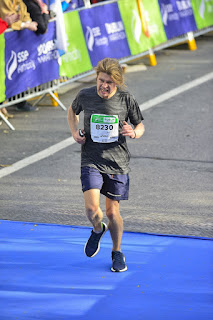 I never caught that 4:00 balloon again but crossed the finish line in 4:09, pretty good considering everything.
The legs seized up as soon as I stopped. Jaysus, the pain! I tried sitting, lying down, stretching, sitting again, anything to alleviate it. Nothing worked. I saw fellas lying on the ground with their feet up on fences so I tried that. That didn’t work either.
I went and got my bag, ate a banana, drank some isotonic shit and began to feel better. I put my jacket on and the medal back around my neck.
I was hobbling along when a homeless fella said, “Congratulations mate, well done. Great achievement. Jaysus, I’m getting tired just looking at ya.”
The young fella was proud of me when we met up, wouldn’t take the medal.
“It’s your medal.”
Helen, my cousin, ran it too. She said it was her last. Naturally, we all went to the pub. It’s the only cure for the Dublin Marathon. 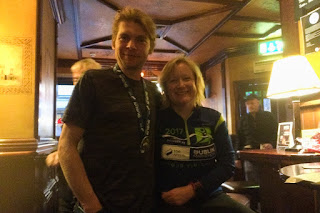 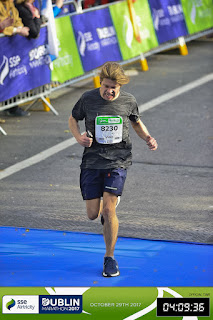 UPDATE: Monday, November 13, 2017 – I just transferred €705 to MSF Ireland, earmarked for the Syria campaign, raised by running this marathon. You surely didn't think I was doing it for fun!
Altogether, that's €3,405 raised altogether since I announced in November 2015 that I was running the Berlin Marathon in 2016 for Syria. I've run two marathons since and neither were in Berlin. Well, life is more interesting when you take the scenic route...
I can't thank everyone enough for your unrelenting support, encouragement and of course for your donations. There is no doubt they will help save lives. Thank you! 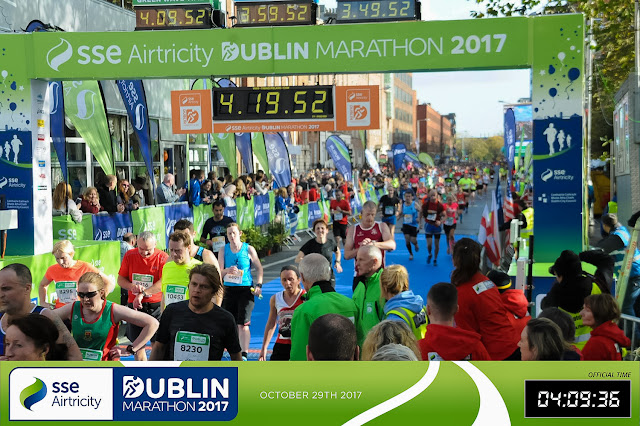