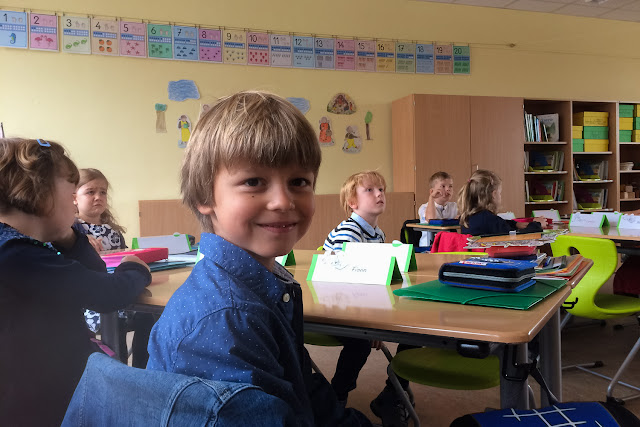 The young fella’s a schoolboy! In truth, he’s been a schoolboy for almost two weeks now – I’ve just been too exhausted to write about it before now.
The first day was a Saturday. Germans couldn’t let the weekend go by without ruining that too. Saturday, September 9. 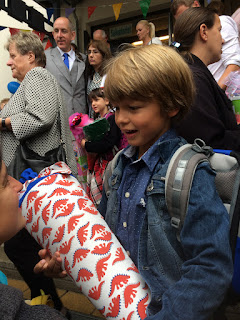 He seemed to enjoy it though, and that’s the main thing. He’d been looking forward to school for ages – I guess they tell them how wonderful it is in the Kita, and he had no reason to believe otherwise – plus he had been told to expect presents and all kinds of goodies in a conical “Schultüte” that all the kids get, stuffed to the brim with sweets and all manner of shite that isn’t good for them.
We brought him to the class for 10am, left him there with his new teacher, Frau Bohne (Ms. Bean) and his new classmates, and then waited in the school hall for the great fete that was awaiting us.
Jaysus, it was terrible. A bunch of kids singing and performing and all the assembled adults clapping along to embellish the shiteness of it all. Maybe they enjoyed it, I don’t know. 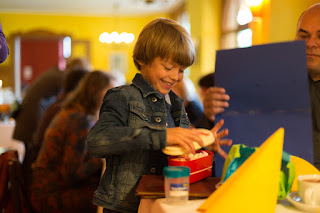 I don’t think the young fella enjoyed the attention when he was called up on stage to receive adulation from a hall-full of people he’d never seen before, but he certainly enjoyed himself afterward at a buffet lunch thing that Jenny organized, not least because of all the presents her family members all brought. They really spoil him, but I know they do it out of goodness. Still, it’s ridiculous how much money he was given. 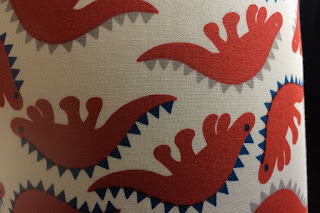 Despite his newfound richness, he still wants me to pay for our flights to Cuba or wherever we may go. (He said he wants to go back to Cuba but not when there’s a hurricane.)
School since then hasn’t been great to be honest. I could moan about the early mornings – his first lessons are supposed to start at 8am, a ridiculous hour to start anything but more sleep or another beer if you’re still out – but his hours are restricted because the school officials care more about themselves than the kids. 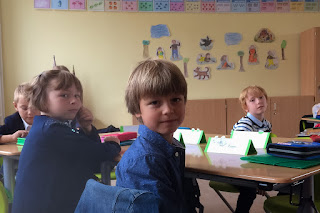 I won’t get into the reasons why, but basically they don’t want him in the school. The headmistress is a wagon of the highest order, the kind of person who should never be put in charge of a school. She’d be happy to see him off somewhere else.
But we’ll persevere. He’s actually learning more at home now, I reckon, than they’re teaching the kids in the school, judging from the homework Frau Bohne gives him in the few hours he’s there. He can still be absolutely anything he wants.
For now though, he wants to be a schoolboy. 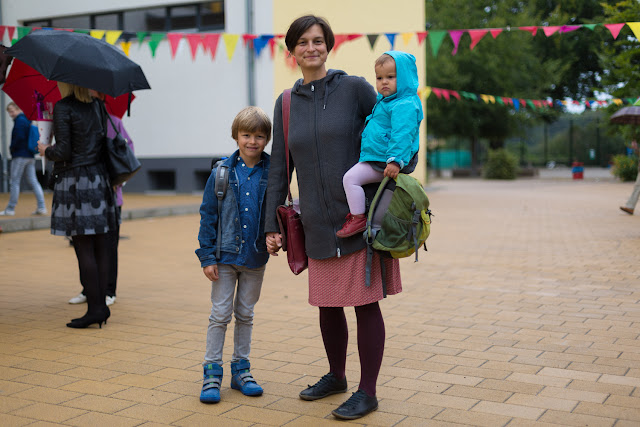