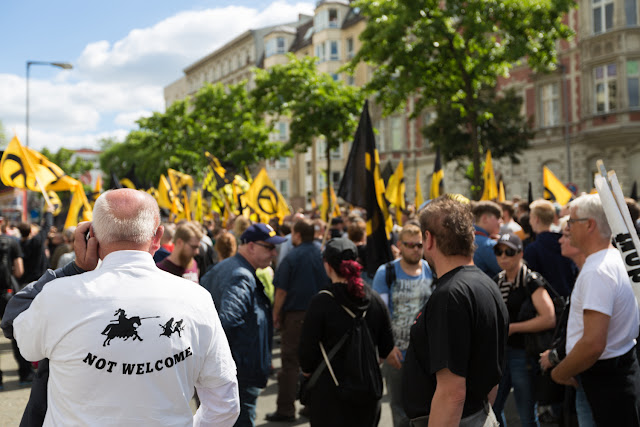 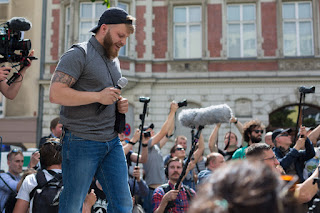 "Berlin is our city," was one chant. There were others along the lines of "Refugees out" and things like that. They're still at it, down now on Brunnenstraße, their progress held up by hundreds of opponents. Thankfully there are many more opponents. There are many more police, too, protecting the fuckers from the consequences of their hate.
"We love our country," said one Nazi, who cast himself as a victim betrayed by politics and the media. They've come from all over, from Dresden – "Heimatverliebt" said one banner – and Dortmund, home to many Nazis unfortunately. 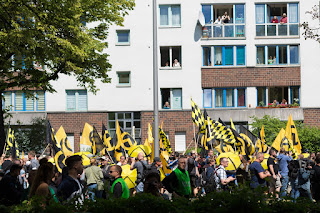 The cheek of these fuckers. They've closed down streets so they can march their march of hate through neighborhoods heavily populated by immigrants, the target of their ire. Some of the residents hung banners to make their opposition known.
What struck me, however, was how young the Nazis are. That's a worry. These aren't just some old cranks (though they were among them, too) but young people, well-dressed men close-cut with hipster beards and matching tattoos, pretty-faced women out in front to lead the charm offensive. The hate is palpable, repulsive.

UPDATE – The Nazis wanted to march to Hauptbahnhof but could only get 600 meters down the road due to opponents blocking the route. Die Zeit says there were around 800 Nazis and more than 2,000 opponents. Berlin did well.
Of course, the Nazis couldn't go without showing their true colors at the end. 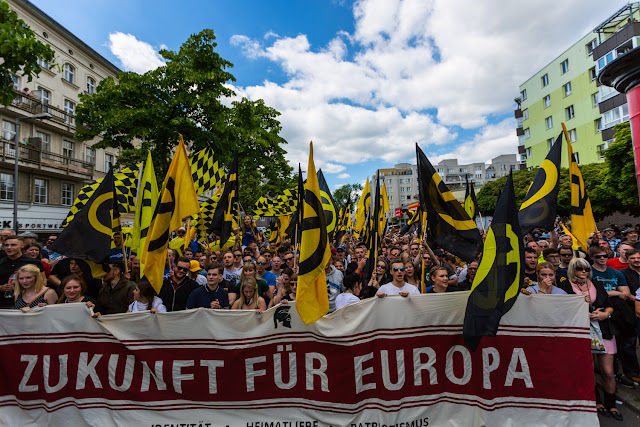 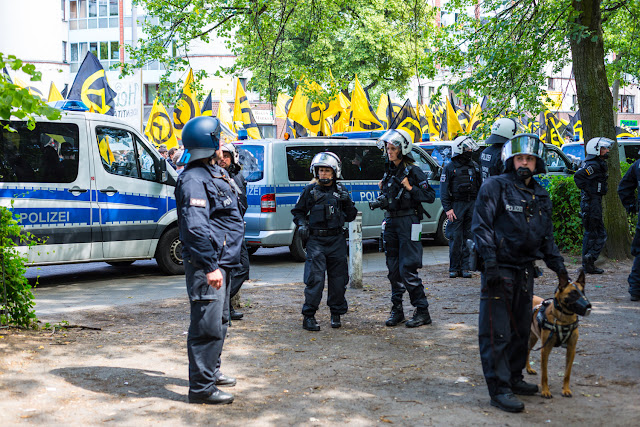 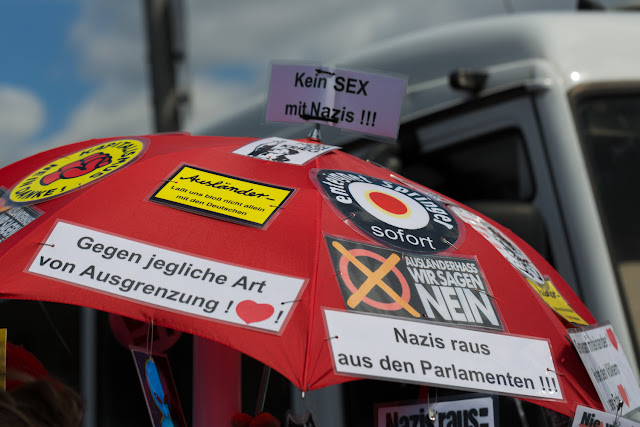 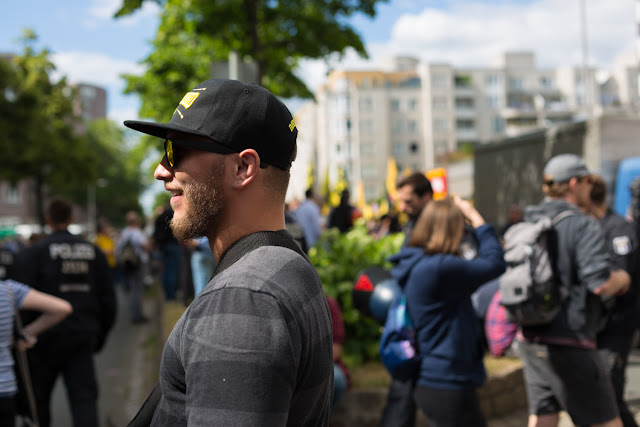 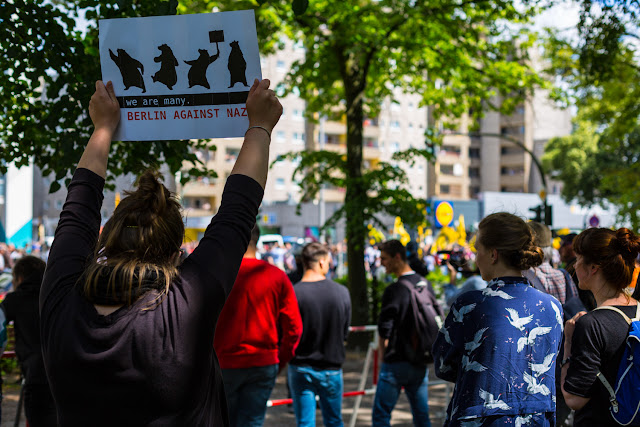 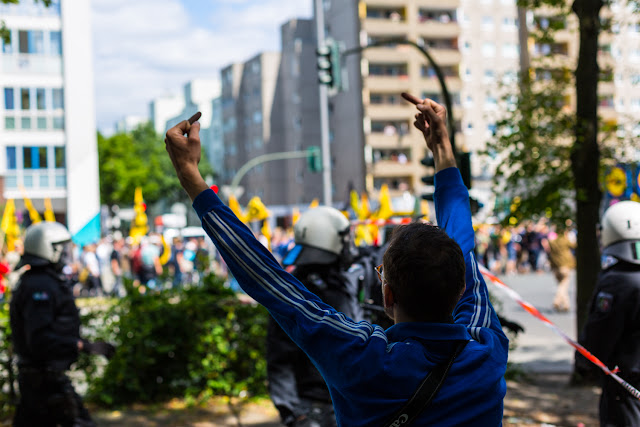 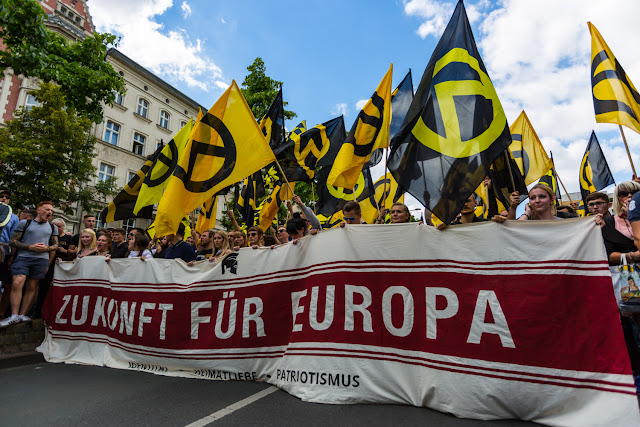 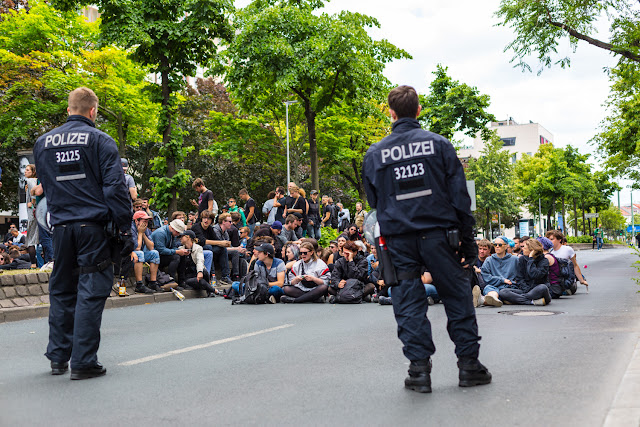 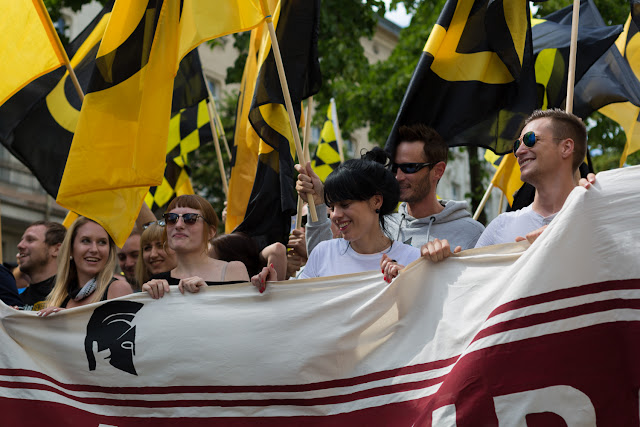 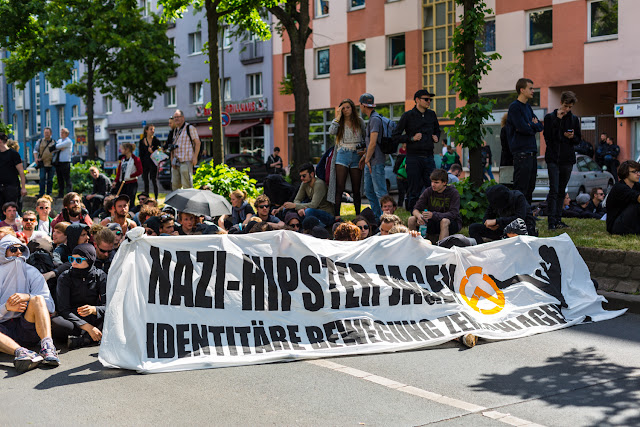 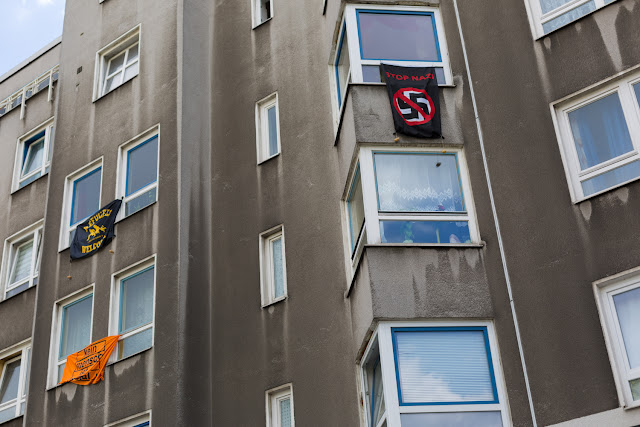