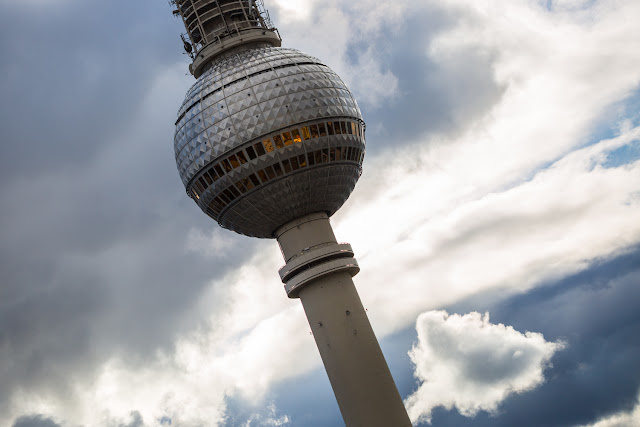 Yesterday marked nine years since I became a Berliner. Coincidentally, it was St. Patrick’s Day too, as indeed it was nine years ago.
I was wished a happy St. Patrick’s Day by the people in a record shop where I had to pick up a concert ticket. They saw my name on the booking and were wondering what kind of weird name it was till I told them it was Irish. Then they wanted to know what it meant. I told them a small black-haired fella, which of course I’m not. They remembered it was March 17, wished me a great day for my country’s “Festtag” and suggested I should go out and drink loads, as if the thought hadn’t occurred to me or any other Irish man, woman or child.
But I didn’t drink at all. It was the soberest I’ve been for Paddy’s Day since I was a baby. I haven’t had a drink now for seven weeks. Though the outlook is bleak and I still can’t run, I haven’t given up on this marathon. My life is on hold till April 23. Whatever happens, I’ll have a drink then.
“He extends himself far beyond his means, pushing his limits and exceeding his own capabilities. The failure of his titanic struggle is preordained, but in the face of overwhelming oppression Stroszek never stops trying anyway.”
I feel like Stroszek. You must go on. I can’t go on. I’ll go on.
The years have gone quickly as forgetful old people say. Of course when I arrived in Berlin I was entranced by all I saw and experienced. Everything was possible in a world turned on its head, flipped right over. Suddenly I was someone else, awakened to life, swimming in new experiences and discoveries and the Spree, buck naked at a theologians’ party. In hindsight, I see now that many of these new experiences simply involved letting go of preconceived ideas, and clothes.
I discovered that I could dance after all because the Germans don’t give a shite what they look like when they dance. They don’t give a shite about anything unless you cross a red light when there’s a kid within 300 meters.
Now I feel I know Berlin and it knows me. I know when you get post in German it’s bad; if you get post in any other language it’s good. I chat with the neighbors and the conversation invariably turns to how things were better in the DDR. “Not all things!” I remind them. And they agree. But they’d just as soon put the Wall back up again to keep the investors away. The antique shop downstairs is closing in June because they can’t afford the rent.
I just read Metamorphosis by Kafka and while I’m not turning into a cockroach, I guess I’m changing too. Being a father will do that to you. He was only a twinkle in my eye when I got here but I’m glad he made it. Where the other twinkles will lead is anyone’s guess.
Labels: beer Berlin celebrations DDR Ireland St. Patrick’s Day