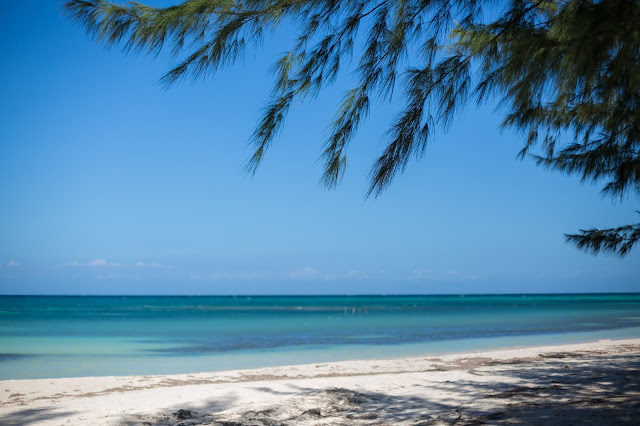 We’re at the most beautiful beach I’ve ever seen. Literally golden-white sand, azure water, palm trees. It’s heaven. The sand is so soft, water irresistible. Caribbean islands are the only way to go. Restaurants are serving rice and fresh fish, delicious. All washed down with green coconuts. 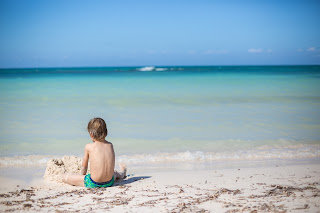 The young fella is delighted. It’s his birthday. He’s been spending it frolicking in the water, running up and down, humming tunes to himself as he builds sand defenses against the sea.
Dead trees at water’s edge are perhaps a sign of climate change, rising sea level.
A cute little hermit crab was on the move, scurrying up a sandbank, looking for a better neighborhood. Or a better shell. The one he had was pretty cool. 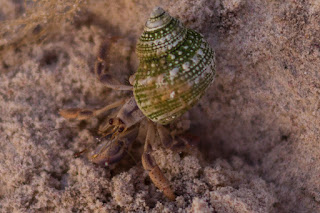 There’s no sign of any Portuguese-man-of-wars (Portuguese-men-of-war?) or any jellyfish at all. Last night we met Guillermo, who warned solemnly they are the most dangerous things in Cuba. "You have 30 minutes to get treatment or death."
He was eyeing my camera suspiciously, then asked if I was a photographer. He said he was the local "fixer" and that he and an Italian friend of his had just shot a book in three days that was being printed in Romania. I think Guillermo was pulling our legs... 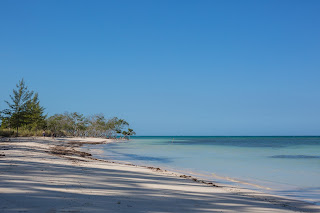 The road here was hardly a road at all. Our coche antiguo spent more time driving beside it, dodging the gaping potholes that rendered the road worse than the ditch alongside. We literally drove beside the road, swaying from one (be)side of the road to the other. 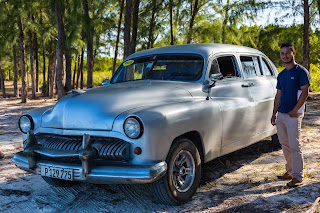 I asked the driver what he does all the time he waits for us. It’s two or three hours to Cayo Jutías (named after the tree rodents that call it home) from Viñales and we had six hours to enjoy before he drives us back. "Dormir," he said. He has two kids too, and wished the young fella happy birthday. "¡Felicidades!"
On the way back he and another driver wiped sand off the young fella’s feet so he could put on his shoes. They jumped to help him as soon as they saw him sock-in-hand. I was doing mine at the time. Neither of us wanted to leave so we left it last second to get out of the water. 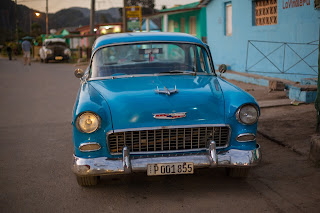 There’s a coche antiguo convoy on the way home. One car either side of the road. Another coche antiguo splutters past through the middle, on the actual road. Recriminations among the coche drivers for letting him past. All good-natured. Of course, there’s not a seat belt anywhere to be seen. The speedometer doesn’t work, nor the RPM thing. Frequent stops en route. One now! Another coche has broken down...
We finally made it back to Viñales. Real Cuban music in a bar. The place is going nuts, people dancing on the pavement. Time for that first mojito...
The young fella is pinching arses again back in the favorite bar. I have to tell him to stop, that there’s a fine line between fun and annoyance. He’ll learn. He doesn’t pinch any more arses, but pulls faces as the girl is blowing him kisses goodbye. He likes her.
Three mojitos. 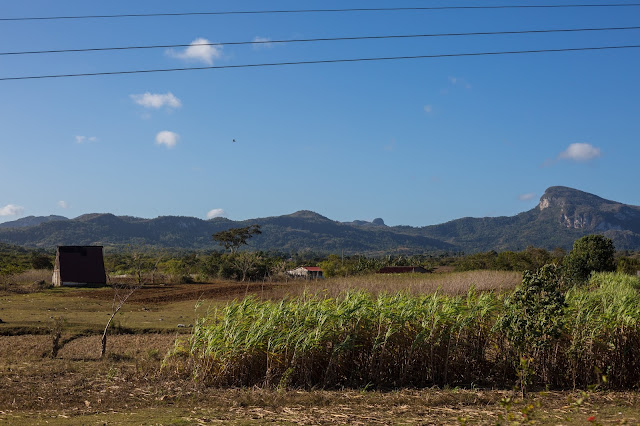 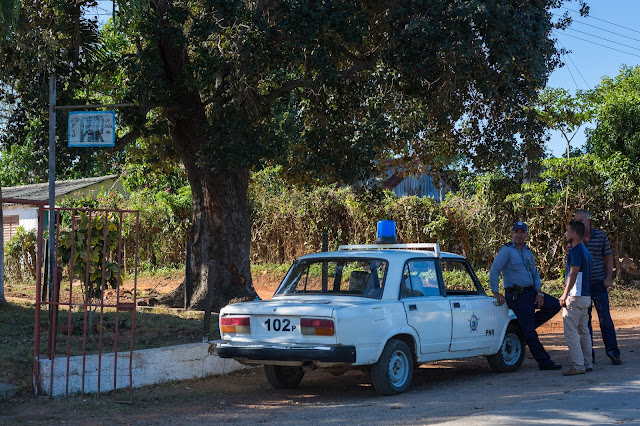 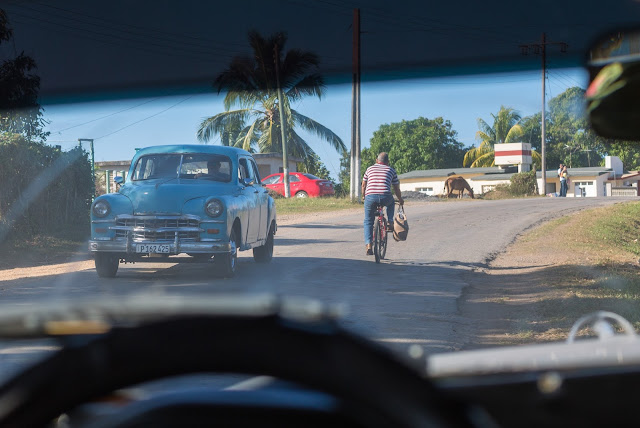 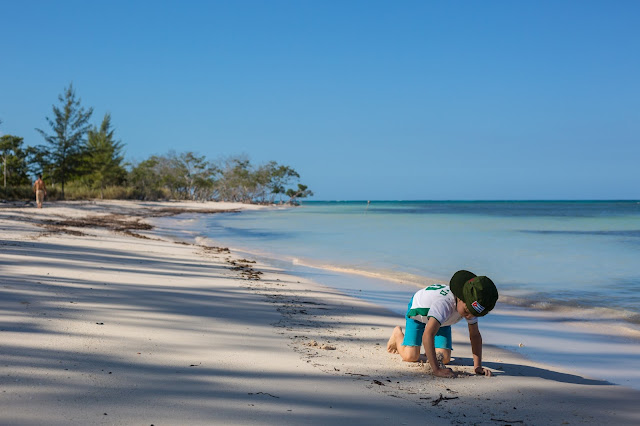 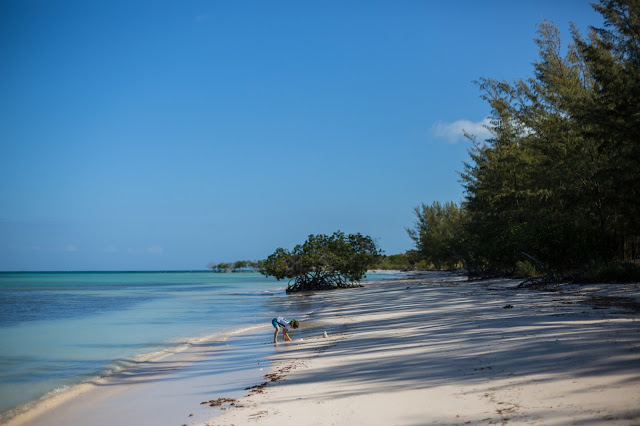 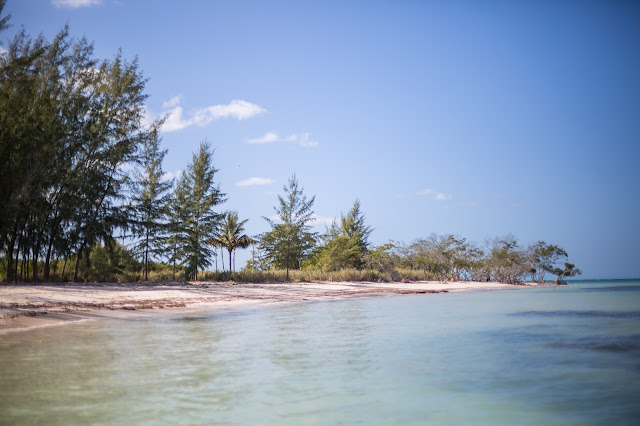 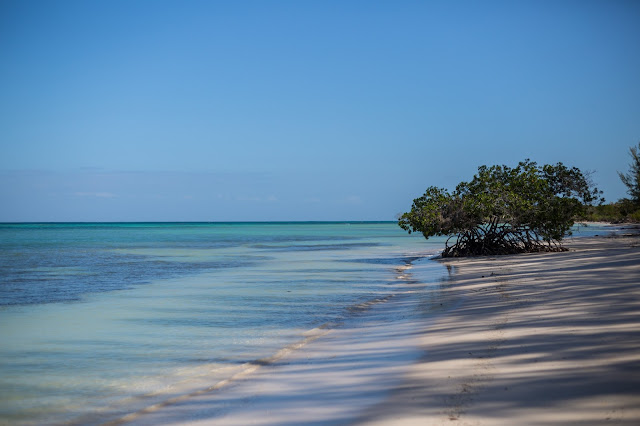 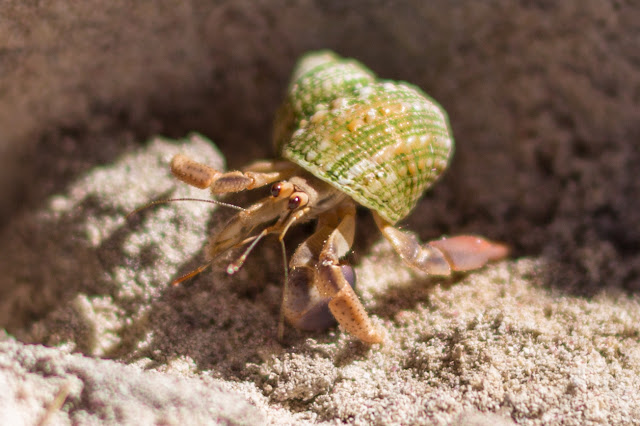 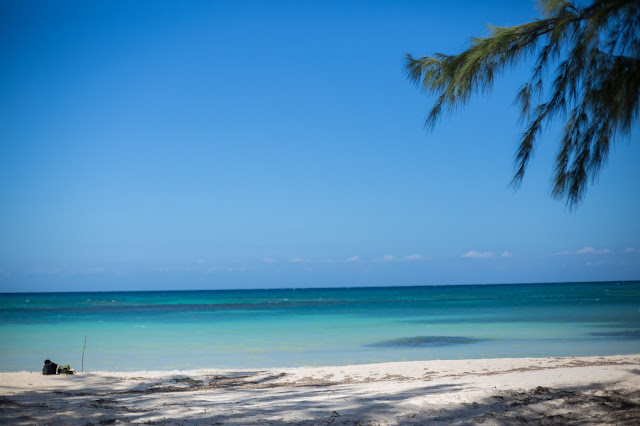 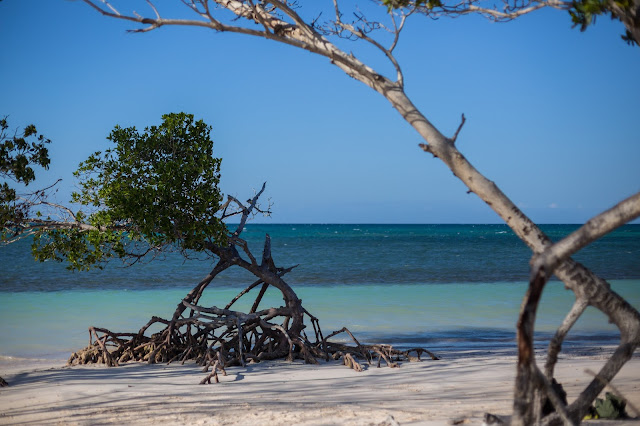 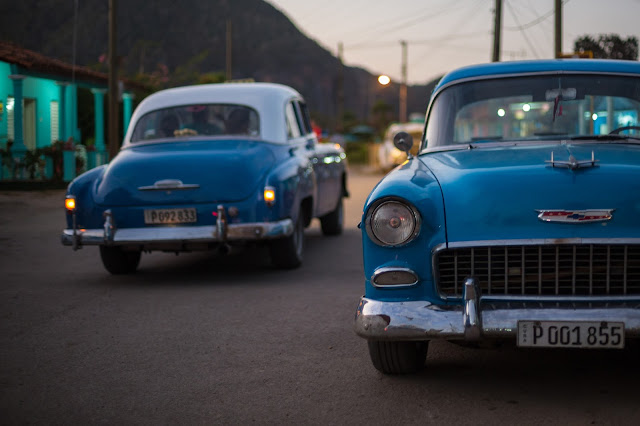 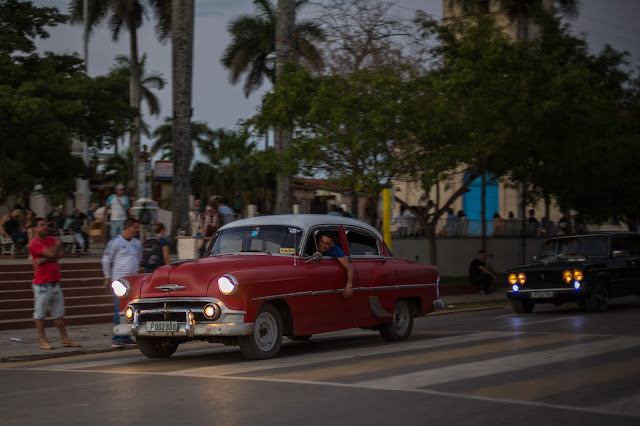 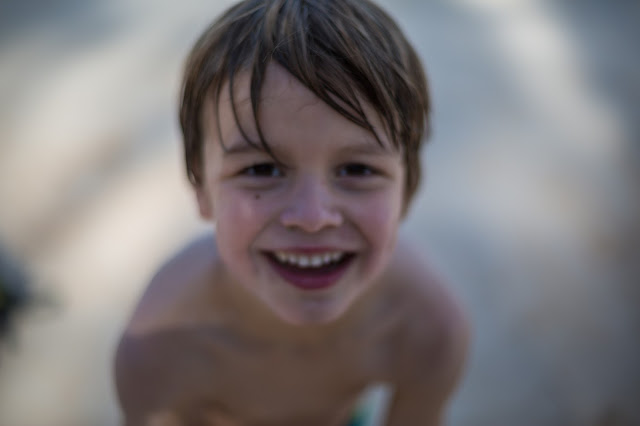