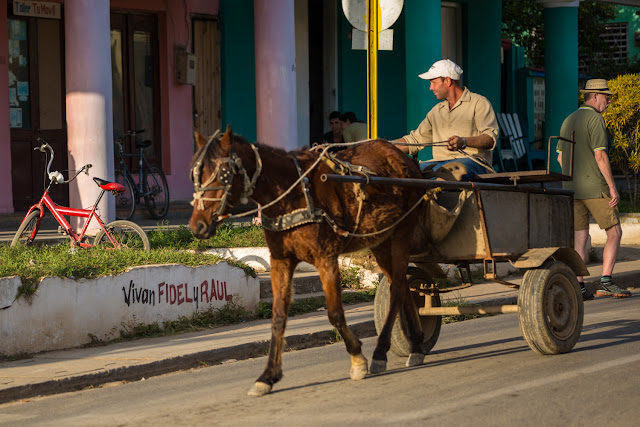 Viñales awakes to the sound of chickens crowing, cockadoodledoing, kikirikireeing or whatever they do in Cuba. Mojito-drinkers they ain’t – the chickens that is. The fuckers are awake and they want to make sure everyone else is too. 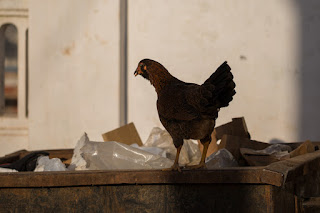 Later on I spot them pecking at and eating polystyrene, that white plastic foam shite that cannot be recycled. I suppose this is one way to recycle it. No doubt it will end up in the human food chain later on.
A hop-on hop-off bus goes around various highlights around the valley so we hop on – time to save the legs. We hop off at Cueva del Indio, a cave with a boat going through it. The young fella’s a bit worried about crocodiles. Someone told him Cuba was full of them… 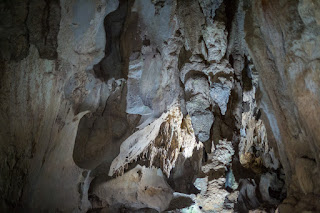 No crocodiles, very disappointing. No unicorns or flying pigs or whatever they were trying to tell us the rock formations looked like either. They all looked like rock formations.
We find a group of locals gathered around a spectacle in the dirt outside. An evil looking insect is attacking a huge hairy spider. Looks like the evil insect is winning – the spider looks shook, crawls away. Everyone ducks when the insect flies around looking for it. Jaysus, it’s a mean looking thing. It eventually finds the poor spider. That’s the end of that. 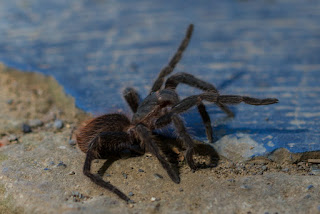 A local fella says neither of them are dangerous. They’d bite you or sting you and it’d hurt like hell but they’re not dangerous, he says. There are no dangerous animals in Cuba. He doesn’t mention the crocodiles. I guess they’d bite your head and limbs off but they’re not dangerous.
There’s no traffic in the countryside. Just horses, oxen, goats and buffalo.
Stray dogs and chickens roam the streets of Viñales, scampering out of others’ way. Cowboys stroll past, faces shaded by straw hats, usually with a cigarette clamped between their lips.
There are no traffic lights. Cars simply stop to let the others go by. A tractor stops in the middle of the road as the driver spots a passerby for a chat. Traffic behind waits patiently. Nobody beeps. All in its own good time. Nobody’s in a hurry anywhere. It’s so laid back it’s horizontal. 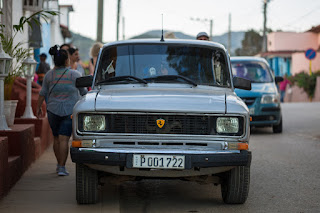 Farming and tourism provide the livelihoods here, though the tourists don’t stop the locals being locals. That they remain, and probably will forever. 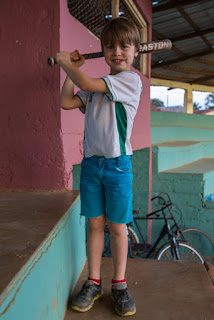 We visit the local stadium, watch kids playing baseball. The young fella is captivated again. Any game with a ball. A local shows him how to hold a baseball bat. He’s all proud.
Another local in a coche antiguo asks us for help reversing. We get him out. Todo bien. We wander onward...
“He had just jocks on. It’s even winter,” the young fella says of a kid in his underwear eating melon outside his house at 8pm. What a country.
I get him a huge piña colada (sin alcohol). It’s a hit. No doubt he’ll be wanting more…
The bar-girls are happy to see him again. We sit at the bar. He’s pulling faces at them, actually pinches one on the arse! She squeals in mock horror. This is getting out of hand…
Birthday tomorrow. I tell him it’s his last night being five. He goes to sleep with a smile.
Three mojitos. 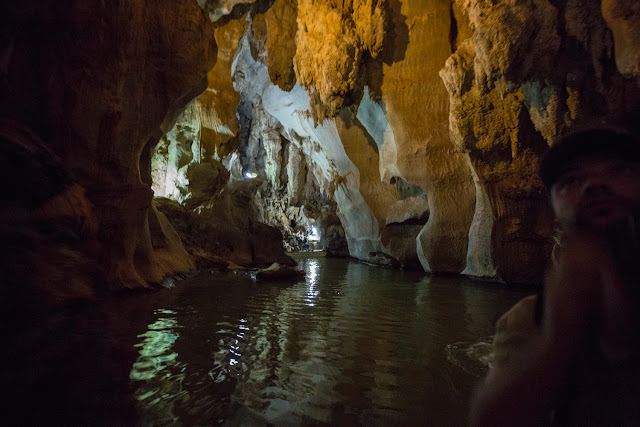 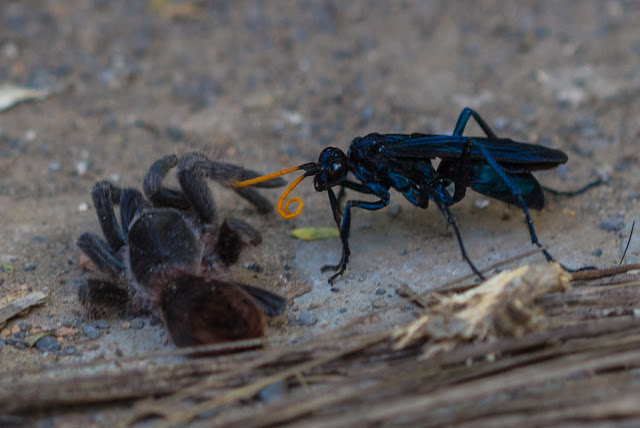 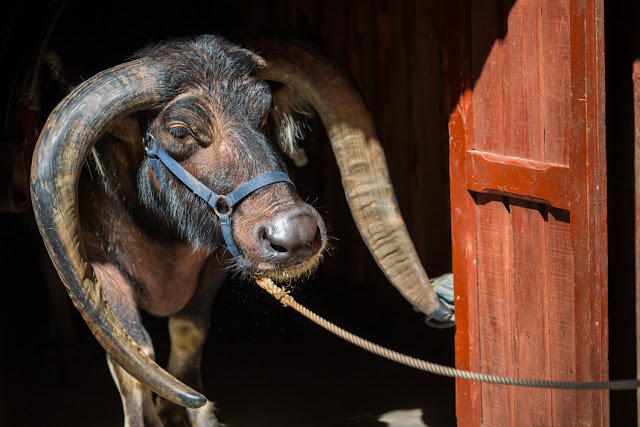 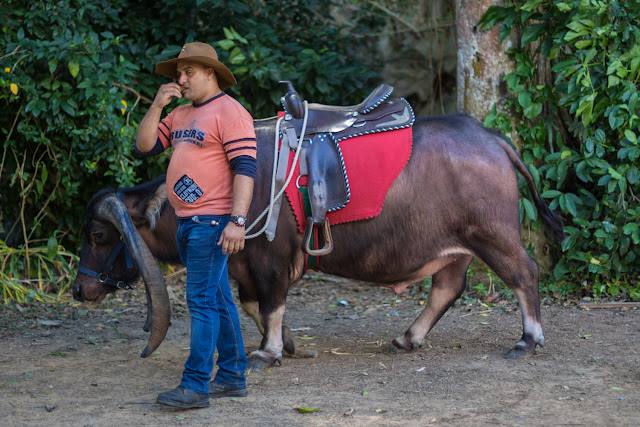 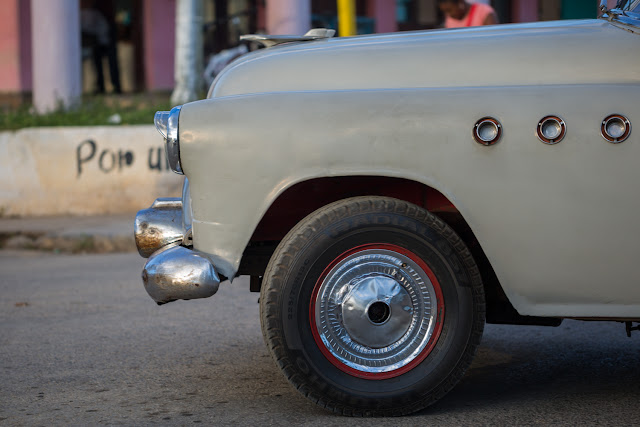 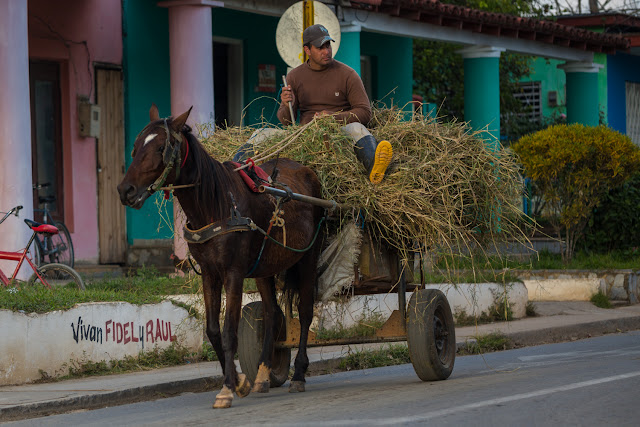 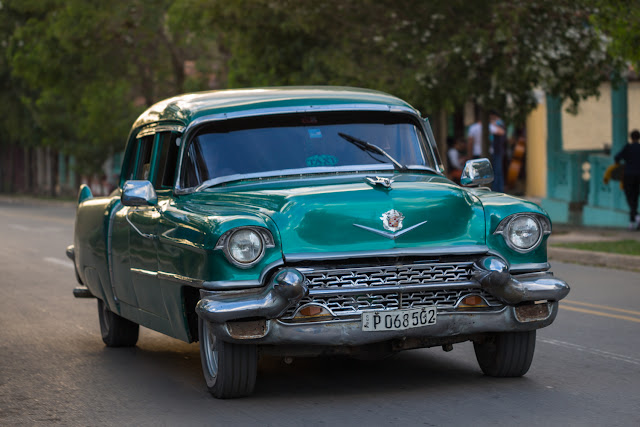 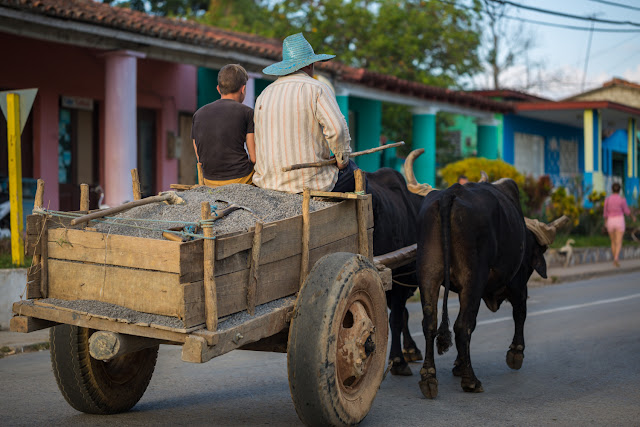 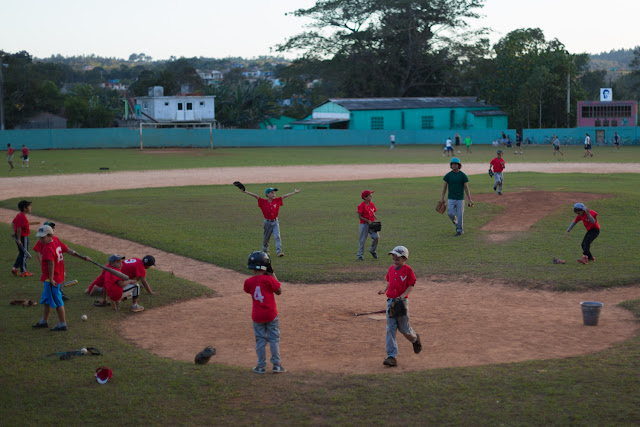 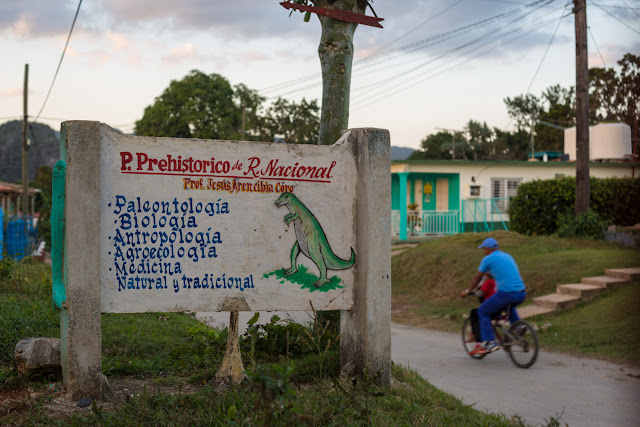 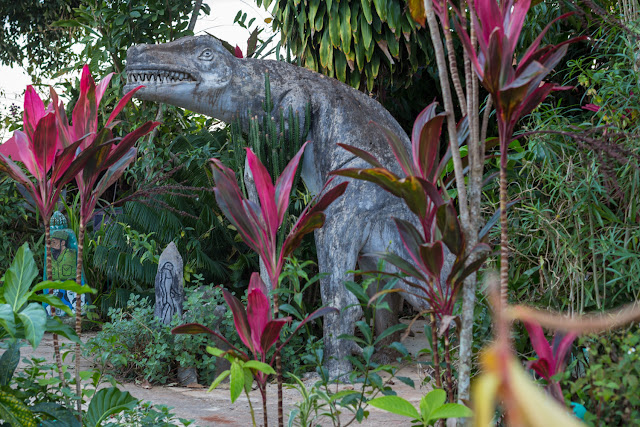 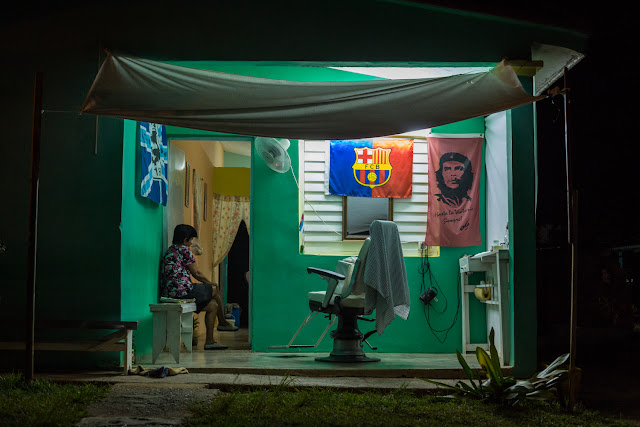