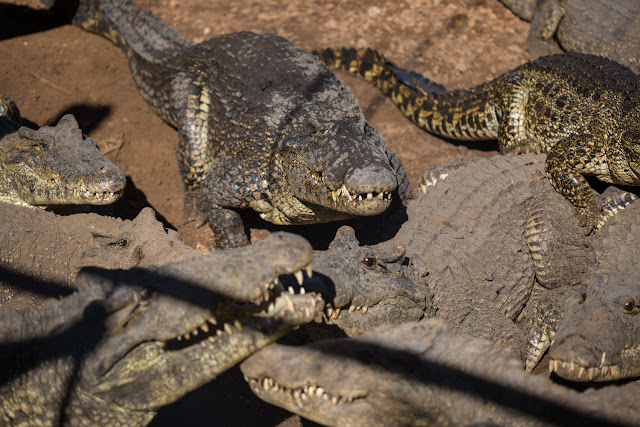 Two days ago we queued for half an hour to buy a ticket to Playa Larga, but could only “reserve” a ticket instead. 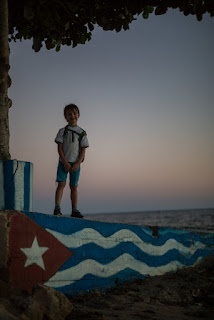 We got to bus station later than planned this morn (via a tuc-tuc, the young fella was delighted), and were told the reservation was gone. Your wan had reserved the wrong date in any case. We were told to wait till the bus arrived. It was full but we should wait anyway.
Bus driver came into office, said it was full. Then he saw the young fella, asked me if we were going to Playa Larga. I said yes. He told the girl to give us tickets. I paid (first time I’d to pay for the young fella because I said he was 6. Will say he’s 5 from now on - till he leaves the house and pays his own way) and the driver told me to find bus 837. 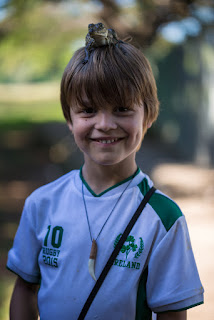 We did. Another bus driver came along, ruffled the young fella’s hair, cleared a load of shit from the seats in front, bags and things, and told another fella (a German) to move off somewhere else. He did and we sat down.
They’d squeezed us on! We’re now on the way to Playa Larga. Todo bien.
Zero mojitos (it’s still not 10am). 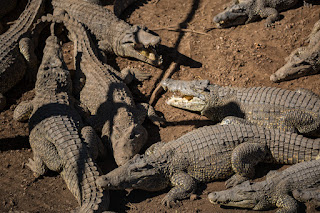 This bus journey is mad. We stopped in a village so the co-driver could go off and buy a load of bread rolls. Then we stopped in another village to they could buy a bag of peppers from a woman at the side of the road. There was a great long chat between them all. The co-driver kissed her on the cheek, the driver was blowing her kisses from his seat. He keeps turning the steering wheel left and right even though we’re going in a straight line. As if he were driving a speedboat and compensating for the waves. I guess he’s compensating for the potholes. 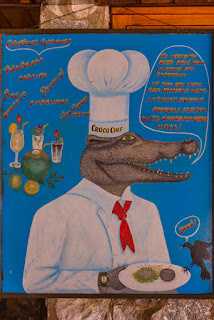 So much happened today, dunno where to start. The bus got us here, Playa Larga, where the Amis once tried invading through the Bay of Pigs. Signs of their humiliating defeat at the hands of Fidel’s heroes are everywhere.
A tank greeted us upon arrival, as indeed it must have the Americans, though they weren’t really Americans at all but disaffected Cubans sent back to do their dirty work.
We went to see the crocodiles at Guamá. Impressive creatures, smirking all the time behind huge mouths of jagged teeth. 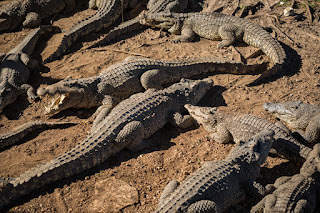 More of a tourist gimmick though, with park rangers flogging teeth or photos with a crocodile for precious cucs. Still, I got young fella a tooth and he got to hold two crocodiles – he was delighted with himself. One of them sat on his head, not the kind of thing he’ll forget in a hurry - you’d think. When I asked him tonight what the highlight was, he said the puppies, which he’d just seen, one named Fidel, which had been rescued by an American woman after they were dumped in the forest to die. So many stray dogs, they must produce ridiculous amounts of puppies. The puppies were cool, mad cute, but I reminded him of the crocodiles and he said, “Oh yeah, I forgot. They were the best.” 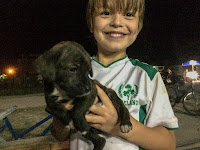 We also went swimming in the Bay of Pigs, young fella delighted again, then piña coladas outside the Späti – Cuba has Spätis! – and a mojito for the road. 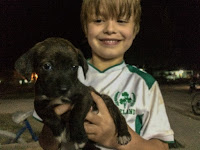 There was music blaring from somewhere on the way home (still, I can hear it as I type) so we went to investigate. It was coming from a building with three guys outside. One went back in to sing or something while I chatted to the other two. They were so damn friendly, so happy to talk! One with no teeth, must have been at least 90, the other younger. Invited us in to listen to more but I had to be sensible and bring the young lad home. It was nearly 10pm. He wasn’t happy (after making friends with Cuban kids at the playground-gym) and neither was I after making mine. Friends are great but you need time to cherish them. Time, which you never have enough of when there’s so much to be done – but what is it exactly that has to be done?! Damn it, we should have stayed out. But he’s obviously tired, asleep almost as soon as his head hits the pillow. Tomorrow’s another day.
One mojito, two piña coladas. 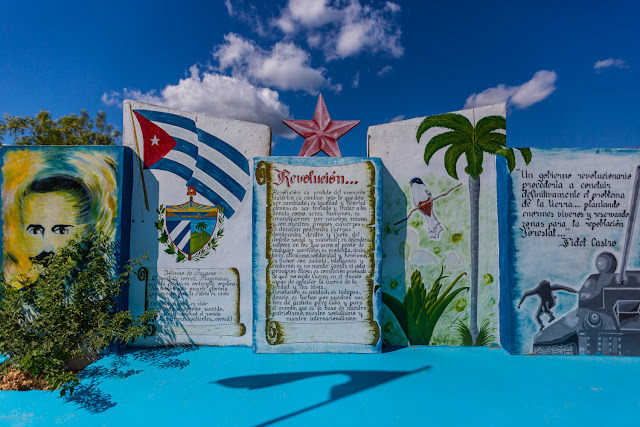 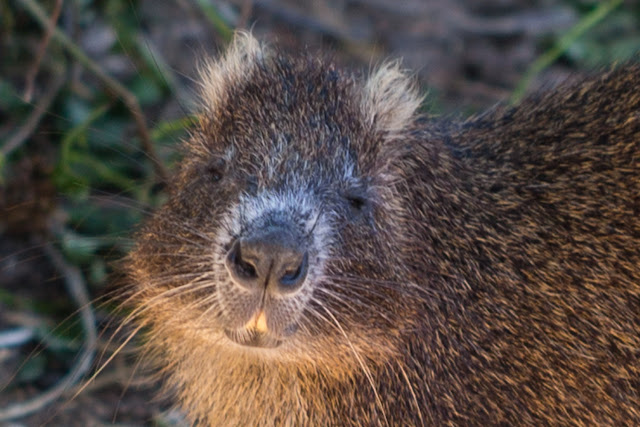 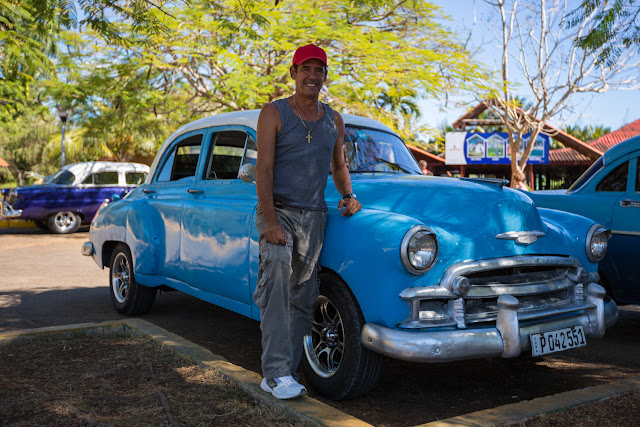 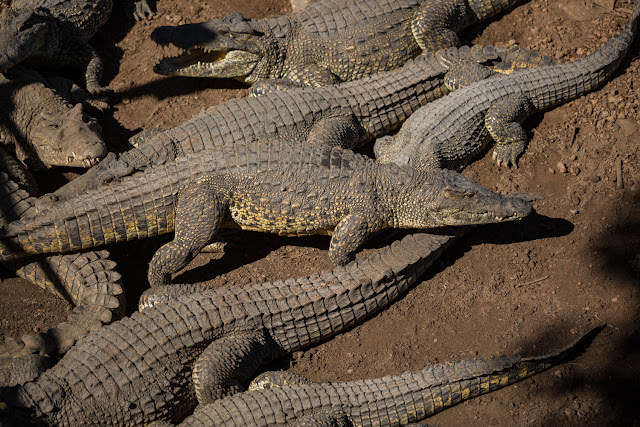 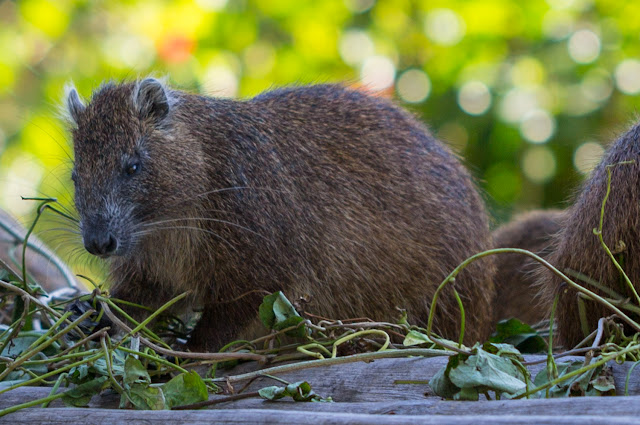 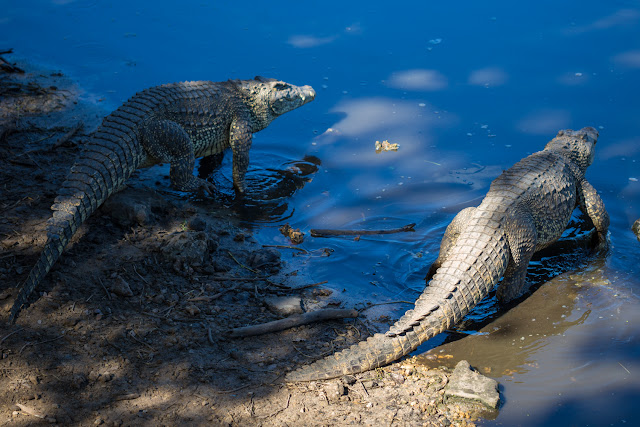 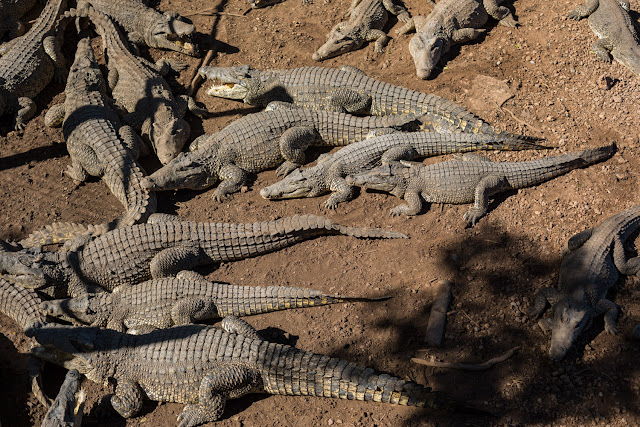 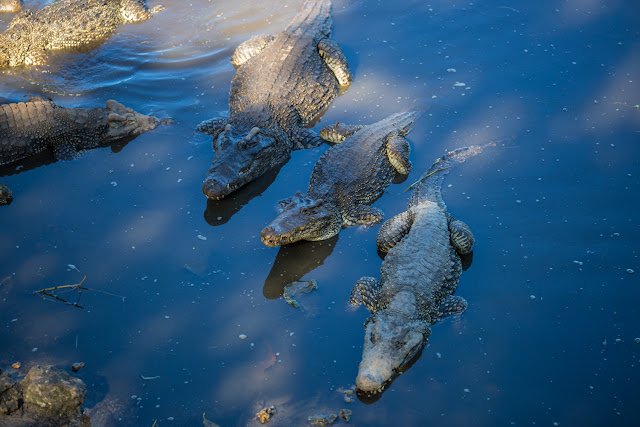 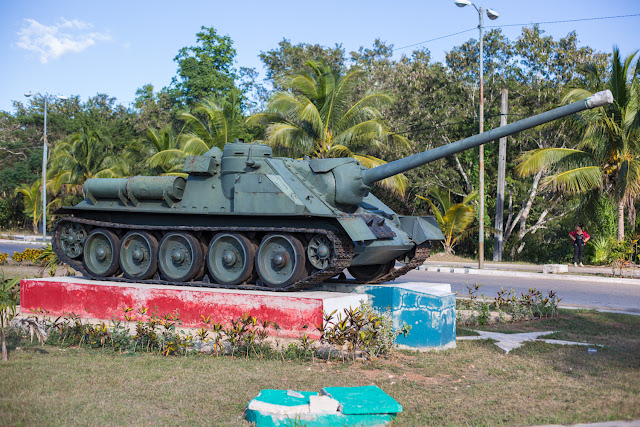 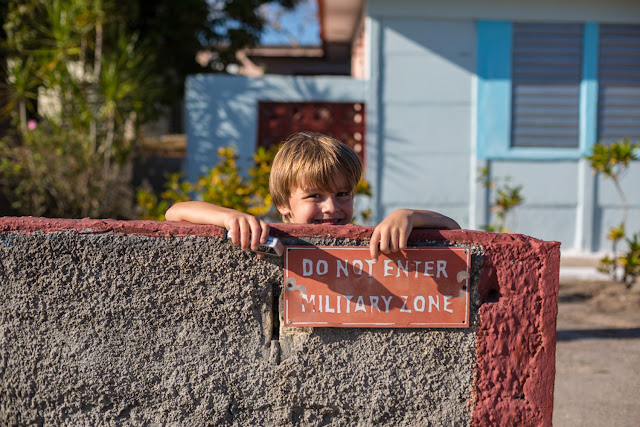 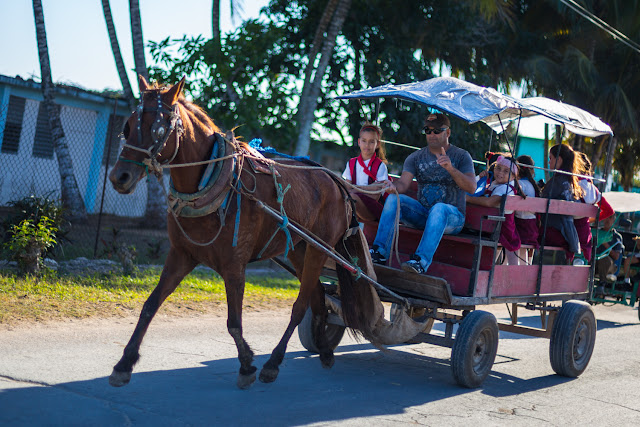 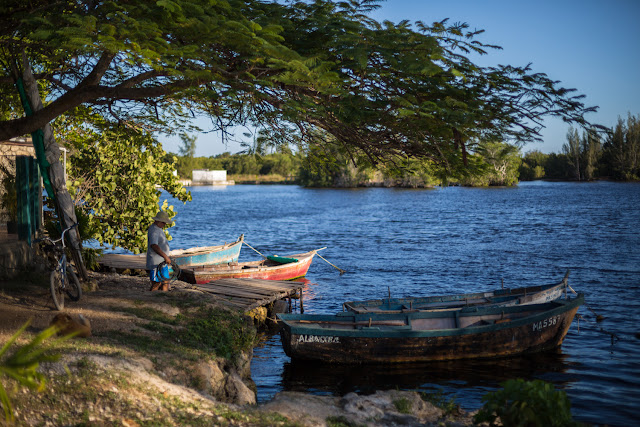 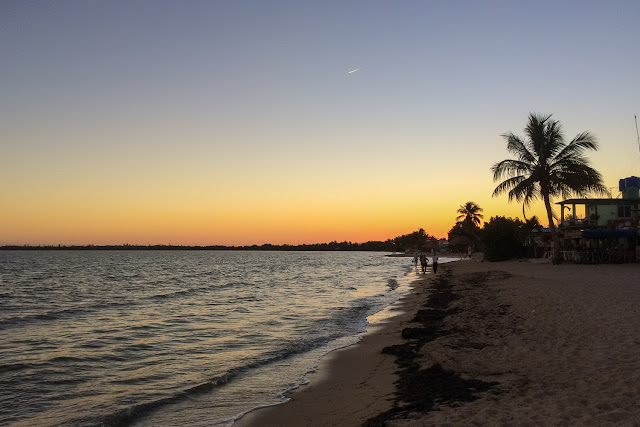 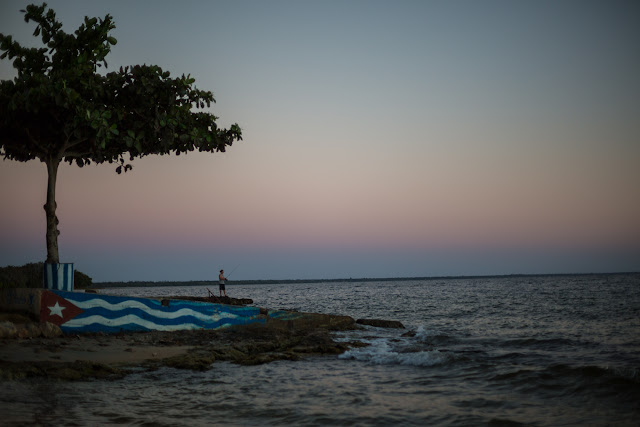 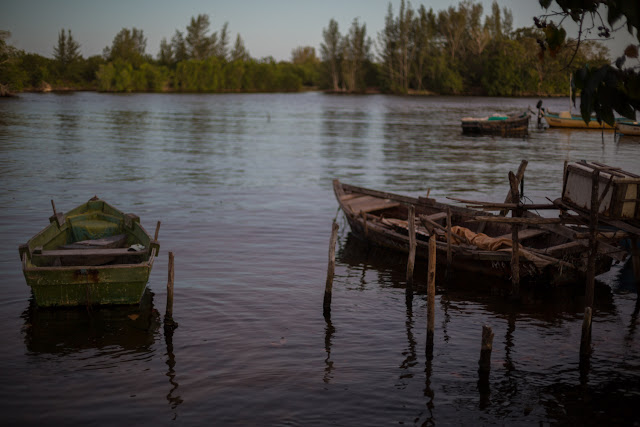 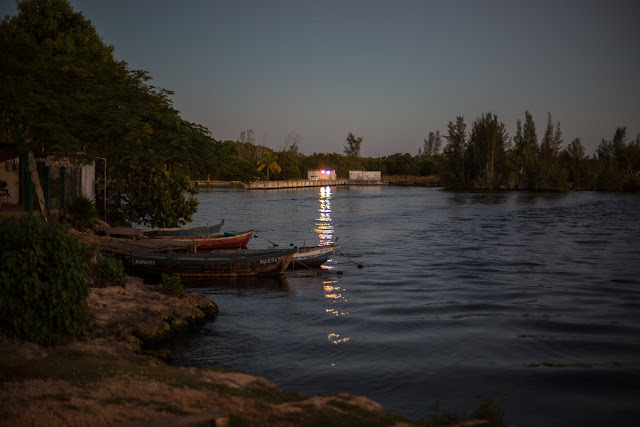 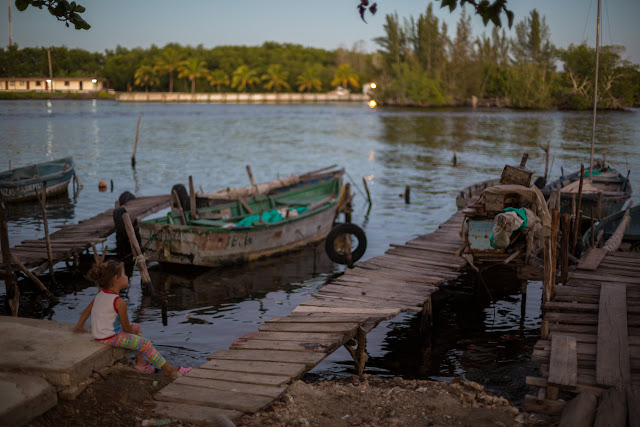 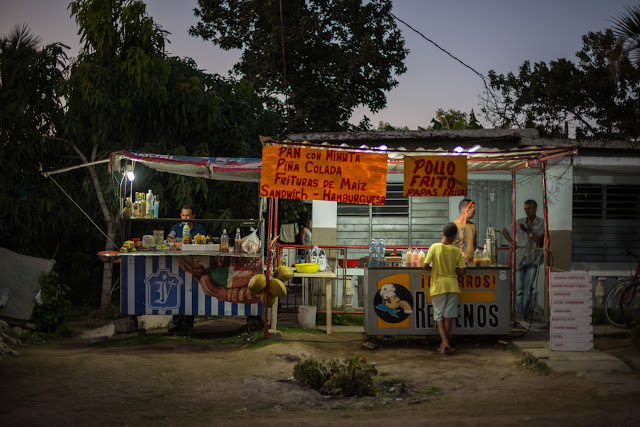 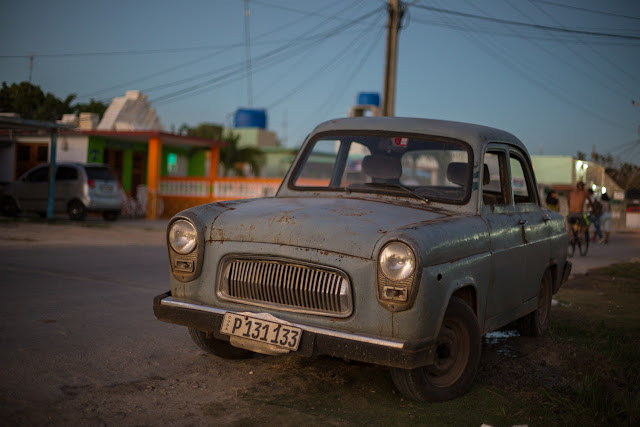