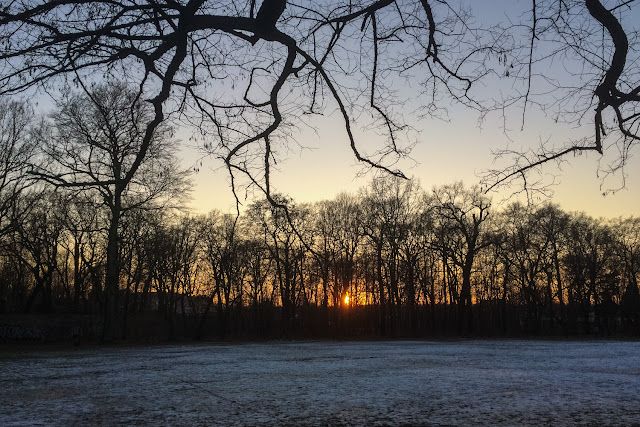 Got the results from the MRI today. They're not good. Cartilage damage and inner meniscus tear. There's a lack of "Kniegelenkerguss," whatever that is, and something else between the tractus iliotibialis and the diaphyseal femur is irritated. Probably due to Trump. 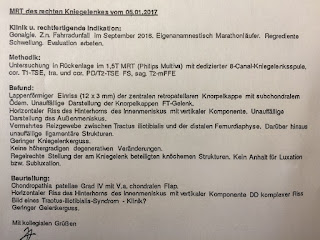 I was given all this info on a fax sent by the MRI people to Dr. Gunter Frenzel and tried deciphering it while I waited to see him. A friend I texted asked a physiotherapist who said, "you'll eventually need surgery, and running might be a bit of a problem."
But Dr. Frenzel was more upbeat. He went through the images on a screen, pointed out the damage. He said he didn't want to operate – I told him I didn't want him to either – and he suggested I just needed to take it easy, not do anything strenuous. He told me how to get up after sitting down, not to kneel on the floor, not to put any pressure on the knee at all.
I told him I'm running the marathon in Madrid in April, less than 12 weeks away, and asked if that was now out the window. He said no! He asked me about the pain now and if I was training already. I said I was, I never really stopped. I told him I'd back problems the last couple of weeks and the hip was still troubling me since the crash but he didn't think they were related.
He told me to take a tablet the night before the marathon and another after it, painkiller/anti-inflammatory, that it'll hurt for two or three weeks afterward, but one marathon in a year might be OK.
He was going to prescribe the tablets for me to try out in training but I told him they gave me heart palpitations the last time he prescribed them, before the ill-fated Berlin marathon. So he scrapped that.
He told me to go for it, keep going, keep training, and to go back to him in four weeks for another check-up. So that's what I'll do. Meanwhile I'm booking flights for Madrid. 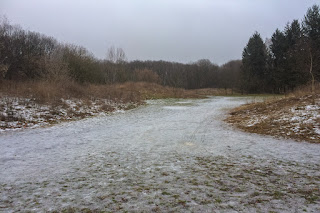 I didn't run in Cuba – the young fella didn't want to run with me – but I've been swimming (once) and running since I got back, through frozen forests, across frozen meadows, around frozen lakes. I'm not going to win this marathon, I just have to run it.
If you didn't know by now, it’s for Médecins Sans Frontières (Doctors Without Borders) in Syria. I know all the media attention is now on the U.S. thanks to that fuckhead in the White House, but I can assure you, the people he's shunning in Syria still need help. They're humans! Mothers, fathers, children who deserve lives free from bombs like anyone else.
So far, thanks to your generous support, we've raised €1,861. Once I get paid for January I'm topping it up to €2,000. I transferred €1,500 to MSF already but I'll transfer another €500 then. They need it.
Donations are more welcome than ever!