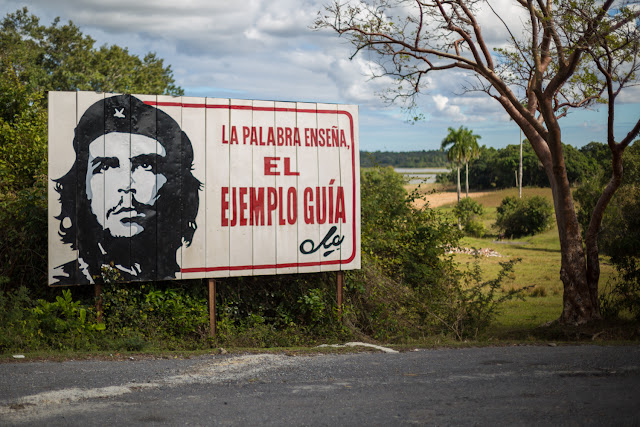 "There isn't any seat belts. Not even in the front." 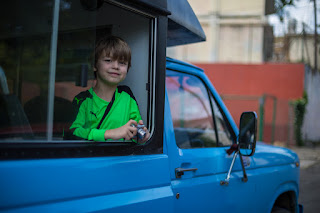 This is Cuba, man. You know what it’s like.
We’re getting the bus to Viñales. Jorge from the hostal walked us to the bus station. I thought it was around the corner but it wasn’t. I accepted his offer to bring us as I thought he had a car but he doesn’t. So we walked and walked again. The poor young fella’s legs will be stumps. It was getting too much for him so we jumped on a bus to bring us the rest of the way. Jorge paid. 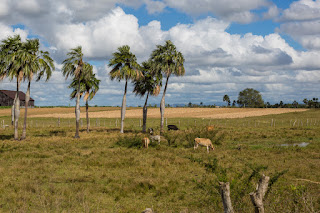 He tried getting us bus tickets at the station, too, but apparently this isn’t straightforward in Cuba. He told us to stand in one queue and went off in search of another. Confused tourists wandered around fruitlessly. Maybe they had fruit in their backpacks, I dunno. Jorge came back, told us to stay in the queue and went off somewhere else. He came back again – all the buses were sold out. The only option was a bus tomorrow or a colectivo today, 30 cucs for the two of us. Right, colectivo then. 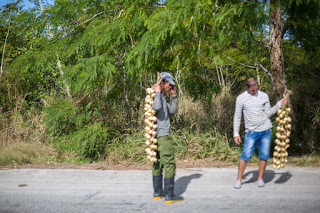 It’s an old-timer American bus of some sort. We’ve been joined by a German woman, a French mother and daughter and possibly grandmother, and an Argentinean fella. All very nice. It’s three or four hours to Viñales, but this is Cuba. It could be anything. 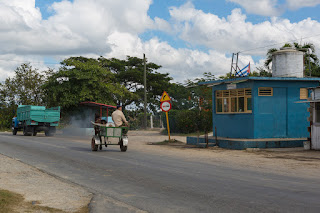 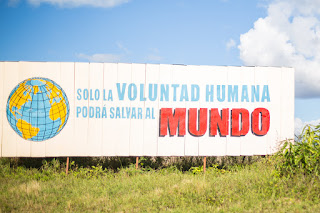 There are hardly any vehicles on the so-called motorway. The driver gives a beep before we overtake anyone so they don’t take a mad notion to swerve out in front at the same time for whatever reason. I guess there’s a lot of swerving to avoid all the potholes…
Ah! Now, we’re visiting a tobacco plantation before we get to Viñales. We picked up another fella en route and he suggested it, said it will only take ten minutes. Yeah, right. 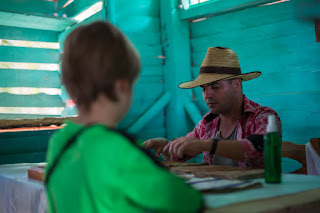 As suspected, ten minutes in Cuba are about the equivalent of an hour anywhere else. But we saw the process of cigars being made, leaves being gathered from the fields, sorted, hung up to dry. They’re left to dry for ages.
The young fella is hooked already. He wants to find another plantation to get more tobacco leaves. They're nice and soft. He got himself a cigar. I nearly tried one but damn, that marathon. Can’t take any chances even if smoking is the least potentially harmful thing in the world at the moment.
Viñales is a one-horse to every ten-tourist town. The place is swarming with English-speakers, French and Germans, all no doubt here to get away from one another.
The young fella is making friends with bar-girls again. Pretty ones, too. I've to find a way to turn that to my advantage...
Two mojitos. 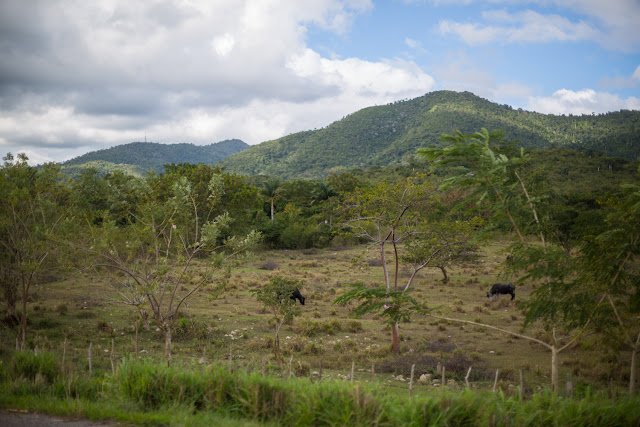 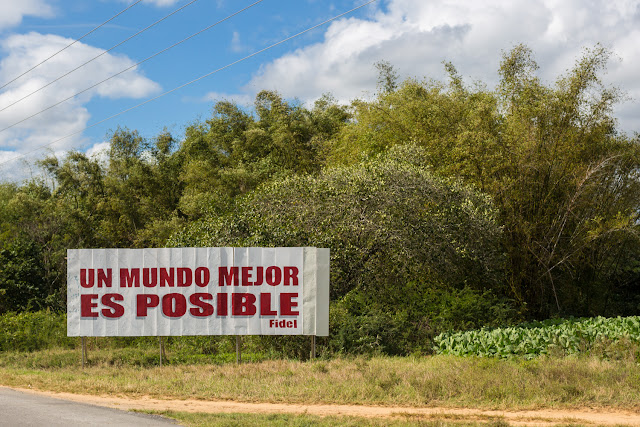 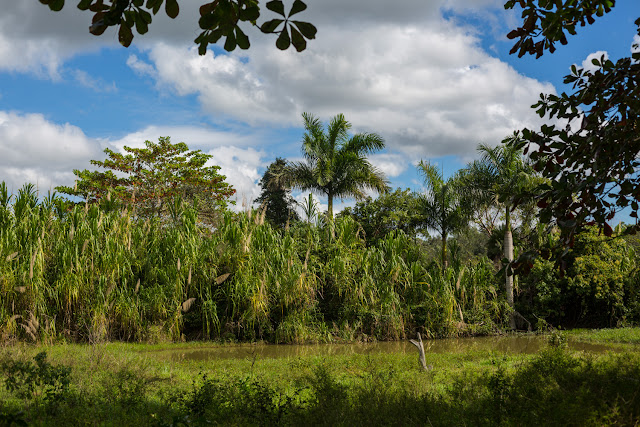 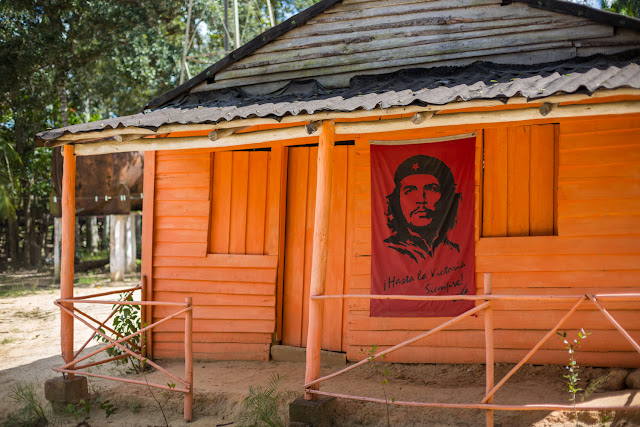 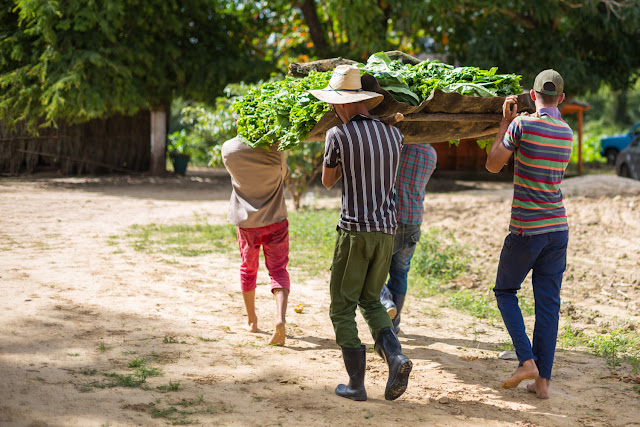 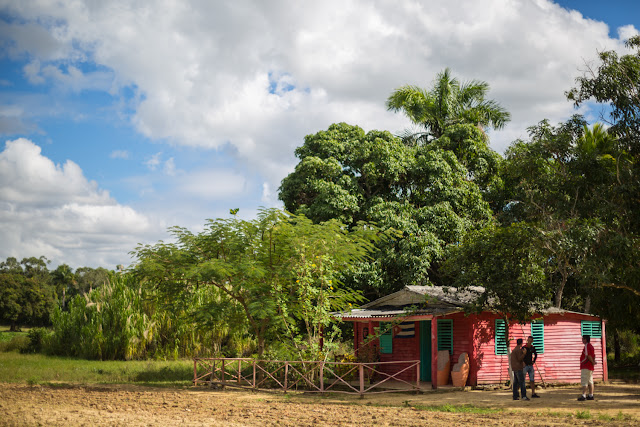 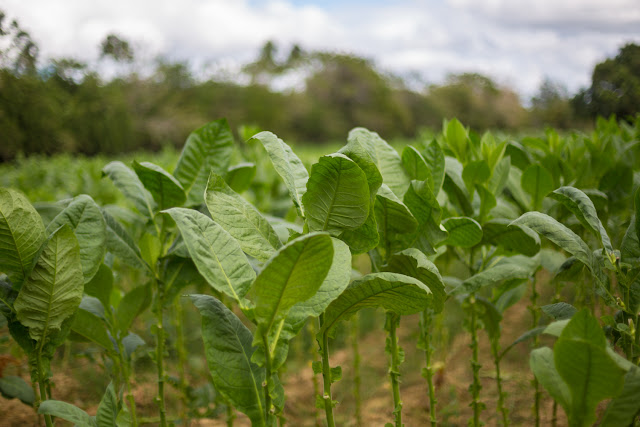 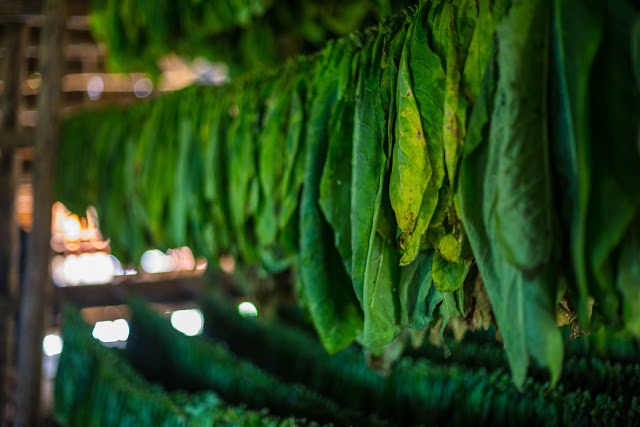 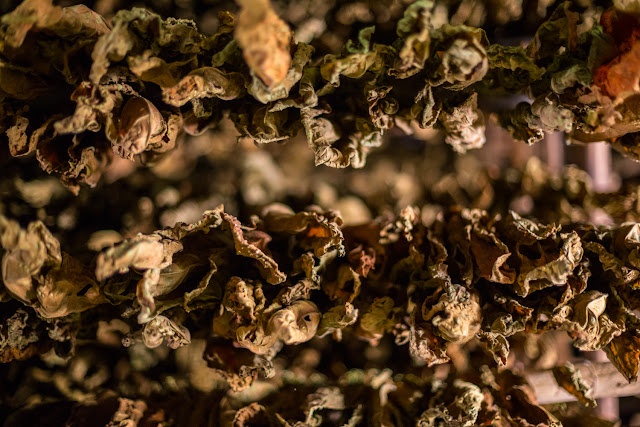 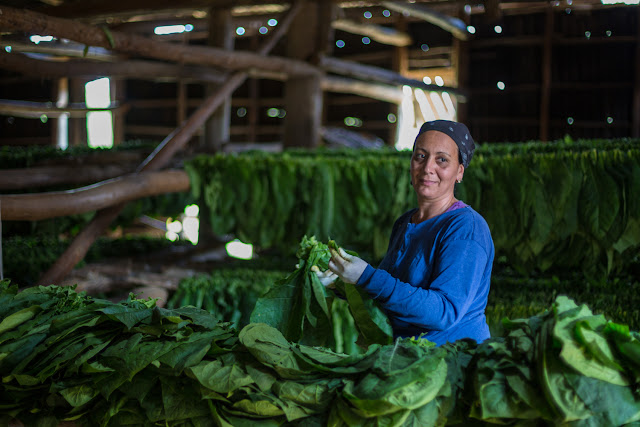 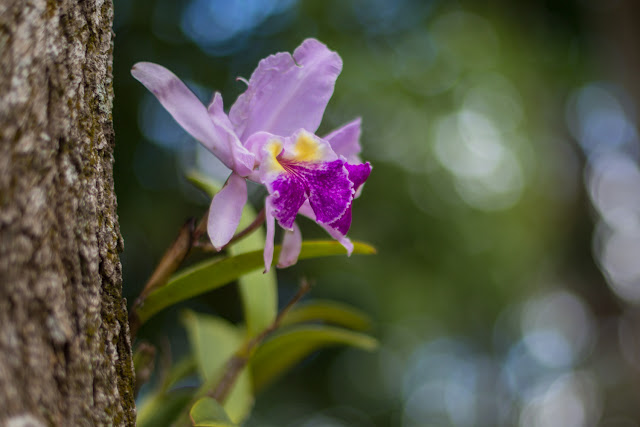