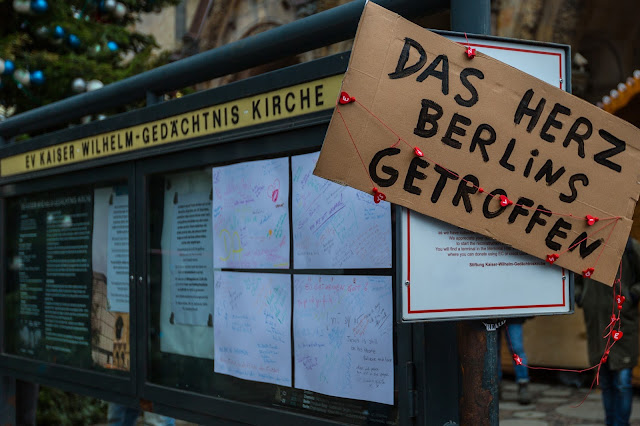 So many words and feelings floating around. It’s shit reading a bedtime story to your kid while aware of what’s happening and sirens are providing the soundtrack outside. Pettson and Findus. I misread gun for grub. But at least the young fella thought it was funny the chickens “would suddenly run off because one of them had found a gun or something.” 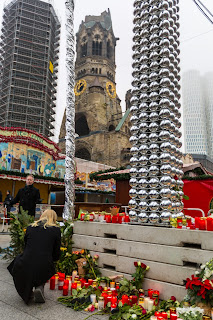 This is the world we live in after all. Innocence being eroded. We should be thankful for any that’s still left. I’m acutely aware that kids in Syria, Yemen, Gaza and elsewhere have witnessed horrors that will haunt them for years to come.
I had to go back to Breitscheidplatz today, scene of just the latest normal atrocity. I’d to get quotes and do journalistic stuff, not the kind of stuff in the circumstances any journalist wants to do.
There was a woman beside me just crying, lost in herself. I asked her if she was there last night. No. She shook her head. Just fucking moved by the whole thing. The implications of my question sank in and she moved off again quickly. As if I’d suggested she wasn’t allowed cry because she wasn’t directly involved. I regretted it straight away but there was no undoing it. 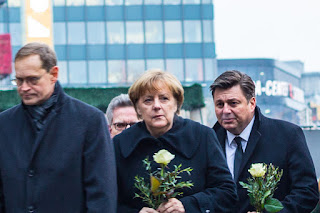 There were others there too of course, loads of people, laying flowers, the candles, the signs asking “why?” and denouncing war and terror. All well meant of course. I just thought the candle manufacturers must be making a fortune. It’s boom time for mourning. 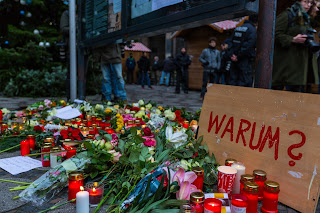 To be honest I don’t think it was a great shock for anyone. Of course there was the initial shock with the first news, but then a sort of acceptance that it was going to happen some time or other. There’d been the business in Hannover after the Paris attacks when they couldn’t secure a football game despite an army of security in around the stadium, and since then I think most people accepted that you cannot secure everything from everyone, every deranged poisoned individual out there. Any crowded place, any public venue. There were fears last year about Christmas markets. It just took another year. 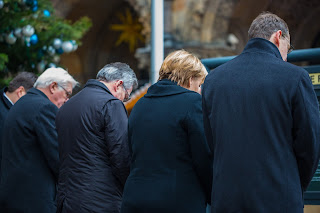 Merkel said today that we don’t want to live paralyzed by the fear of evil. Well, who does? But this is the age of fear and politicians, our esteemed leaders, are contributing to it. 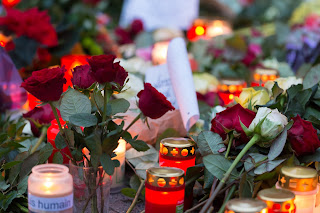 More politicians now are banging the right-wing drums – Trump, Fuckface Farage, the AfD, Le Pen – adding just as much to this “terror” as the sick people who carry out these indiscriminate murders in the first place. Anyone seeking political gain from these abhorrences is just as abhorrent, the same, brothers in deadly arms, people without heart. 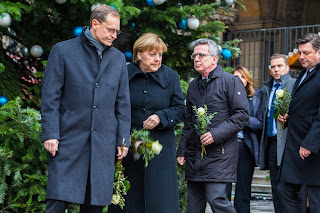 Media too – Bild’s front page for Wednesday is straight out of an ISIS propaganda manual, shamelessly designed to stoke fear. Fear sells more newspapers.
I talked to two refugees tonight, one from Syria, near Aleppo, the other from Egypt, and they refused to be down about the whole thing. One said, “There are always nice people, always others with different opinions. We can’t do anything about it. I haven’t spoken to any (AfD people) and I don’t know what they want. But if we stay here they will see the good we do and hopefully that will change their minds.” 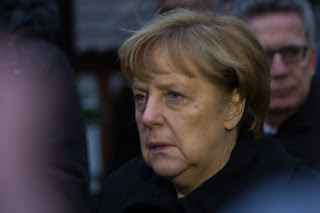 Merkel’s not perfect – I think of Greece and Ireland – but she is one of the few politicians who has shown she has a heart, a conscience, and I’m sure this latest attack has hit her hard, even if she expected it to.
She came to the Gedächtniskirche beside the Christmas market to light candles and lay flowers and so on. Gedächtniskirche literally means “Memorial Church.” It’s one of the most striking buildings in Berlin because it’s the shell of a formerly magnificent church bombed to shit in the war. If that doesn’t make you think...
The problem is getting other people to think too. 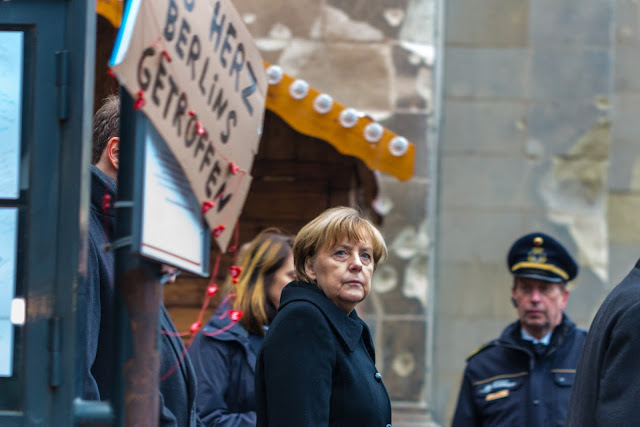 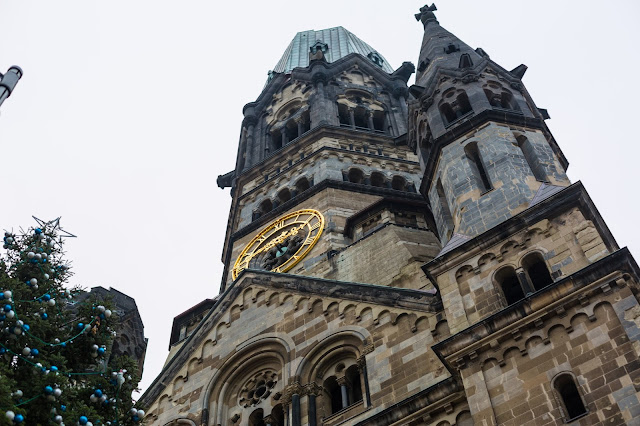 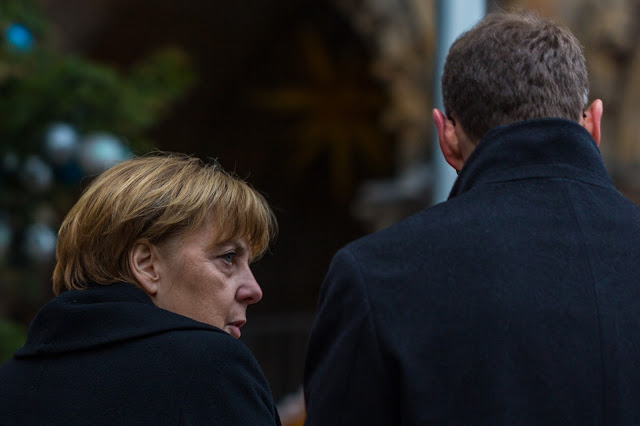 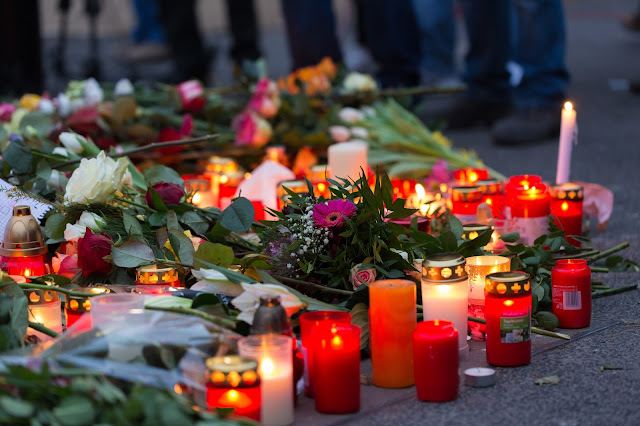