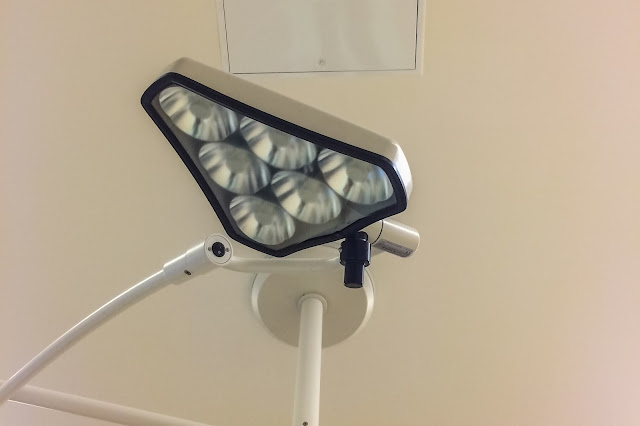 Today instead of running the marathon I spent the day at A&E to assess the damage after my bike crash Friday night. Whatever about the dodgy knee, there was no way in hell I could run it after the crash. That was it, the endgültig aus.
I was simply going too fast, hurrying home, nobody’s fault but mine. Ironically it was because I wanted to rest the knee instead of forcing it through a long cycle that I decided to take the train back, and I was on my way to the station when it happened, when what I was cycling on suddenly gave way to thin air.
It happened and can’t be unhappened. As soon as I hit the ground I knew it was over. Fuck. I hit everything except my head. I picked up the bike, hobbled the rest of the way to the station, sat in the carriage, still probably in shock, slumped over.
There was blood gushing from my hand onto the floor and a girl sitting opposite must have been a trainee nurse or something. She came straight over, took bandages out of her bag and wrapped them around my finger, like some sort of random angel plugging the leak. I mumbled thanks, still thinking marathon marathon marathon.
I even tried running the next day, yesterday, knowing it was over but trying to force another reality over this one. I winced my way around the block, but no alternative universe opened up and I admitted defeat. I was beaten. I am beaten.
I worked from home, got blood all over the keyboard, got through the day and the night and realized this morning I had to go to hospital when I still hadn’t stopped bleeding.
They had to do an operation on my finger. The nail had come off, the wound was open, still bleeding. Somehow the surgeon cut the skin and forced the nail back in and stitched it all up. Blood everywhere. I couldn’t look. He told me not to look as if I could. When he’d finished I told him I couldn’t thank him enough.
“Es ist kein schöne Arbeit, es tut mir Leid.”
A subsequent x-ray showed the top of my finger is also broken. They x-rayed my hip too and think that’s ok, though there’s a chance it’s not. Time will tell, the doctor said. But I know it’s ok. The finger hurts like hell, the hip only hurts when I walk. I can barely notice the knee anymore, so that’s something. I got painkillers and antibiotics and have to go back to an Unfallchirurgie tomorrow.
The surgeons gave out to me for taking so long to go to the hospital, seemed genuinely pissed off. I told them I was an optimist and believed everything would be fine. I still believe everything will be fine.
I was more down about it yesterday but people have rescued me. This whole marathon thing has been an incredibly humbling experience. I’m surrounded or in contact with so many wonderful people, people who have sent good wishes, showed their love through donations and/or messages and/or kind words. People have been there for me big time and I’m so grateful for that.
Apart from the personal side, this was all for Syria, to raise money for Médecins Sans Frontières. And tomorrow I’ll be able to transfer €1,500 that they’ll put to good use there. €1,500!!! I think that’s great. Thank you :)
I’ve signed up for the Madrid Marathon on April 23. I’ll be over my injuries by then, all of them except the blow to my pride, but I’ll overcome that by running 42.195 kilometers that day. Nothing is guaranteed in any life of course, but I’m pretty confident. I couldn’t do it now, this instant, but I’ll prepare properly and I’ll be ready. And I’ll fundraise for MSF/Syria again. They need it now more than ever.
Labels: Berlin marathon MSF Syria