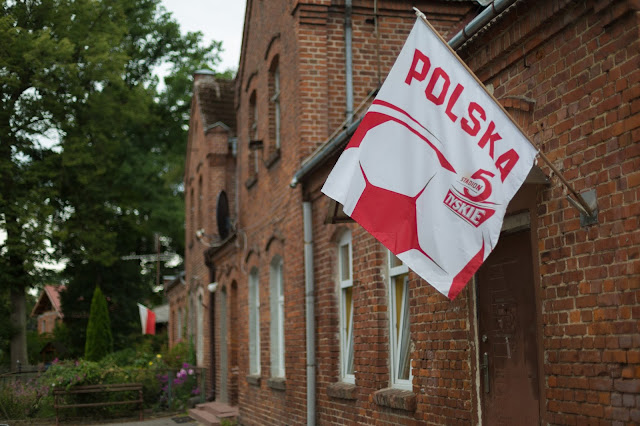 We made it to Poland! Unfortunately we mightn’t make it back. As I type the Trabi is spending the night in a strange garage after springing a leak. Petrol was gushing out at an alarming rate. 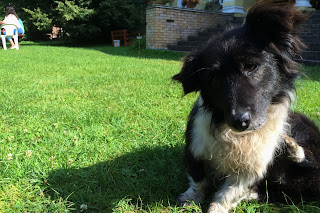 I wouldn’t mind but I was so proud of it for getting us all the way here yesterday. I’d given it a wash and a polish the day before – reward for 43 years’ unapologetic service – and it looked 20 years younger. The chrome was shiny again, the dirt was gone, the windows gleaming and the dull white wasn’t as dull as before. I even got new seat covers! Though I didn’t have time to put them on. Damn it, there wasn’t a moment to lose if we were to make it all the way to Poland… 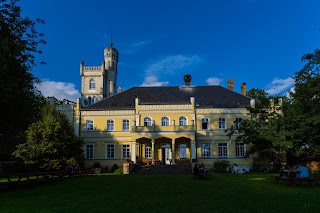 I got a speaker too so we could have music en route. David Bowie’s “Cygnet Committee” was blaring as we flew slowly down the Autobahn with the windows open. That was the life! Escaping the big city and heading for a few days to the seaside. It was to be our second Trabitrip and more exotic than the first. Another country! 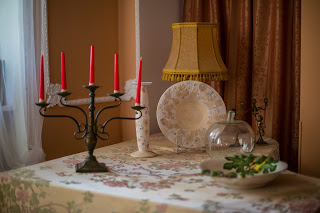 High fives when we crossed the border. We’re in Poland! Unfortunately the roads in Poland are shit. I thought the EU was supposed to sort them out but evidently not. Pretty soon they were shaking the crap out of the car, causing me to wince with every bump. The Trabi’s used to DDR roads, I tried telling myself. 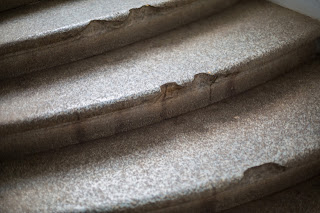 We were nearing our hotel – a castle in the middle of nowhere – when I’d to switch the reserve on the fuel tank. Still 10K to go, I wasn’t sure if we’d make it. Then we hit a dirt track for the final stretch. It was hardly even a dirt track. Only a fucking tank could navigate it properly. But we’d to keep going, bouncing up and down, zooming over bumps and down cavernous inclines only to shoot back up the other side. We were airborne at times. 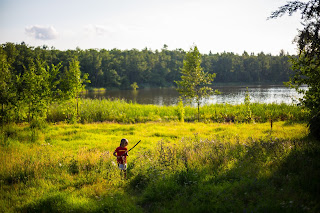 Finally we made it but obviously the roads have taken their toll. The mechanic, who thankfully spoke German, said a screw or something must have fallen out. We’ll find out more in the morning.
The castle we’re in is lovely, albeit small, probably not a real castle, but it’s beside a lake and a forest. I asked someone working here how old it was. “1,800” she replied, making it very old indeed unless she was referring to the year. 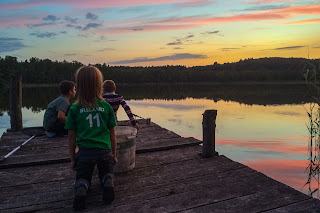 There’s nothing else in the run-down village, a huge church like in every Polish village we drove through, lots of chickens and a few old mangy dogs that growl their displeasure when you pass. Maybe they think we’re German.
I wonder if they know that all the dogs here used to be German, and before that Prussian, and that it is only for man’s eternal greed and the trivialities of history that they are Polish dogs now. 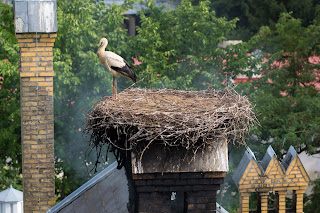 The castle has a huge tower and narrow round steps that go up forever until you emerge blinking and dizzy among the clouds, looking down at the stork who foolishly built his/her nest on a chimney that’s still in use. There was smoke billowing around the nest this morning. Smoked stork on the menu this evening.
We also saw a snake, frogs, dragonflies, fish in the nearby lake, thousands of crickets, and there’s a cat and a dog that seem to like following us around. 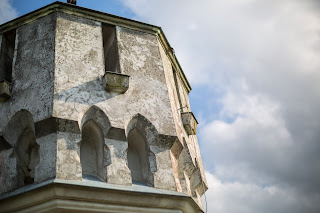 The young fella thinks the king and queen used to live here and he reckons “it was even nicer” when they did. It’s a good thing they’re gone though. He’d have driven them mad by now, constantly asking to play football or badminton or to go fishing or to read books or go off in boats, or everything at the same time.
Really I wanted to bring him to the sea, half an hour away, and let him run off his energy there, but the Trabi’s injury has put that plan on ice. To console myself, I shall treat myself to a mojito for 14 złotys. Tomorrow is another day. 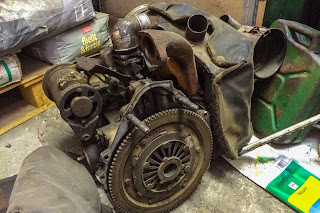 UPDATE: The next day – It wasn’t fixed this morning. The mechanic and his assistants had given up. The screw might have been a special screw and there was no way they could find it in Poland.
The guy from the hotel had given us a lift in and he tried talking to them but there was nothing they could do. We went to another mechanic only to be met by the same head-shaking, even after the hotel-guy told him we were Irish.
On the way he’d said that being Irish opens lots of doors in Poland and that we should have told him we were Irish before. 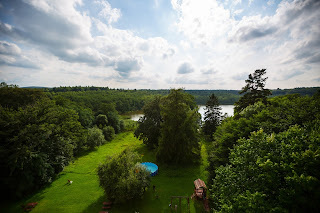 I apologized for all the trouble we were putting him to, driving around in search of Trabi parts.
“For the Irish we do it,” he replied. “Not for the English.”
Another lead turned dead – literally. His wife informed us he’d died a couple of years before and no amount of Irish was going to bring him back. 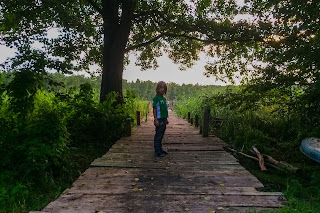 The hotel guy was running out of ideas. Internet perhaps? I looked up the parts but neither of us is mechanically minded and it could be anything. Another dead end.
Tomorrow we’ve to go back to Berlin – how I do not know – get to the local Autobedarf that has Trabi parts, get whatever’s required, and then I’ll come back to Gryfice so the mechanic can install it and hopefully get the Trabi going again. The sea will have to wait for another visit, possibly with another type of car. Trabi troubles are no ordinary troubles. 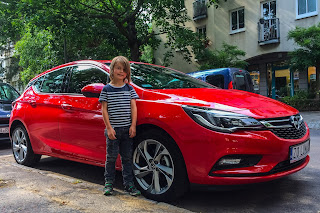 UPDATE: The night after the next day again – The Trabi made it back to Berlin! I know I shouldn’t ruin the suspense with the ending but what the hell, you know now.
I hired a car in Gryfice, drove back to Berlin, dropped the young fella off, went to the Autobedarf only to find it shut, diverted to the Trabi garage and there – after an hour of searching and poking around among parts that hadn’t been moved since the Berlin Wall came down – we finally found the elusive screw. It was so small and immaterial they didn’t want any money for it. I hopped back in the car (one that works) and drove the screw back to Poland. The mechanic put it in and the Trabi roared to life. 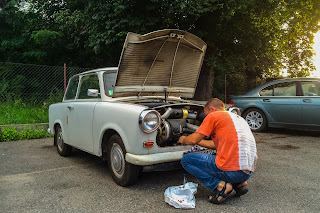 Unfortunately it kept roaring all the way back to Berlin. There’s something not quite right with it. I genuinely thought it was going to explode. The noise was incredible. I stopped twice to let it cool down. BANG! The exhaust both times. I confess impure thoughts about selling the Trabi, banished them, but they kept coming back. I dared not put any music on, just in case. Then I risked it after all. Radiohead, what else? I’m not here, this isn’t happening, I’m not here, I’m not here.
It was dark. A sea of red blinking lights rose to meet me as the Trabi roared past invisible windmills. Down the Autobahn at 100km/h – it wouldn’t go any faster. White lights zoomed past as cars whizzed by and left me chasing more red lights in their wake. I felt alone, sailing, floating along, unsure if I’d hit land or was destined to float aimlessly forever more. But I made it, I made it, or I wouldn’t be writing these words. A candlelit beer was awaiting me at the door. It’s so good to be home.

UPDATE: A week later – The Trabi’s been running fine since it got back to Berlin. Perhaps it was only homesick the whole time. And now the new seat covers are on! It hasn’t looked so fine since 1973. All is forgiven. There will probably be another Trabitrip after all. 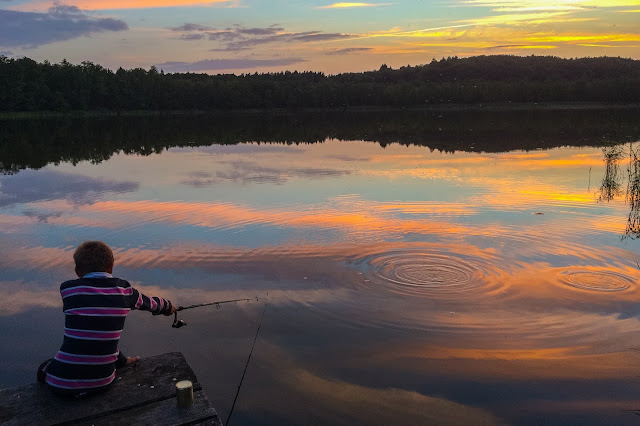 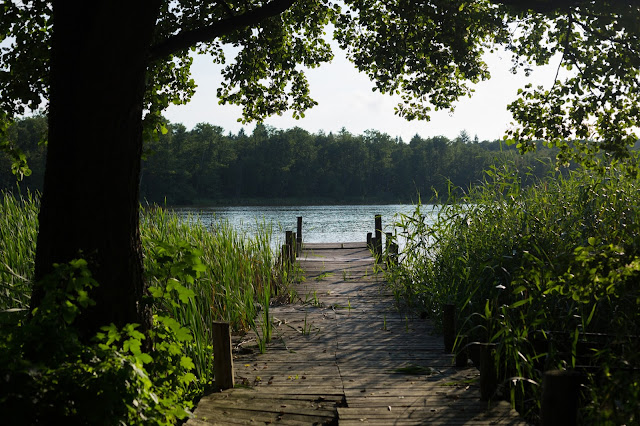 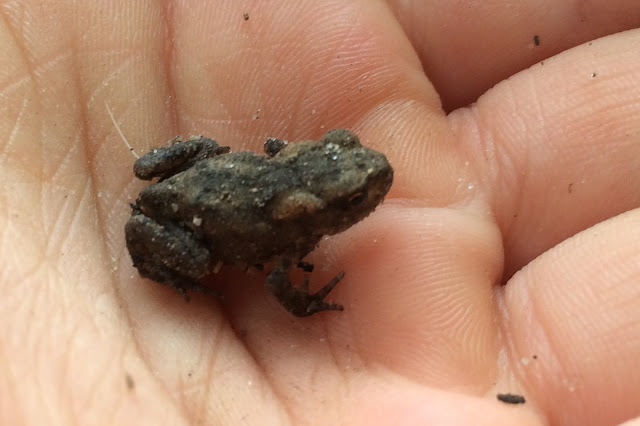 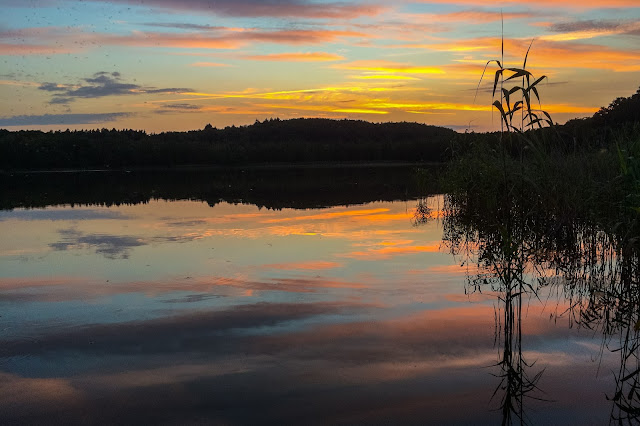