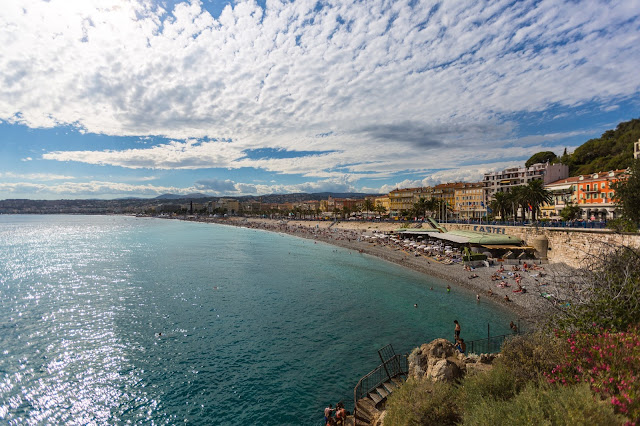 Sonia and Ben left on their honeymoon today. I’m still in Nice. I got here Thursday when it was a different place, before some fuckbag changed it.
We were in a restaurant around the corner when it happened, finishing our desserts when hordes of people started running by and others burst in, looking for shelter. They were crying, panicked, in an awful state. You could see they were terrified. Restaurant staff tried lowering the shutters but they stopped. So many people, they didn’t want to shut them out.
There were lots of kids, one trembling like a leaf, another girl unable to stop crying. “Ça suffit!” her mother told her as if she could stop. The mother was also in bits.
I went outside. People kept running. They tried getting into the Hôtel de Ville opposite. It had big iron gates, there were police, it was safety. I asked people what they were running from. Some didn’t know. Others said stuff about a truck, gunshots, people killed.
Ben and Sonia came out, they’d settled the bill, it was time to go. We brought Mel home in the car. There were still people running, people panicking liked spooked cattle, running together in the same direction. I rang AP in the meantime, told them something was going on. Then I left Mel’s house to go back down to Promenade des Anglais, despite Sonia’s misgivings. I had to go, there was no option. On the way I met more people coming towards me, many of them crying, hands to faces, others being consoled with an arm around the shoulder. But they were only going one way and I was going the other, towards the sirens, counterintuitively. I thought of Fionn but I knew I’d see him again. I wouldn’t have gone otherwise. 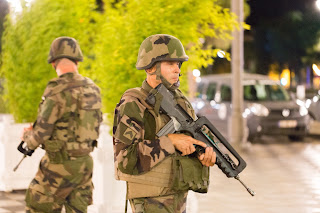 When I got there soldiers with machine guns wouldn’t let me go any further. I argued with one, showed him my press pass but he was very obstinate, kept pushing me away. I didn’t push back. He had a machine gun and you could see they were all very jumpy.
I talked to a few people nearby about what happened and they told me what they saw. Carnage, guns, death, bodies, bits of bodies, blah blah. They were very excited. I got quotes, sent them to AP. Then I took photos, of cops, soldiers, ambulances, and I sent them to AP too. I had to go to a hotel nearby to use their wifi as my fucking internet stick might as well have been a wooden stick. It was in the hotel I met a French journalist from Le Monde or somewhere who told me 60 people had been killed. It was a shock, I couldn’t believe her, refused to believe her, assumed it was hyperbole. I went back and shot live video on my phone until the police told me to stop. “Ç'est interdit.” I didn’t believe them either, argued for a while. But they’re probably right. This stupid “State of Emergency” entitles police etc. to do and say whatever the hell they want. I didn’t think being arrested would be productive so I stopped filming. 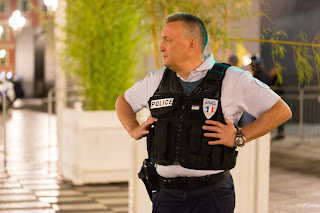 I went around the corner to try and approach from the other side when soldiers started shouting at me to put my hands up. Other people walking beside me put their hands up. I was conscious that somewhere in front of me someone had a gun trained at my chest. I had a bag on my back, they probably thought it was a bomb. I reluctantly put my hands up. Like a fucking eejit. I was so pissed off. Who the fuck were these people? And who the fuck were the people who caused French soldiers to aim guns at civilians and force them to walk down a street with their hands up? They directed us where to go, one queue for men, another for women. The soldier who searched me was very pleasant. He smiled apologetically. “Photographe?” he asked when he saw my camera gear. “Oui,” I replied. So I’m a photographer now. 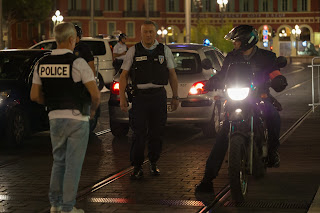 I went back to where I was and shot more video from a safer distance, away from the police. But my battery was dying, it was getting late, and quieter so I started heading home. The battery died so I’d to plug it into my laptop to charge as I walked. There were no taxis. The house was 5K away. On the way I’d time to think about what happened, the people who would never come home, the kids just mowed down. I fought tears. Anger, sorrow, helplessness, I didn’t know what to feel. I still don’t.
Ben let me in when I got there. I apologized. I’d only met the guy that day and here I was, waking him up in the middle of the night. 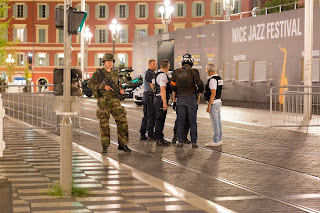 There were emails and messages and missed calls and all sorts of shit and I’d just worked through the lot, settled in bed, when the phone rang: AP in London. Two Egyptian guys in MacDonald’s had footage of the shootout with police and they needed someone to collect it. Would I go? It was 4:30. They needed it quick before anyone else got it. I had to think quick. It would have taken another hour to walk back down, there were no taxis, and Sonia had a car. I knocked on their door. Snores. I hadn’t the heart to knock louder. I took the keys – stole the fucking car – and drove down, but the whole place was blocked off. 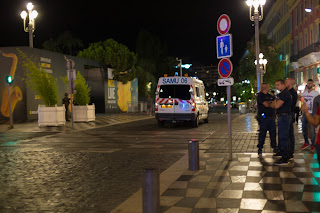 To cut a long story short, I parked far away, ran to the meeting point, met the Egyptians, saw the video, the deal was agreed, and I pressured your man to keep it as he kept taking calls from other media outlets. In the end I lost patience with him, told him to stop taking other fucking calls and just stick to the deal.
It was getting late, or early, and I knew Ben and Sonia needed to pick Annie up from the airport at 8 or 9am. In the end I had to go, remember where I parked (it took a while to find the car again), and make my way back, where I found Ben already out on the road looking for what turned out to be his car. I’d thought it was Sonia’s. I apologized again and we went to the airport to pick up Annie.
I’d agreed to give TV interviews later that day so I couldn’t go to bed. Then I’d to go to the killer’s house, quick in case there was a police raid. I took Ben’s bike. But it was quiet, there was nothing going on and I’m not even sure if it was the right house. I took pictures, sent them, returned, did the interviews and got to bed, 15:15. I dreamed of the end of the world. A nuclear bomb. The noise was incredible. I felt myself turning to jelly and didn’t know if I was alive or dead when I woke up.
That was the end. Sonia and Ben were getting married the next day. That was it. The beginning.
The wedding: wonderful. Nobody forgot what happened, nobody will forget what happened, but nobody let it impact in any way on the day. As I told someone already, we celebrated their love, we celebrated life, and it was even more important to do so. We partied, love wins. It was very moving, literally – everyone was dancing – and I’ve never met such a group of good people, Ben (the first guy I kissed, on the cheeks, I had to after all I’d put him through), Romain (the second guy, and with whom I’d a great discussion about Corsican independence), Samy, Jen, Anne, Annie, Mel… you know, I’m humbled to meet these wonderful people, that’s all, new friends, a whole new world, and that’s what I’ll take home with me from Nice. Merci Sonia et Ben, Je vous embrasse tous les deux. 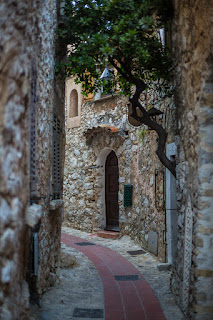 UPDATE: Saturday, August 6, 2016 – AP gave me and David, the guy who I was liaising with to get the shoot-out video, “Beat of the Week” and a cash prize of $500 for our work. I also got lots of praise from various well-meaning people. I’m very uncomfortable with it all. I don’t want to profit from this in anyway and I’ve done better work before, other work I can be proud of. I only did what I had to do, just happened to be in the wrong place at the right time.
I can’t accept the money so I’m giving my $250 share to MSF as part of the marathon effort, bringing the total raised so far to over €1,000. It’s a good figure but I’m still not happy. The atrocities continue. It’s only a token gesture. But MSF will be thankful and their patients will be thankful for any attention they get and for that I’m thankful too. There’s always hope. 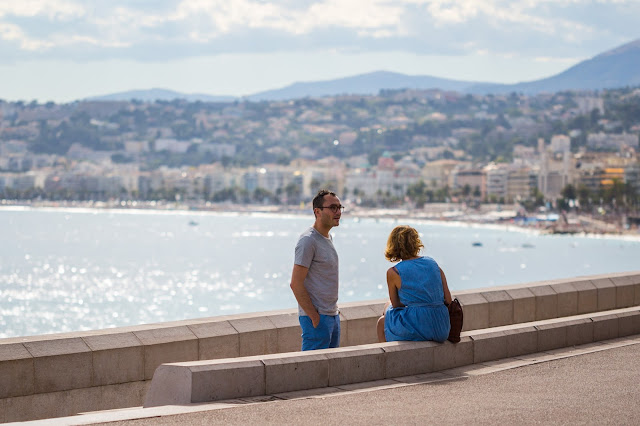 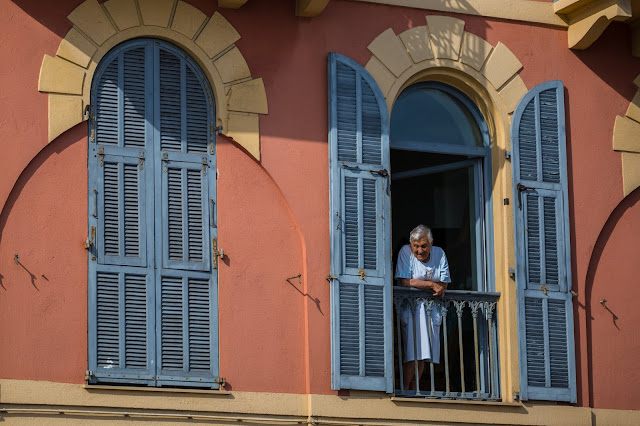 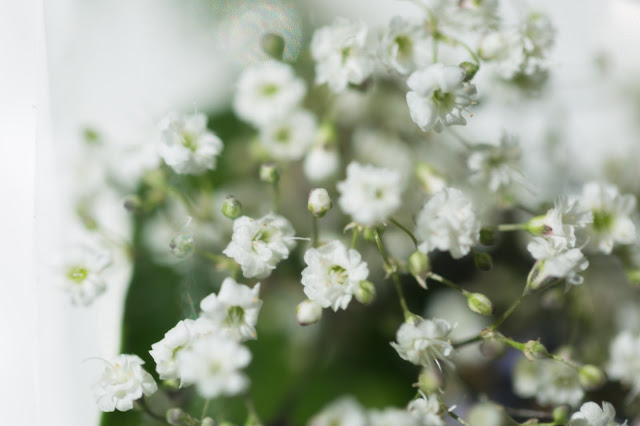 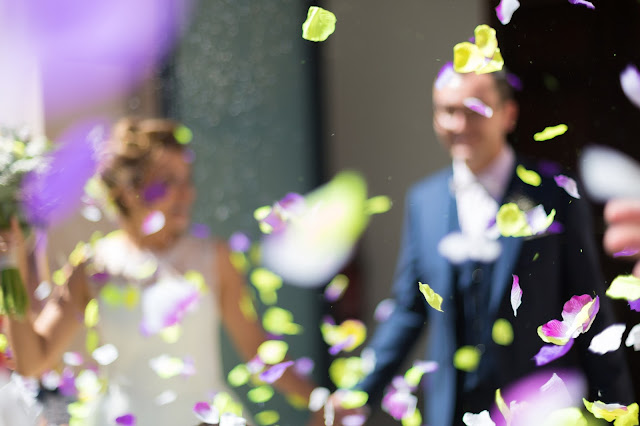 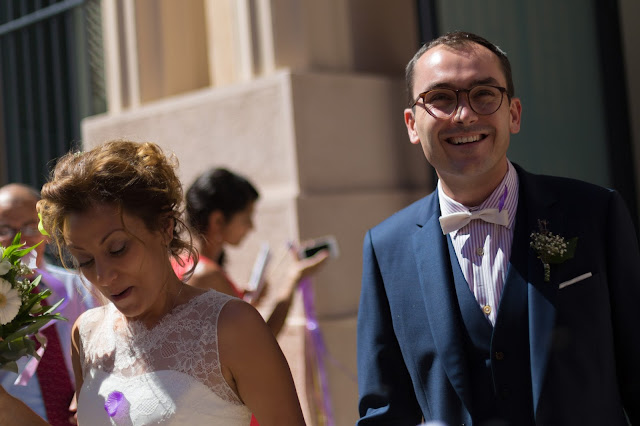 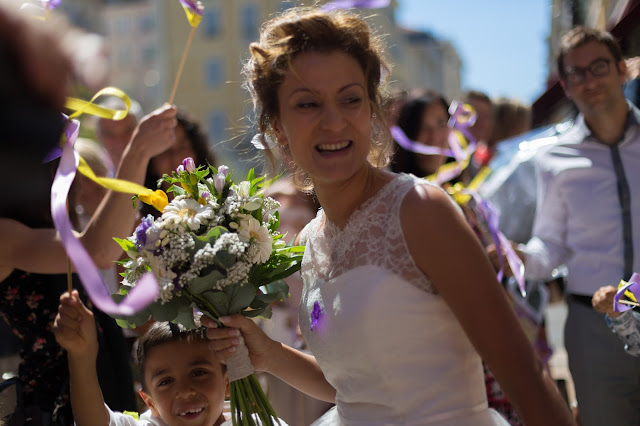 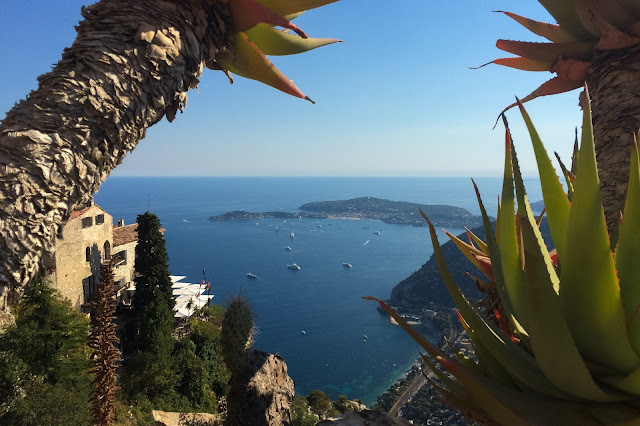 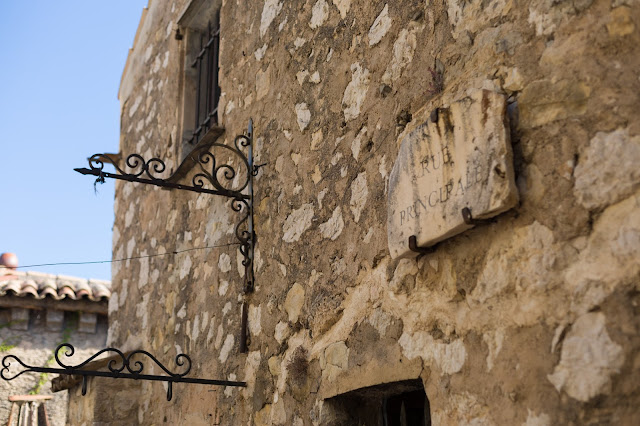 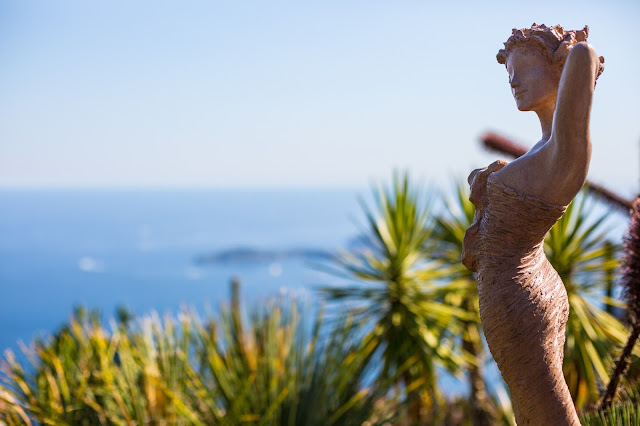 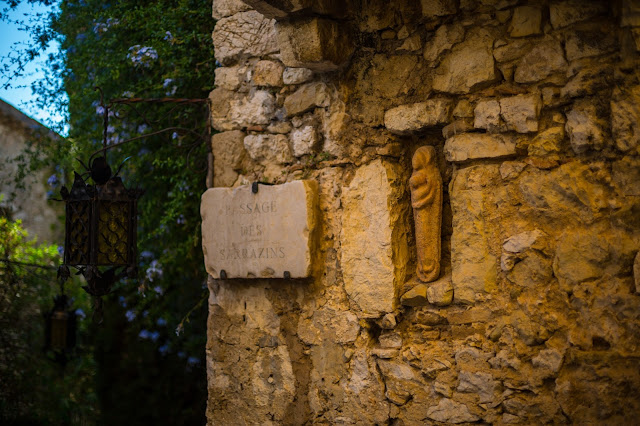 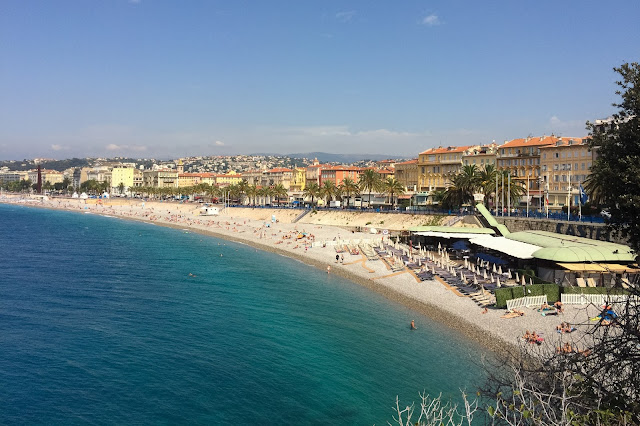