Since I got I back I haven’t really landed. I’m still in observation mode, floating above it all, taking it all in without being seen. I’m invisible, here but not here, just watching, hesitating before I plunge back in.
Days with the young fella have been brilliant, my only reality. We went to Mauerpark on Sunday, kicked a ball around, drank a beer, et an ice cream, watched a grown man walk past stark bollock naked, listened to South American music, kicked the ball around some more, and then I had to bring him home because his face was literally black with muck. Not that anyone gives a damn what you look like or if you go around naked. 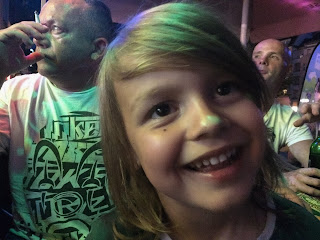 We went to the Späti for the football final after he washed his face. I was delighted Germany failed to make it as it meant I had a whole day off, and the young fella was delighted Portugal won. He had his carton of milk and kept refilling his glass as if it were a bottle of whiskey. There were some Portugal fans in front of us and he was hi-fiving them all. 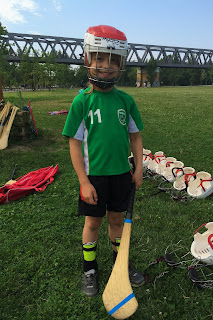 On Saturday I said “bonjour” at another Späti, got a funny look. There was a disconnected concert, Beirut, followed by deep philosophical discussions once the sun went down, the kind you can only have behind the sun’s back when the mind is free. Or when it thinks it’s free. It’s never free.
Euro 2016 ended on a sour note for Germany, not that any of the German journalists were complaining after a month of press conferences. France won 2-0 in Marseille and suddenly Germany were out, not welcome anymore, everyone left to make hurried plans to get home. Everyone said their goodbyes and scattered away. I got a flight the next morning, via Brussels, before finally landing in Tegel, the best airport in the world, Friday evening. 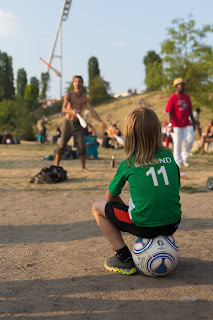 The Syrian family were gone by the time I got home but they’re still looking for a place. Now they shuffle from one temporary abode to another. I think they’ll be looking for a while. I hope they find something before they give up.
There was a Kita party yesterday. Some kids are leaving and starting school so emotions were running high. If it’s not football it’s something else. People were forced to sing. But there was food and it was free so I et as much as I could like a proper journalist. I tried not talking to anyone but a few people found me despite me being invisible and forced me to converse. A father of some kids I’d never seen before was actually very nice, I was happy he tried talking to me. But the rest of them! Jaysus, I hope I’m not like any of them. I’m not sure if it’s German parents I have an aversion to or all of them. Probably all of them.
Tomorrow I go back to France, to Nice for Sonia’s wedding. Sonia’s the last person I ever thought would get married so I look forward to seeing why I was wrong. I haven’t really landed and I’m taking off again.

UPDATE: Tuesday, August 9, 2016 – Only updated with photos now. The hurling ones and the one of the young fella looking at the juggler in Mauerpark (he looked at him like that for 45 minutes) were taken after I got back from Nice. 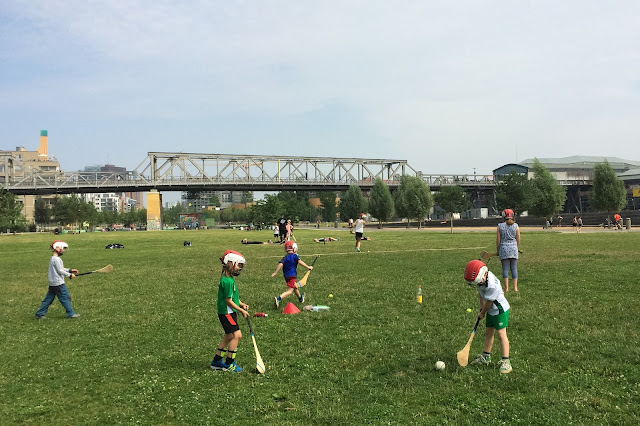