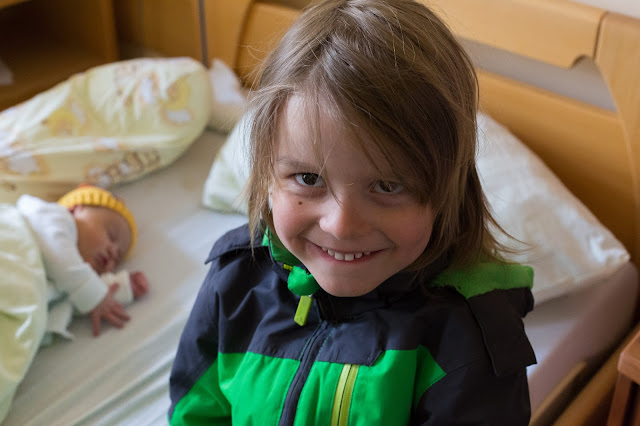 I brought the young fella to meet his new sister on Wednesday. She was born Monday night. Nothing to do with me, I hasten to add! But of course she'll be a niece or sort of weird cousin thrice removed or something like that on account of being the young lad's sibling. 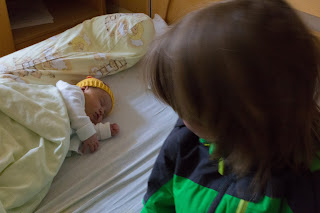 Her name's Milena.
I'm not sure what he expected as we made our way back to the same hospital he was born in.
Do you remember?
No. Do you?
Barely.
Of course I remembered, I'll never forget, but it was strange to be back again. We went in a different way it seemed, not familiar, and there I saw a plaque explaining that the hospital was once used for training by the Luftwaffe, including members of the Condor Legion that decimated Gernika all those years ago.
It was 79 years ago yesterday, I told the young fella. But they don't use it anymore. Now they bring lives into the world rather than taking them away. 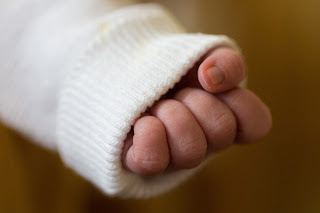 He was all smiles when he saw her for the first time. Mad! A little thing of wonder. Sleeping soundly, with a little woolen cap on her head, arms out leading to tiny hands that she's yet to grow into.
She woke up later, blinked a few times, croaked a few others, and went back to sleep. She appeared to be smiling as she slept.
Of course the parents are very happy and very proud. Everyone's healthy. 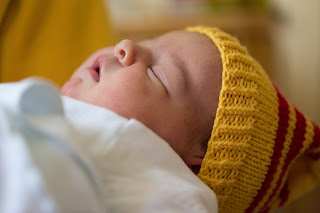 The other half of the young fella's life is going to be a mad one. Three other kids in one house that they all recently moved into, and just me in the other. He's going through so many changes but he seems to be coping admirably, always in good form, happy, considerate. He's great.
As he was brushing his teeth that night he asked if the baby was a man or a woman.
She's a woman! Well, a girl. She's not a woman yet, I told him.
I'm a man, he replied.
All it took was a sister. How quickly they grow.