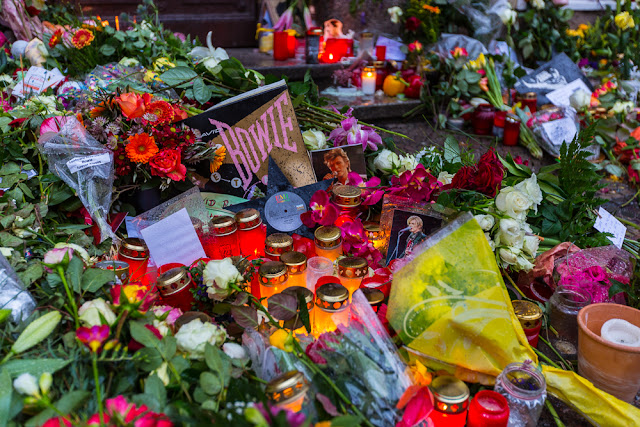 I discovered David Bowie when I was a kid. He was the first artist I found on my own, everything had been influenced or recommended up to then. I’d never even heard of him when I picked up The Best of Bowie from a box of tapes in a house I shouldn’t have been in. 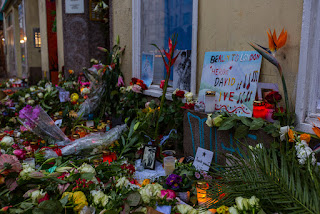 I was trespassing, very much so. The building wasn’t so much abandoned as just sealed up and used for storage by people who’d clearly lost all good music sense. Apart from Bowie I “discovered” Horslips’ The Táin, another brilliant album.
I took them home, stole them, put them on and was amazed by what I heard. Any guilt I felt quickly dispelled as I fathomed the greatness of what I was hearing, what I’d just released from its unappreciative prison. It was incredible, a whole new world. Space Oddity, Starman, Jean Genie, Heroes, Sound and Vision; I was enthralled. 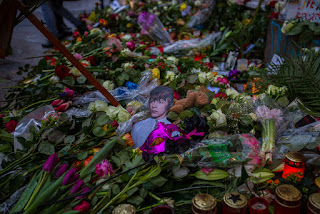 I went to see him at the Point Depot in Dublin many years later, after his Reality album, and it was a good gig, if slightly spoiled by the gobshites there only for the early hits and who didn’t want to listen to his new stuff. They were yakking and boozing, couldn’t deal with Reality.
I shouldn’t judge, people like different things, they take comfort in what they know. But Bowie never gave people what they know, it’s what elevated him to greatness. 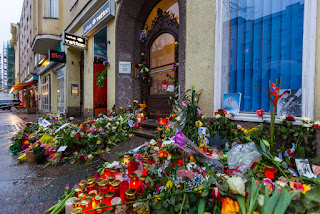 Berlin exudes Bowie. I didn’t know before I came here, a coincidence, but I’m in a city as appreciative of him as I am, if that’s even possible. He makes it possible.
This morning I checked my phone for work emails. “David Bowie has died” from the global news manager. Disbelief. What?! Fuck. The dawning there wouldn’t be any more music, no more magic, it was over. He’d just released an album Friday, there was no inkling he’d been ill, he’d done drugs, been through everything, the party was going to go on forever. But no, and something died inside of me. 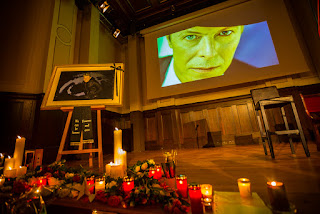 When I got home there were tributes I tried to ignore, there was stuff I couldn’t read. I watched a performance of Heroes and tears came. I’m not such a tough guy. I tried reason with myself, people die all the time, many more people, too many people, the world is shit and he actually had a great life, but he’s gone. Selfishly, I mourn. He won’t be able to create anymore. That’s it, it’s over. 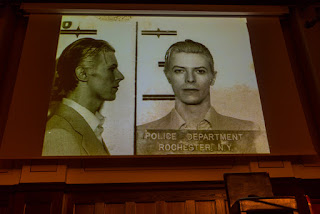 He’s gone and that’s all there is to it. As I type these words I’m listening to Blackstar and the tears are close again. It’s a great album, wonderful. With each new album you’d rediscover the old. I’m so sad there won’t be any more new albums, but I’ll never get tired of the old. Yeah David, everybody knows you now. 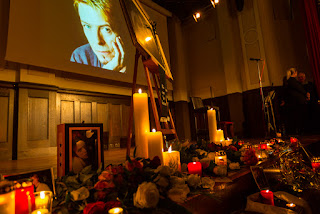 UPDATE: Wednesday, January 20, 2016 – First four photos were taken two days after the news broke, on the coldest, wettest, shittiest Wednesday of the year, outside his house at 155 Hauptstraße in Schöneberg. People were still laying roses, lighting candles. They'll light them for a while yet. 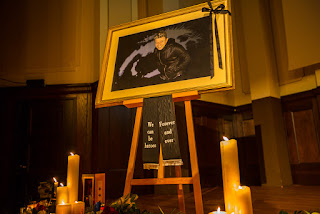 The rest were taken Friday at his “Trauerfeier” in the Meistersaal of Hansa studios, where the albums Low and Heroes were finished/recorded. It was more Trauer than Feier. When I got there there was some woman warbling about the time she and Bowie existed in Berlin at the same time, then some man got up and asked for a minute’s silence which he broke with an emotional rendition of “Our Father” or whatever you’d call it. Nobody joined in and nobody clapped. They just waited for him to get off the fucking stage. Then they played songs and people lit candles. I left. It didn’t fill the loss, they’ll never fill that loss. 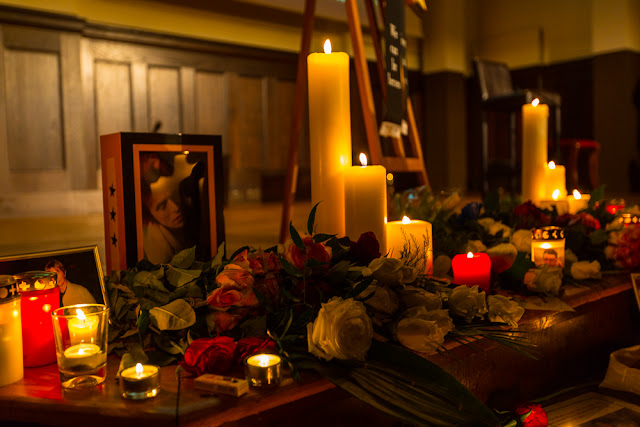 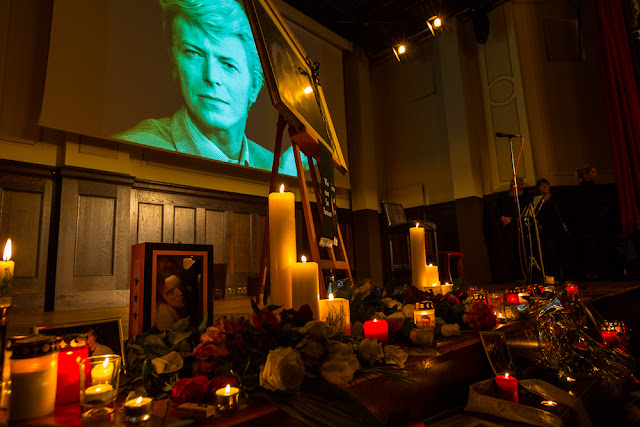 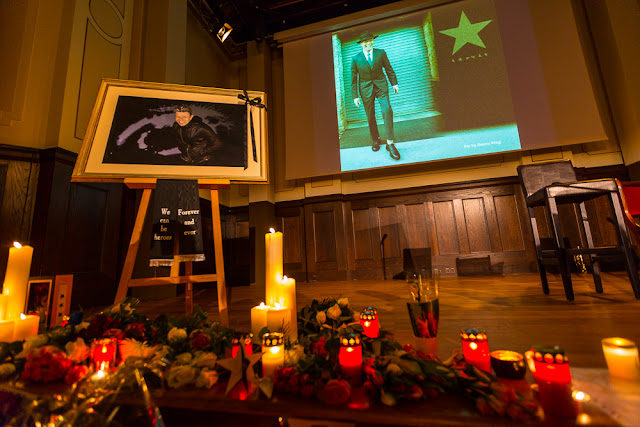