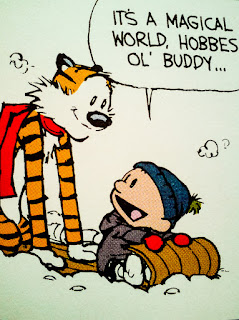 This evening I embarked on a new chapter of life with my first Arabic classes. I signed up at the local Volkshochschule before Christmas for one of the free courses they’re putting on for refugee helpers. There are lots of courses and they’re quickly booked up. Evidently loads of people want to help, or join ISIS.
My classmates’ intentions looked good enough though. There was one guy called Radik or something like that who may have looked like he wanted to join ISIS but the rest of them seemed relatively harmless, apart from a Slovakian guy, and a middle-aged German woman, and maybe a few of the others…
The teacher is Egyptian and pretty cool. She was the last to turn up, late, while the rest of us eejits were waiting outside the classroom, having turned up on time. I won’t be doing that again, ever, for anything.
We learned loads of stuff. I can introduce myself, say what I do, where I come from, where I live, give my age, describe someone else, and ask them their details in return. I can also count from 1 to 99.
She also introduced us to five letters in Arabic that are “friendly” to other letters. I assume we’ll learn the letters they’re friendly to in due course. Some of the letters were “conservative” while others were “modern” because they had “piercings” either on their bellies or above their heads. One even had three piercings! It was ش, my favorite Arabic letter so far. It makes a “shhhh” sound, the sort you hear when you’re trying to have a decent chat at a concert in Germany. 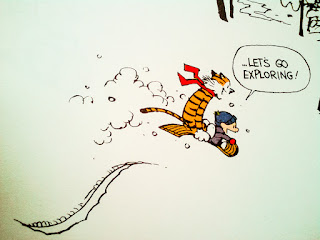 It’s a nice-sounding language, I look forward to learning more. Sure, there may be a crazy script, a crazy everything, they write the wrong way around in a crazy way, and say words in a crazy manner, but it’s not German and “there are no rules” according to the teacher. It’s just a way of speaking after all. A whole new world.
Labels: Arabic Berlin mad shit refugees