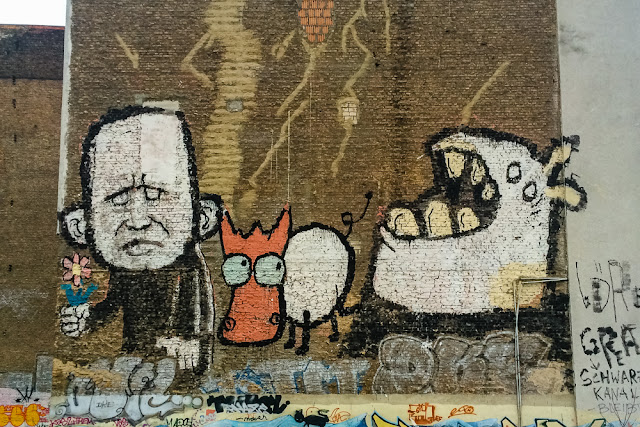 Every morning around 8 a.m. a trainload of refugees arrives at Schönefeld. Some days there are more than others. This morning it was “only” 300, slightly more men than women and plenty of kids including babies.
Apparently it was an easy day because there are usually more arrivals – up to 700 or so – and most of this lot had clothes and shoes on. Other days they don’t and they arrive in terrible condition because they’d been sleeping eating and traipsing for days on end through bastard weather.
Knowing this, I couldn’t complain when I got up at 5.30 to help them. Myself and a saint on a personal mission to make the world a better place got there around 7 and started making sandwiches. They weren’t the kind of sandwiches I’d like to have eaten – pita bread with a glut of cream cheese in the middle – but we made them anyway and they were et by the refugees when they arrived an hour later.
Many were from Afghanistan, who apparently prefer the sandwiches with jam, and I guess most of the rest were from Syria and Iraq. Hellholes wherever they came from to go through what they’re going through. Some had Red Cross bags from being rescued at sea. The overnight train they were on was just the latest leg of their journeys.
The “welcome committee” was made of us volunteers, soldiers, police, fire services, medical services, train officials and representatives of LaGeSo, where all refugees try to have their applications processed only to discover the tortuous square wheels of German bureaucracy. Some of the arrivals were taken straight to hospital so they were evidently in worse condition than the others. There were weary faces, wary faces, kind faces, curious faces, friendly faces, worried faces, fascinating faces.
They were shouted at by LaGeSo people to get into various lines, one for the single men, who generally didn’t have any luggage, and another for the families with kids, which did. A nappy changing table is provided for those with babies whose nappies needed changing. We handed out the sandwiches and fruit and water and tissues and whatever the hell they wanted, anything as long as we had it. One of the girls gave out scarves and some of the kids helped themselves to teddies. There’s a storeroom out the back full of shit except underwear that people have given away, most of it in size don’t fit.
We turned our phones into personal hotspots so they could use our wifi to call relatives, check they’re still alive, confirm that they were. It was the first opportunity to do so for many of them. My phone could only take five callers at a time but still the month’s allocation of data didn’t last long.
The people were so grateful for everything. We weren’t shouting at them or beating them for a start. One woman came up to us and said, “You are all such nice people, thank you with all my heart.” The kids drew pictures and played. All wanted to blow soap bubbles but there were only so many bubbles to go around. Didn’t matter, they were grateful for every little lollipop and they showed it with smiles that would melt stone. The adults were gracious too. We wished them the best with their onward journeys, shook hands and said farewell before they boarded the buses waiting to take them away to uncertainty.
They’re gone now and we did nothing. Tomorrow the same thing will happen all over again.

This should be a happy, optimistic post – the train is called “Train of Hope” – but I’m tired, frustrated and pissed off. The only ones who can end all this misery are contributing more bombs and more suffering, fucking everything up even further. I took the picture on my way home. It seemed kind of apt.

For more on the “Train of Hope” and refugees in Berlin this a great read: http://berlinerdiary.com/
Labels: bad shit bureaucracy refugees Syria Train Train of Hope