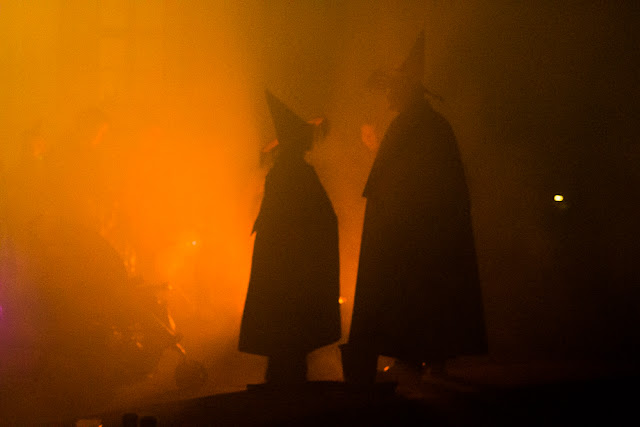 Why should the dead have all the fun? We want our fun too. We made the most of Hallowe’en again, though it’s hard in this country. Germans haven’t a clue when it comes to Oíche Shamhna, but I suppose you can’t blame them – it’s just not their thing. 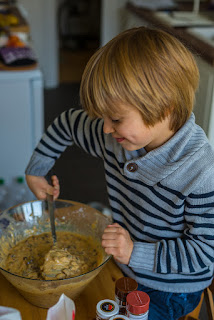 We made the brack already on Thursday, had the decorations up for weeks before, and we did the annual Hallowe’en extravaganza at Tierpark this evening. We went there last year and it was an enjoyable experience so we went back for a second helping. Jaysus. You’d think after the chaos they had last year with queues they’d have sorted it out for this year. But no, they still have only two “Kassen” open for 30,000 people arriving at the same time. 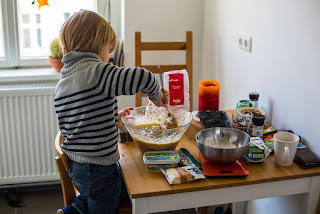 The good thing about queues in Germany is you can skip them easily enough. Germans are such upstanding citizens they like to stand up for as long as possible by joining the longest queue they can find. They even form queues to join queues. And if you pass they just assume you’re some figure of authority entitled to do so. No one ever questions authority. 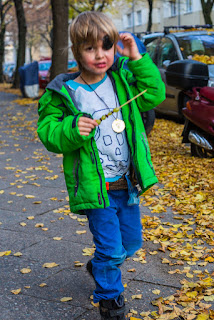 So we didn’t have to wait too long before we set off along the “Gruselroute” through the zoo. It was dark, but there were lit pumpkins along the way to show the route. Monsters, zombies, ghouls and fiendish looking beings would jump out from behind bushes or swing out of trees along the way to scare the shit out of anyone they could. Teenage girls were hyperventilating from all their screaming. 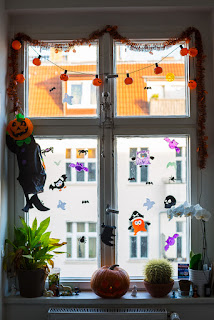 The “Gruselroute” led to a house that was decorated in more “gruselig” garb – cobwebs and shit like that – where some woman dressed in a medieval outfit was reading “Gruselgeschichten” for the kids. I never heard the word “grusel” so often. One mother was asking her kid if he had done enough “gruseln” already. I thought she was talking the piss but I looked it up and it’s an actual verb. German, just when you thought it couldn’t be more gruselig... 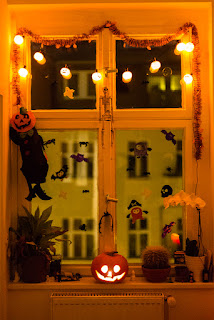 We left quickly and got waffles and punch and Glühwein – my first of the winter, though it was probably Gruselwein – while we waited for the fireworks to start. A crowd of flamethrowers threw around fire and another bunch dressed in medieval shit did some dancing, badly, before the fireworks finally got underway. They were good while they lasted, which wasn’t long. No one complained. It was getting cold.
One the way home we encountered more monsters, zombies, people covered in blood and so on. The young fella assured me nobody needed an ambulance.
“They’re just costumes!”
He was dressed as a pirate but made the fatal error of leaving his sword at home. Luckily he didn’t need it on this occasion.
The Hallowe’en decorations were up till June the last time. I’ve a feeling they might come full circle this time. Oíche Shamhna shona daiobh. 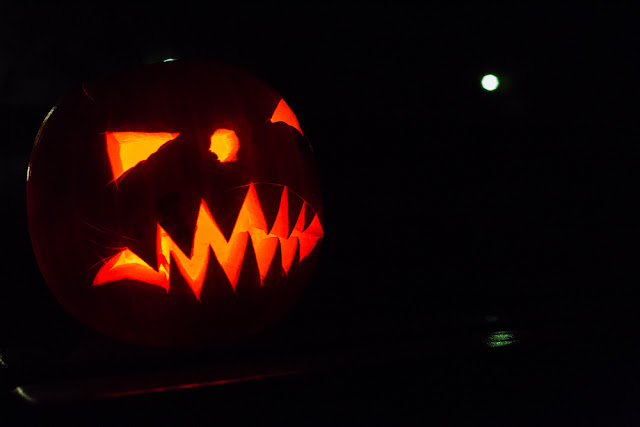 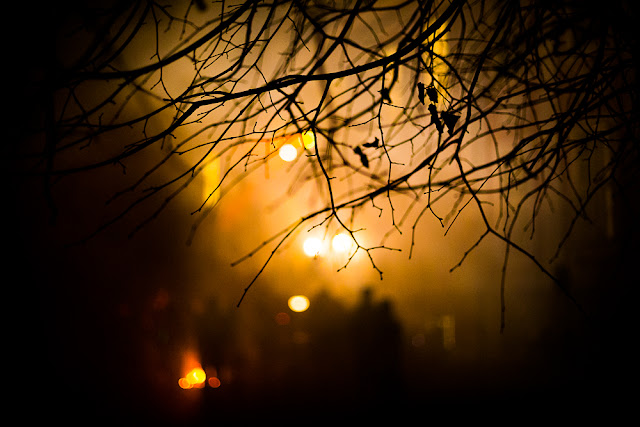 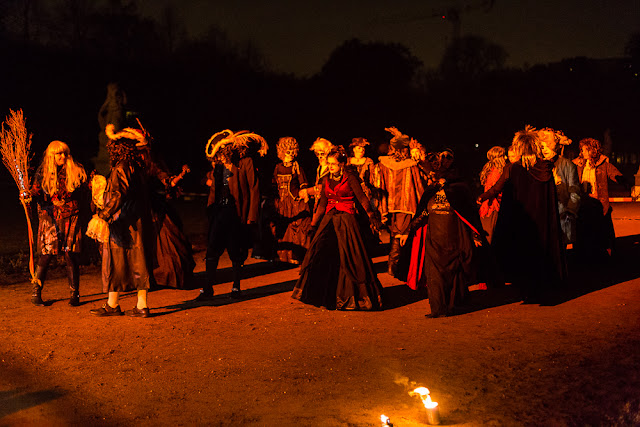 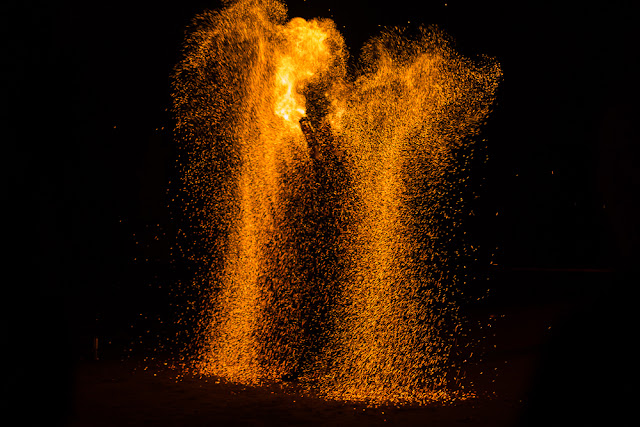 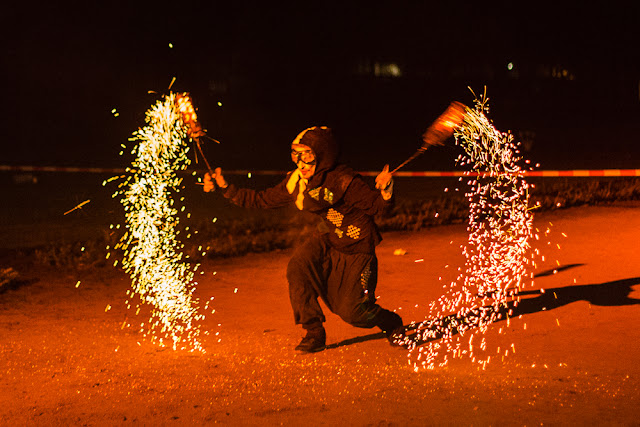 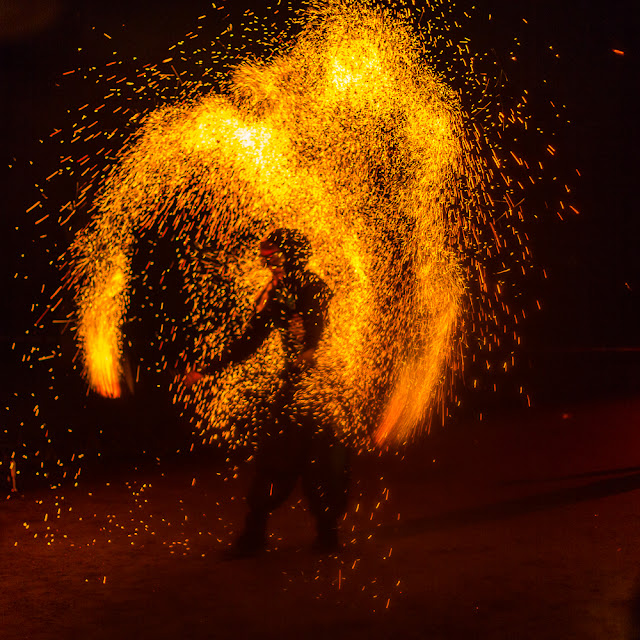 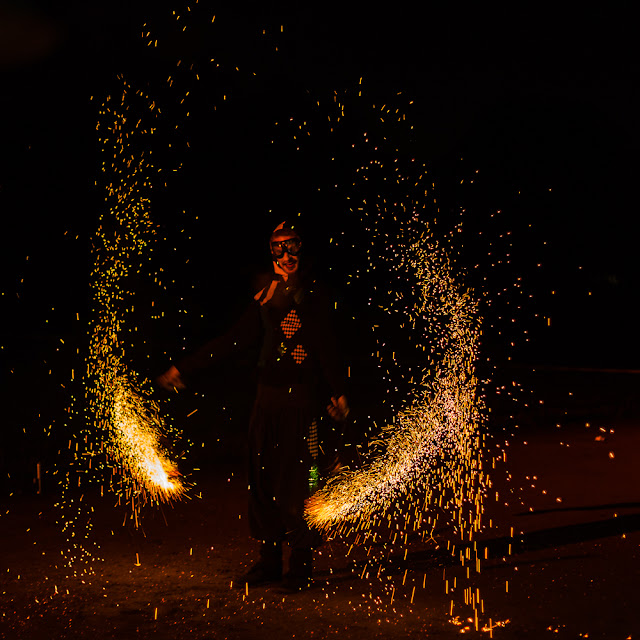