Oslo (I don't belong, I belong) 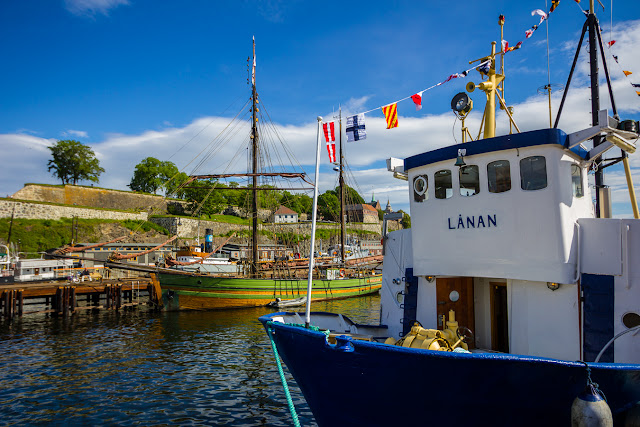 Anytime I go to Oslo I look from outside with my face pressed against the glass. Just an observer, I cannot partake. It’s too damn expensive. 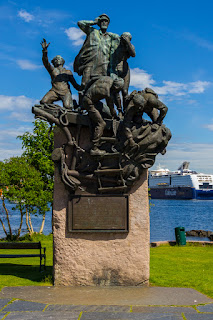 This time I didn’t have even one beer the whole time I was there – it must be a record. I bought a book with the money I would have spent on a beer. An expensive book but a good one.
Again I paid for everything on credit card. But I found a krone in my hotel room on the last day – the first time I handled actual money on any of the four visits in the last couple of years. One krone (NOK) is about three billion euros.
I managed mostly to survive on free food from the “Strawberry Party” at Oslo City Hall and the free grub for journalists at the Bislett Games. I ate like a snake, stuffing myself when the food was free, abstaining when it wasn’t. I tried digesting slowly. I’m still alive so I guess it worked. I guess that’s how all journalists survive. Free grub and/or cheap beer. 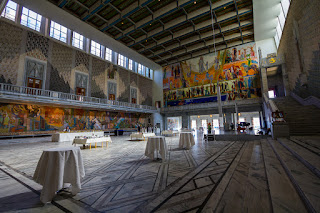 Oslo itself is pristine, steel and glass buildings, not a corner askew, immaculate. Cars are shiny and confident, the yachts too, all the fucking yachts. It’s spotless, no place for rubbish. There are sculptures and art pieces on every corner. The city’s pretty, everything and everyone. 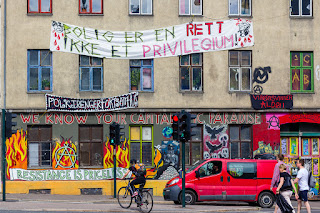 Somehow I like Oslo, I’m not sure why. It seems like a fourth home now. I guess I like the sculptures and art pieces. The people are very nice and friendly. And I found a squat, though the squatters probably also have yachts. I admit being envious of the yachts and the fancy apartments overlooking the sea. There are equal levels of envy and disdain. I don’t want them, I don’t think I want them. I’d like the option of being able to reject them though. Perhaps I’d be corrupted too. 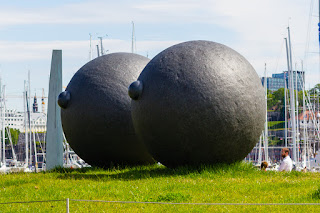 On the other side of the kroner there are the Osloers left behind, the ones who don’t have yachts, fancy apartments or restaurant reservations. There are quite a lot of fucked-up people around, some lying on benches, cans in hand, others on drugs of one sort of another. There are plenty of beggars too. When I arrived, four white police officers were harassing a black guy. I don’t know the circumstances – maybe the black guy murdered someone (I doubt it) – but it still jarred the attention. Them vs. us. Insiders and outsiders. 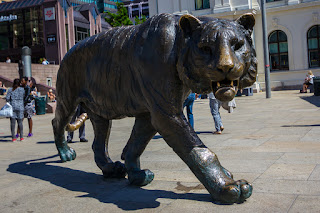 The first picture below was taken at 1.03 a.m. on June 11, after I’d finished work. It was darker than the picture shows – I guess the camera gathers what light it can – but still remarkably bright for such a time of night. I have to go to the Arctic Circle. One of these days, if I save enough… 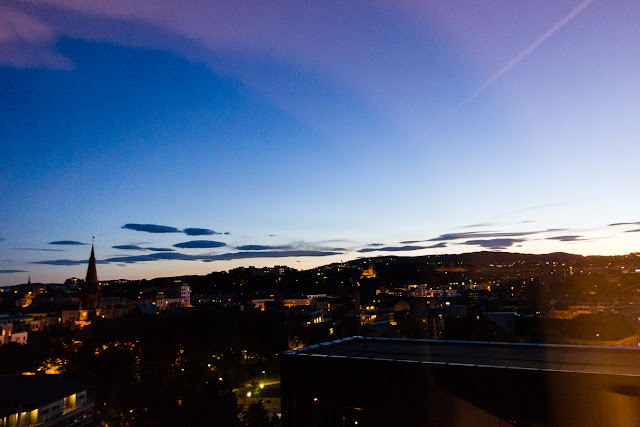 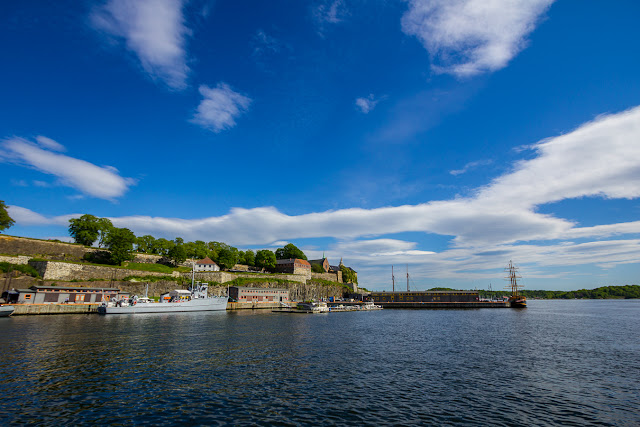 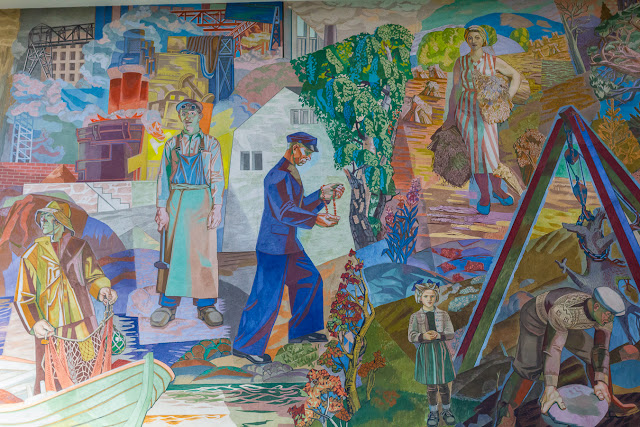 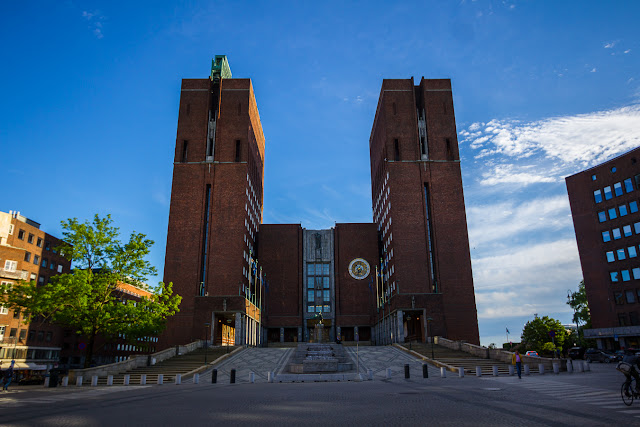 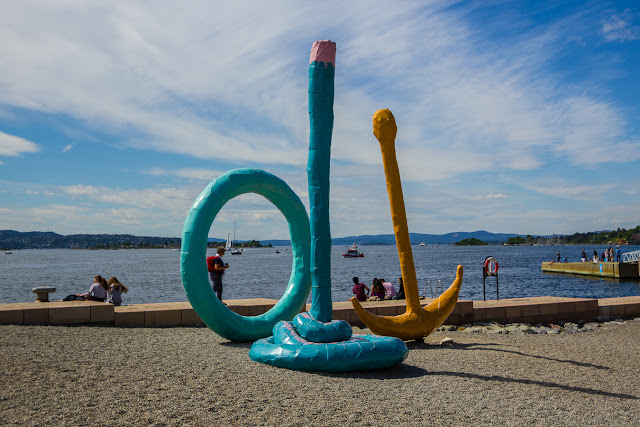 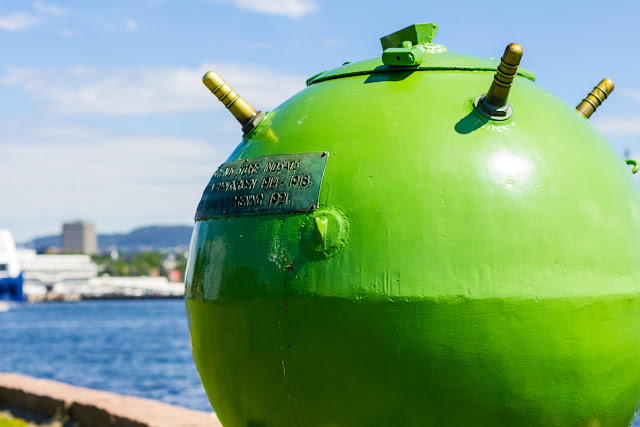 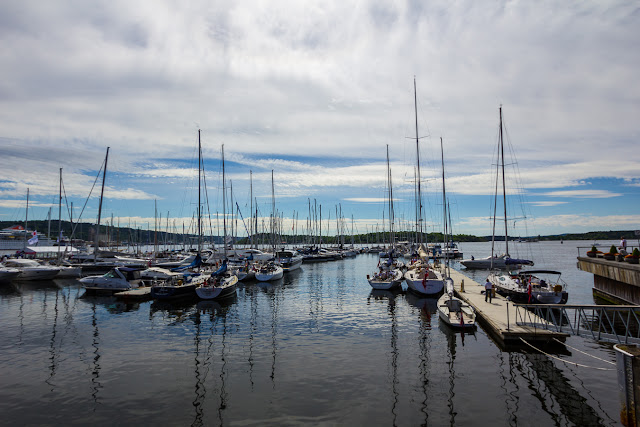 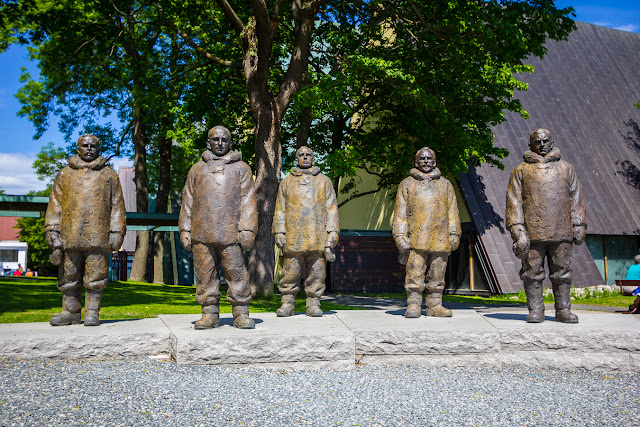