A puncture forced me to walk home from work tonight, forced me to see all the shit I’d been oblivious to as I’d been whizzing by on the bike. 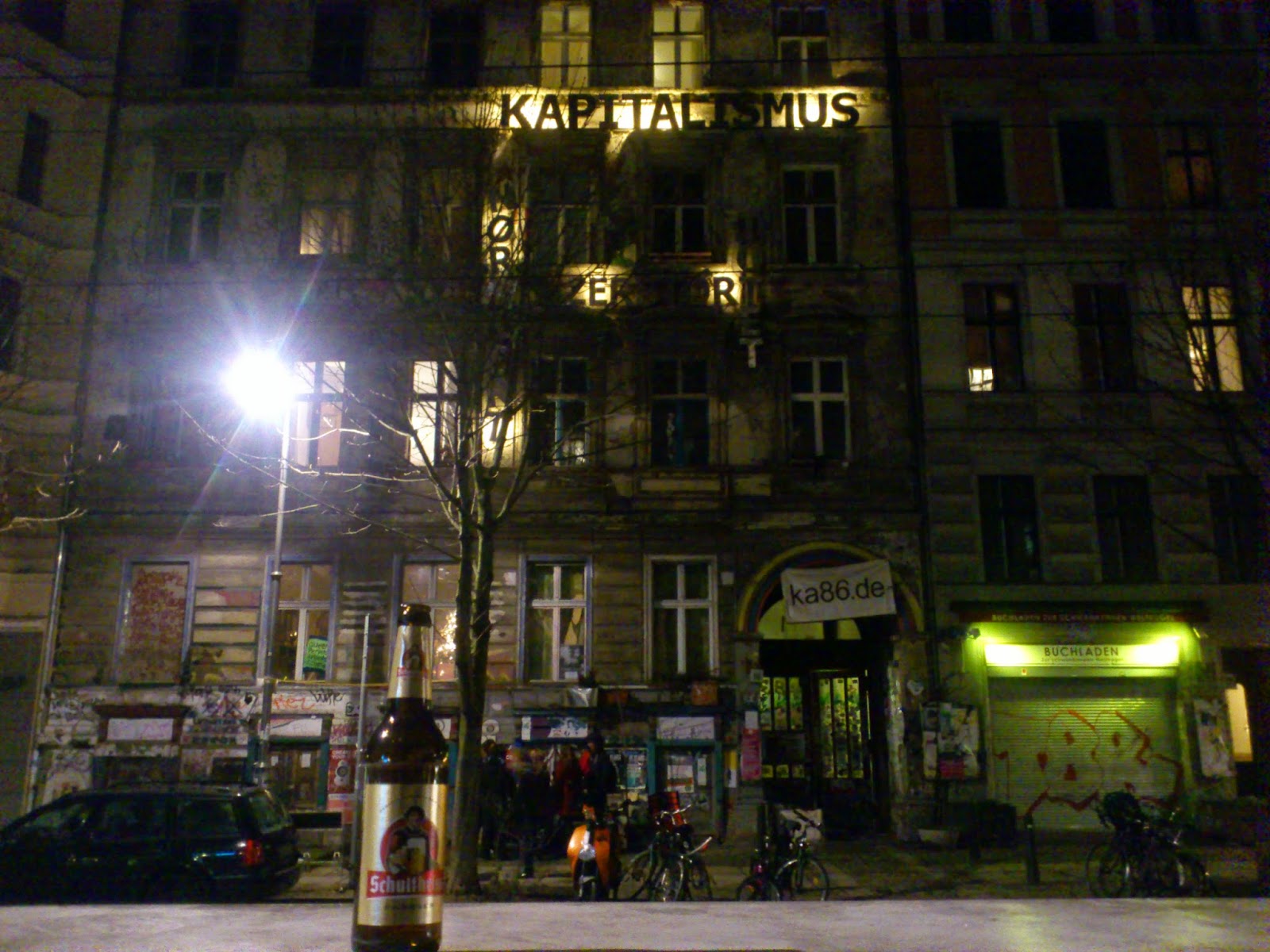 It was even worse than I feared it would be. Starting off along Reinhardtstraße, past the Friedrichstadt-Palast on Friedrichstraße, along Torstraße, up Kastanienallee, I saw what it had become – art galleries with more space than art, bright clean delis with more mark-up than food, and shiny shops with blinding lights filled with all manner of worthless designer shit that nobody needs.
I used to comfort myself with the thought all these places would soon be out of business but they’re not. They’re multiplying if anything. Someone must be buying the crap, eating in these places, paying for the wasteful space in which to throw their money away.
Humans roaming by on the pavements seemed oblivious to the affronts presenting themselves on each doorway. Maybe they even welcomed them. Well-heeled girls laughed as they breezed past in groups, dolled up for the Saturday night ahead. There was a time they didn’t bother.
Bottle collectors were scarce on the ground. I guess people would rather smash bottles than pass them on. Maybe they don’t drink from Spätis at all anymore, preferring instead to give all their money to the fancy bars.
There was one headbanger at the bank, sitting at the doorway looking for money talking to himself and jerking his head back and forth like a woodpecker, but he was the exception proving the rule.
Kastanienallee, aka “Casting Allee” due to the posers who hang out there, was devoid of headbangers, punks, deviants or personalities. Everyone I met looked the same – well dressed, comfortable, boring. 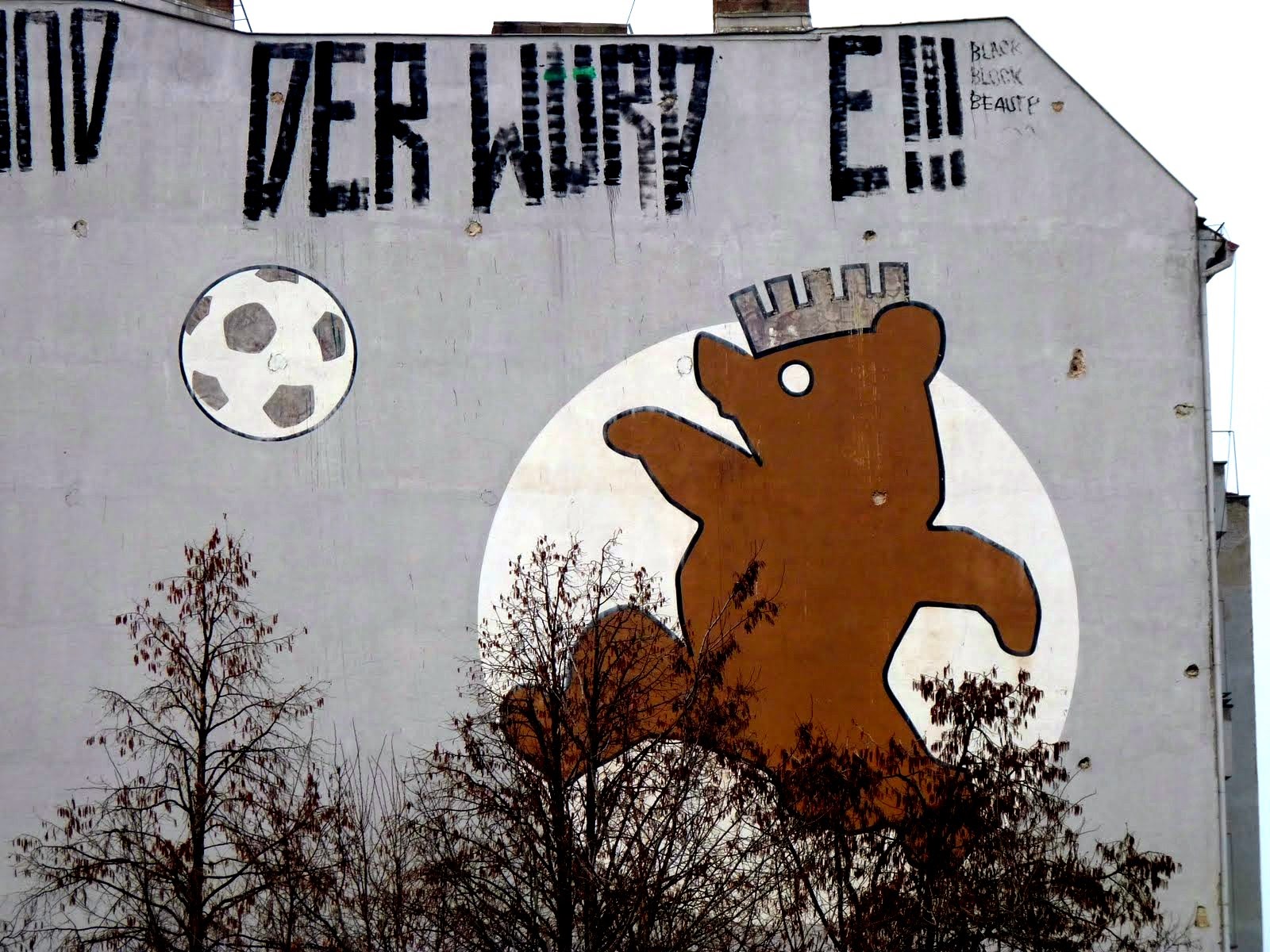 The beloved bear that used to adorn the side of a building beside U-Bhf Eberswalder Straße is gone, hidden behind some admittedly nice-looking but obviously fucking expensive apartments.
Spaces along the way are being filled in by more. I thought of the Bumerang and how that had been fucked over by gentrification, of Blu’s fellow artists destroying his murals in protest at what the city is becoming, and mourned the process of change, specifically the forces driving that change.
It’s not what it was, and nothing ever is no matter how much you want it to stay the same, but this race toward Munichization is not Berlin. It’s not Berlin.
Labels: bad shit Berlin gentrification shady shit