"The feckers" - The story of the Berlin Wall 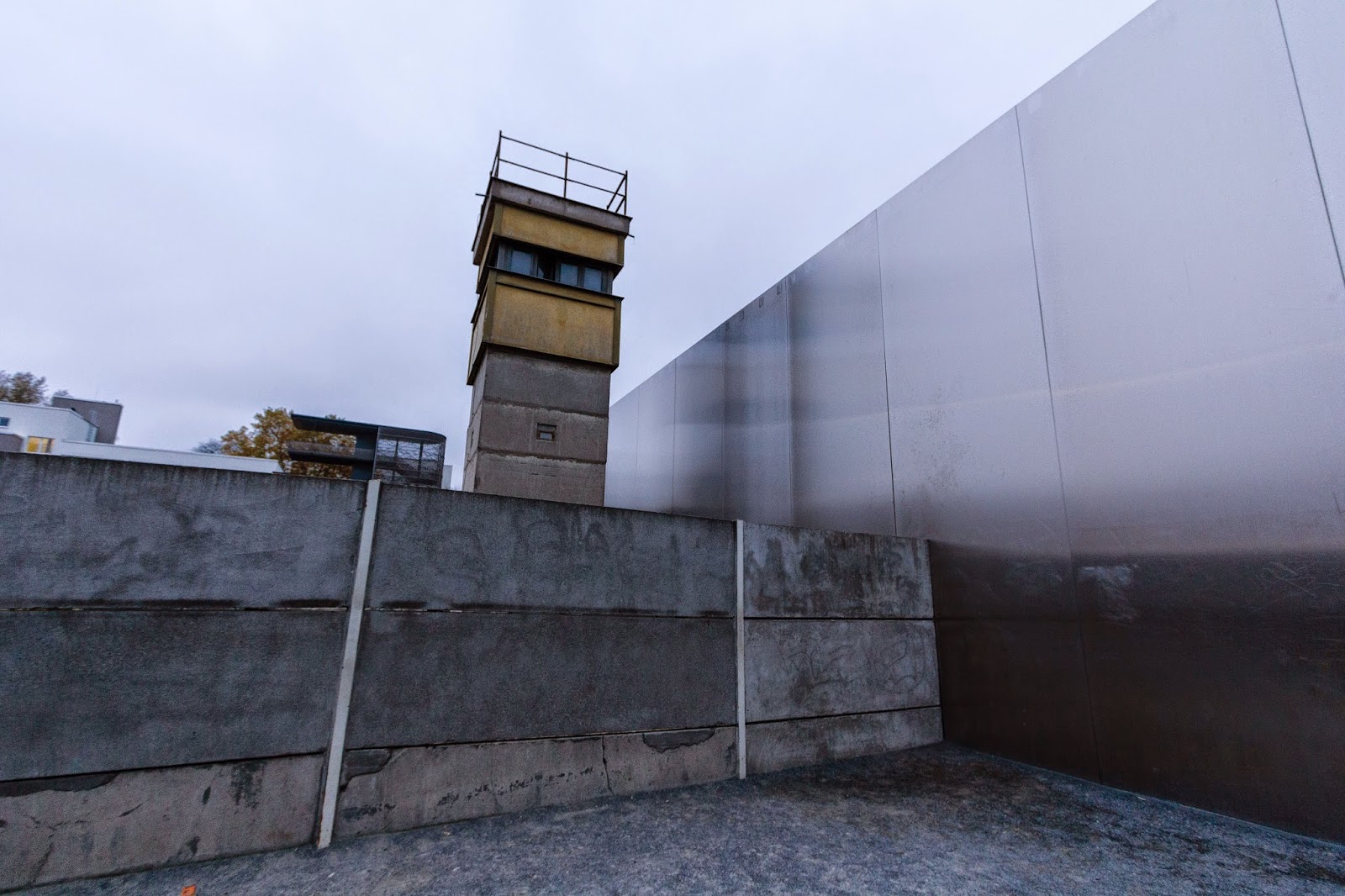 This weekend marks the 25th anniversary of the fall of the Berlin Wall. Not that it fell at all. There were hammers and diggers involved.
The news is full of it at the moment and people are getting nostalgic for the elation caused by the destruction of this symbol of Cold War divide.
The young lad hadn’t even heard of the Berlin Wall so he was asking me when he heard your man on the radio talking about Mauerfall last Wednesday. He actually started laughing, thinking that your man was saying Mauerpark wrongly. We go to Mauerpark quite a bit. 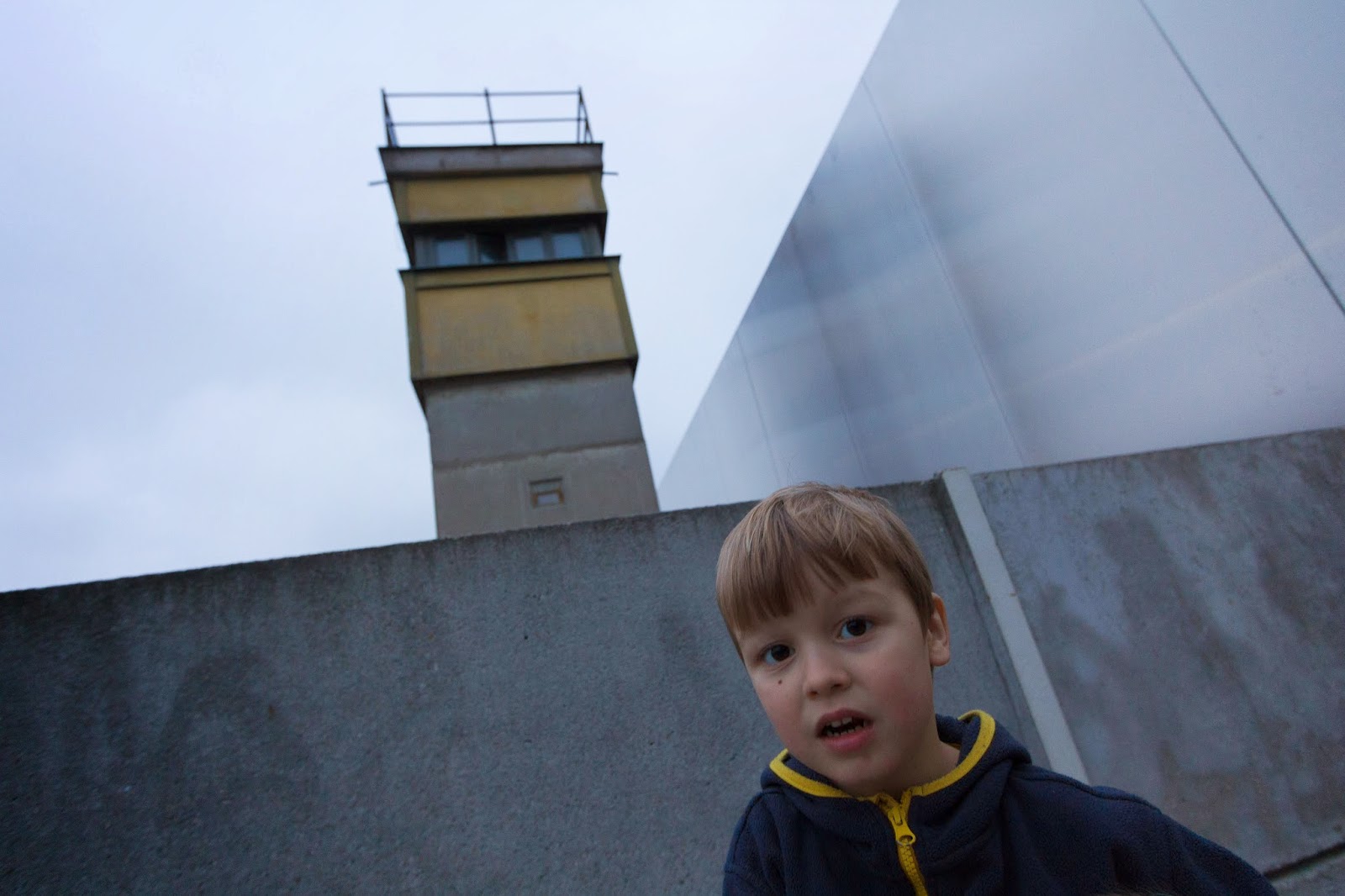 So I told him all about it, that there used to be a huge wall going right through the middle of Berlin, preventing people from going where they wanted to go. It was right beside our last house, meaning we wouldn’t have been able to cross the bridge up by Lidl.
I told him about the people guarding it too, that there were feckers there who’d even shoot people for trying to cross over. 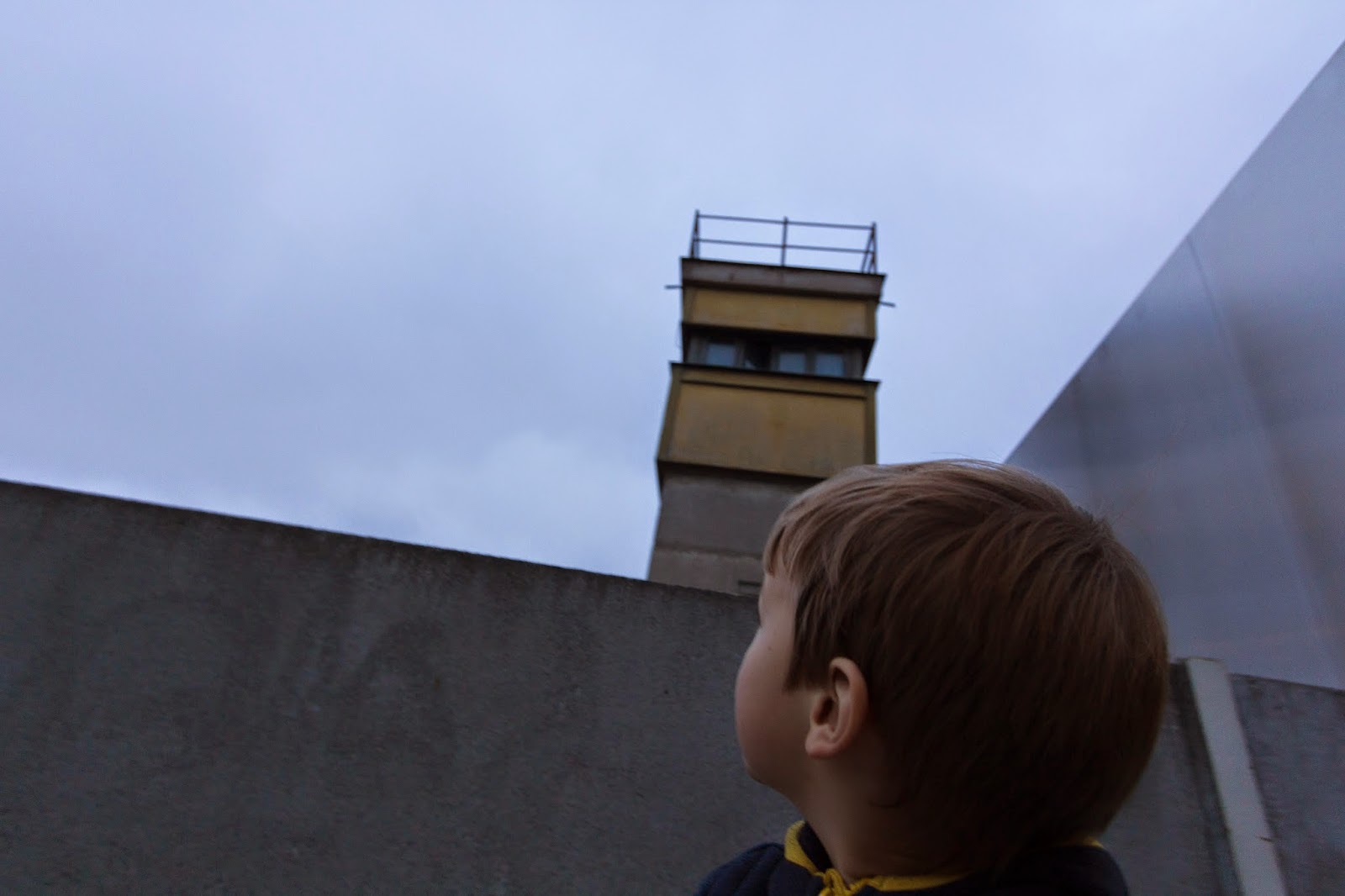 But then, 25 years ago, thousands and thousands of people had enough, enough of this wall disrupting their lives and preventing them going where they wanted to go, and they all screamed and shouted and pushed and pulled and they got their hammers and knocked down the damn wall.
Naturally he was very impressed. This was all mad shit to be hearing about for the first time. I told him this was all a long time ago, when Jenny was still a kid in school and when I was kid in Ireland, also in school.
Then I asked him if he wanted to see it, and of course he did, so we hopped in the Trabi and crossed the border (like all those people years ago) to go down to the bits of the Wall remaining at Bernauer Straße.
He was apprehensive when we got there first, didn’t want to get out of the car. 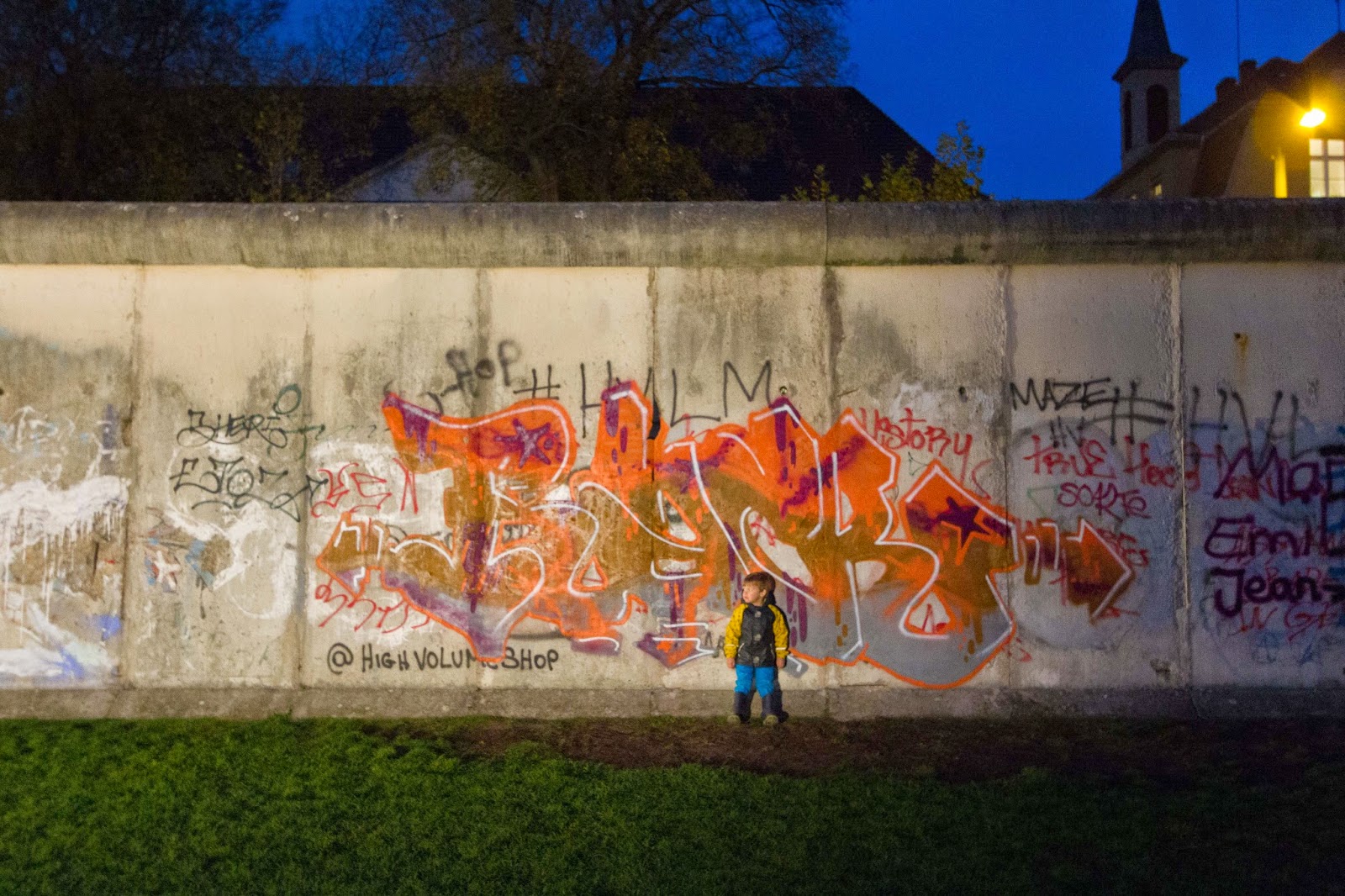 “The feckers…” he said, before I reassured him they were long, long gone.
He later asked what happened to them. I told him most probably ended up in the Polizei and some must have died in the meantime. All this shit happened a long, long time ago, when he was but a twinkle in my eye. (And his mother’s eye too, of course.)
I brought him right up to the Wall, showed him how tall it was, asked him if he’d be able to climb it.
“No,” he said.
“Me neither,” I told him, so he didn’t feel too bad about it. 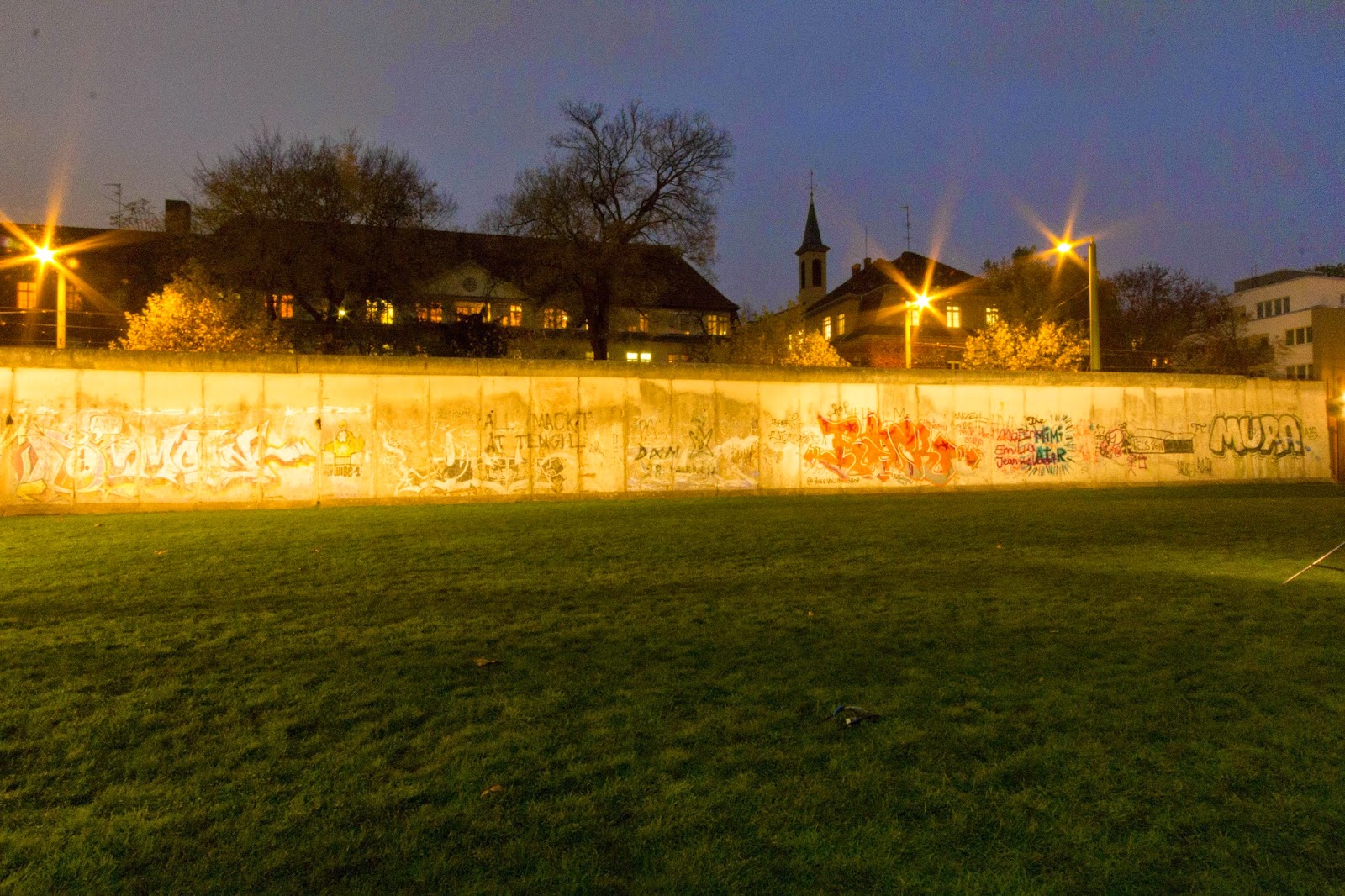 I showed him the watchtower, told him the feckers used to stand on that and shoot anyone they saw trying to cross. He nodded solemnly.
He wanted to know why the Wall was still there if everyone went at it with their hammers.
“They left this bit for you, so you could see it,” I said. It’s true.
Well, he loved it, especially the video footage of them blowing up the Versöhnungskirche. He wanted to see that again and again. 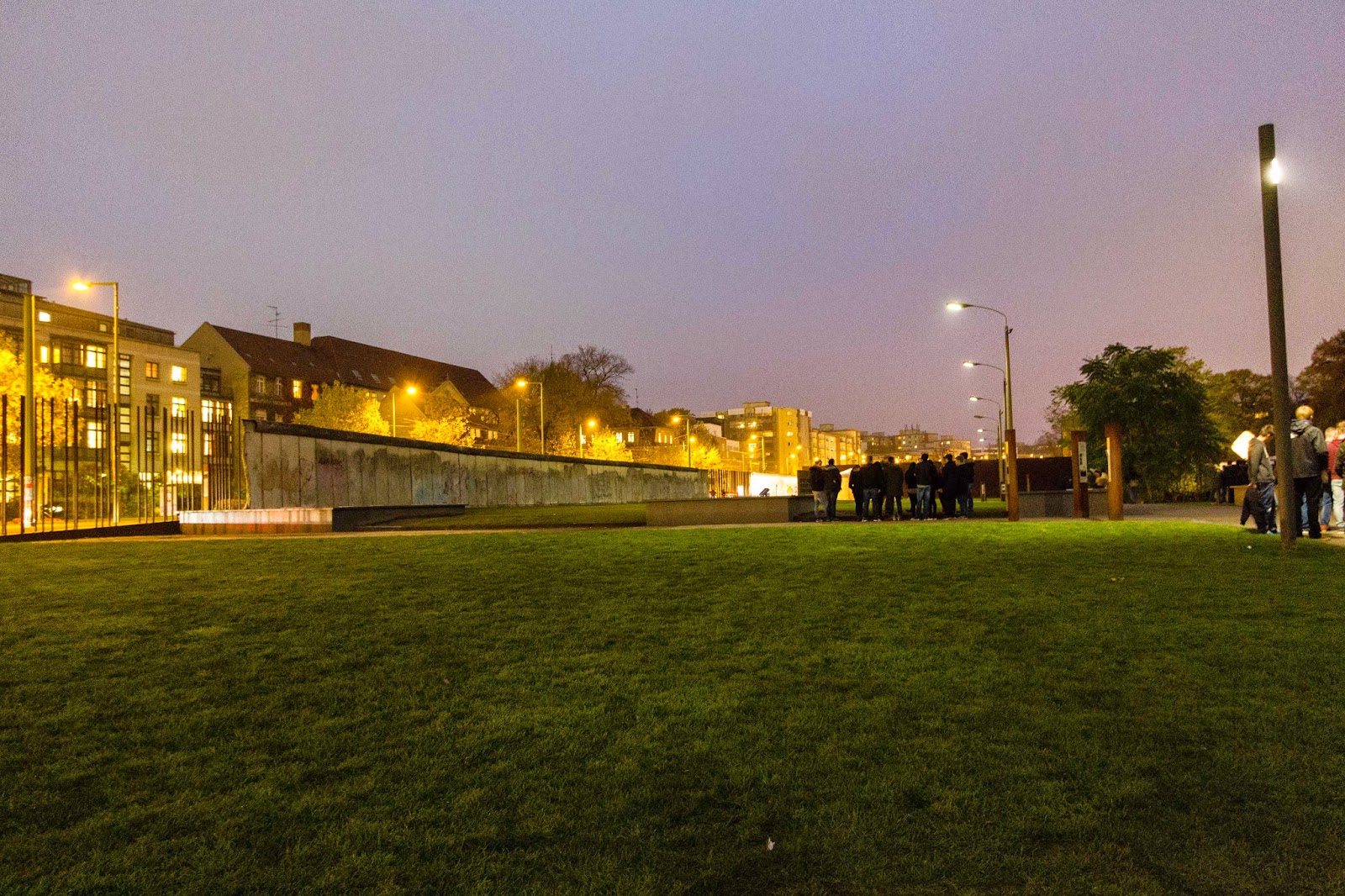 Then he wanted to see more videos, so I brought him over to the Gedenkstätte building across the road. On our way I spotted Nordbahnhof, told him that was all closed up while the Wall was there, that all the entrances were bricked up and blocked.
“Everything was feckin’ blocked,” he said, before pointing up Gartenstraße, then the other way. “That way was blocked, that way. That way was blocked. Everything was blocked. The feckers.”
And with that, he told me the story of the Berlin Wall. 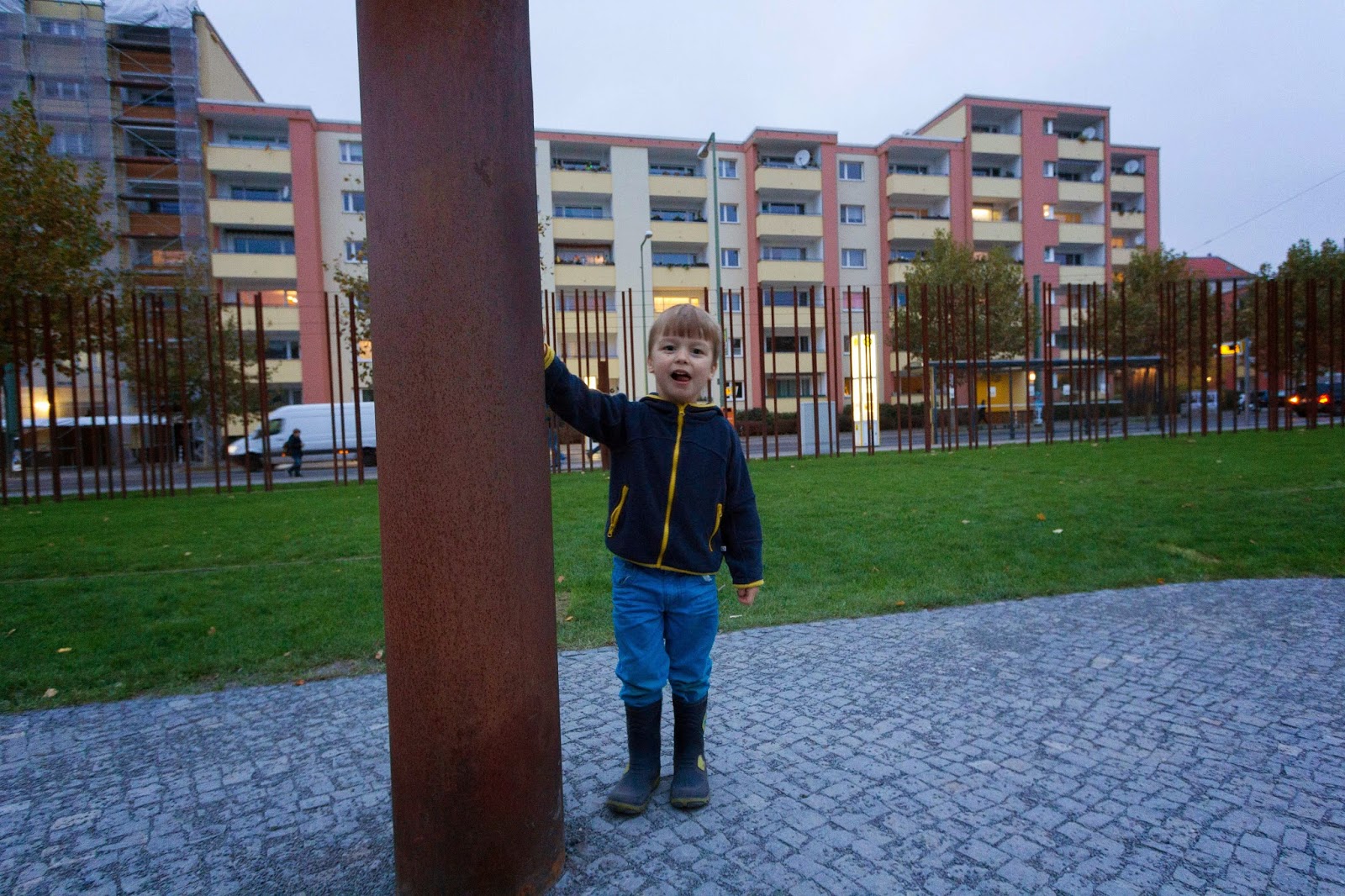