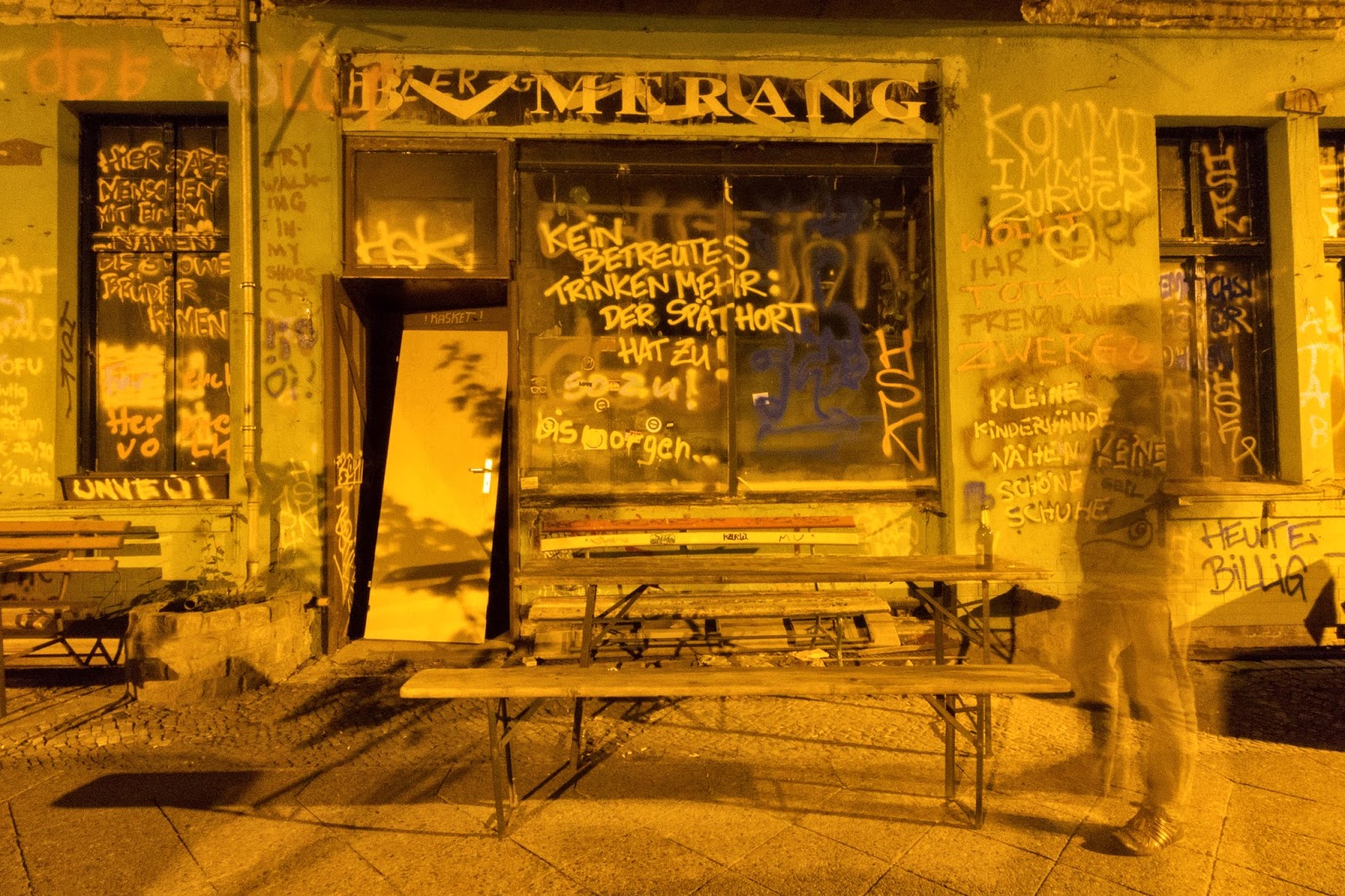 My favorite pub in Berlin is gone. I went to Stubbenkammerstraße tonight to discover the dreaded day had come. Messages lamenting its demise – and that of the city – were scrawled on its windows and doors and a large wooden board blocked the door to hammer the message home. Es ist vorbei. 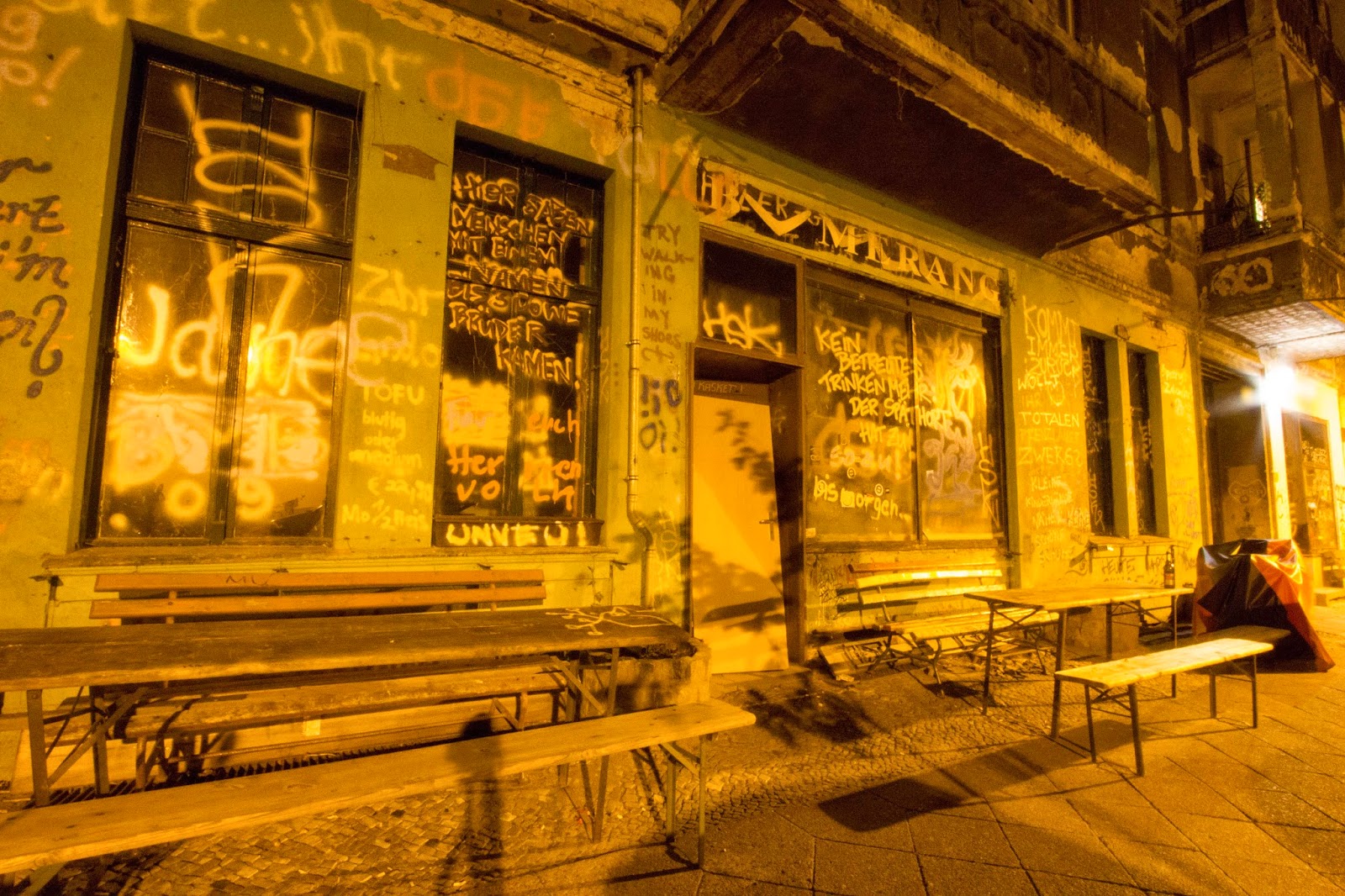 It was a great pub, Der Bumerang, full of wood, dirty and smoky. There was a dirty fish tank in the window, so dirty I’m not sure if there were any fish in it. The toilet’s street art was plastered with antifa stickers and slogans. 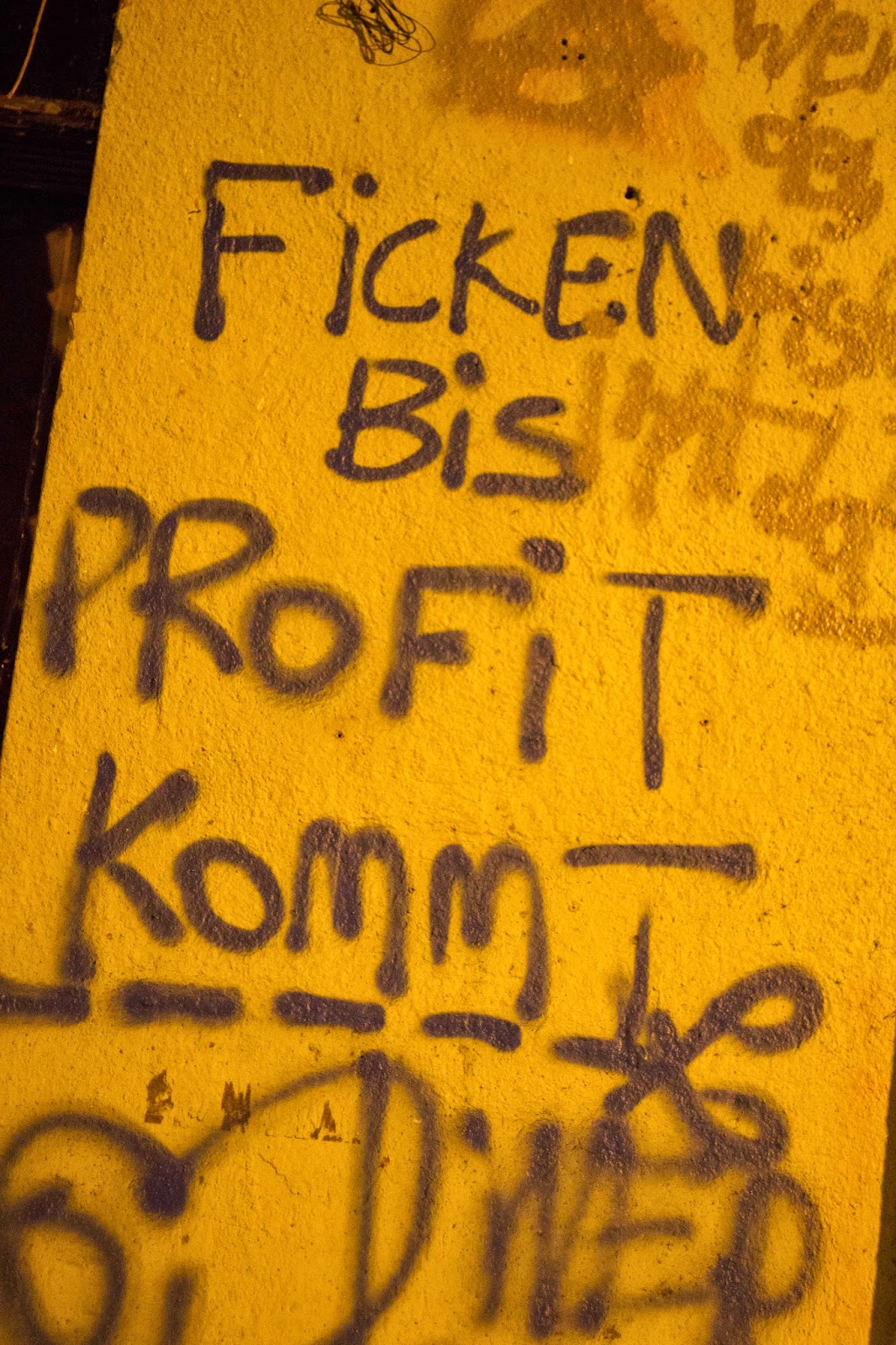 They used to show violent films on a projector and there were readings and performances from time to time, artistic things and philosophical things. I left once because I didn’t know what the hell they were talking about.
The last time I was there the barman was drinking vodka from the bottle, barely able to stand, drunk as a Yeltsin. He was still able to pull our beers, damn tasty beers they were too.
On a previous occasion I learned the whole building had been bought by Zalando, the mail order clothing crowd. They’d been trying to get rid of the bar for a while but of course there were campaigns, petitions and so on to save it. As if they could. They just delayed the inevitable. 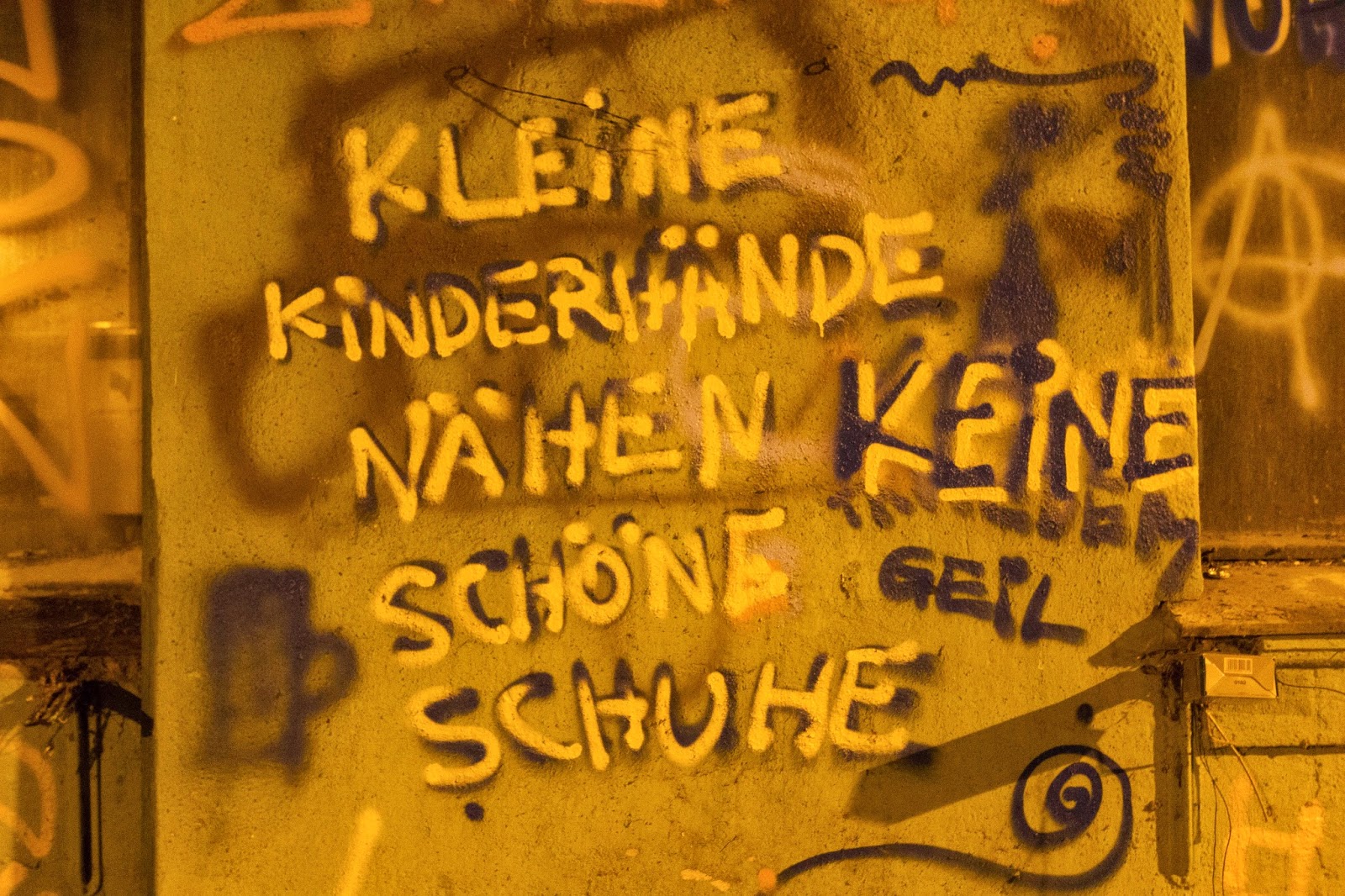 The barman, another one who was relatively sober at the time, said the pub didn’t have the clout the likes of Schokoladen in Mitte or others had, so there was little political will to save it. He knew this day would come.
I may even have stumbled upon its boarded-up door before. Recollections of seeing the same distraught messages seem to be there. I guess I drowned my sorrows to the extent of not being able to remember what caused them anymore. 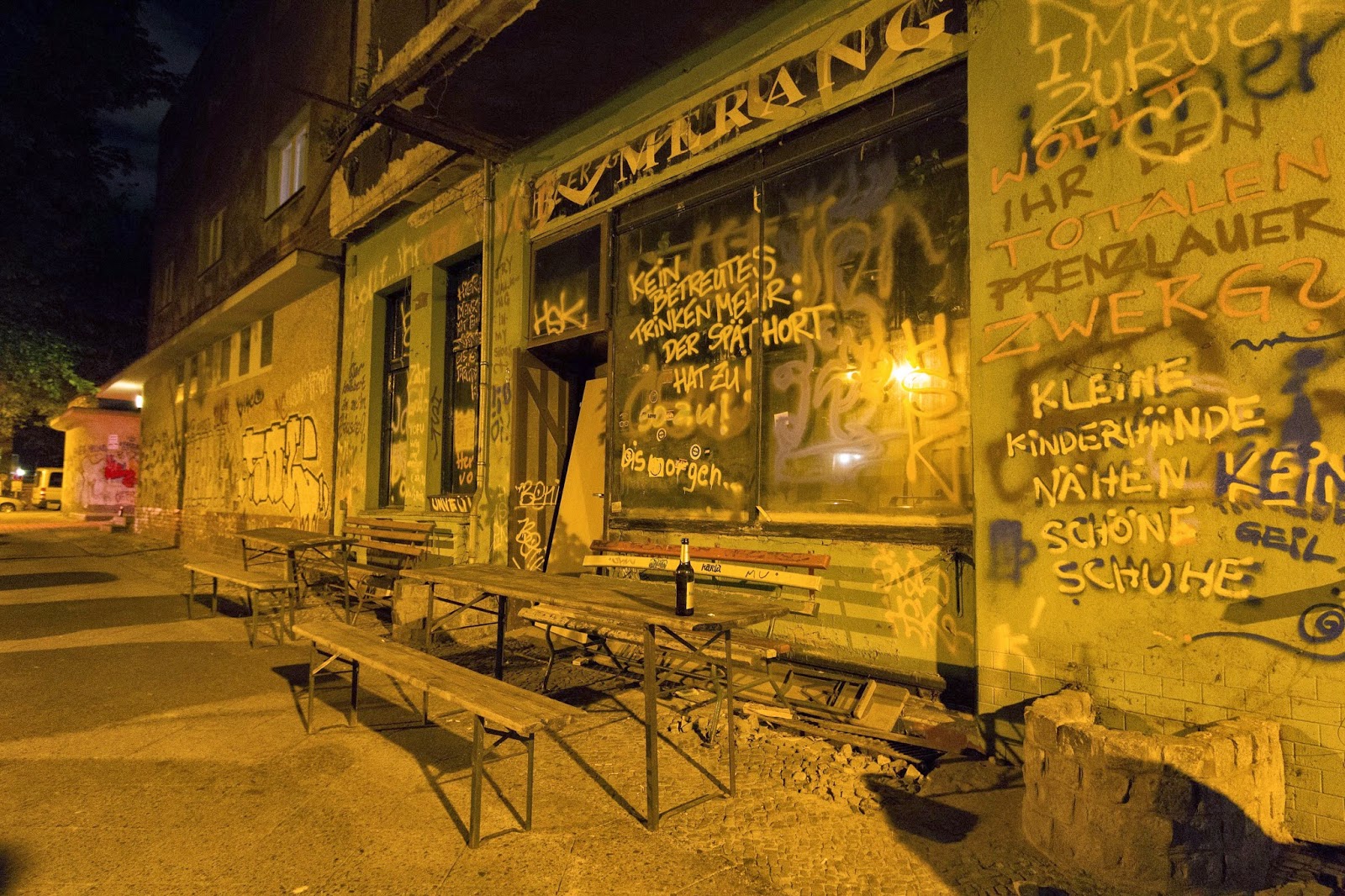 Not tonight. I read the messages with a sorrowful heart, went on a few doors to where I could hear laughter. Maybe it had just moved! But no. It was a fancy café, all nice and new, with painted walls and well-dressed people inside. It was clean for fuck’s sake, clean! They sat around at tables, chattering without a care in the world, probably sipping water shipped from Japan.
I didn’t hang around. Nothing hangs around any more. And this is one Bumerang that ain’t coming back. 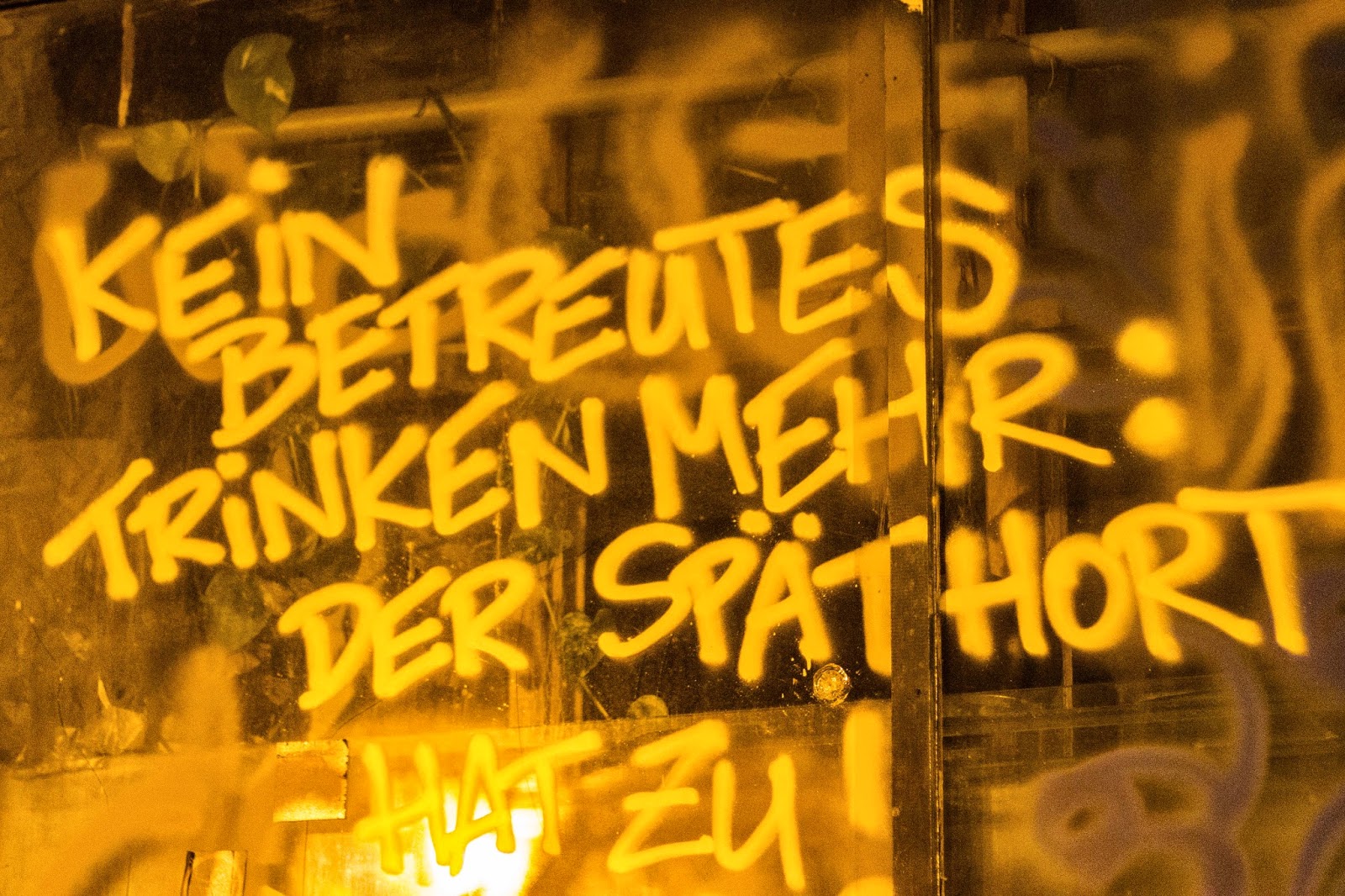