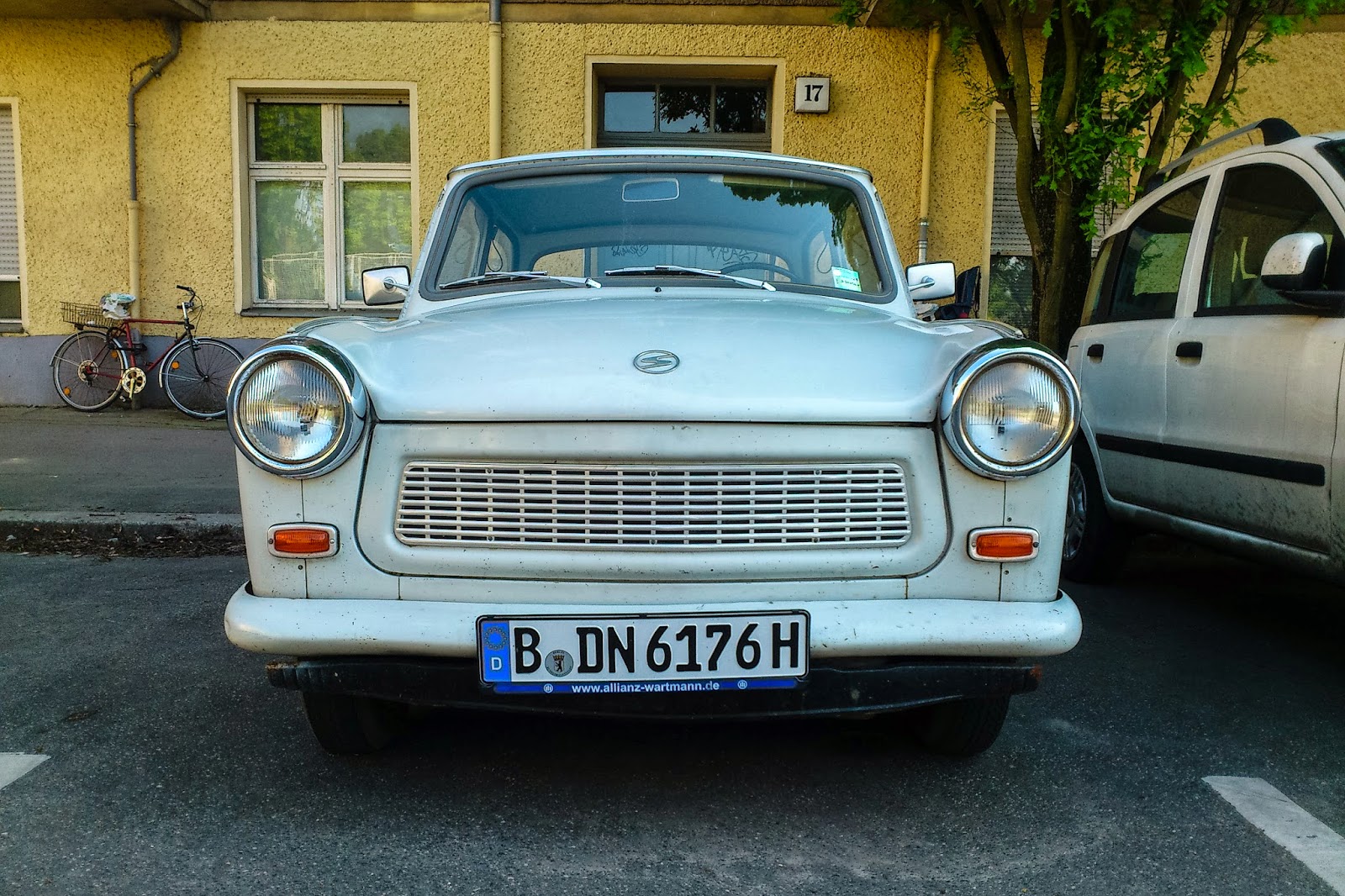 I was startin’ to think splashing out on a 1973 banger wasn’t such a good idea. I couldn’t get the damn thing started for over a week and I was already getting parking fines because I couldn’t move it.
I’d only barely managed to get it home from Mitte. I drove the whole way without ever finding first gear. The gearstick is up by the steering wheel. I’d no idea what I was doing. I spent the whole journey terrified it would conk out, as it threatened to do on numerous occasions, particularly when going over tramlines. But I got it home. And then couldn’t move it.
In the end I had to join the ADAC and get them to sort it out. “I’d like to join. By the way, my car’s fucked. Can you come and fix it?” 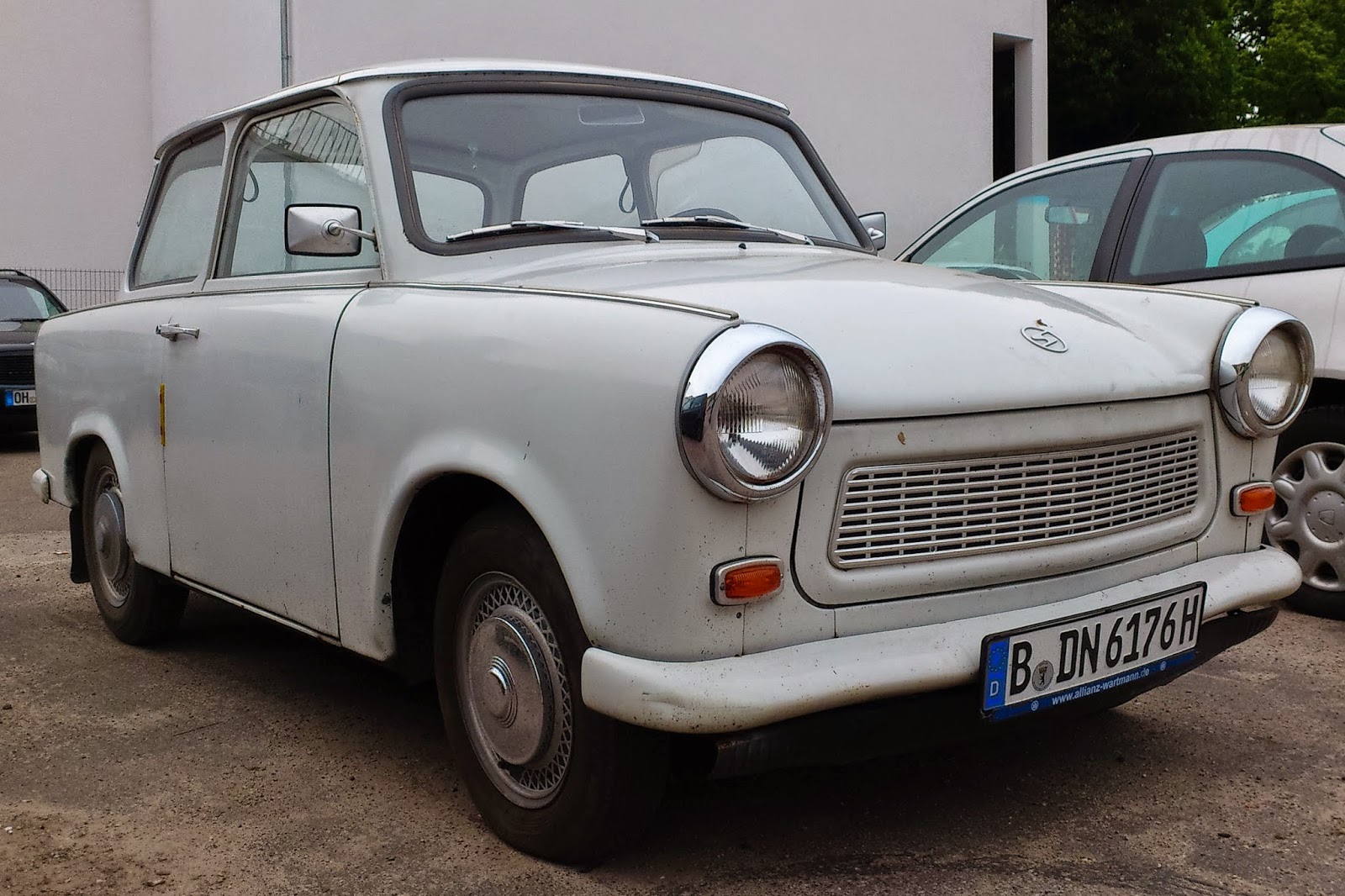 They were incredibly friendly and sent someone around within an hour. He changed the spark plugs und viola! It roared to life, sending great clouds of black smoke on top of the unfortunate cyclists cycling by.
I was terrified it would conk out again but I drove it around the block. Then I turned it off, tried to start it with your man still there. It worked! It even worked the next day when he wasn’t there!
It started again this evening after it had been left for two days so I’m hopeful that I have the hang of it now. We’ll see how it reacts in winter but that’s a long way away now…
And I know where first gear is now. That’s always a good start. 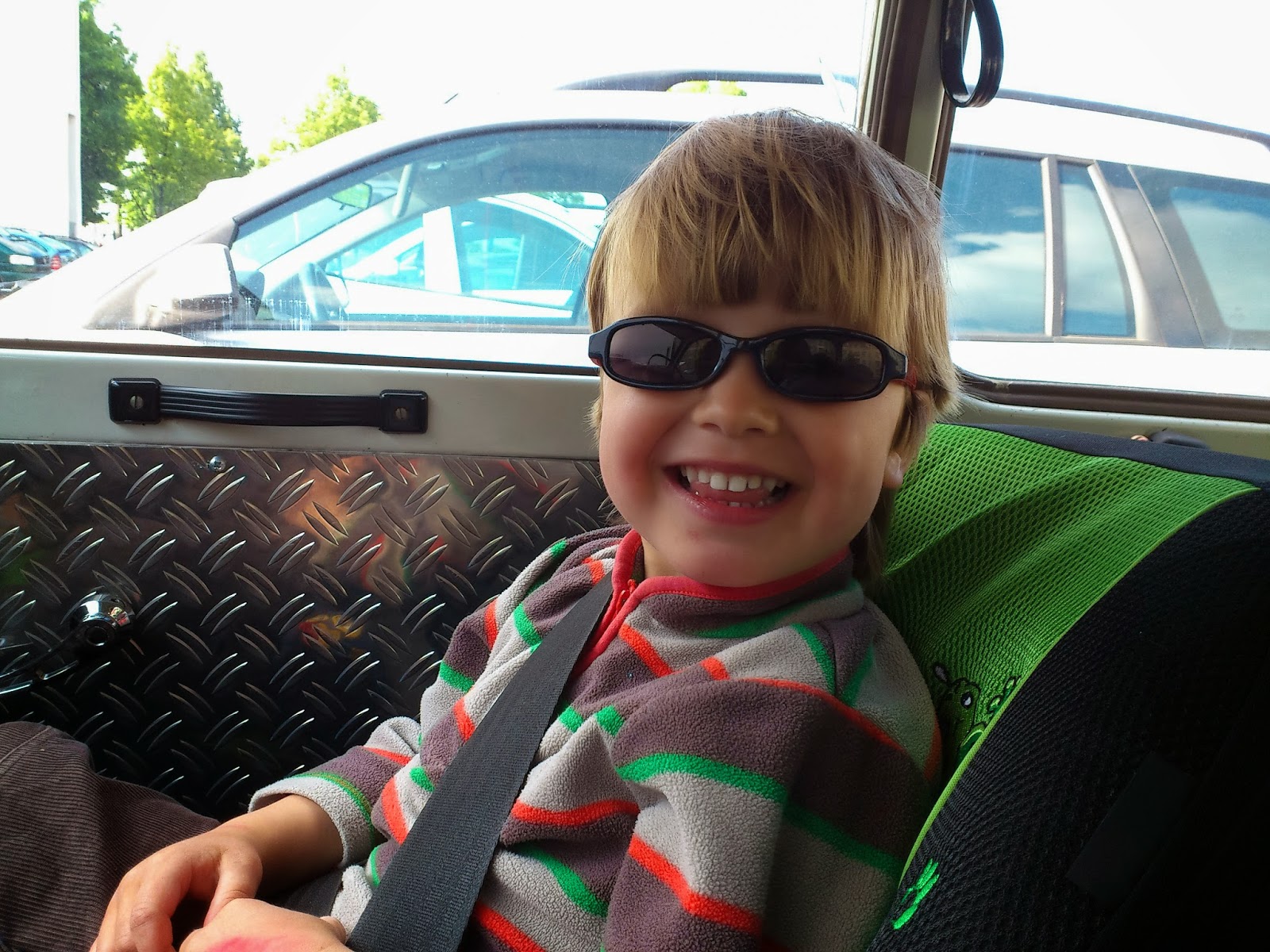 I’ve named it Xabi. Xabi the Trabi. The young fella loves it. Jaysus, he loves it...
“More spins! I want loads of spins!”
He wanted to spin over to Lidl across the road. The car is parked beside Lidl across the road.
I think he likes the noise, the smell of petrol, the feeling you’re in a car, or at least something trying to be a car. It roars along, at a snail’s pace, but it roars along nonetheless.
There’s no fuel gauge. You have to have a rough idea of how far you’ve travelled and how much fuel you’ve used. Then, when you’re filling her up, you can’t be using any of this unleaded shite – it has to be the proper traditional petrol – and you need to manually mix in two-stroke oil yourself. Apparently the ratio is 1:50, whatever that means. I guess I’ll learn.
Peter, the fella I bought it off, seems a cool dude. He knocked a good bit off the price and gave me an original old DDR flag as a present. “Frisch gewaschen,” he told me. I’d told him I was interested in the history and all that. 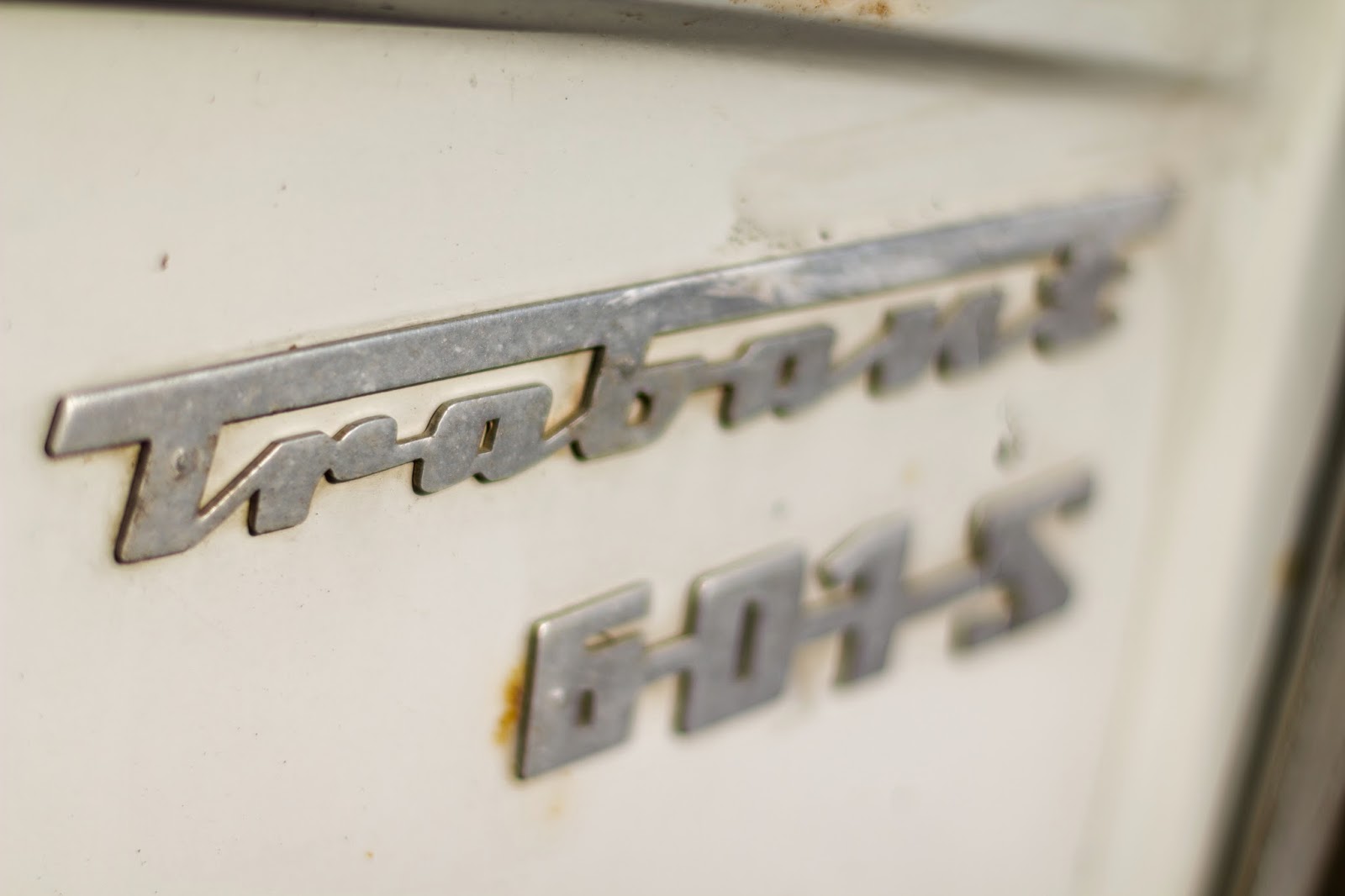 He pointed at the fire extinguisher to the left beside by feet when I was giving it a testdrive. “Kaputt,” he said. The handbrake is also kaputt.
There are cables running across the floor from the boot, where a 12V battery should be, for the CD player on the dash. Peter seemed more keen to show me the CD player and the speakers at the back than the actual car itself. There may be a Rammstein CD stuck in the CD player. Peter is a bit of a metalhead. He’s also selling five pythons in case anyone is interested…
So now I’ll be driving around in a revered East German icon. Possibly the revered East German icon. The DDR didn’t have that many. 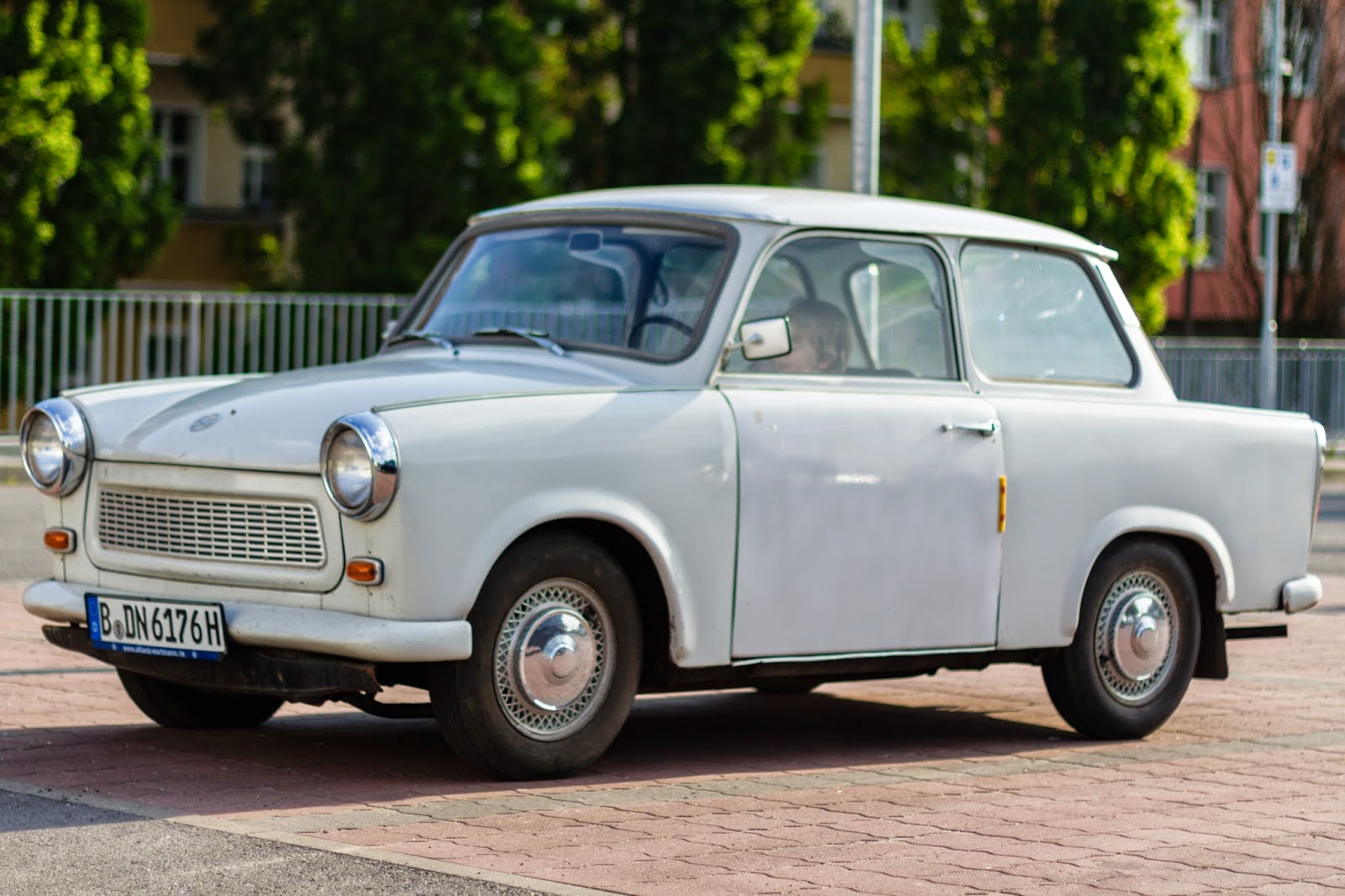 Peter gave me all the old paperwork, going back to when Herbert Krause of Uthmöden first bought the car in June 1973. Herr Krause was 50 at the time and he drove it until he was 89. He only died in the past year. He has a diary going back to 1973 in which he wrote and detailed everything he did to the car, in great detail. The entire mechanical history is there, in a notebook.
So I have an obligation to Herr Krause to look after his baby. I will. I hope it looks after me.