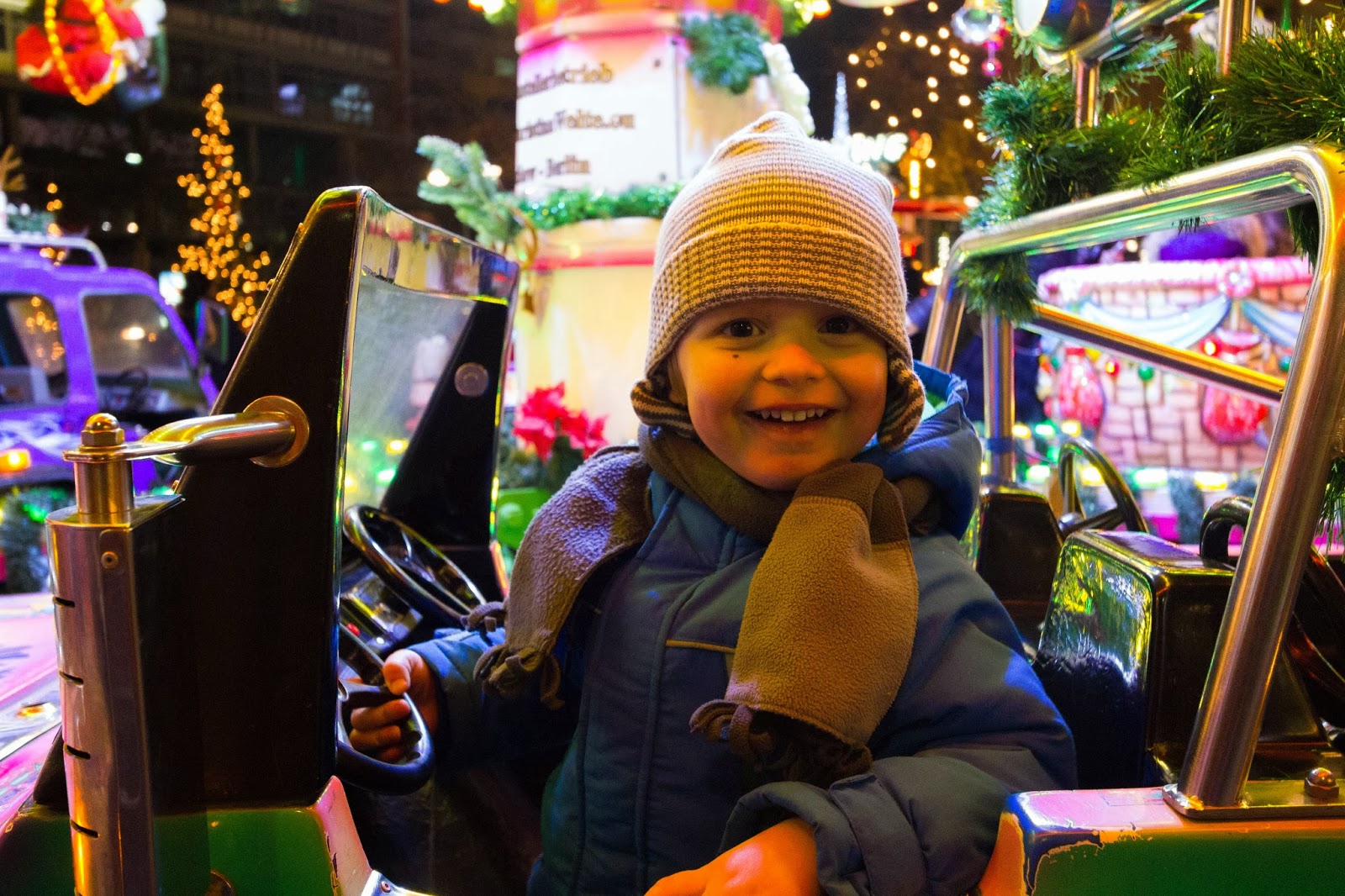 The young fella’s three! There’s still only one of him – I mean he’s three years old today. Three!
He’s old enough to be excited about it. Last night when I brought him to bed I asked him what tomorrow was.
“It’s my birthday!” he giggled, writhing with happiness. Someone (obviously German) must have been telling him of all the wonderful things he could expect. 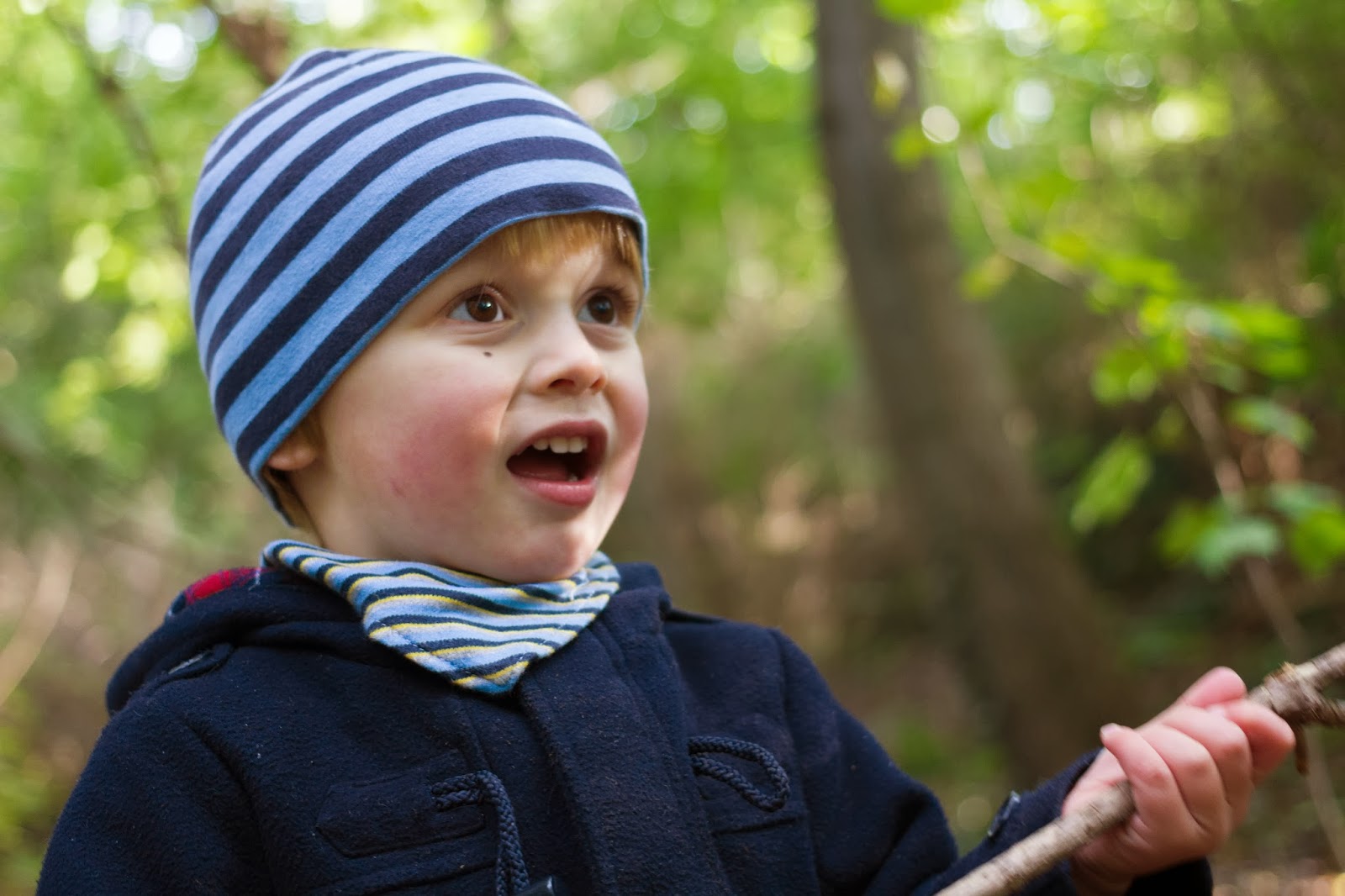 When I asked him last week what he wanted to do for his birthday he replied: “Go somewhere else. On a plane.” 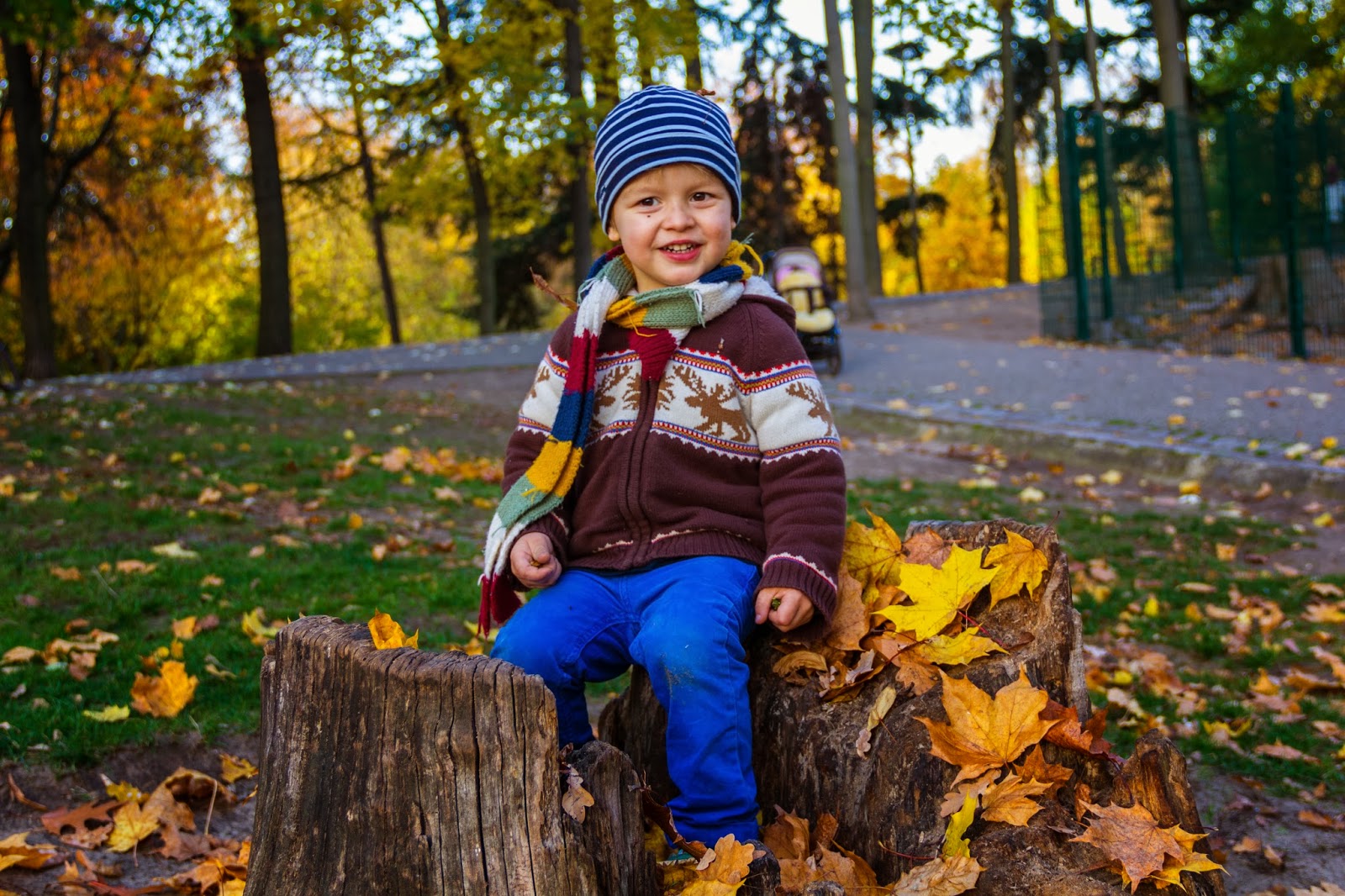 I should have listened. We’re bringing him to a swimming pool and pizzeria. Not at the same time of course – that would be asking for trouble, chlorine-flavored pizzas at the very least – but he likes water and he likes pizzas so we may as well do what he likes. We’ll see how it goes. I’m sure there’ll be laughs, there always are. Lately he’s been regaling me with his comedic abilities… 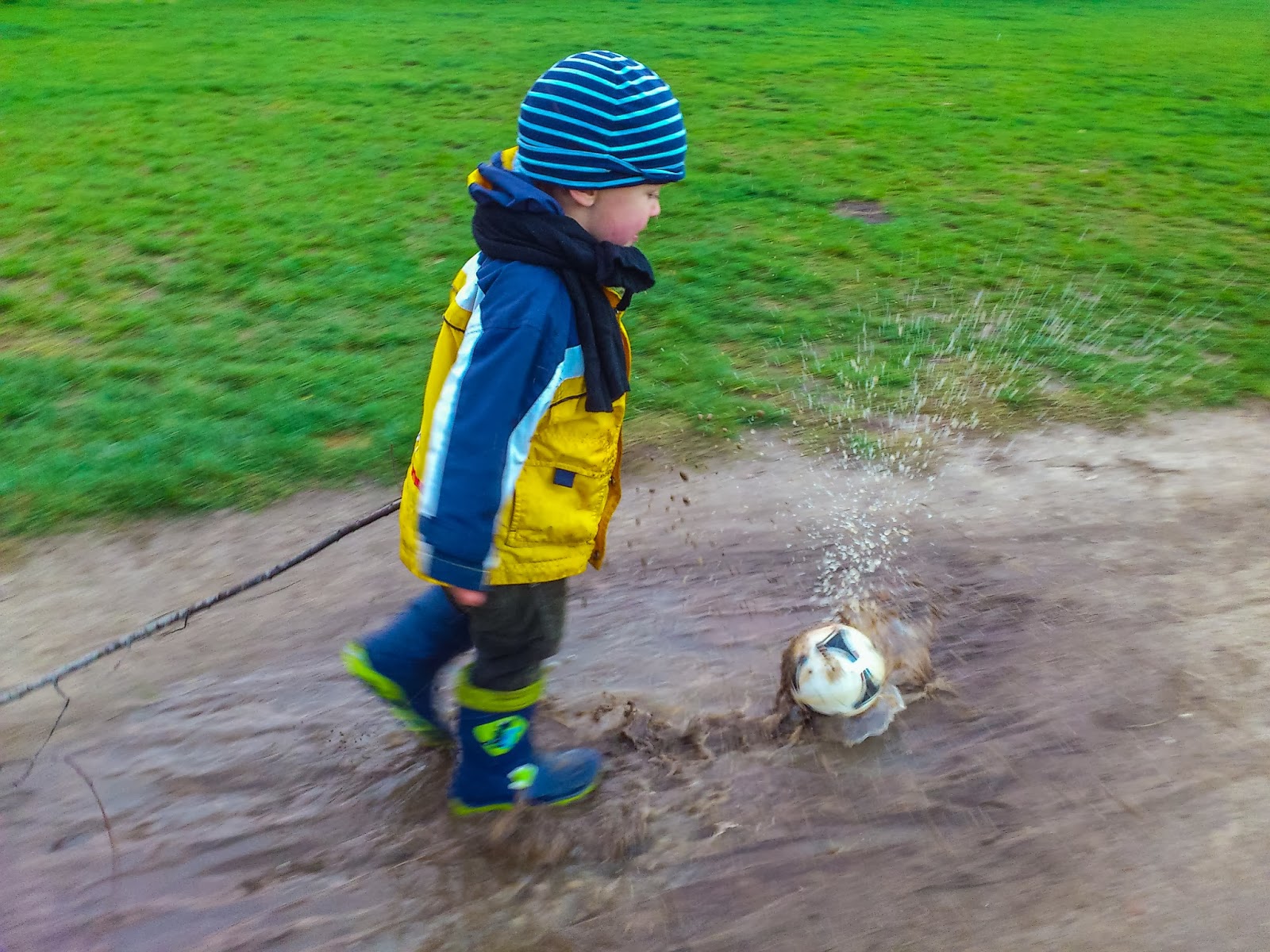 “Can you put the milk and the yogurt in the fridge before they go off?” I asked him after breakfast.
“Where are they going?” he asked.
That was the start of a good day. We didn’t do anything in particular, just went for a walk. We crossed the Bösebrücke into West Berlin. It’s only around the corner, yet still a world apart. 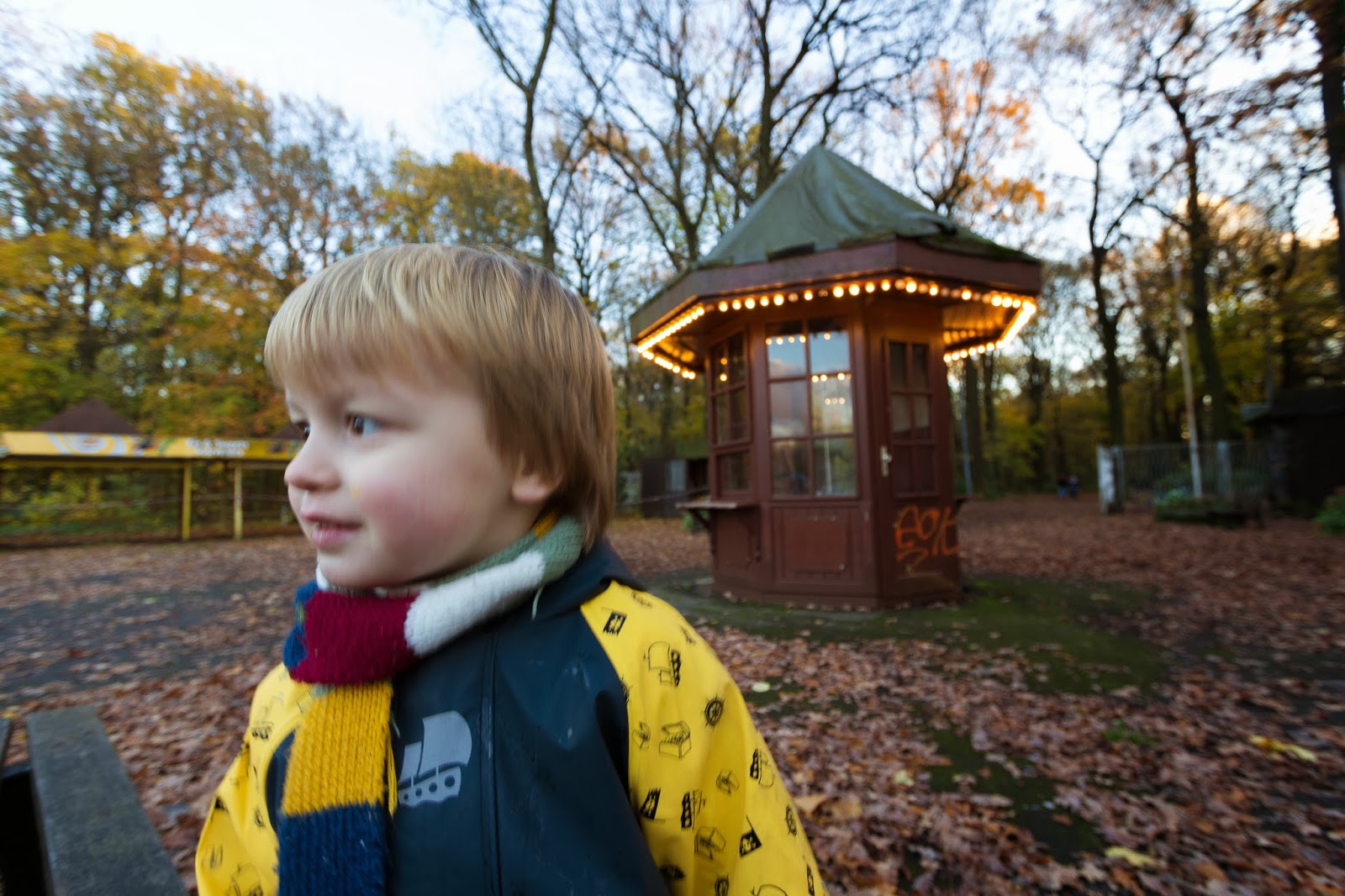 He found two sticks – one was half the size of a tree – and he dragged them along the path. I had to stop him when he went to hit parked cars with them.
“Only police cars,” I told him.
He bashed the sticks together in accompaniment as he sung Skippy – “Skippy, Skippyyyy, Skippy the bush kangaroooooo….” 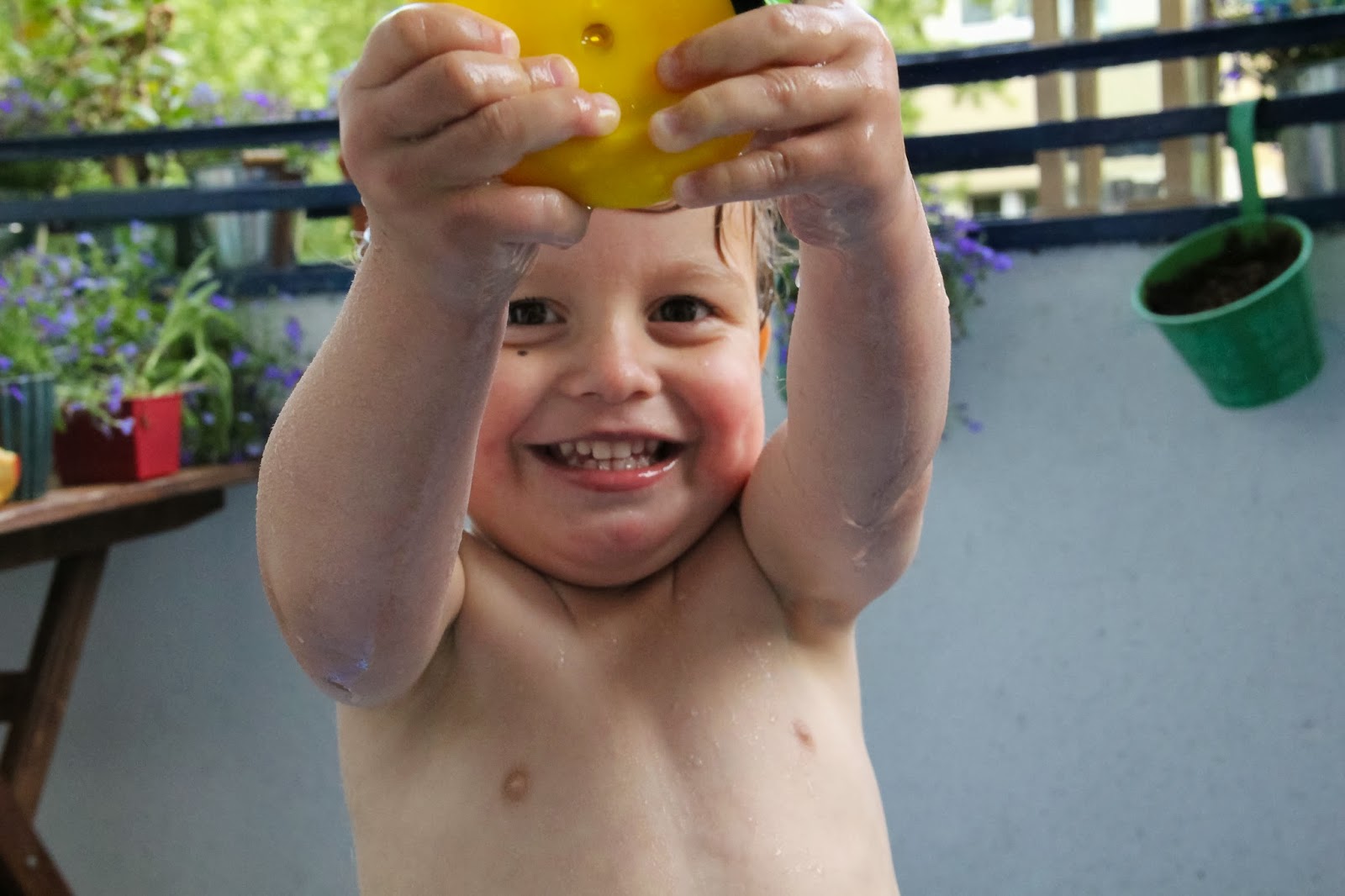 Then he replaced the word kangaroo with “shite, shite, shite.” Not that I encouraged him. But still. It was a moment of pride. Such improvisation! 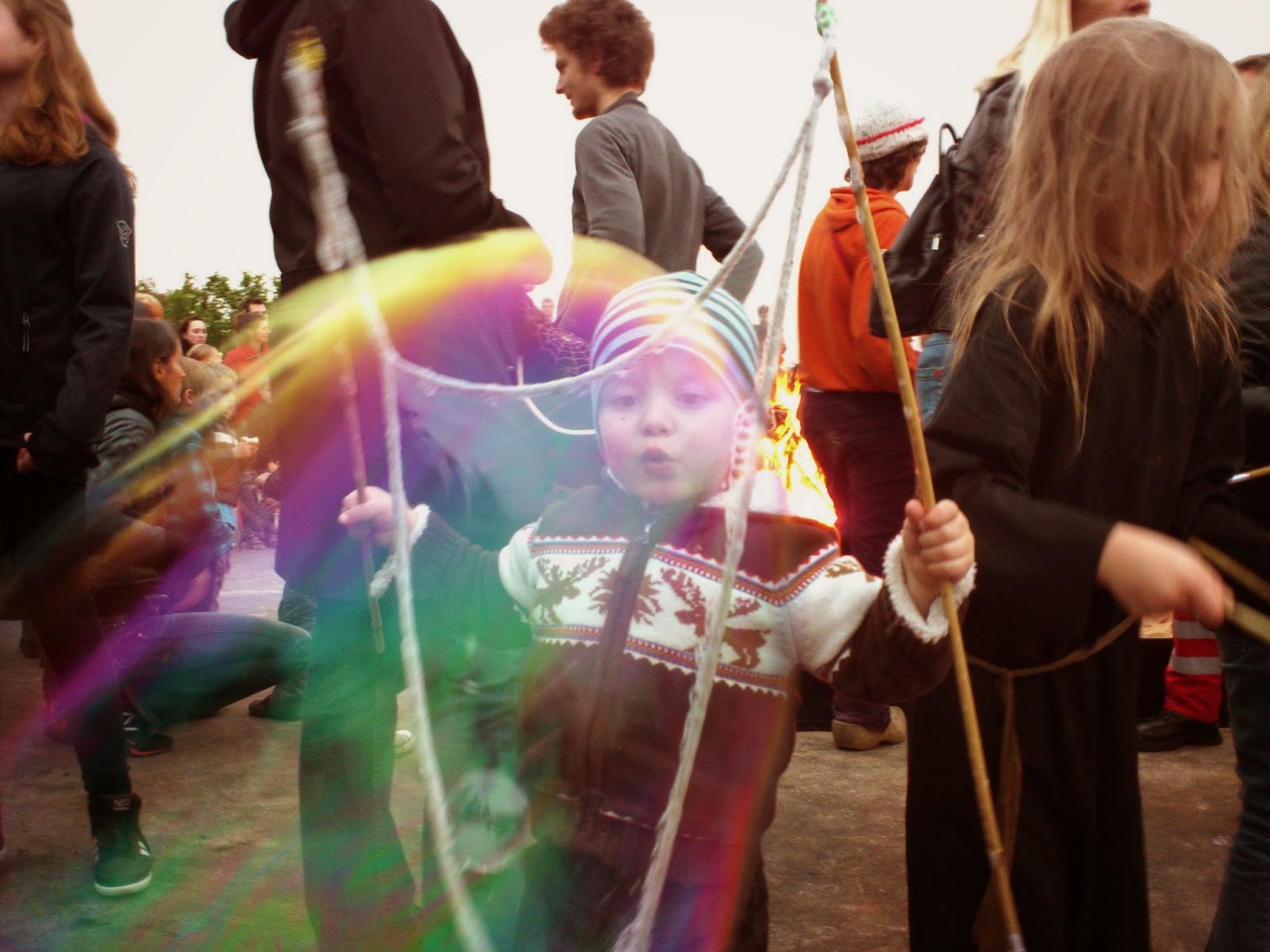 Then he sang to the tune of Jingle Bells using only the word shite. That was even more impressive.
He never fails to impress me. It’s a week since his first standing-up pee. He was so proud. I still am. Jenny was horrified when I told her, and I subsequently learned German “men” actually sit down to pee. Unglaublich. Anyway, the young fella doesn’t want to sit down anymore. Upwards and onwards… 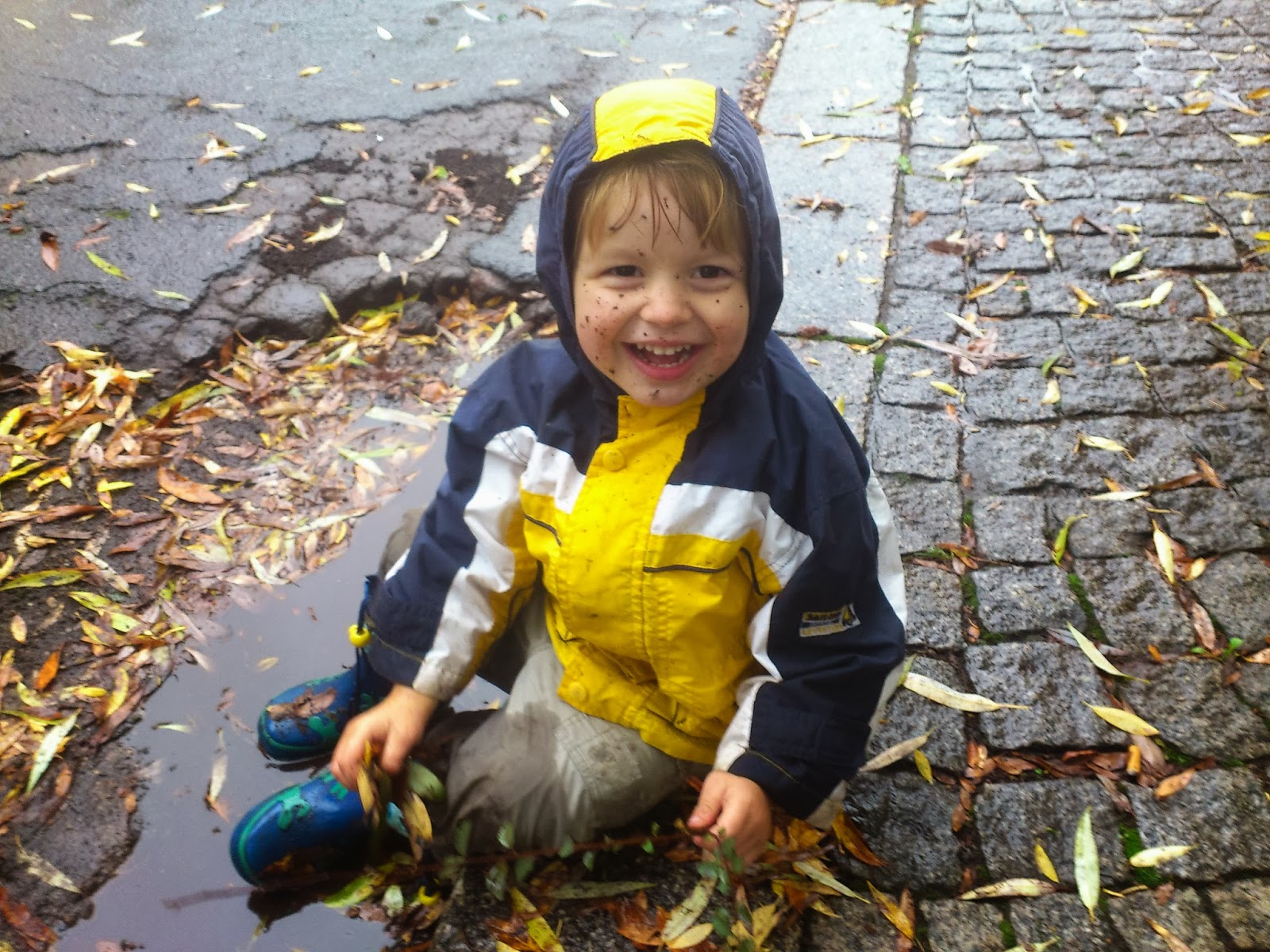 He acts older than a three-year-old. Last night he asked me if I was finished my dinner.
I replied in the affirmative.
“Then you can go play in my room,” he said as he continued eating. 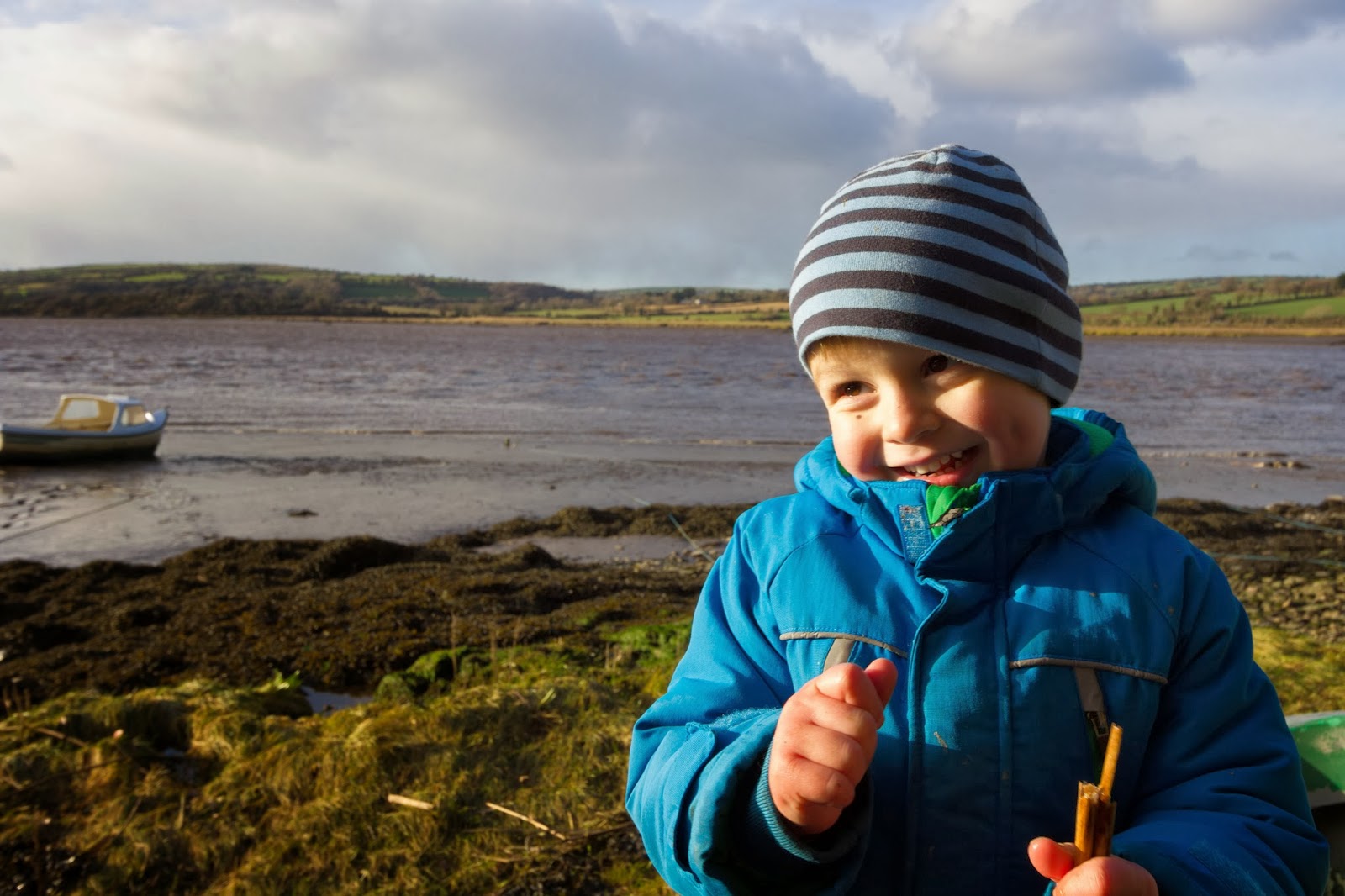 He’s still asking questions for which there are no answers. Last month he wanted to know why the moon was there. Now it’s: “Why are the stars?”
It was a tough year for him but he seems to be coping well with the new arrangements. In fact, I reckon now he’s turning them to his advantage. But sure, who can blame him?
He’s loved and he knows it. That ain’t such a bad thing.
Happy birthday young fella! 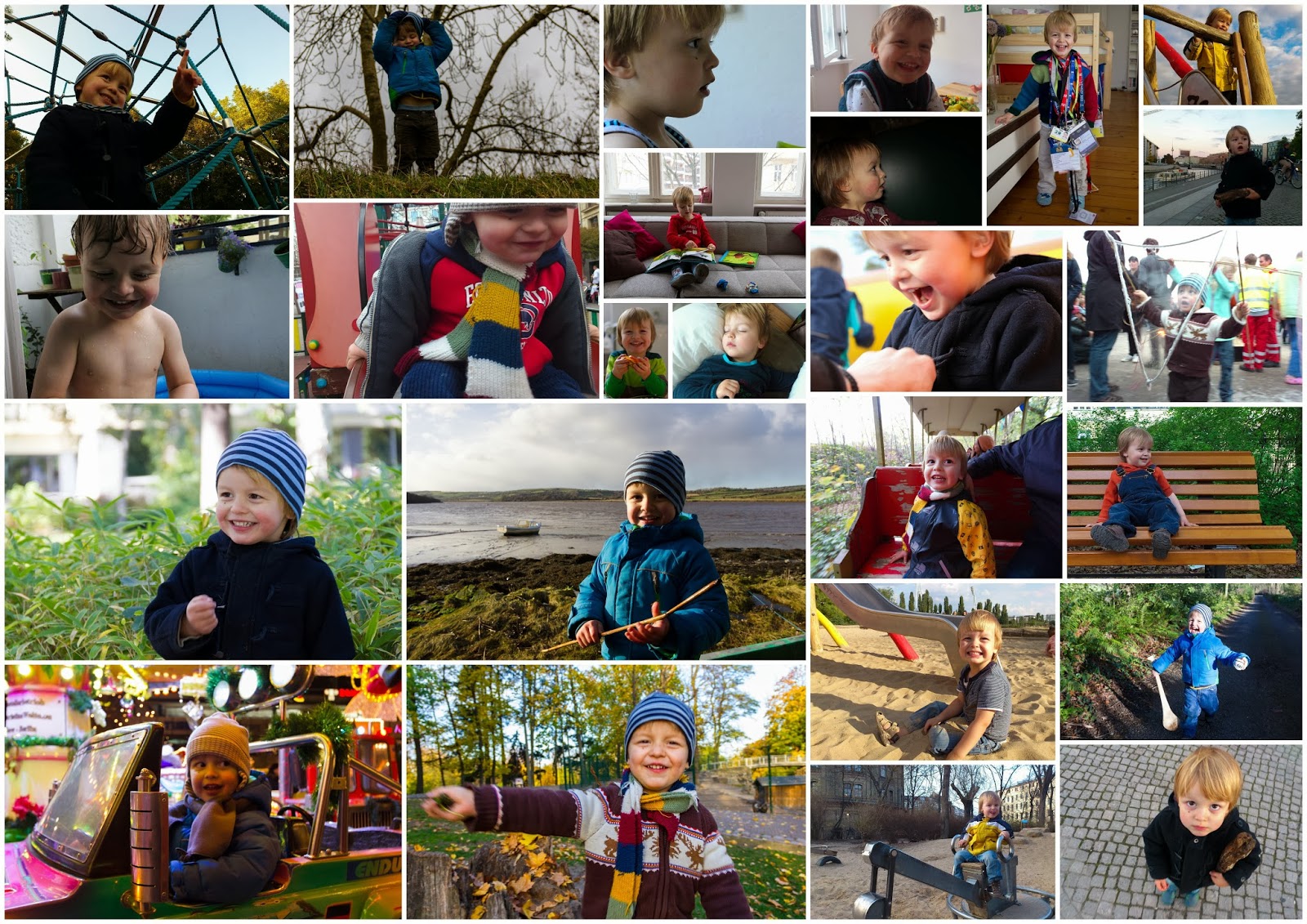