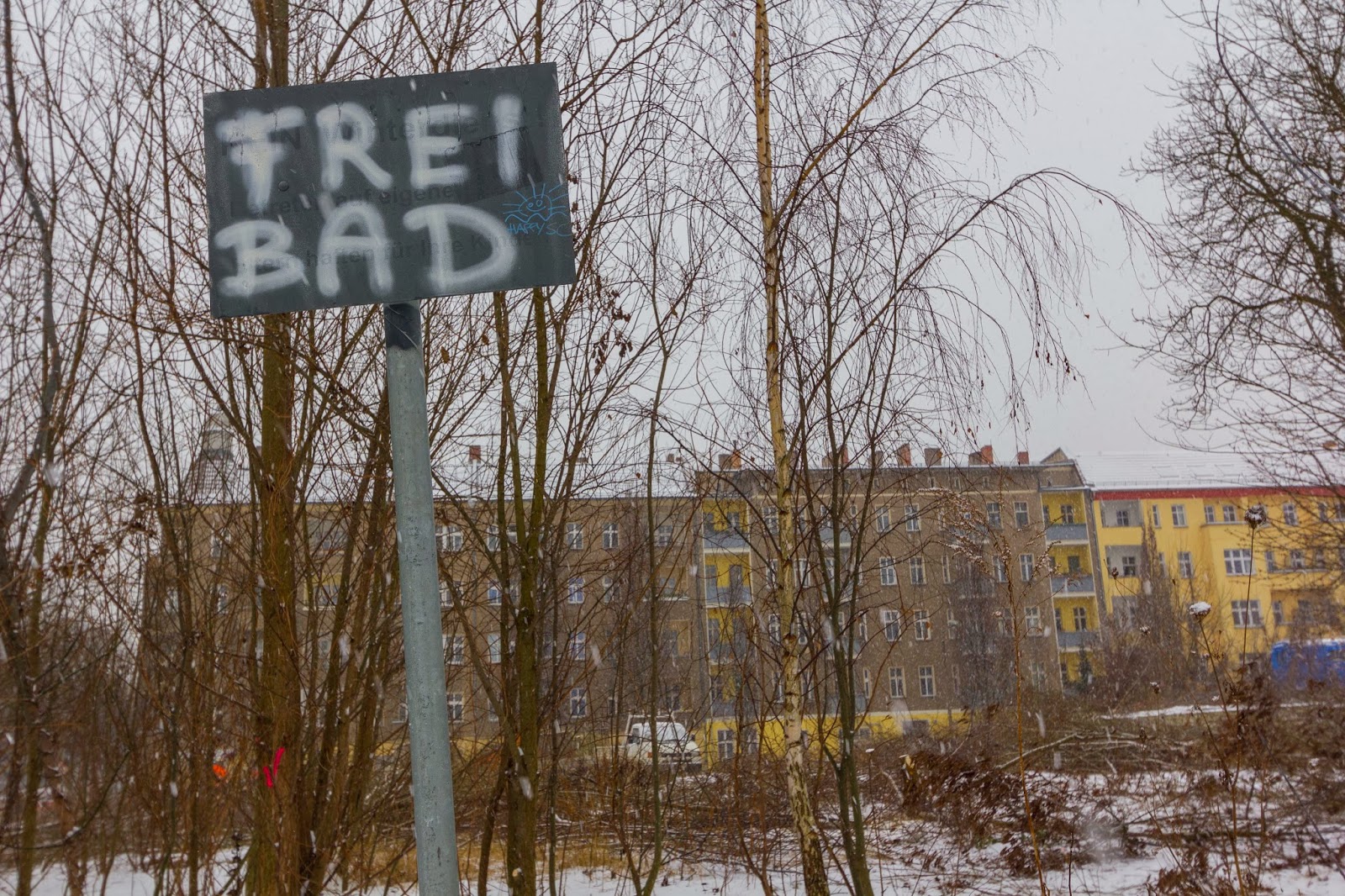 It’s started. Last Thursday the chainsaws came out and two men began cutting down the trees in the wild bit of land opposite.
This morning, early, they started again with more chainsaws, more men, and a noisy tree-mincing machine. It was gobbling up their cut branches and boughs and spewing a stream of sawdust into a trailer. It was snowing, hard. 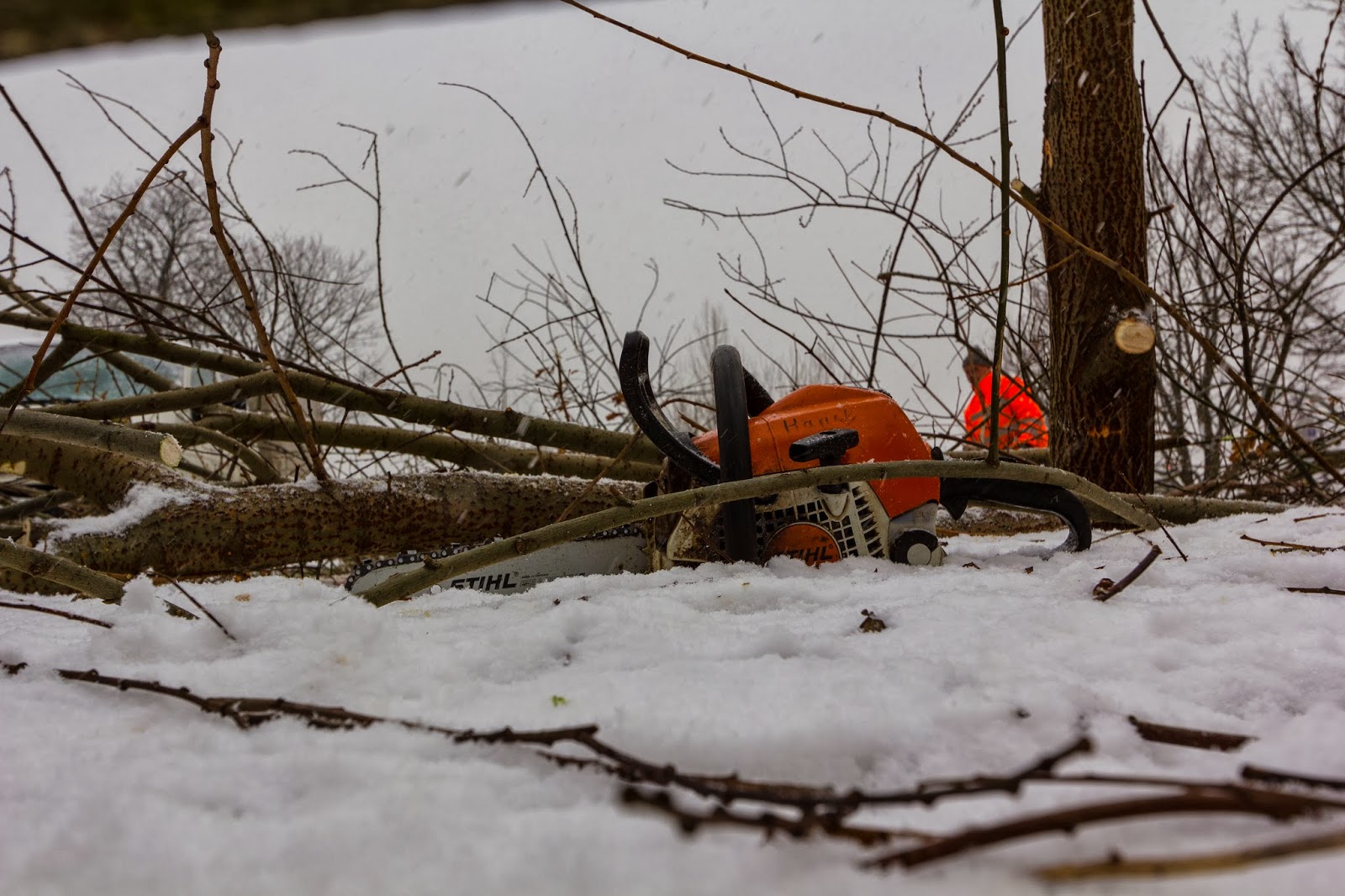 Two Polizei came along, went in to talk to them. They all shook hands, talked, waved arms, the Polizei left – first one way, then another.
I went over and tried talking to two of the men, one with a chainsaw and ear-muffs, the other more senior, with a luminous orange jacket. They couldn’t hear me at first so I had to shout. 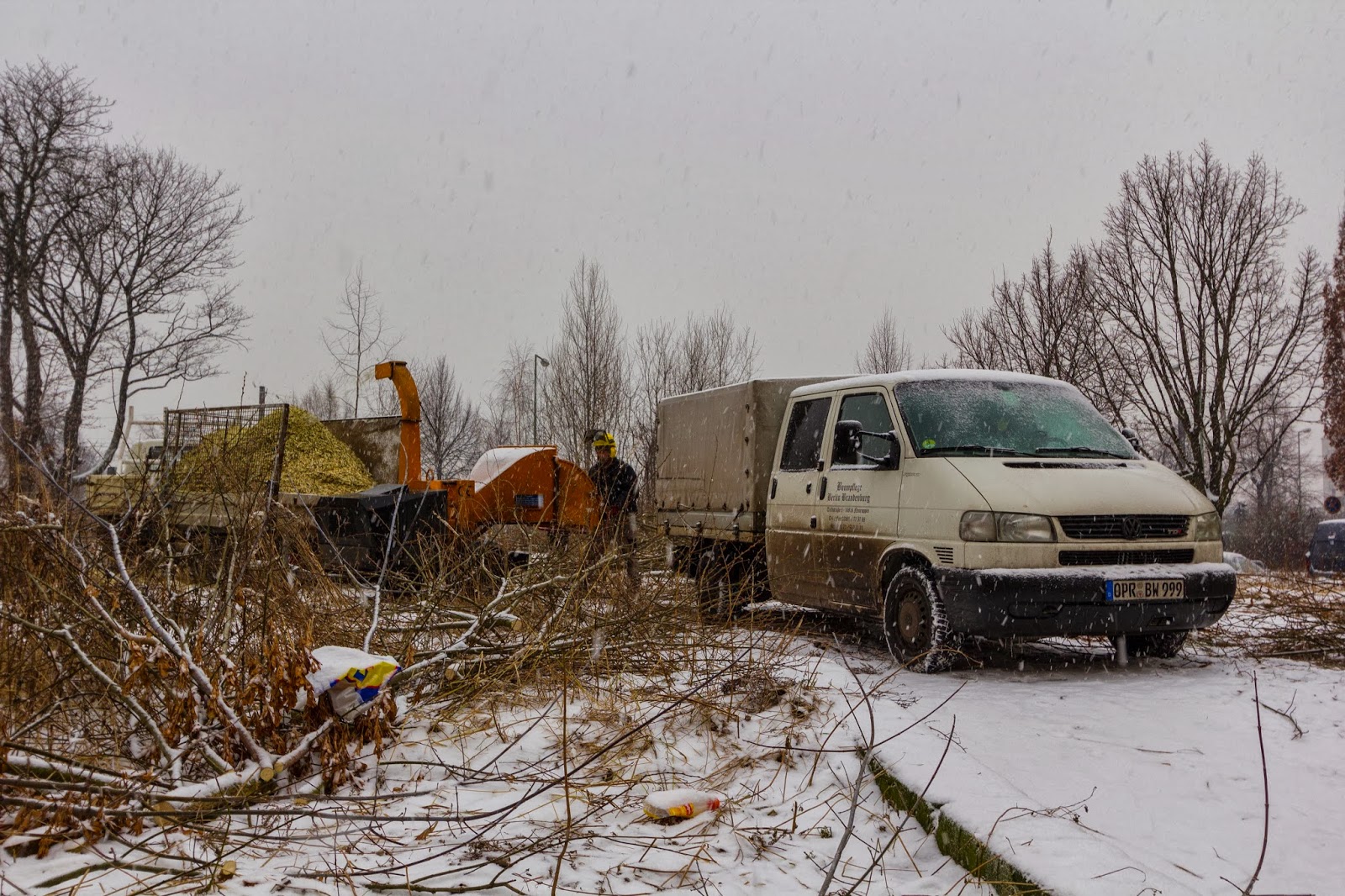 “What’s going to be built here?”
“A house,” orange jacket replied.
“What kind of house?” I persisted.
“A house. With a roof,” he said.
The fucker. He knew what I meant.
“Do you want to buy a house or what?” he sneered while ear-muff guy sniggered.
I went off, went around, began taking pictures.
Orange jacket soon came over. 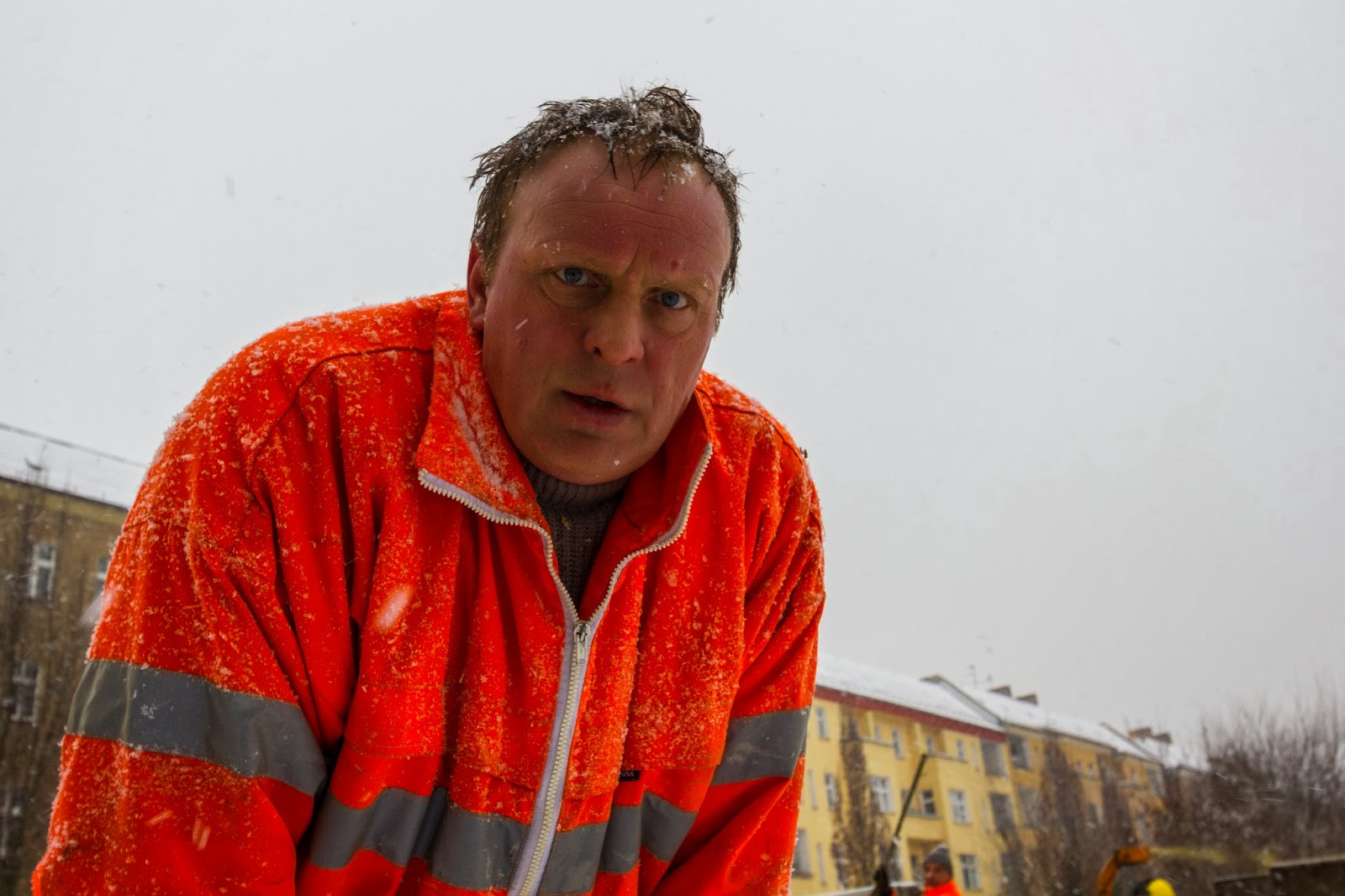 “What’s that?” he asked.
“A camera,” I replied as I took his picture.
He pulled out his phone, rang someone, began speaking hurriedly.
Another guy in an orange jacket came over.
“Stop that,” he said with his hand trying to block the lens.
“Why?” I asked. I was on the footpath.
No answer. 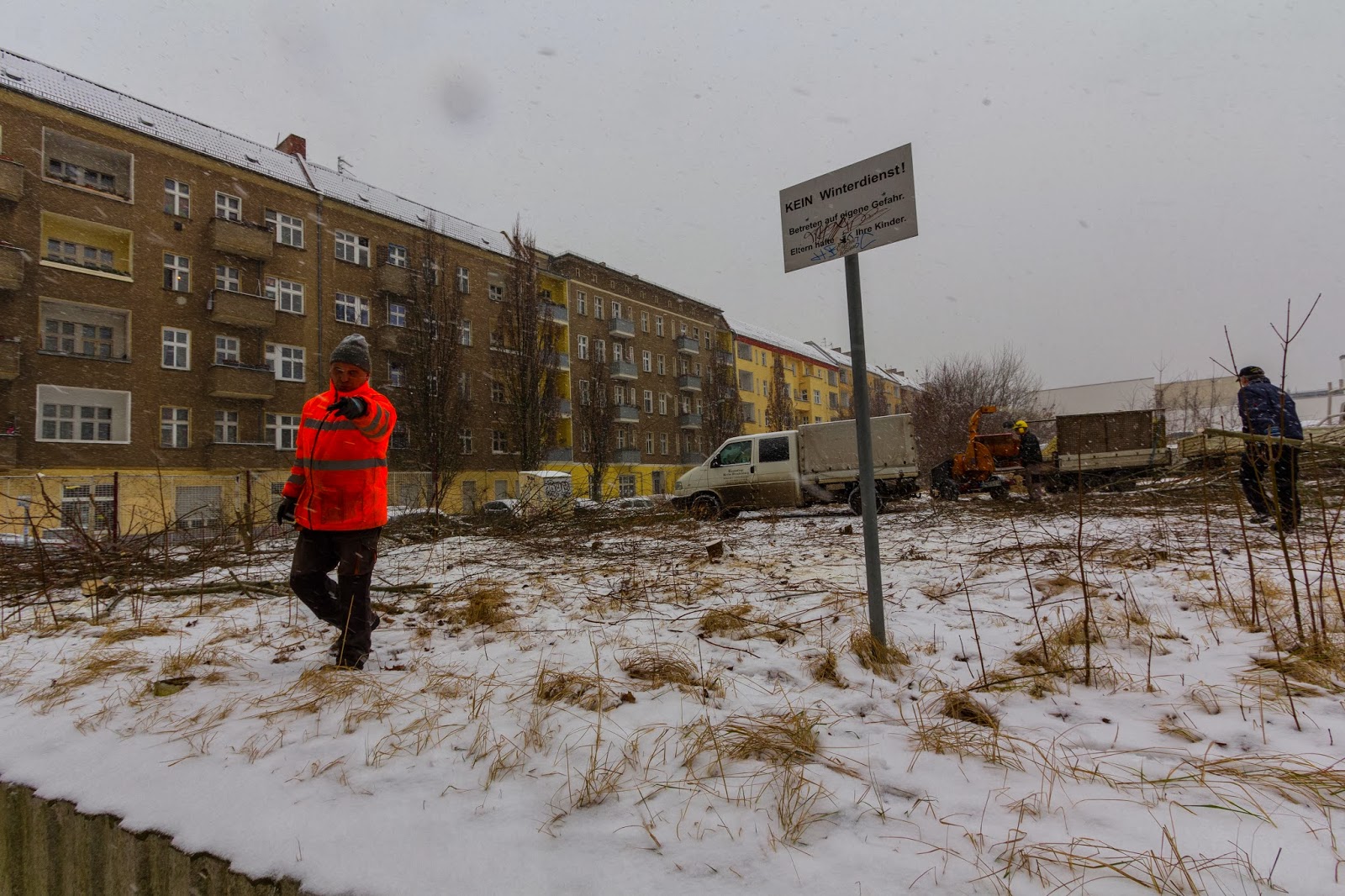 I couldn’t make out what original jacket guy was saying on the phone. I continued taking photos as I walked around the site.
I decided the walk the scenic route home – just in case. Sure enough, when I looked back, I could see an orange jacket following. I didn’t hurry and neither did he. 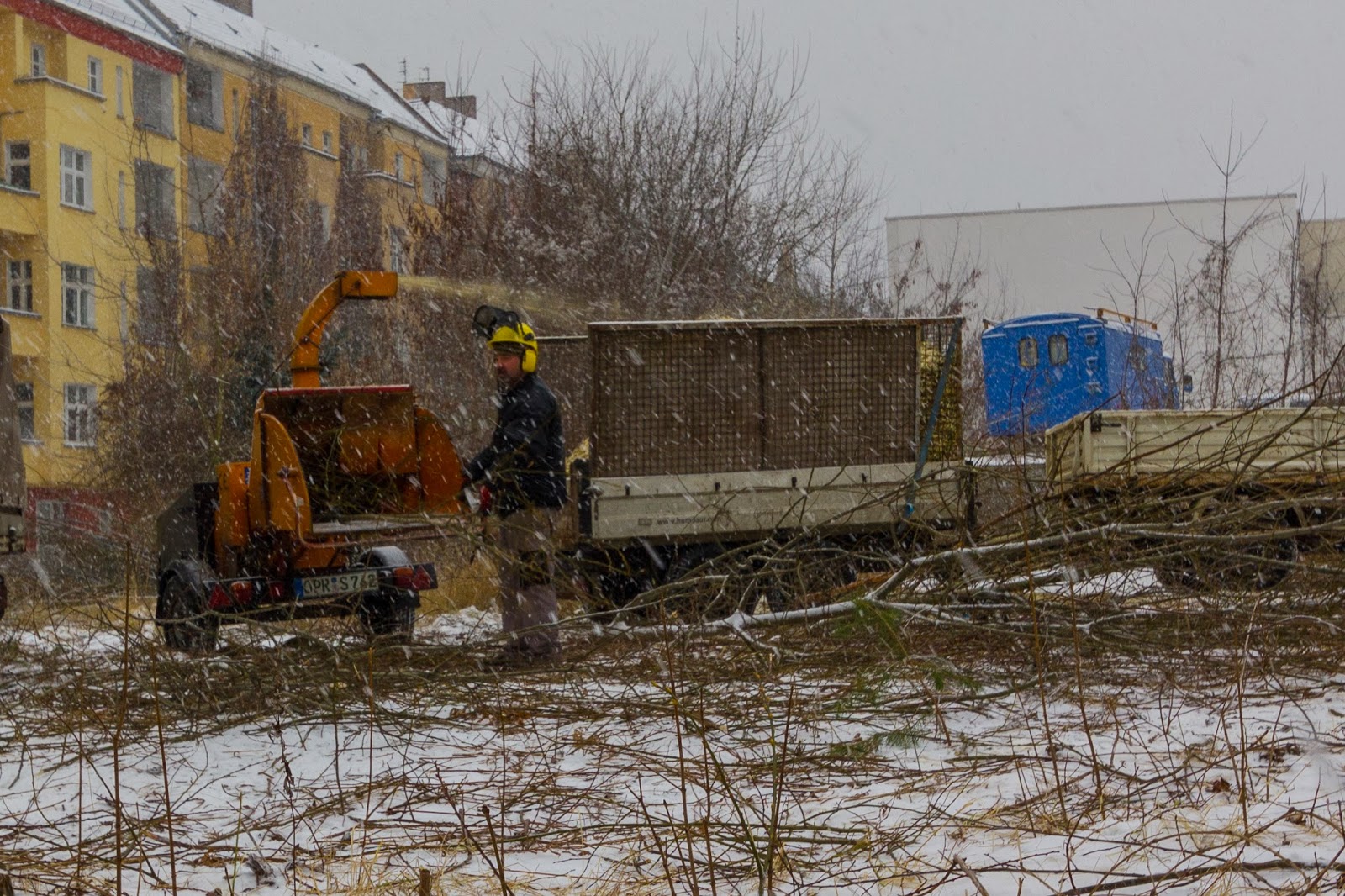 I did a lap of the block until I was back at the site, ducked around the corner and waited for the guy. He was surprised when I popped out.
“Do you want to speak with me?” I asked.
He was still on the phone, and put his hand up as he backed away across the street.
When I walked back I could see he was still looking to see where I was going. I took another scenic route, doubled back, and made it home, unseen. 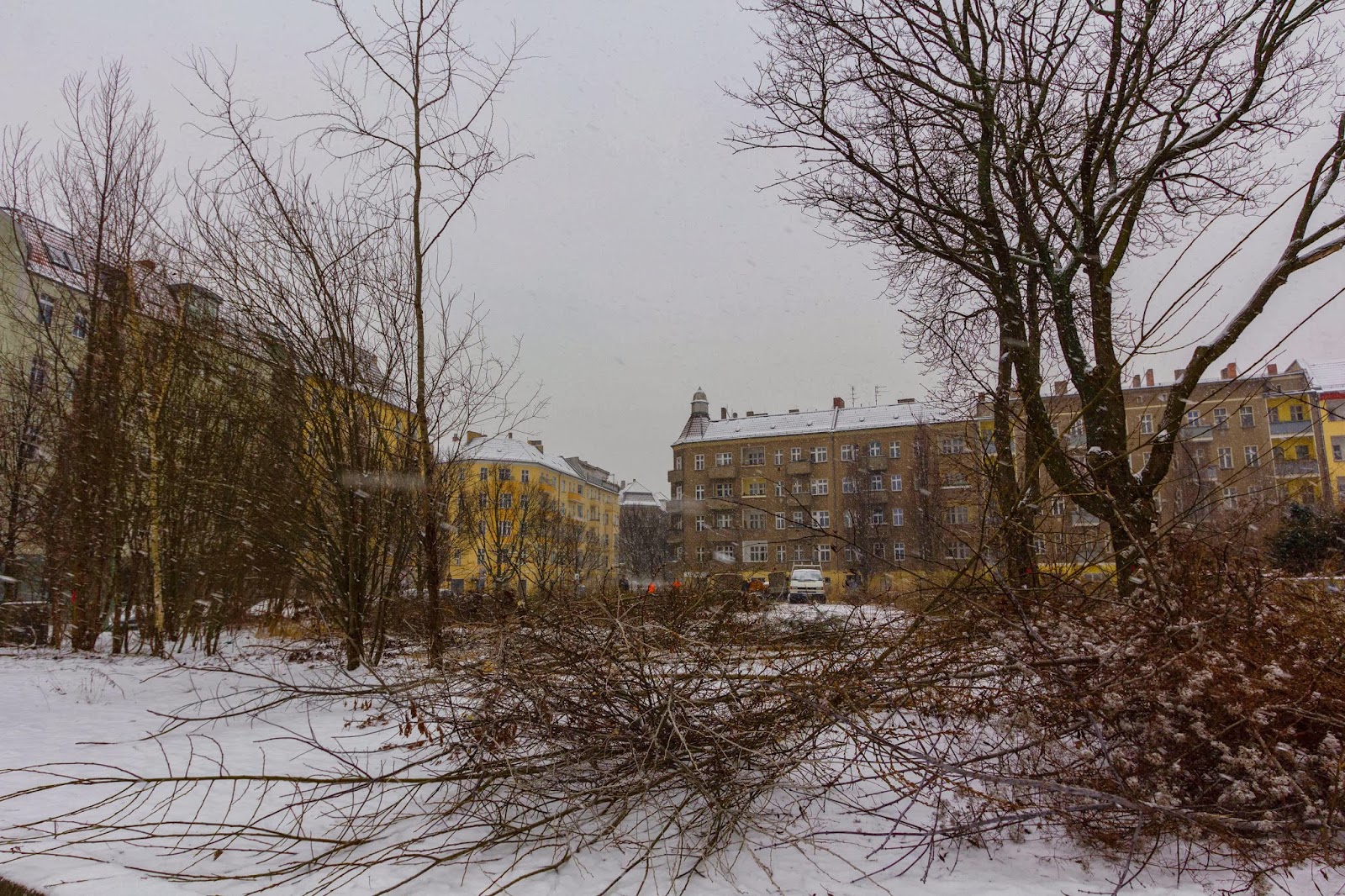 I don’t know what they’re building. The guys cutting down the trees probably don’t know either. Maybe it’s social or affordable housing in which case I’d even welcome it.
But Berlin’s track record is poor in this regard. More likely they’ll be “exclusive” apartments aimed at rich investors who’ll leave them empty as they wait for the market to catch up with their speculative investments, thus contributing to the problem new properties are supposed to be solving. So ist Berlin, Wowereits Berlin. 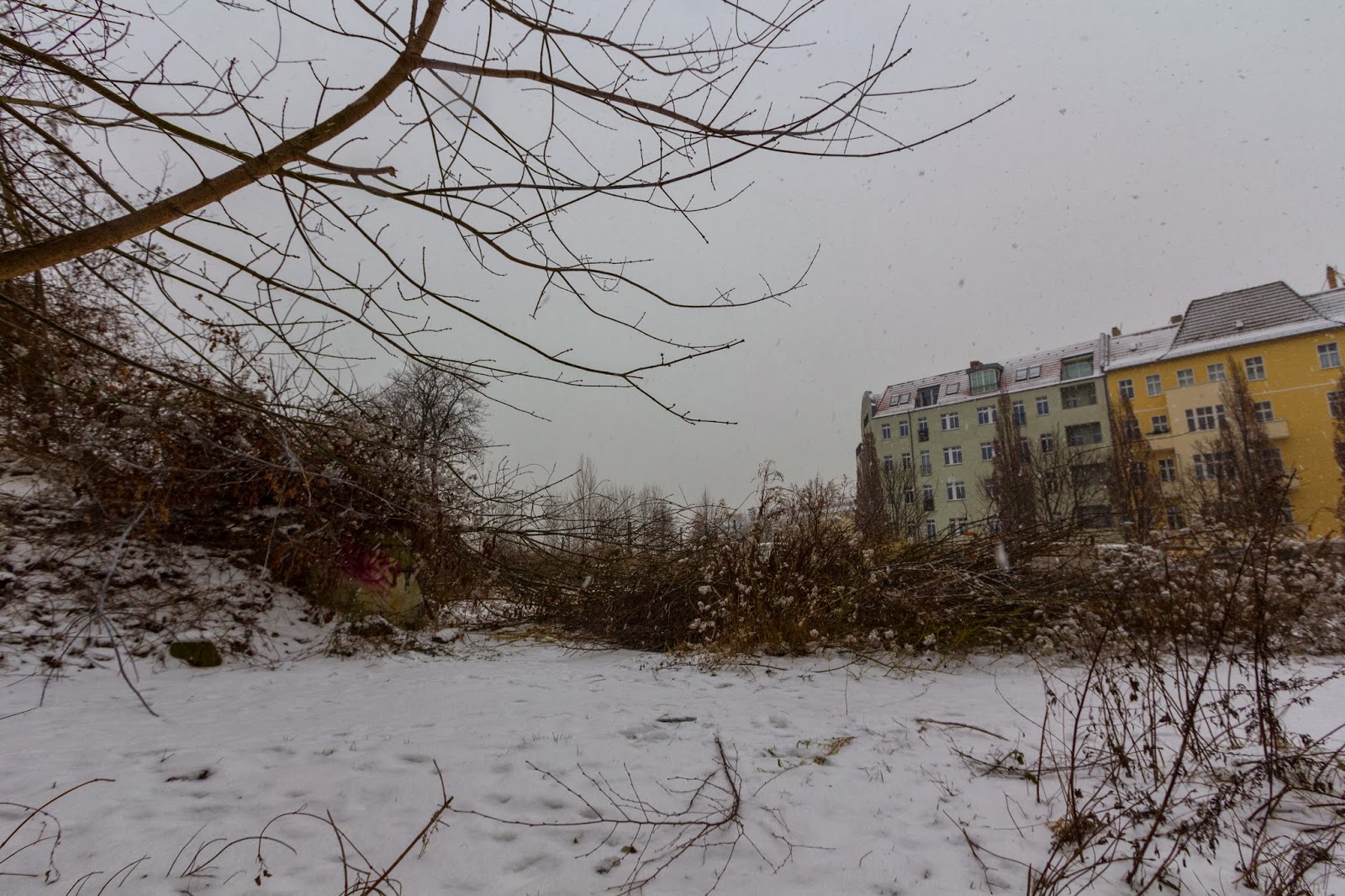