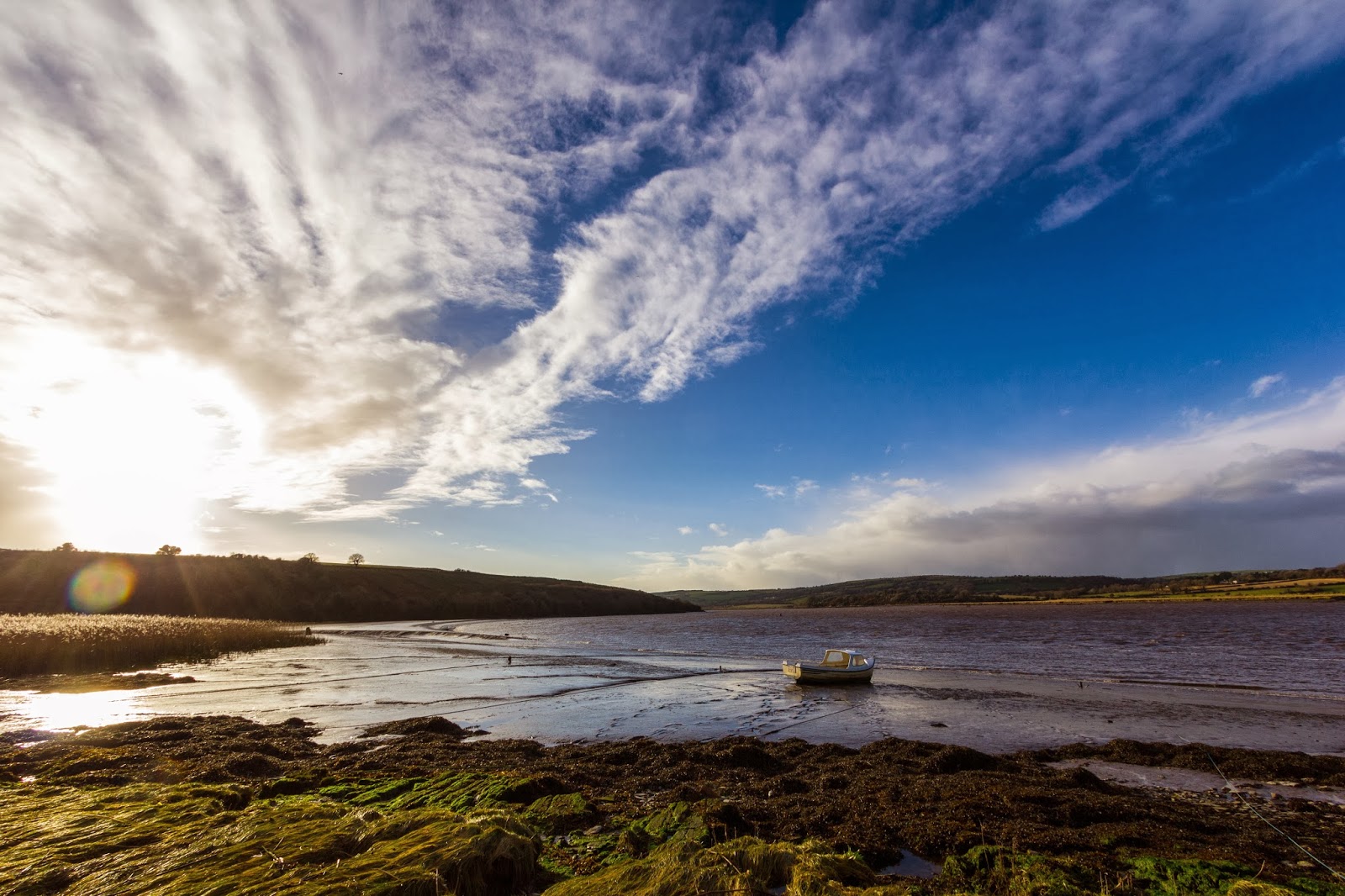 Once you think you’ve loads of time you’ve no time at all. Since I last wrote we’ve been to Ireland, and back. Ten days we had, or so I thought, but in the end it was over just as it seemed to begin. I saw no one but the unmissables and I even managed to miss some of the unmissables… 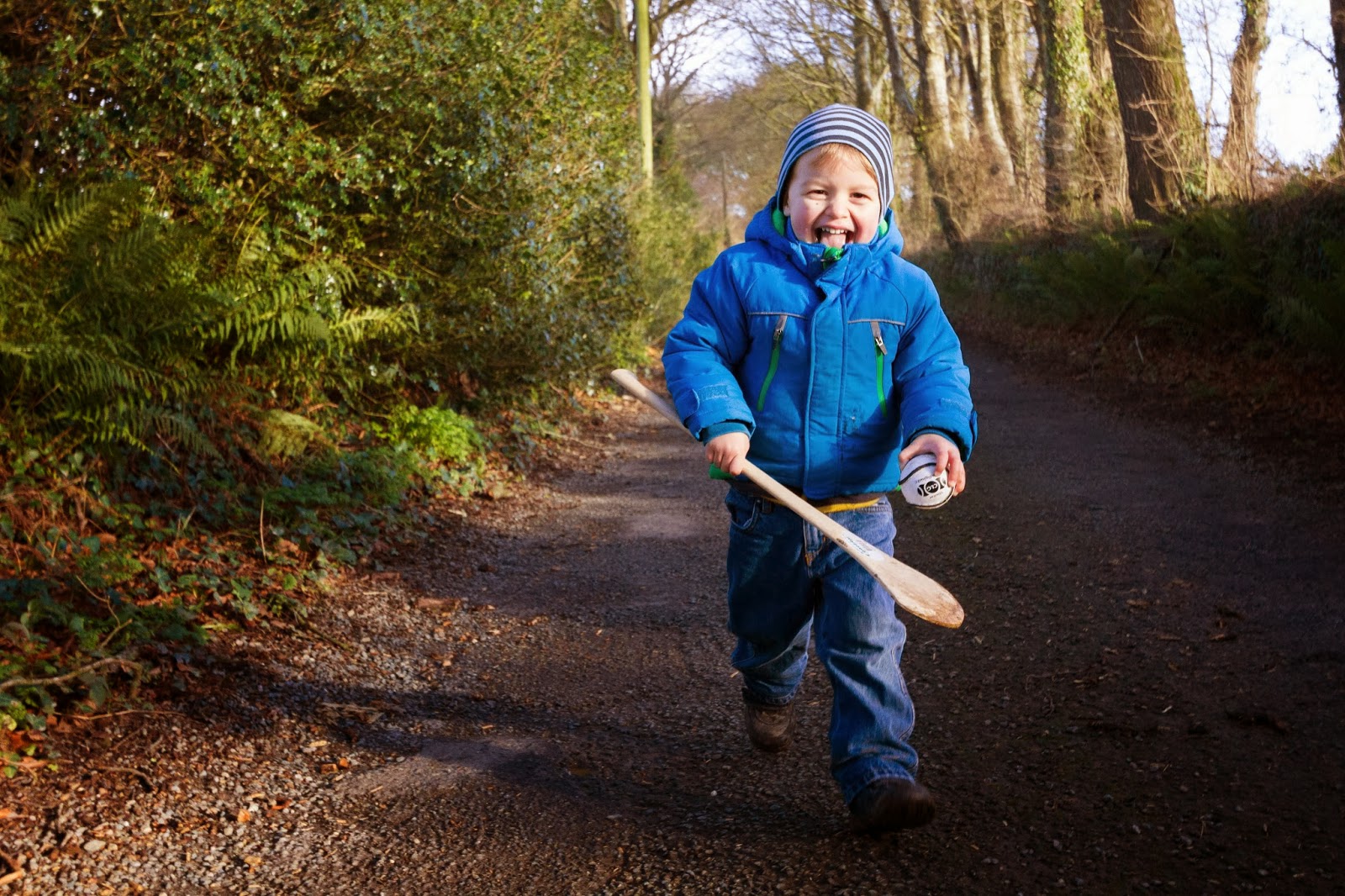 I didn’t see my sister, her daughter, Tony or Jill, their kids, Mark, the other Mark, Jessie, Julie, Eoghan, Kaner, Tom, Barry, Sandra, Gav or Delphine, their kid, the list goes shamefully on, and here I am back in Berlin wondering if we went to Ireland at all.
But we did of course. We spent Christmas there, the first that the young lad will remember. 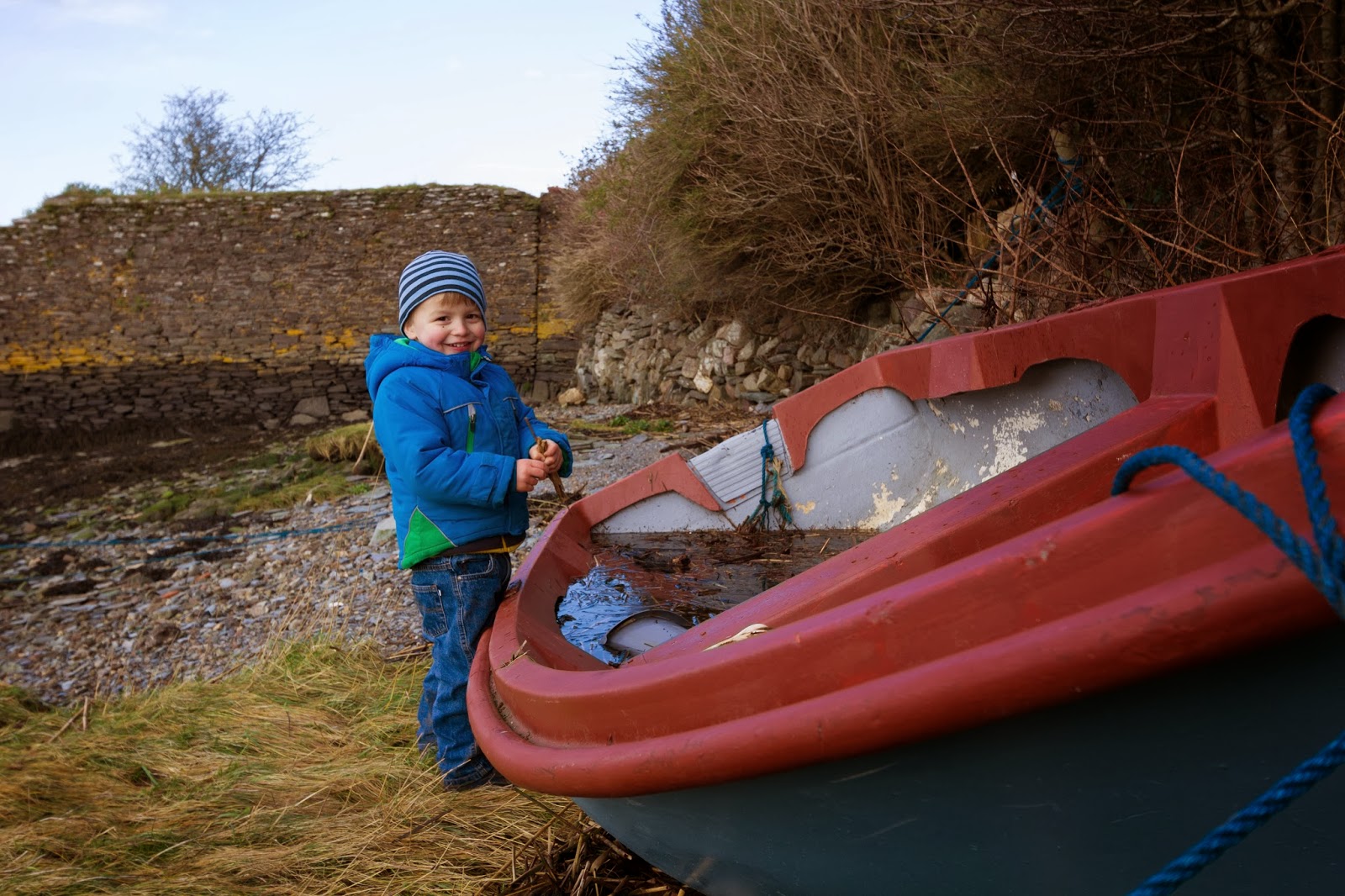 It was a long trip over – more than 12 hours from Prenzlauer Berg to Whitechurch because of unfortunate connections – and he was happy as a pig in shit once he got there so perhaps I was loath to inflict another long journey on him.
We only saw whoever was in Whitechurch, a village of 11 houses, and my aunt, uncle and cousin an hour’s drive away in Tipperary. 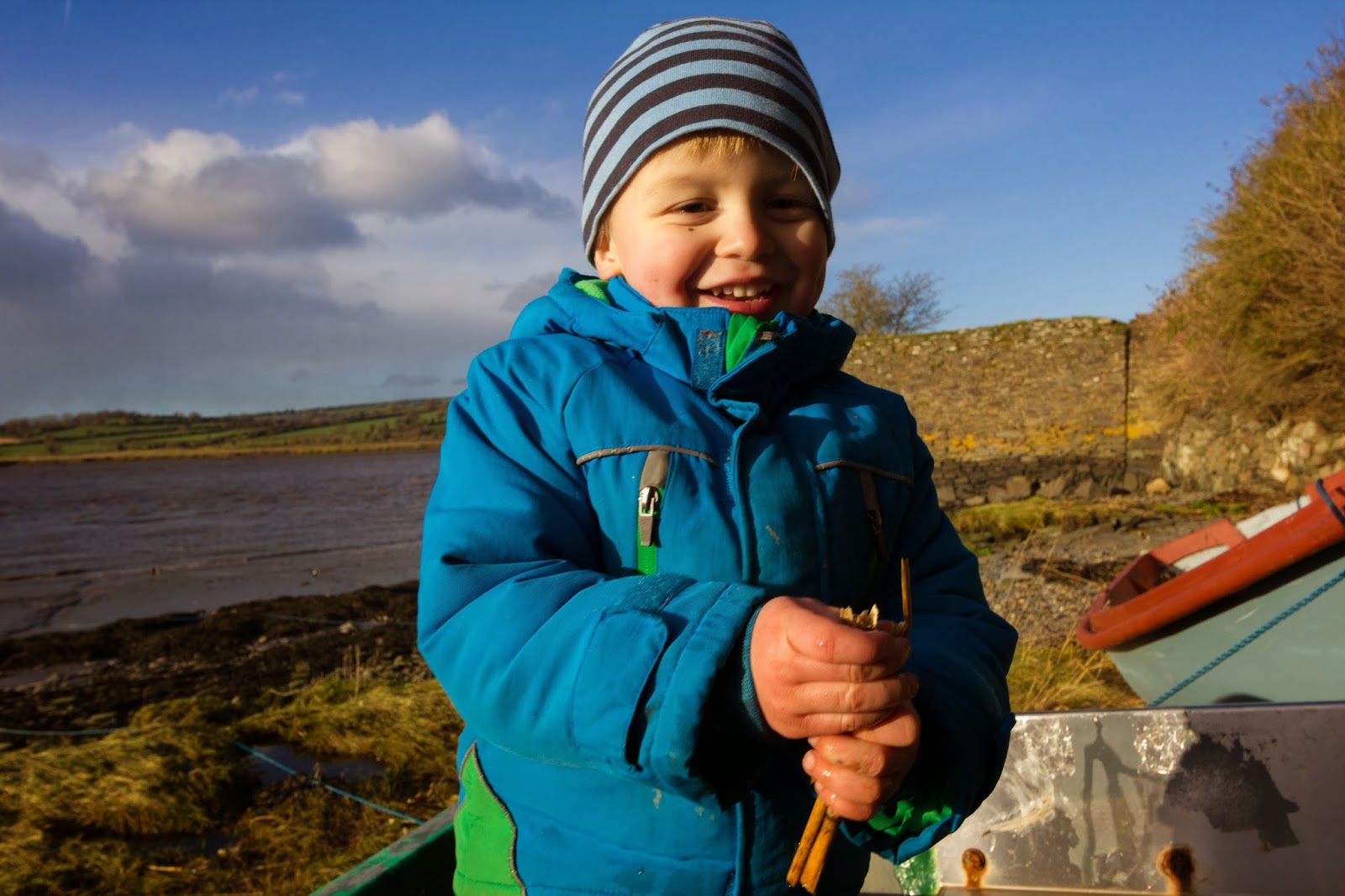 We called up to Noddy’s house the first night. He wasn’t there, but we were made welcome all the same. The young lad traipsed muck in all over the place, made himself at home.
Noddy was there the next, back from Australia with his wife Tahnee, and ‘twas great to see them. I told the young fella to stop jumping on the lego, he was supposed to jump over the bucket, but he ran up and gave it a great kick instead, sending me and Noddy into convulsions of laughter, and Noddy’s mother into convulsions of her own. 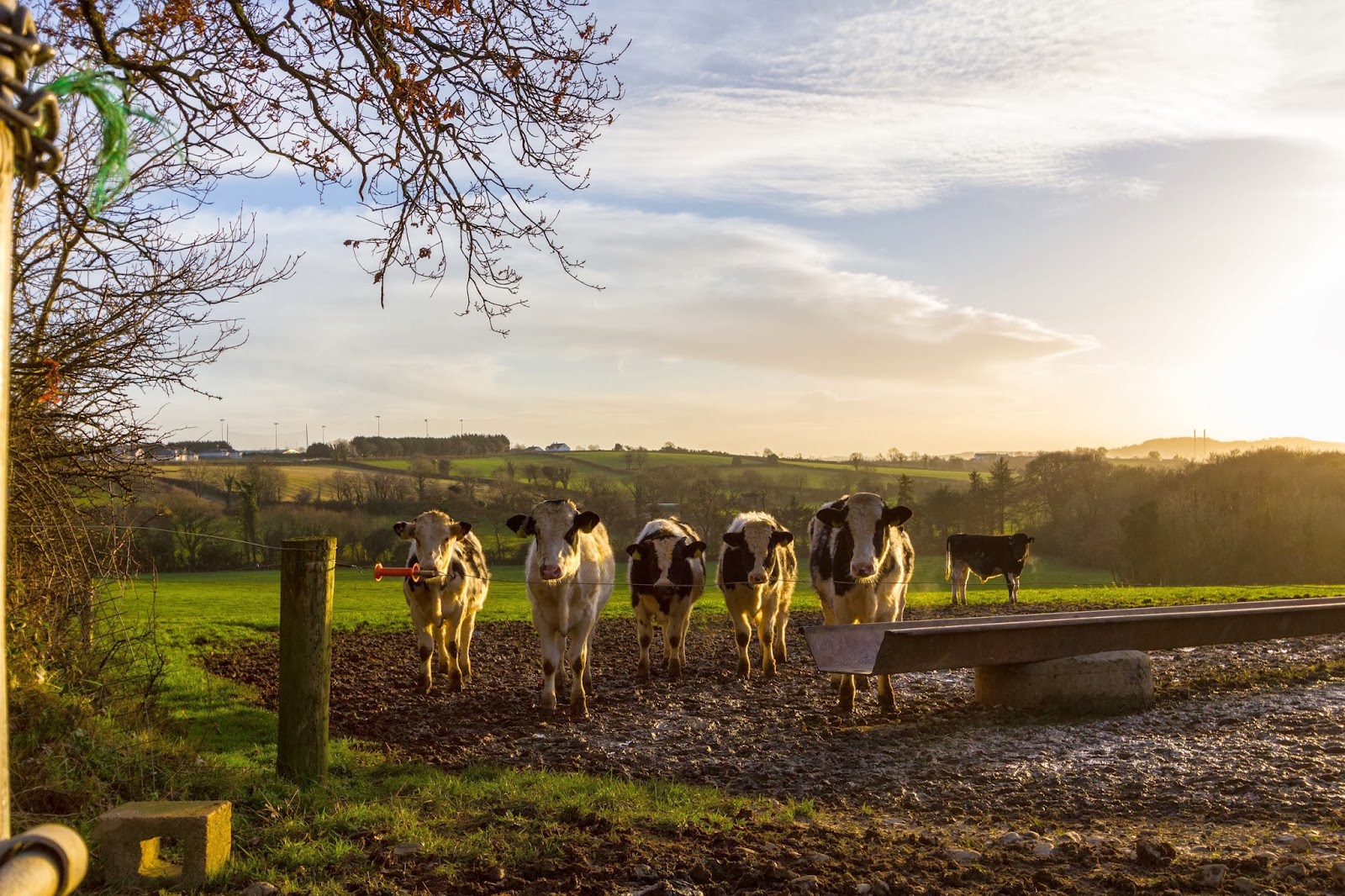 We went outside to look at the village Christmas tree and the crib beside it. The young fella ran up to it, burst his arse laughing as soon as he reached it.
“Yeah, that’s religion,” I told him.
Smart kid, he didn’t need me to tell him. 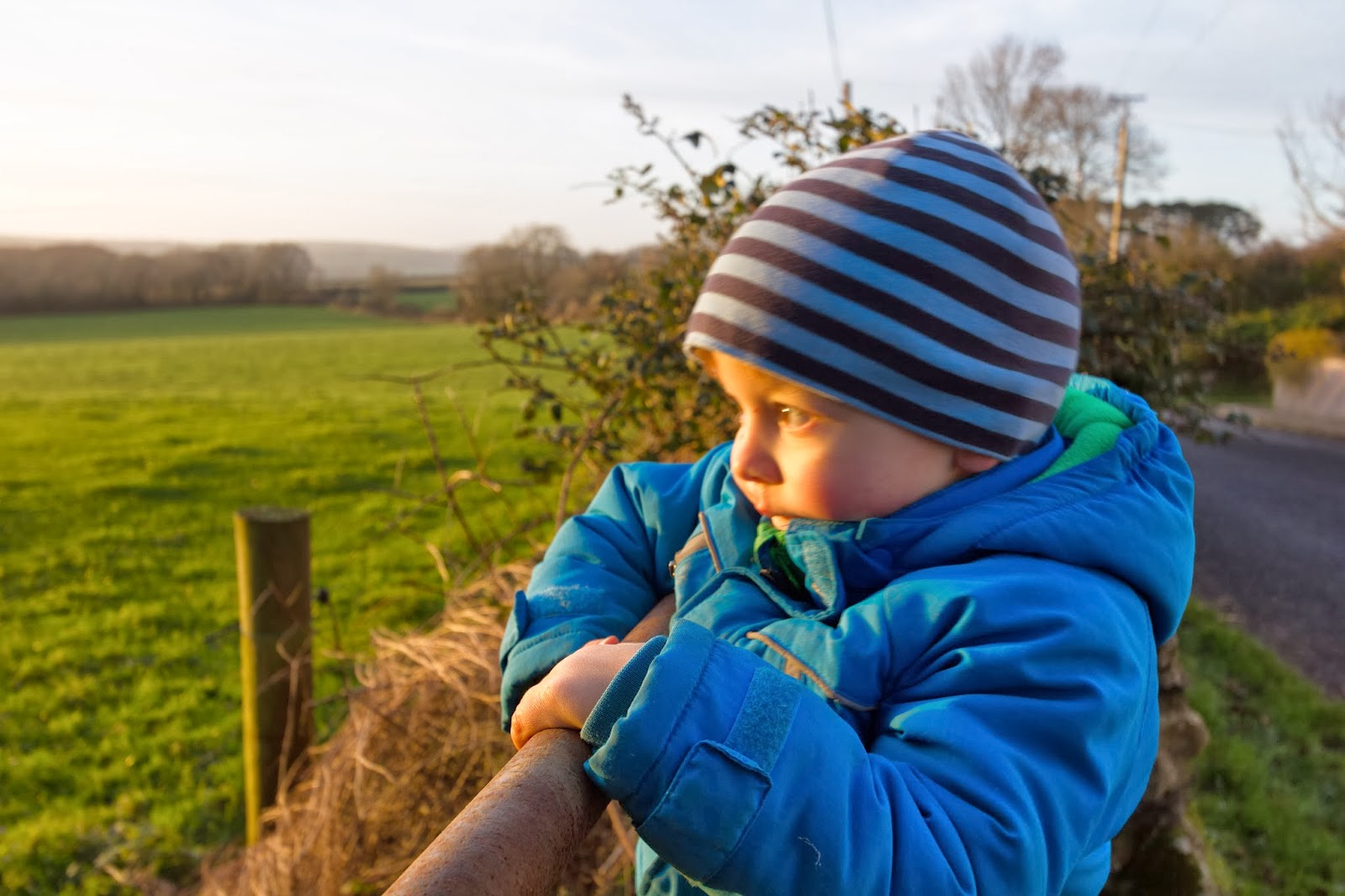 Then he threw himself headfirst over a fence into the grass beside the graveyard, beckoned us over to sit on a bench. The young fella’s a bit mad. We sat like he told us to. It was great.
We missed Mass on Christmas Day because we couldn’t get up on time. It was at half fucking 11 for Jaysus’ sake! But my dad told us Santa didn’t turn up (as he had in years before) so we dodged a bullet there. 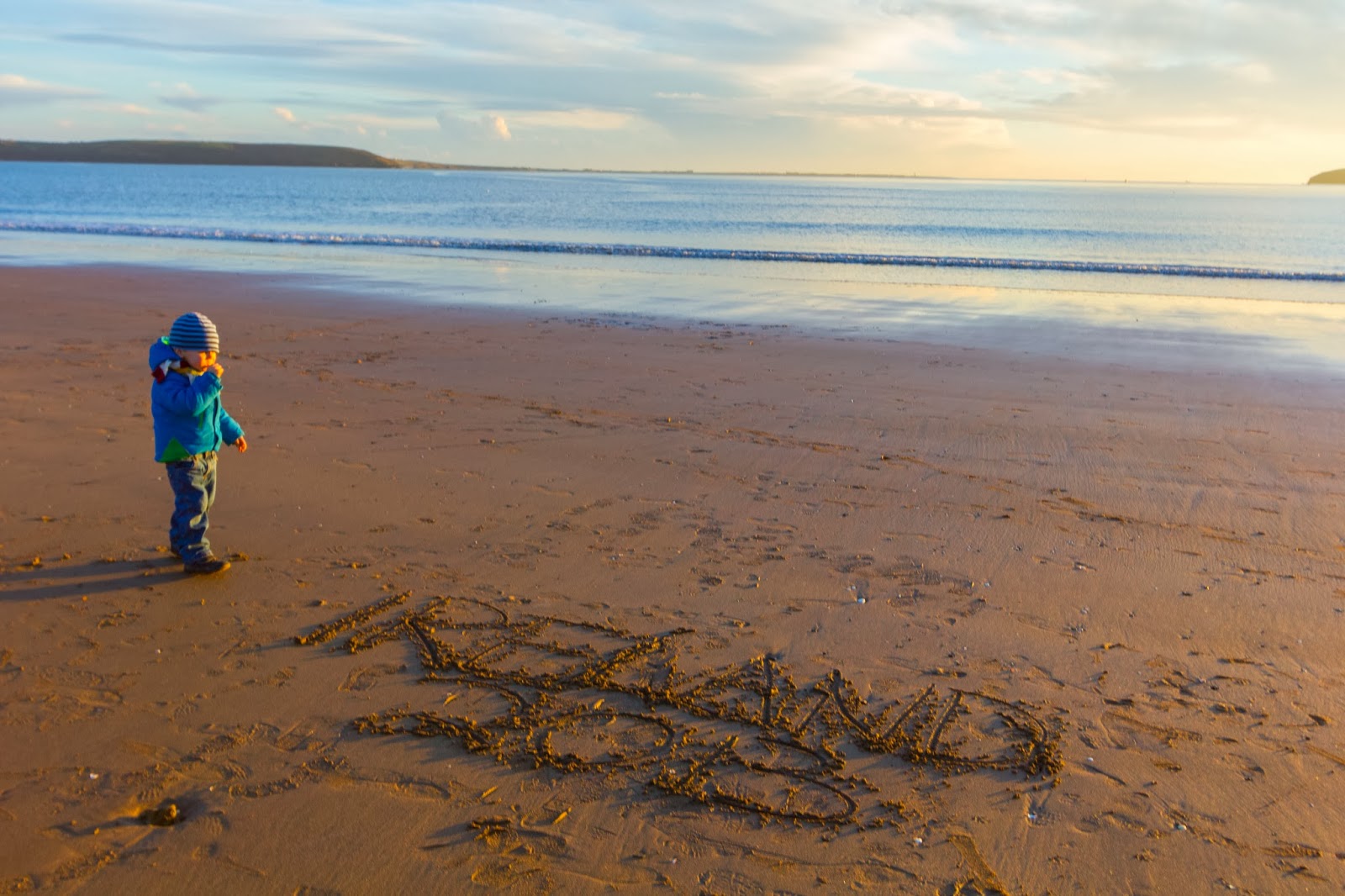 The Christmas tree itself was only erected around 6pm Christmas Day because the stand for it couldn’t be found. ‘Twas only a plastic thing so it needed a stand. Then me and the young lad waited in the kitchen and listened to the bashing and banging next door as Santa came (especially for us) to deliver his presents. He was literally squealing with excitement. The young lad, not Santa. It was great. 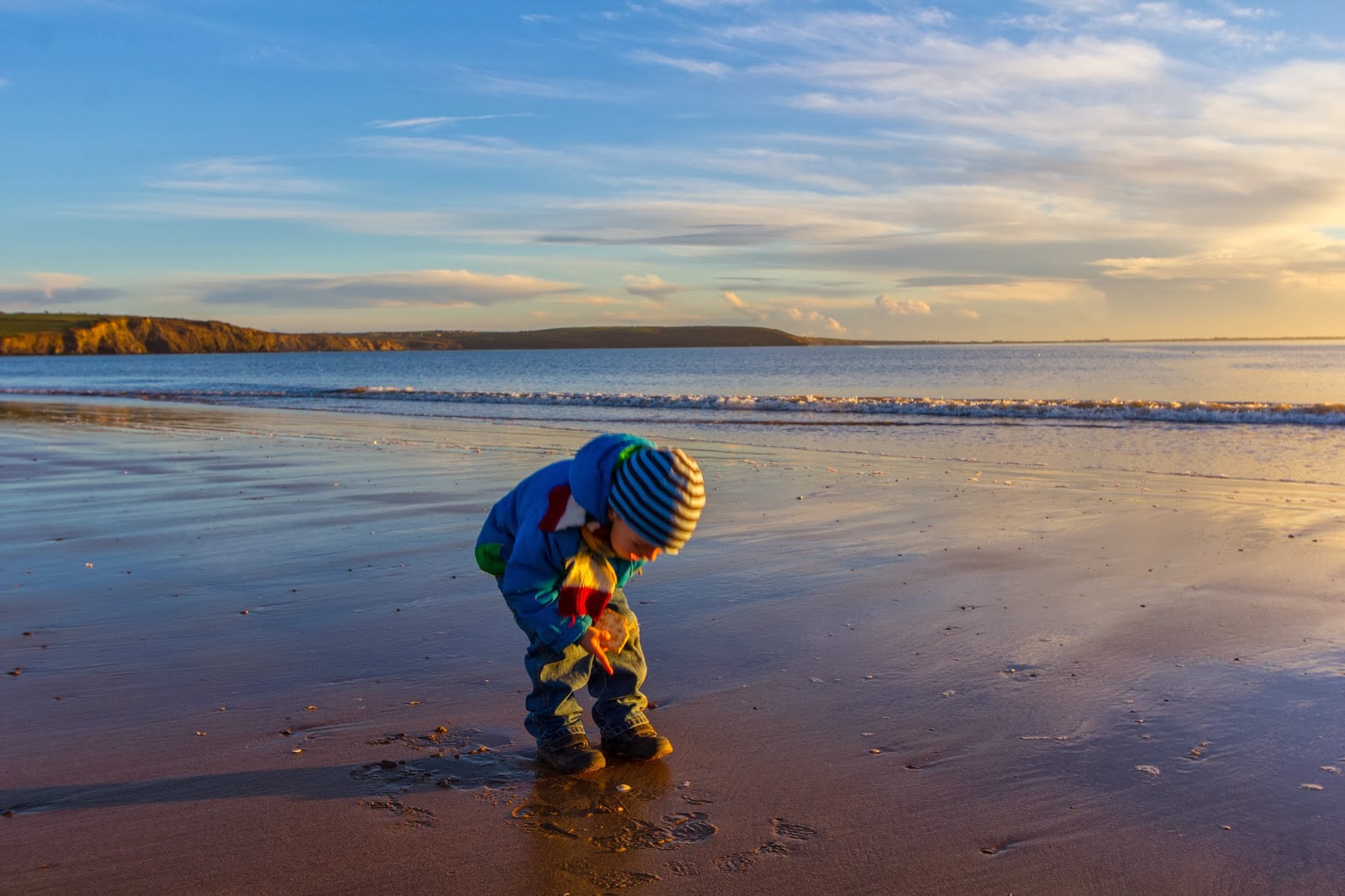 We opened the presents after dinner. That was great too. As was the turkey, spuds and pudding. I brought some pudding back. Pudding of both varieties.
We went for walks down to the river either side of the hurricane-force storms, lost a slíotar, splashed in puddles, trudged through muck, greeted sheep, waved at cows, gazed at horses, got followed by a cat, enjoyed a magnificent sunset at the beach and et like kings. Everything the young fella saw was a marvel. 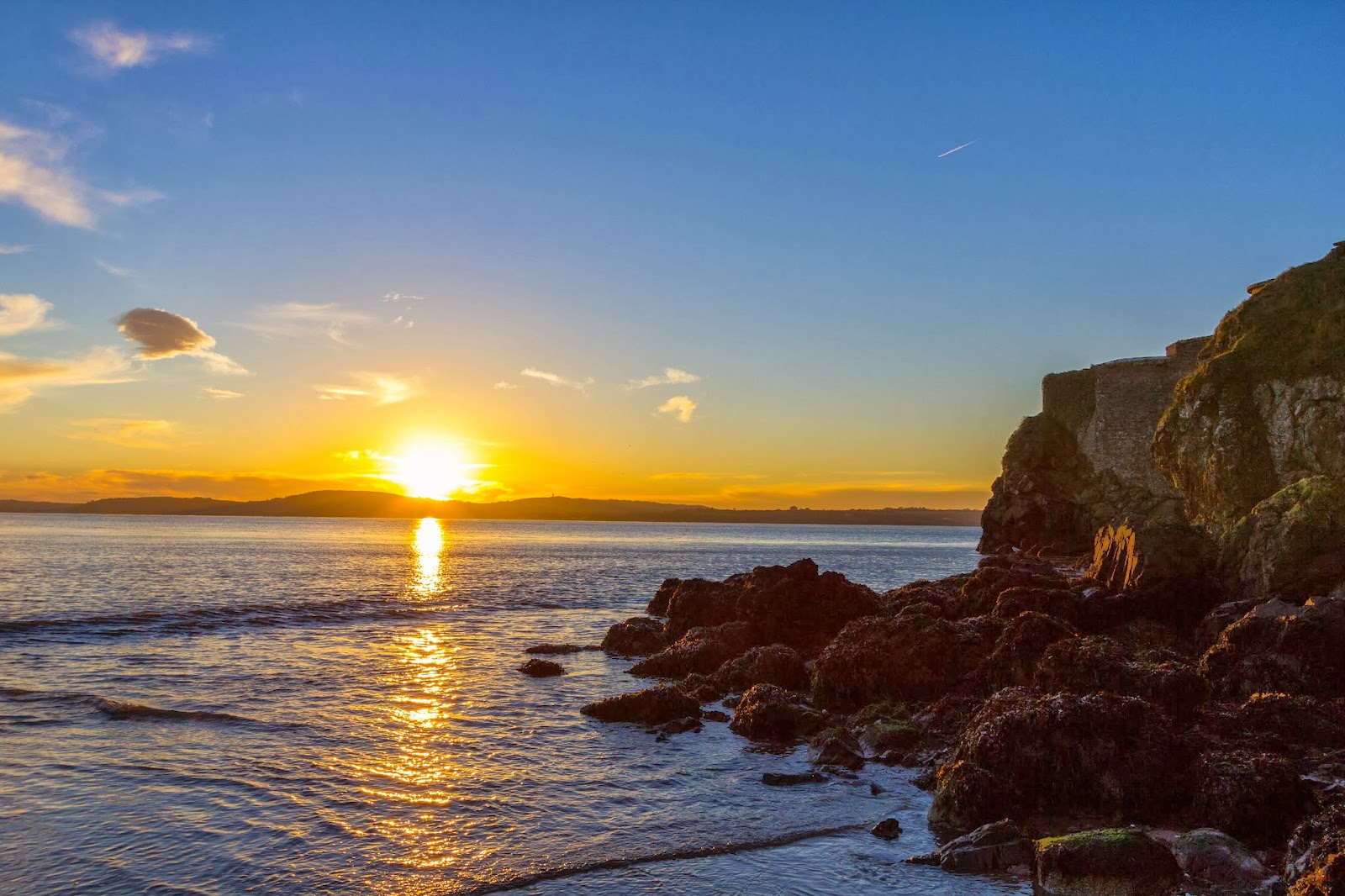 I saw Sully on the last night. Up at Noddy’s house. The three amigos. We were all talking shite as usual, just like none of us had ever left.
“Only a small drop,” said Sully when asked if he wanted some weird cocktail to drink. Then, as Johnny was pouring it out, “Horse it in.” 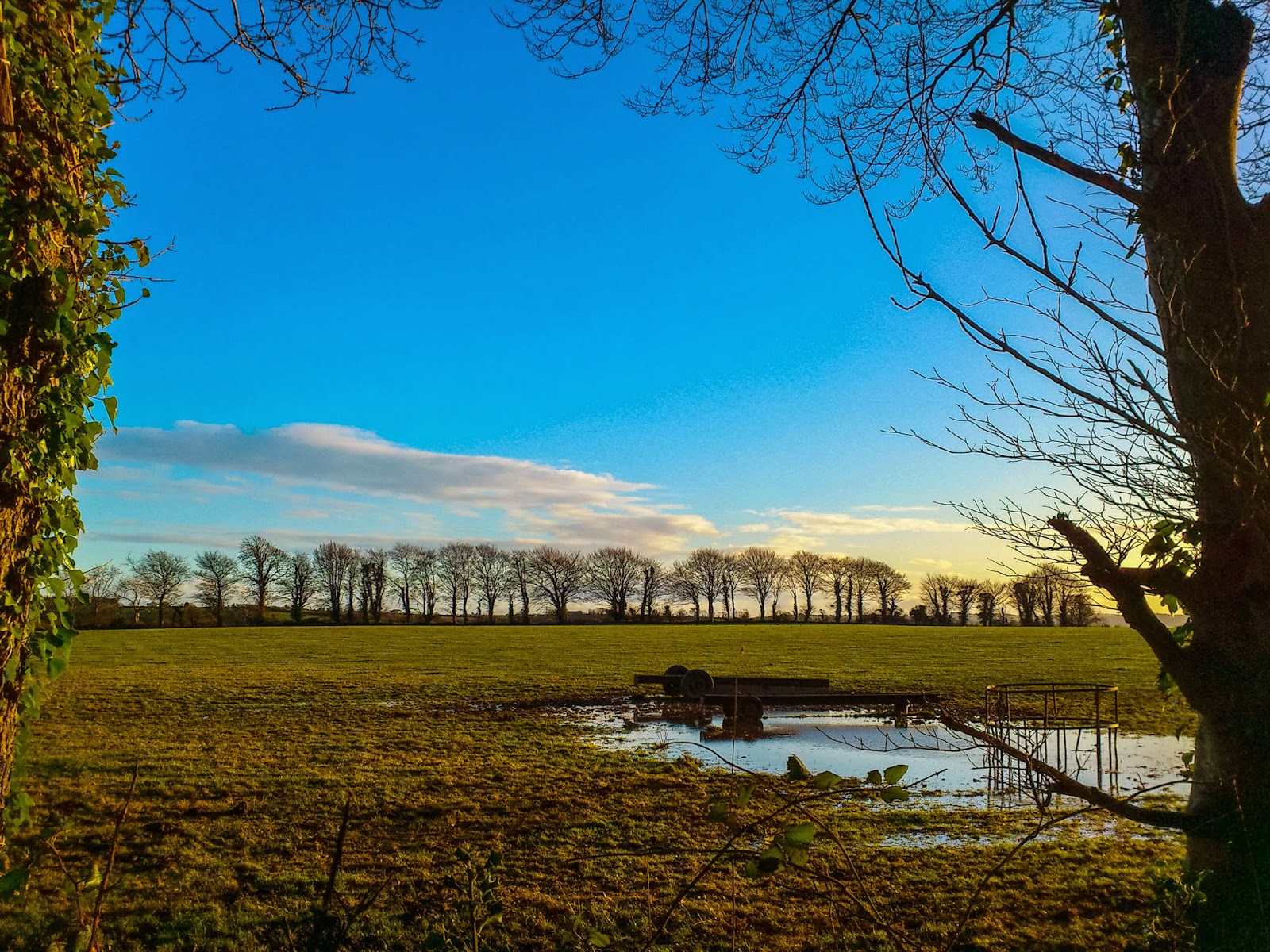 Noddy talked of crocodiles having two aortas and of strange time continuums. “She was only there a brief two hours.”
That was the last night. The next day we’d to travel from Whitechurch back to Berlin again. 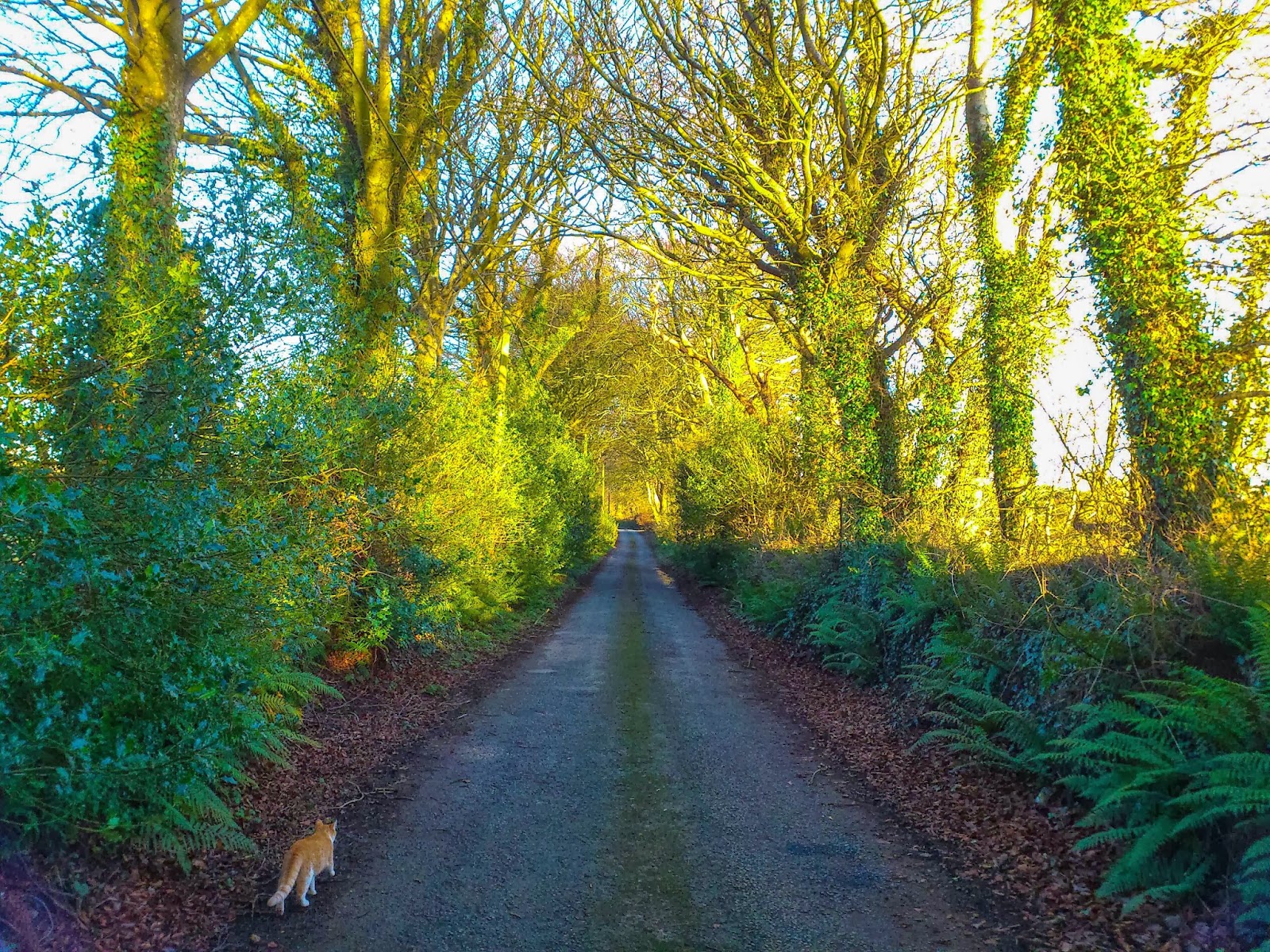 Noddy and Tahnee were supposed to follow us over for New Year’s Eve but Noddy’s sick – he just wouldn’t slow down when his body was telling him to stop – so they couldn’t make it. A shame. But fuck it, better we see him again in two year’s time than we never see him again.
And he was there to become an uncle as Jane, his sister, gave birth to the last baby born in Waterford in 2013. A new life and a new year. Wishing ye all a very good one. 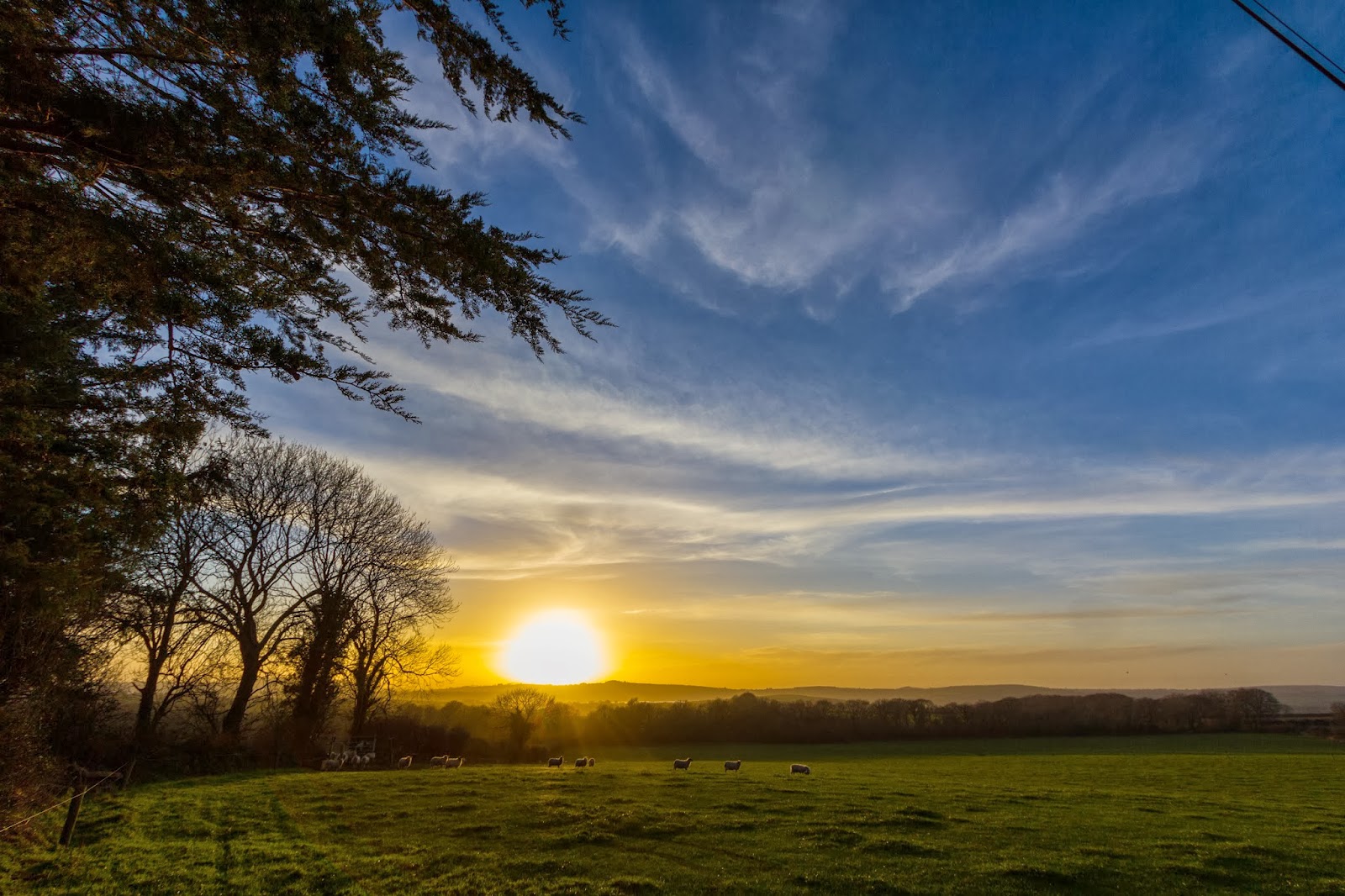 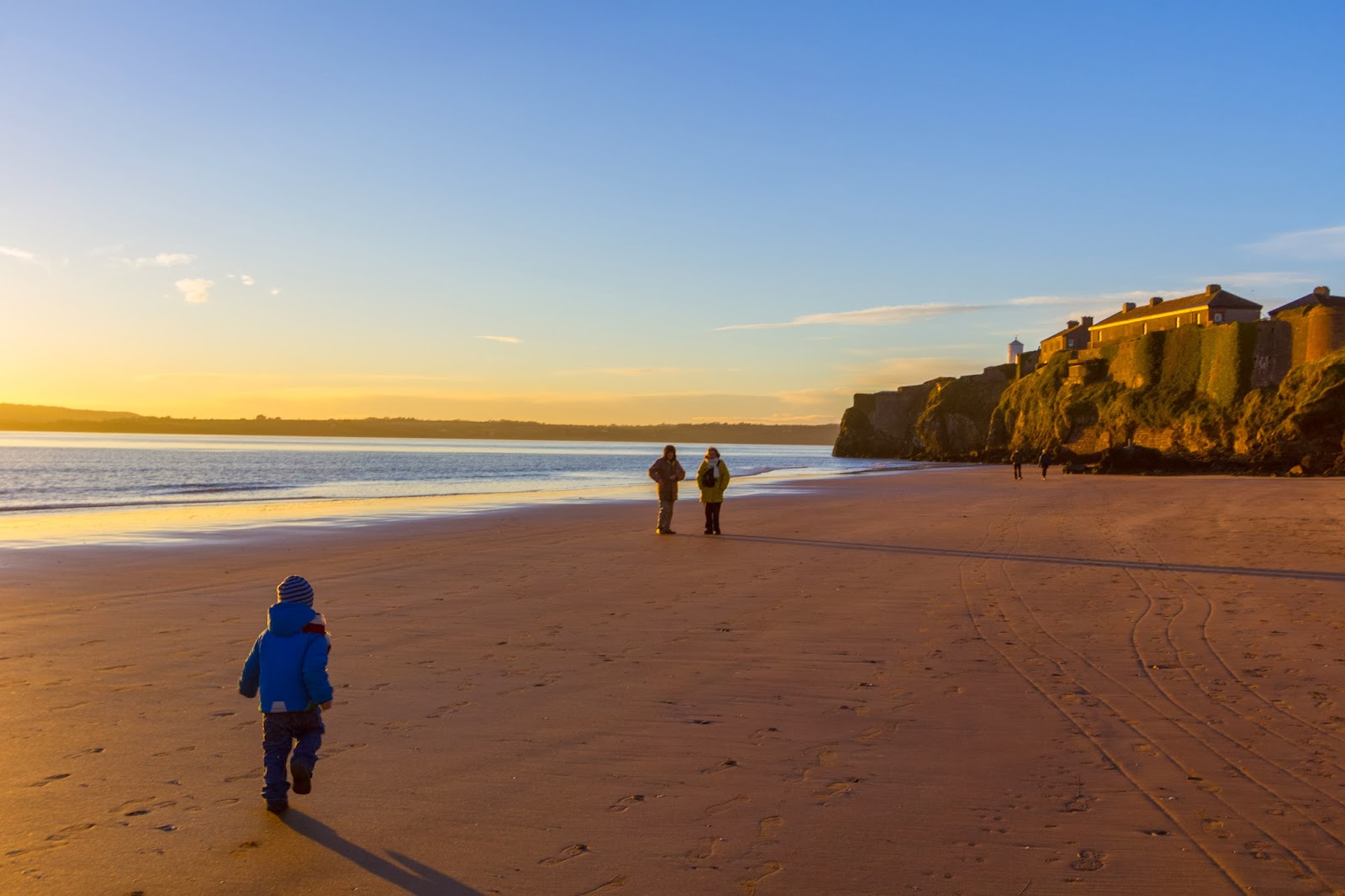