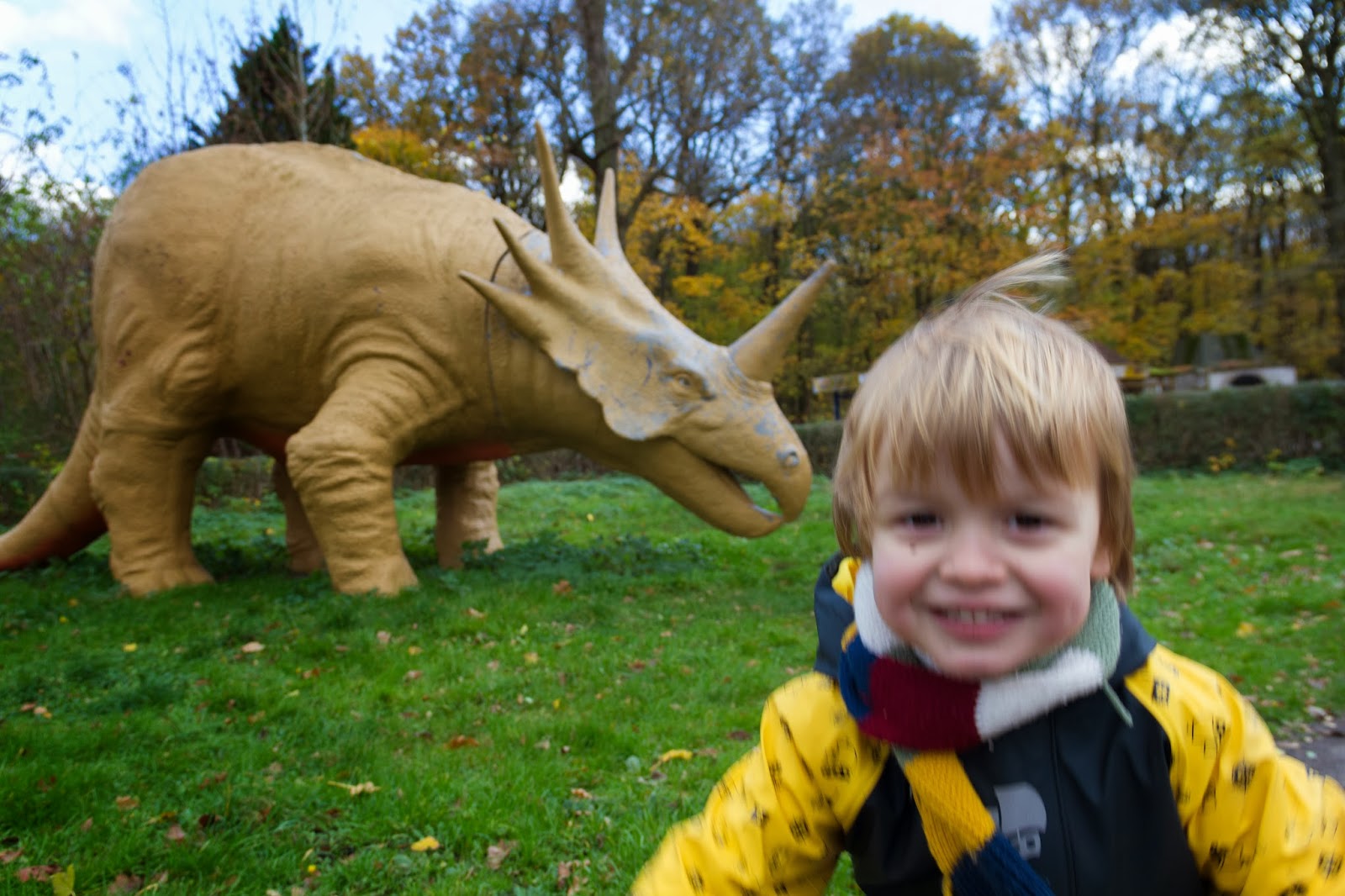 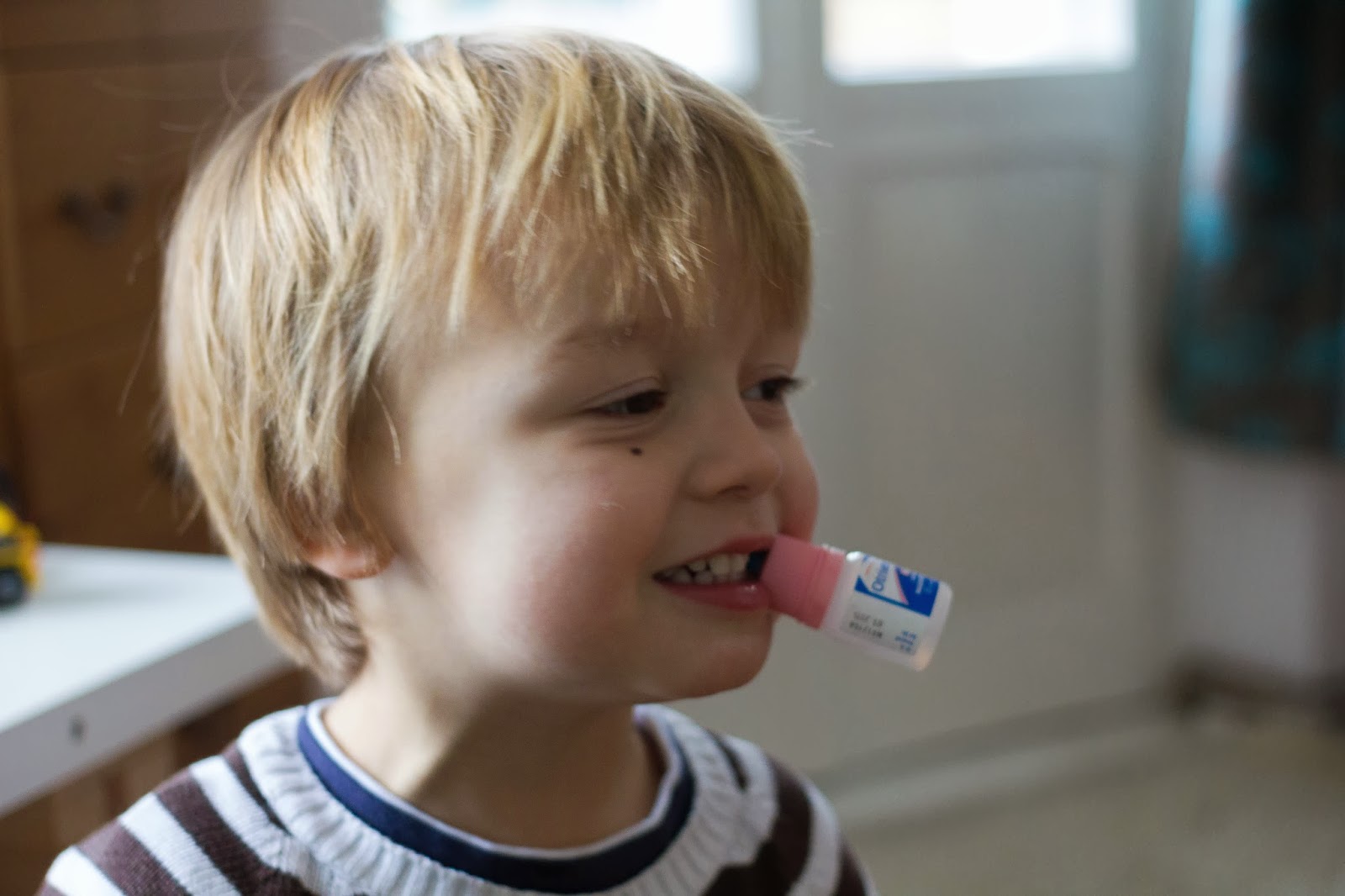 I think he’s doing it just to wreck my head. He’s always messin’ with my head.
“Why is the moon?” he asked me the other day. I don’t fucking know! Nobody does! But I cannot say that of course. I had to try and distract him with something else. 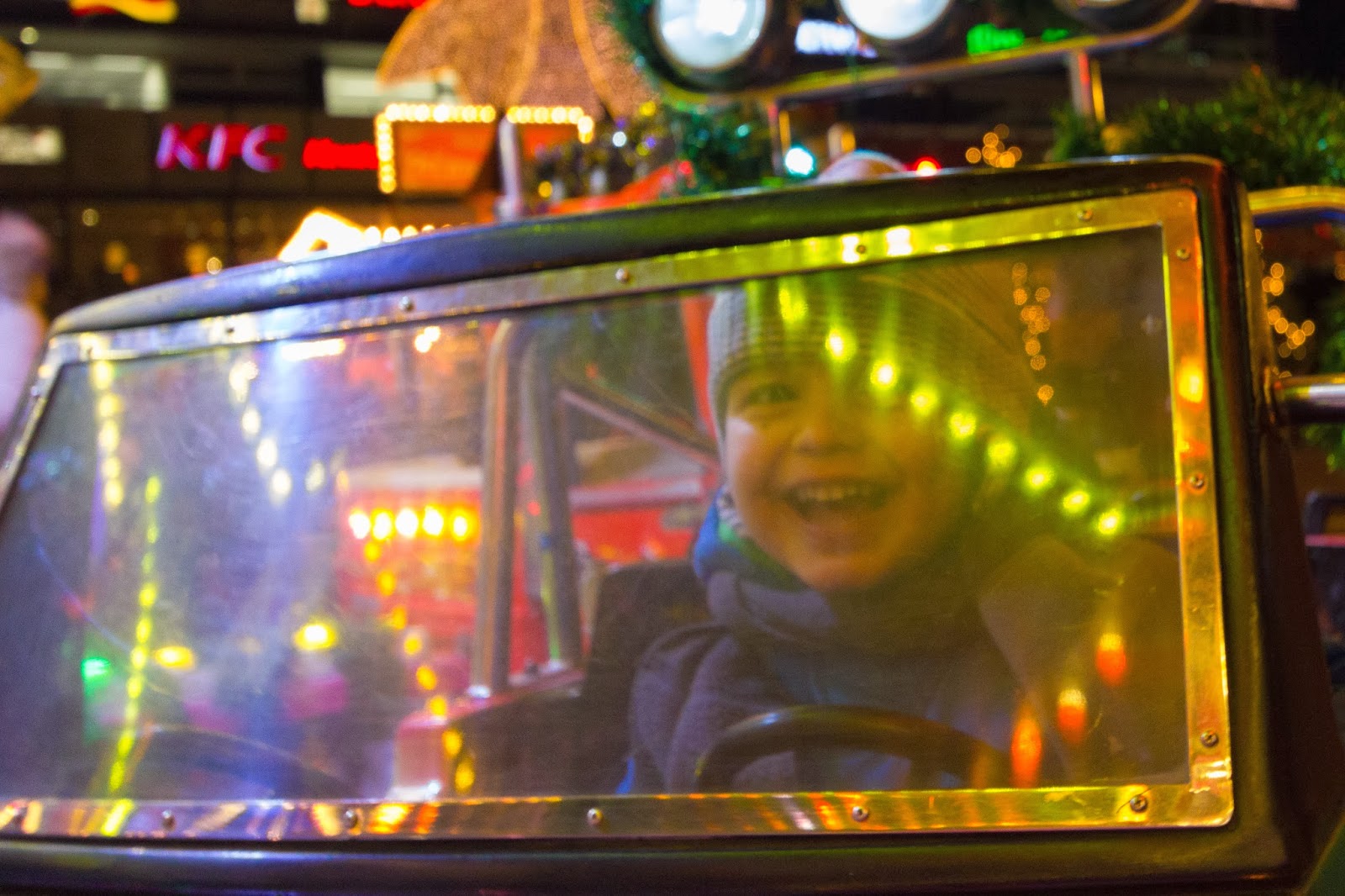 But I know he’ll ask me again some other time. And I’ll have to explain the making of the universe and everything else. That’ll be a long chat. I’ll have to stick the kettle on…
He likes music.
“I like loads of music, not only one,” he told me. Which is brilliant of course. I told him the more stuff he liked the better. 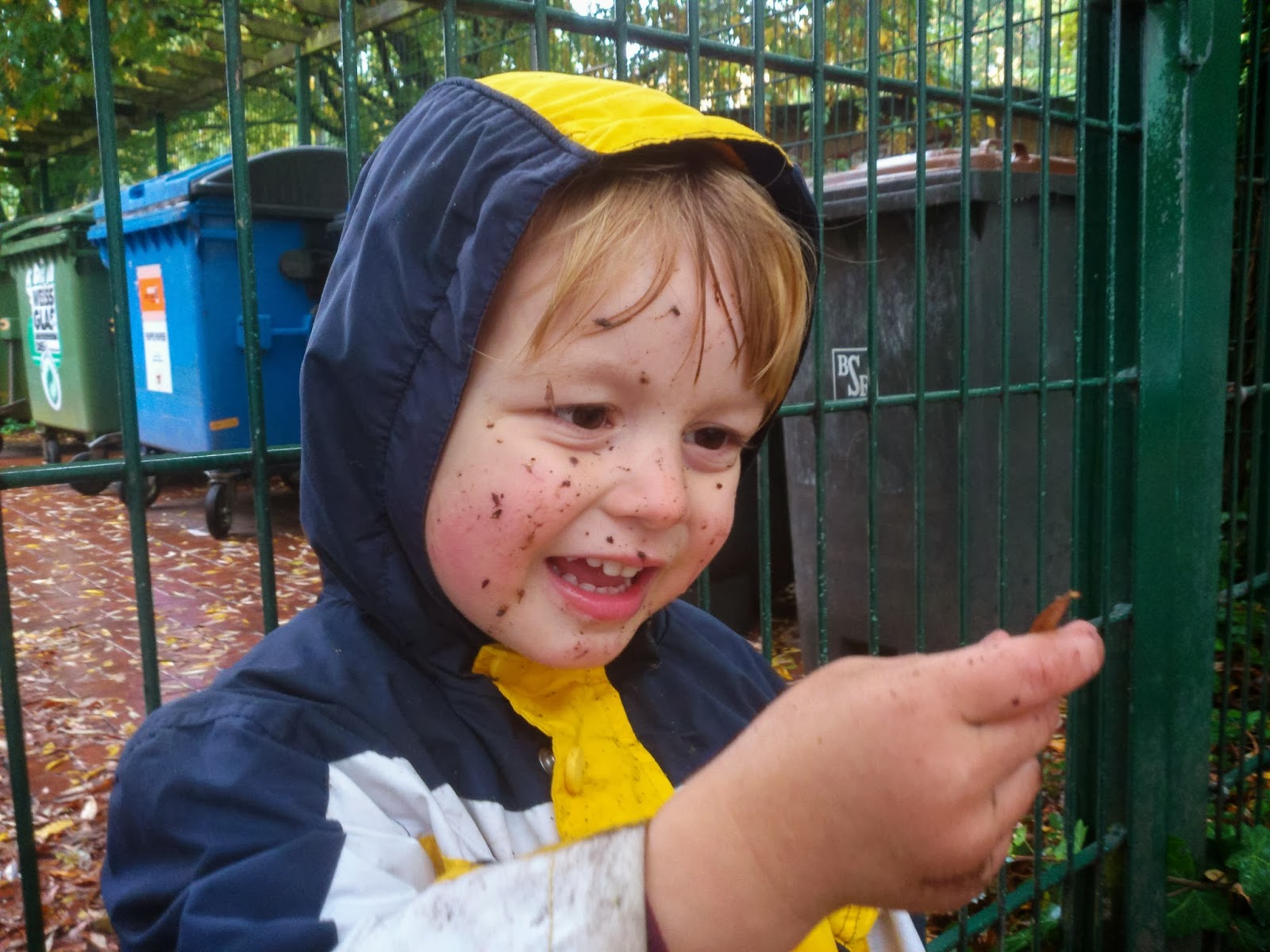 He seems to like everything. He devours books and jigsaws. He likes fish, prawns, squid, octopus and any food that comes from the sea. He’s a real connoisseur. His favorite cheese is camembert, followed closely behind by goat’s cheese and Irish red cheddar, and he loves olives, as well as anything sweet. He’s also a divil for gummi bears and ice-cream. I keep telling him sweets are only shite and bad for him but he doesn’t listen. Two-year-olds think not of their futures.
He still likes nothing better than a good splash in a puddle, but he’s genuinely appreciative of every new experience, every train trip, every excursion, every meeting with friends or family. I took him to Spreepark recently. He loved it, the dinosaurs, the train going around. He’s been asking me since if we can go back to the “banjaxed park.” 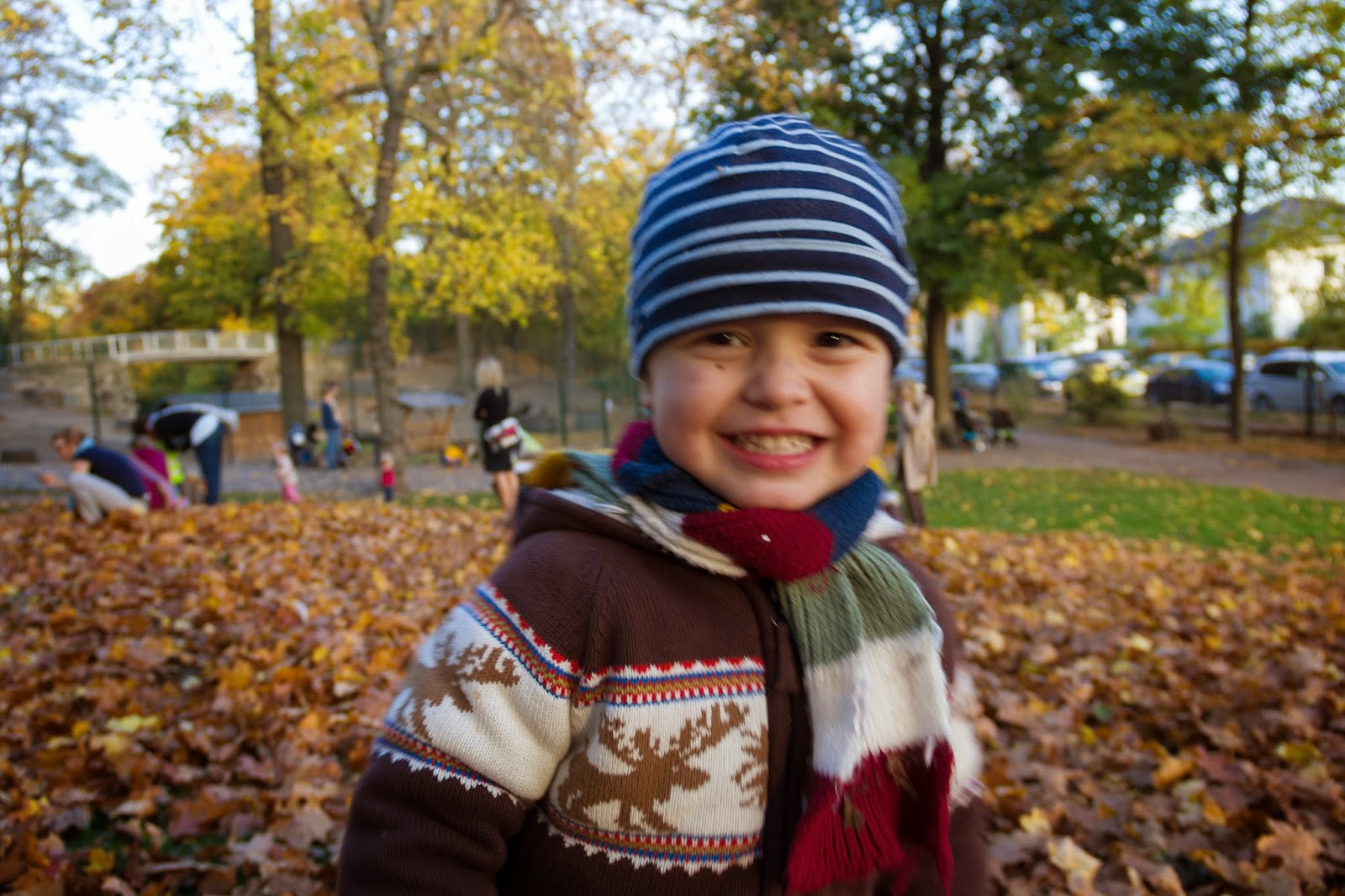 I think banjaxed is his favorite work. Everything is banjaxed, or perhaps “a little bit banjaxed” if it’s only slightly askew. It it’s not perfect it’s banjaxed in some way or another.
Every parent probably thinks their kid is great, but I’m incredibly proud of him. I know Jenny is too. 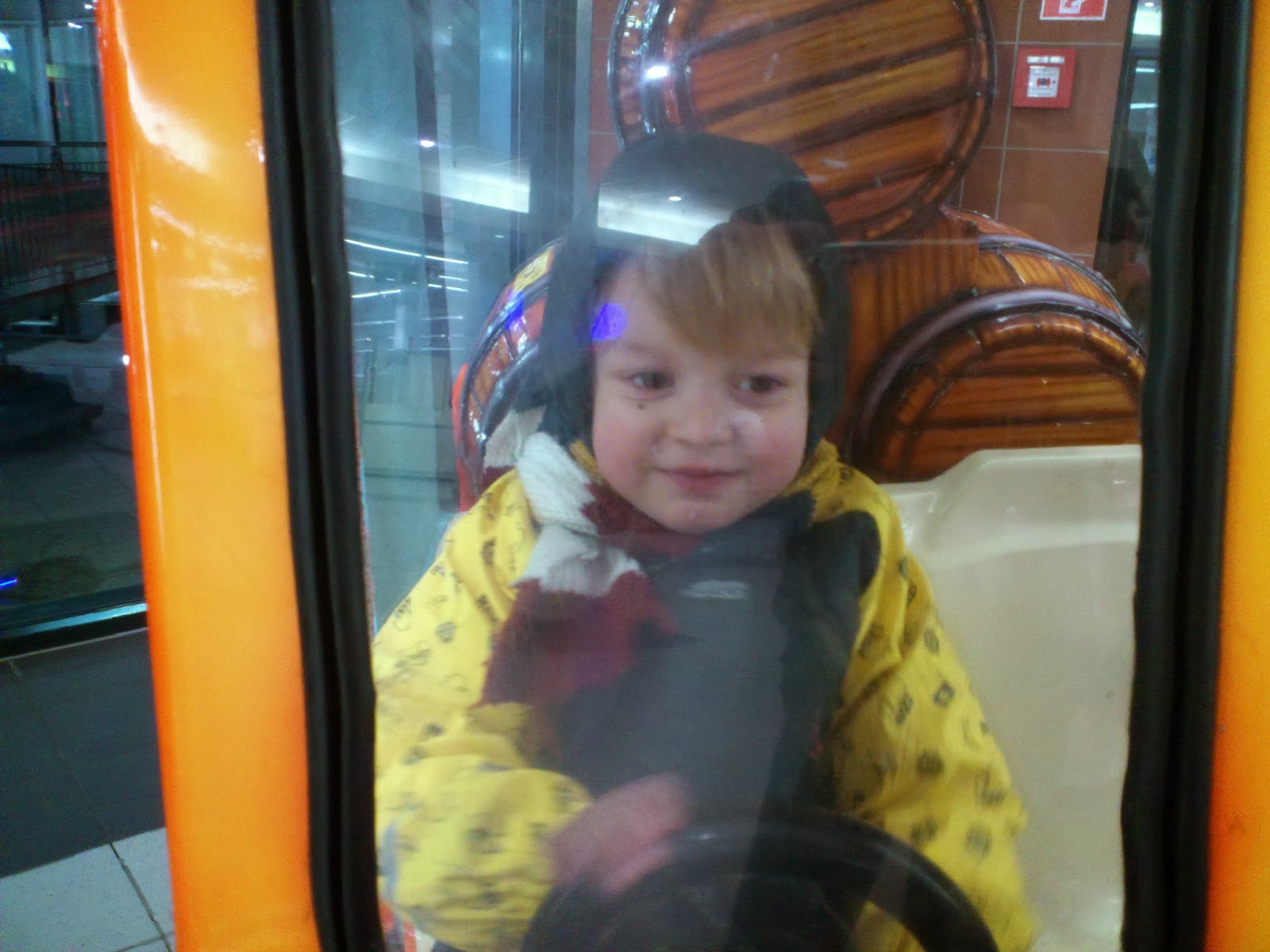 Sure, there are times he’s uncooperative and a pain in the arse, but there’s a reason behind everything. Tiredness and/or hunger are powerful forces, not to be messed with. He’s generally good natured, kind (really!) and considerate. He lost one of his gloves (again) today so I asked him if he wanted new gloves. 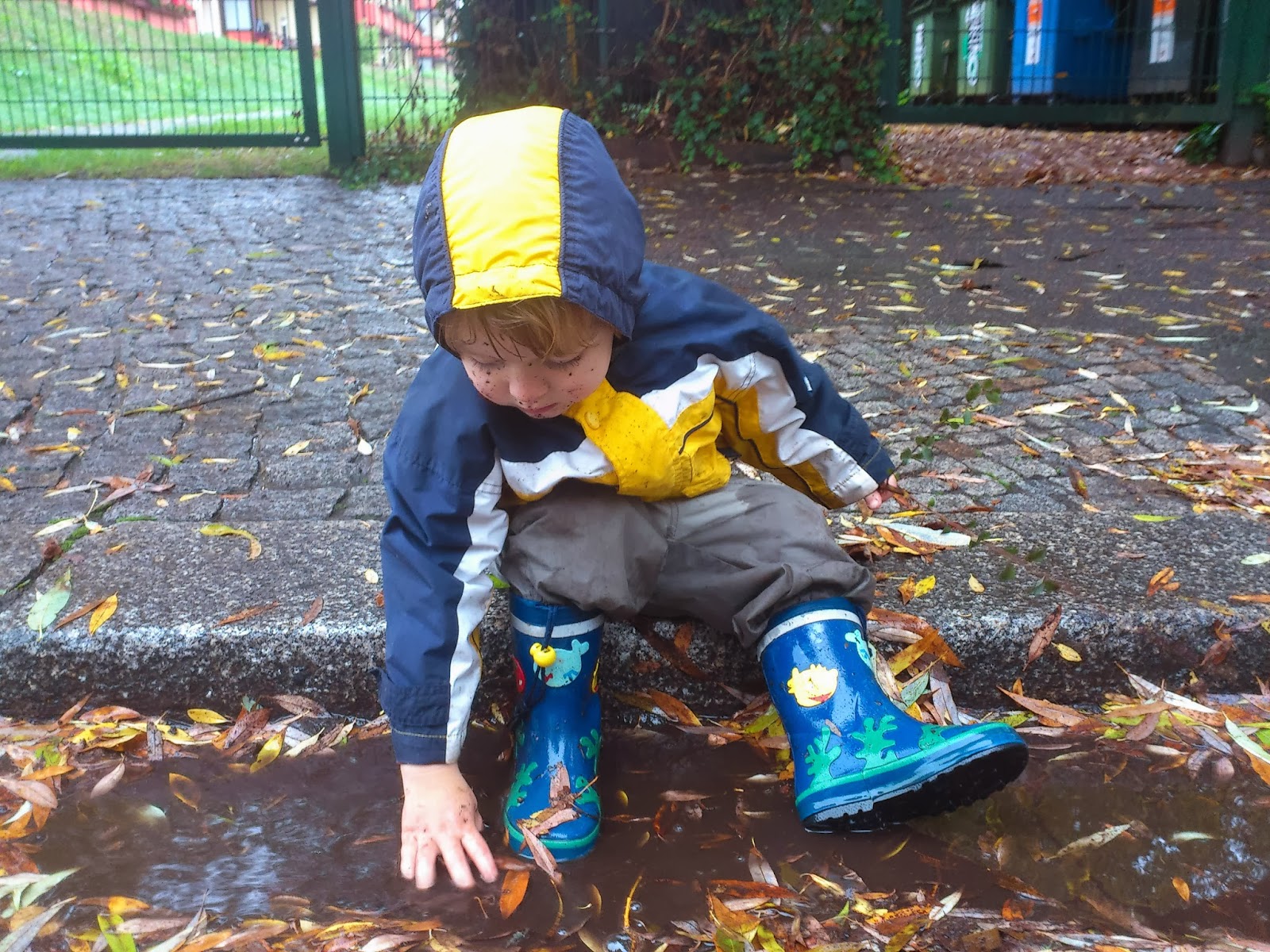 “We only need one glove,” he replied. Smart kid. Glove manufacturers have been ripping us off for years by only selling gloves in pairs.
Tonight, his bedtime book featured monkeys, so he grabbed his monkey teddy bear so he/she could read it too. “Look! Chimpanzees!” 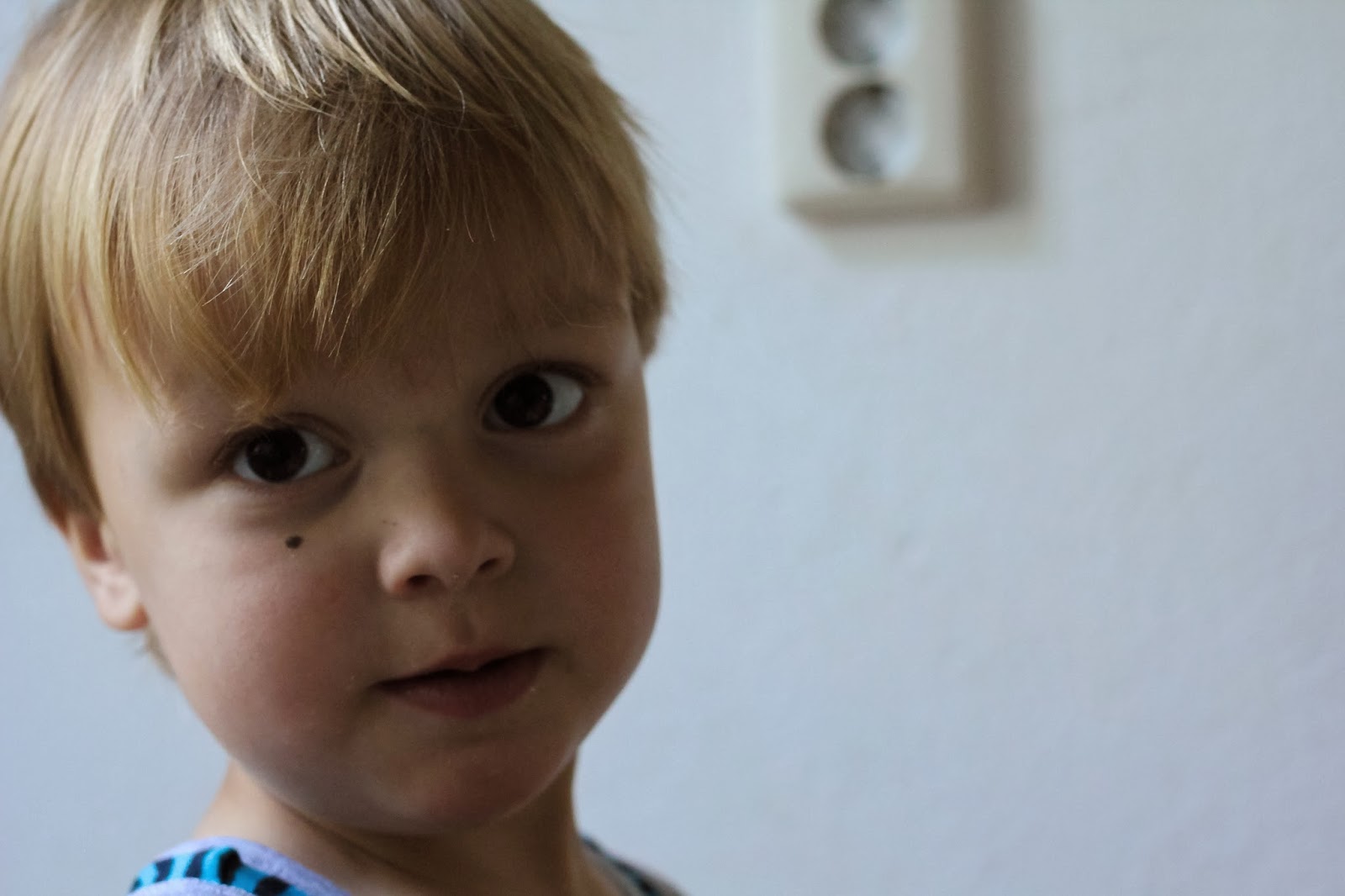 He’s quick to assess a situation and turn it to his advantage. Toilet training has proved to be a challenge. It’s not that he didn’t know what was expected of him – it’s just that he wasn’t arsed. Literally. I had to bribe him with an episode of Moley (Krtek, the little mole) to pee successfully in the toilet. He did it! Another moment of great pride. But now he expects Moley every time he pees in the toilet. And the goalposts have since moved in an effort to get him to shite in the toilet too. It’s an ongoing process… 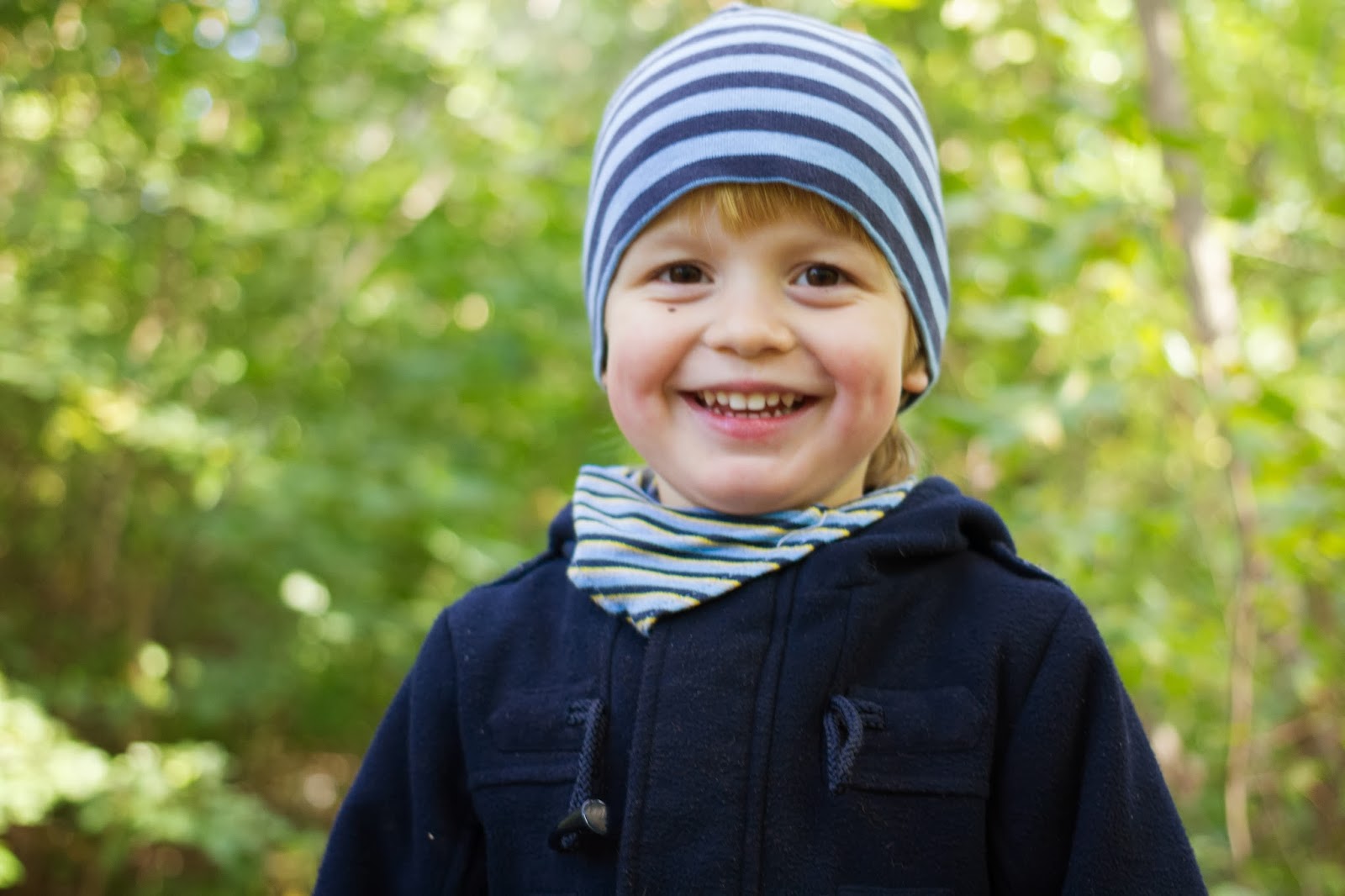 He doesn’t like to be rushed, and I don’t think pressure is the answer. Everything will happen in its own good time. He doesn’t like change. If he’s out he doesn’t want to come home, if he’s home he doesn’t want to go out.
Mornings are always tricky, especially since the Kita’s cut-off time moved to 9am so they can “enjoy advent” more. These Germans are crazy. It’s just too early. We never make it. So instead we get up a reasonable hour, even if that’s early too. 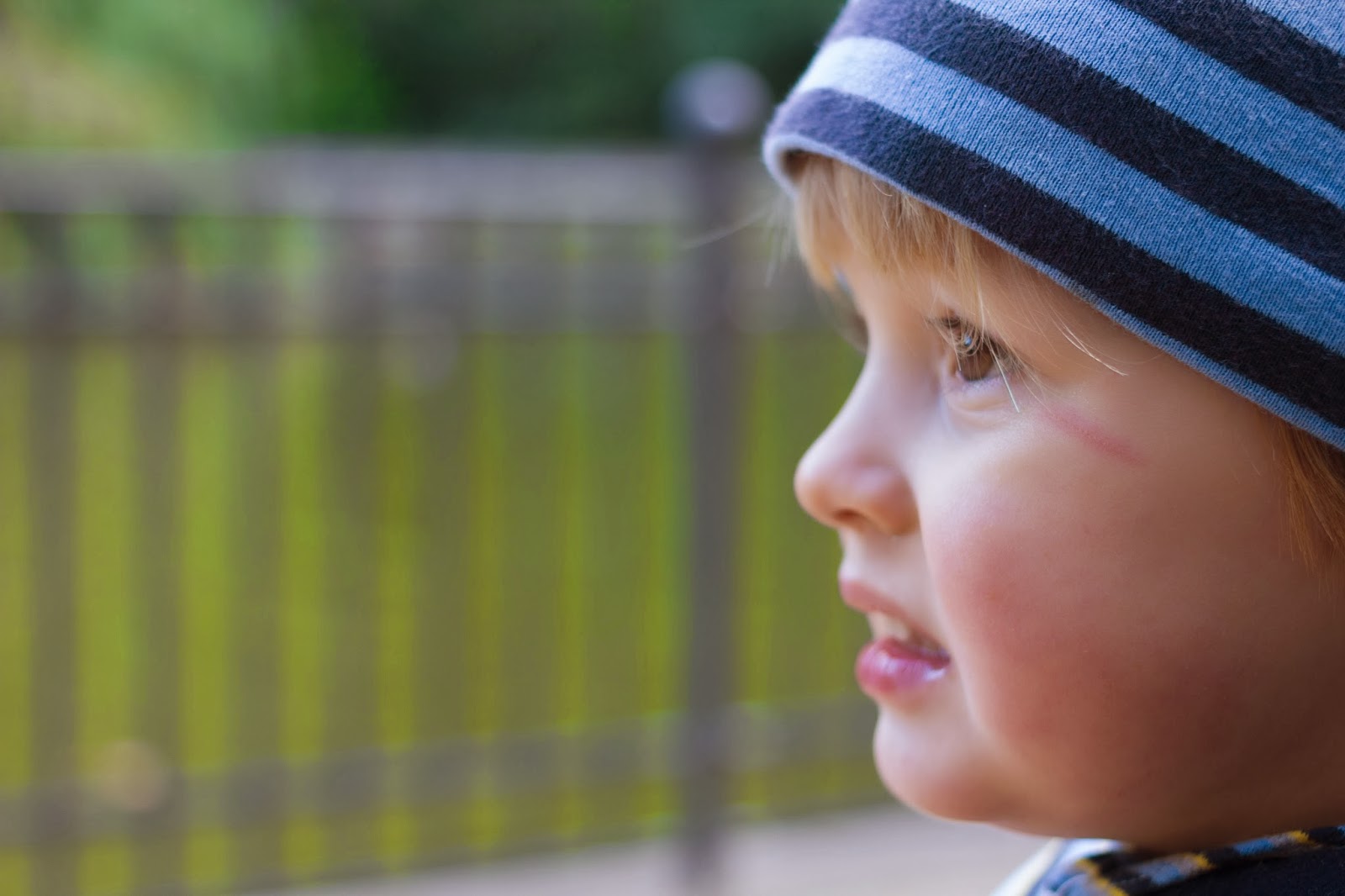 “Wake up!” he tells me. “Wake up! You can sleep tomorrow.”
He has a point – today is my favorite day too – so I get up, and we have a leisurely breakfast, free of the stresses of being on time for anything, before seeing what the day has in store for us.
It’s nearly always good.

*He still calls me Bócito. It’s better than Papa. He can call me whatever the hell he wants, as long as it’s not Papa. 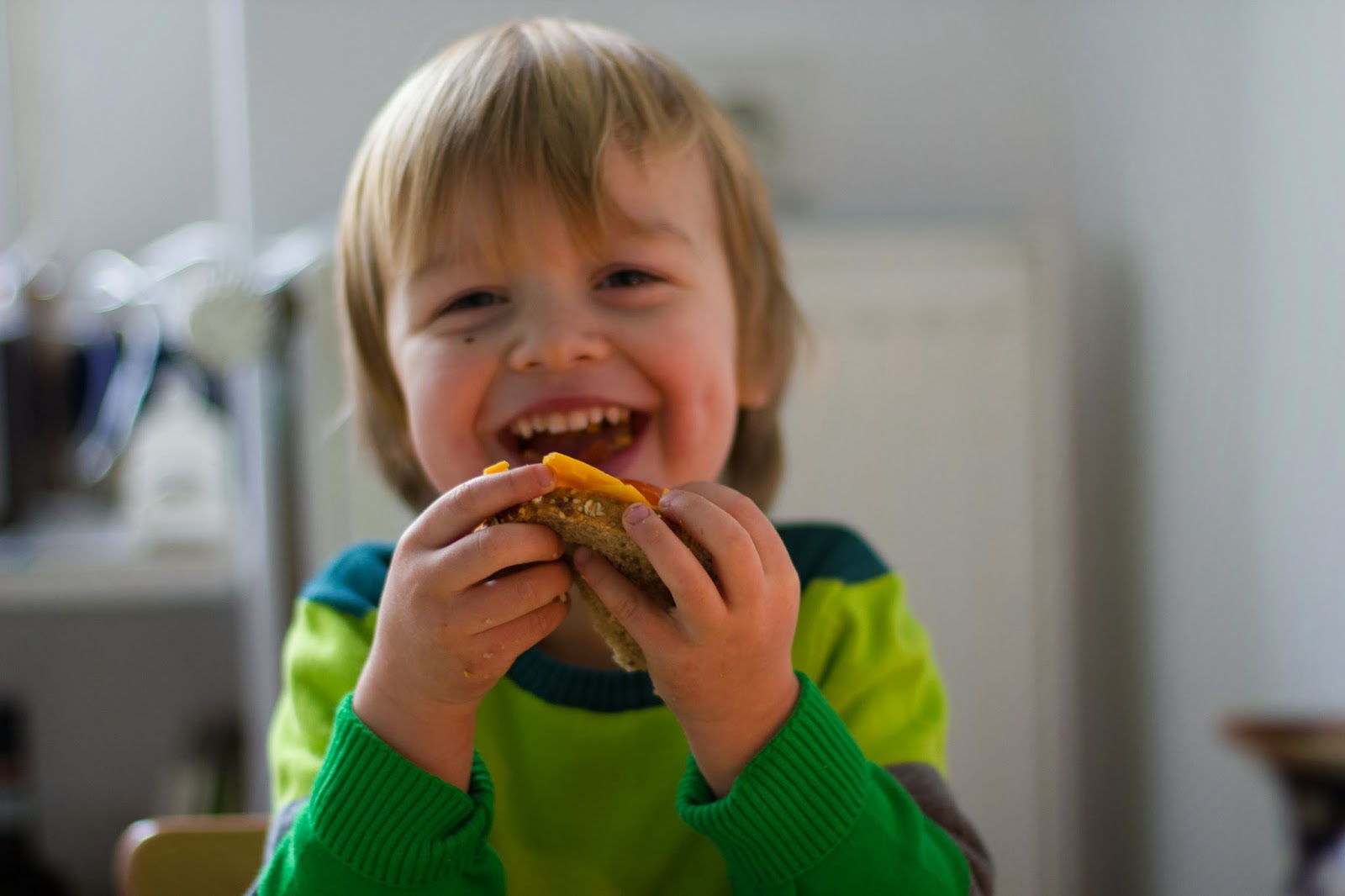