You don't fuck with Hallowe’en 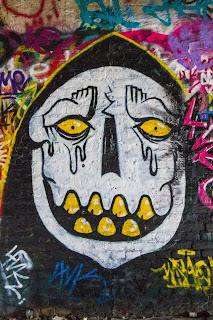 Tonight on my way home from work I was confronted by parades of zombies, monsters, hospital patients, deranged psychopaths, ghouls, ghosts and goblins. One fucking eejit was dressed as a fat ballerina. Unless it was a fat ballerina. Apologies if that was you – you looked lovely.
They were all out roaming the streets around Eberswalder Straße, presumably on their way to a party.
Well, idiots, I have news for you – Hallowe’en was yesterday. It’s over, gone. You should have dressed up and gone out yesterday. Tough shit if it doesn’t suit your social plans, if you have to work the next day or it’s more convenient to celebrate on a Saturday or Friday night. 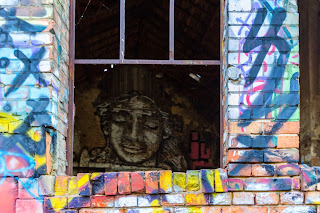 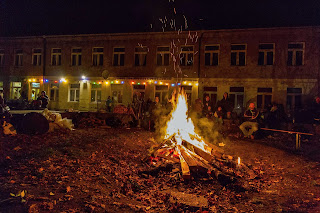 I’m starting to think the Germans should just forget about Hallowe’en altogether. They clearly don’t get it. Joking aside, yesterday someone threw a bottle at my head as I cycled by and there were multiple reports of people throwing eggs at others. Better than bottles I suppose, but still, nothing to do with Hallowe’en. I can kinda understand some of the Germans’ concerns.
I went through Mauerpark with faint hope of seeing a bonfire but there was nothing, not a sinner, while the only “bonfire” I saw was at a kids’ party around the corner. At least the kids dressed up, made an effort even if most of their costumes were shite, and at least they managed to celebrate Hallowe’en on the night itself!
Labels: celebrations eejits Hallowe'en