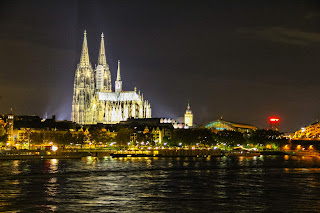 My latest foreign assignment promises to be a painful one. Bad enough that I’m going to Cologne – I didn’t think much of it on my last visit – but I’ll be watching Ireland get slaughtered as Germany book their place at the World Cup Friday night.
Speed is imperative for my work. Maybe I should write my match report now...

Ireland defended like lions to thwart Germany’s much-vaunted attack until conceding five goals in the last five minutes as the hosts qualified for Brazil 2014 with a 10-0 win. They scored another five goals in injury time.
The Irish were doing alright, having already repelled 1,278 German advances before the 85th minute, until Thomas Müller – taking a leaf from Thierry Henry’s book – grabbed the ball in midair and simply punched it to the net. The Germans scored another four goals as the Irish protested, and another five after the visitors stormed off the pitch in quiet dignity.
“They may have won but we didn’ fuckin’ lose,” said the heroic Irish captain, who ended the game with half a leg. “We wuz robbed.” 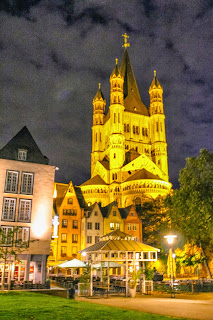 So I’m being optimistic about our chances. I’ll have to bite my tongue while watching through my fingers lest any of my working colleagues discover I’m Irish. I’ll be wearing a green top for entirely coincidental reasons. Likewise the green face-paint.
Cologne, Cologne, the previous visits were already painful enough. I suppose there’ll be consolation beers afterward. Small ones. This is Small Beer Country with only thimble-sized beers available. As if being Irish in Cologne wasn’t bad enough already.
Labels: beer Cologne Fußball Ireland Small Beer Country work