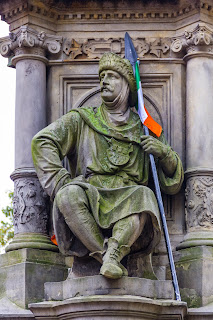 Once I realized I hated the place, Cologne decided to show me some of its charms. They become evident at night when the sun has set and darkness encourages the squalor out onto the streets. The streets are in a perpetual state of squalor but I refer to the night-folk who hide amid it during the day.
I’ve yet to come across a German city with more crack-heads, winos and generally fucked-up people than Cologne. Berlin probably has more but it’s a big city and they’re all conveniently spread out of visitors’ consciousness.
Not so in Cologne, where it seemed last night that everyone was wasted in one way or another by about 2am. One guy, either off his head or extremely blasé, was having a piss down the stairs in the U-Bahn station. He must have thought he’d found a quiet little corner without realizing all the passengers departing the train would naturally look up to see where the river of piss cascading down the steps was coming from. 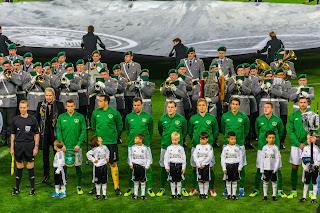 He wasn’t the only one. There were bodies slumped on benches, drunkards stumbling around outside like zombies – there wasn’t anyone anywhere within their senses.
I also learned yesterday Cologne has the largest brothel in Germany, and just found out – on further investigation – that it is indeed the largest in Europe, with facilities in a 12-story 9,000-square meter building.
I wonder how many Irish ended up there. I assume they were well looked after. The locals seemed quite friendly and accommodating toward the Irish – probably in appreciation of our generosity.
Ireland lost of course, and Germany qualified for the World Cup. That was that, my work was done.
I very nearly didn’t get out. The walkway to the Hauptbahnhof was blocked off as they continue their never-ending work on the Kölner Dom. I had been thwarted by countless trains and trams before that. 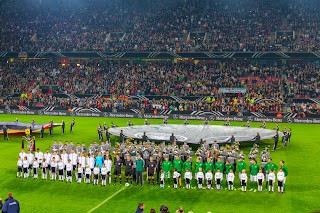 The city’s public transport system can only be described as shit. There are no maps anywhere. The train/trams are all called U-Bahn regardless of whether the lines are underground or overground, and they all leave from different places.
Then there aren’t enough of them to get all the fans that want to go to a game to a game. I had to get a taxi to make sure I got there on time. The driver was friendly, but he didn’t give a shit either. He was explaining that most of the phone operators don’t work weekends “because they want to party too.”
No wonder they were all wasted.

UPDATE: Monday, October 14, 2013 – I forgot to mention the beers in Small Beer Country are so fucking small that even Philipp Lahm, the Germany team captain, had a go at them. Apparently they celebrated qualifying for the World Cup with a barrel of beer but as he said himself - «Das Fässchen Kölsch war so groß wie eine Maß auf der Wiesn» - or a Cologne barrel is only as big as a regular liter jug in Munich.

There was also some corroborating evidence from Cologne residents on Twitter tonight: