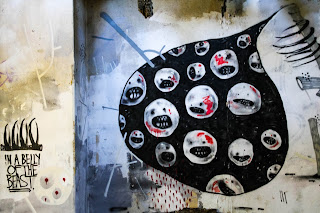 German readers may be interested in an interview I gave Greatest Berlin about Abandoned Berlin as part of their “We Read Your Fucking Blog” series. 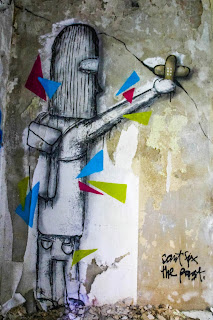 I’ve no idea if it’s a good interview or not – you’ll have to be the judge of that – though I can say it was a very enjoyable interview to give. There was beer and it was outside – what more could you want? – and afterward I popped down to the Eisfabrik for more beer-outside enjoyment.
The interview itself is auf Deutsch, though I didn’t speak German on this occasion, so you need to bear in mind that some things may sound different in translation. The general gist hasn’t been lost, but if I was speaking German I’d certainly never use expressions like “Scheiß drauf” or “Da hatte ich dann echt mal Schiss” so you need to make allowances for that.
Otherwise, it’s an interview, with questions and answers, and you can read it here: http://www.greatest-berlin.de/stadtleben/story/we_read_your_fucking_blog_abandoned_berlin/111379