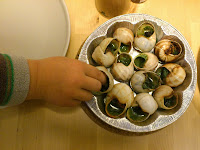 Today was a good day, despite being rudely awakened before 9 a.m. by a German and half-German singing down the phone. They meant well and I admit, once I got over the initial shock, it was nice to hear them sing. And then go back to sleep. 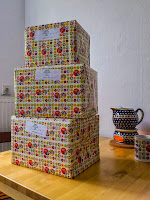 Fresh stocks of tea arrived after I got up three hours or so later. I’d run out and was coming dangerously close to using even my reserve emergency supplies for use in worst-case situations only.
The young fella was reluctant to leave the Kita when I picked him up, but only because he was already having fun, and he perked up relatively soon afterward as we headed to Mauerpark on the bike.
There we set a flying pig loose into the sky and the young lad was enthralled as he held on and watched it soar above. It was a pig kite, quickly named Pinky the Piggie. We called Pinky back down but the piggie was having too much fun and so we had to wait. The inconsiderate pig eventually got tired and came down again.

After a stop off at the playground for some sliding, climbing and digging, we went home for a dinner of snails and roast chicken. Both were reduced in Lidl when I went to get bread and milk this morning. You never leave Lidl with just bread and milk. I once bought a boat in Lidl, rollerblades another time. 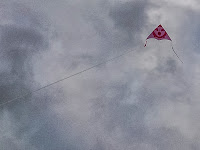 I thought we could have the snails as starters but the young lad wasn’t interested. He actually thought I was messing when I told him we’d be eating snails. But he lashed into the roast chicken, had more of it than I did, gobbled down all his broccoli and lashed into the spuds, all washed down with a glass of the finest milk.
I had the same, though less chicken, more spuds, and washed down with a glass of Médoc. Damn good. I had four or five snails. Not great. 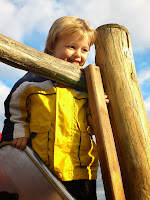 Jenny called around with a sunflower and another bottle of wine as we were eating desert and the young fella was of course delighted to see her. He was in his element, cursing like a pirate – there was a “fucking fly” flying around, and the ice-cream was “shite” – and afterward he drew pictures, finished a jigsaw and played with his cars.
Once Jenny left I’d to read him three books – two wasn’t enough – one about firemen, police and construction workers, another about dinosaurs, and another about a witch that nearly gets eaten by a fire-breathing dragon. That’s his favorite. He almost knows the words by heart.
He went to bed without complaining for probably the first time ever, said he wants to go back to Mauerpark again tomorrow, smiled happily and fell asleep clutching Moley, his best friend. (Moley’s clutching him now as I write this.)
Everything’ll be fine. 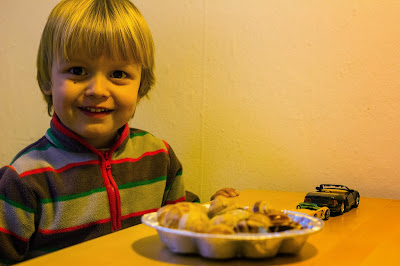