Zombie hospital: Running out of patients 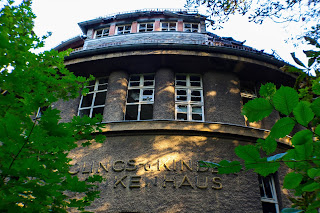 There’s a zombie hospital in Weißensee. It used to be for kids but they were all eaten, their brains gorged upon by the zombies that took their place. 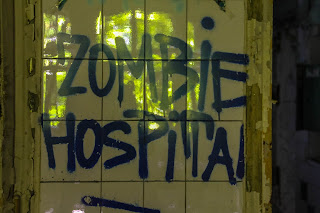 Now they call it home, making it a zombie hospital. Zombie ambulances ferry sick and injured zombies to their care, and after they patch them up and resuscitate their ailing comrades, they eat their brains too. Braaaaaaaiiiiiinnnnns. Or rather, Gehiiiiiiiiiiiirrrrrrrne… They’re German zombies after all. 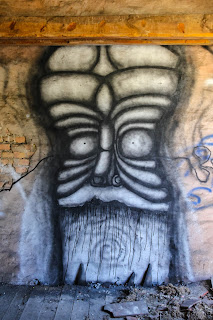 Like the zombies, the hospital itself is fucked. Vandals have set the place alight at least 11 times already this year. It seems to be a regular pastime for the gobshites who evidently have no sense of history for the “protected” building they’re helping to destroy. 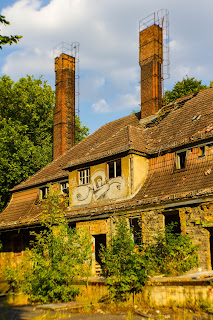 Yep, like others I’ve mentioned before, the Säuglings-Kinderkrankenhaus Weißensee is under “Denkmalschutz” as a listed building, but that doesn’t prevent the investors who purchased from letting it fall to the ground as they go back on promises made to procure it from the city. (For a song, I’m sure.)
The state-owned Liegenschaftsfonds Berlin is looking at ways to rescind the contract on the sale it made to MWZ Bio-Resonanz GmbH in 2005. Maybe they should have taken greater care at the time. I couldn’t find a phone number for the company, apparently a front for Russian investors, which said it was going to build a cancer-treatment center. 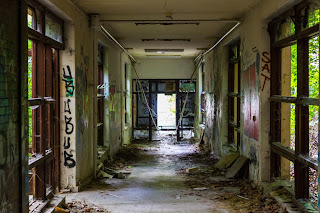 The Kinderkrankenhaus’ story begins in March 1908, when it was decided to build Prussia’s first municipal children’s hospital to help combat rising infant mortality rates at the time. 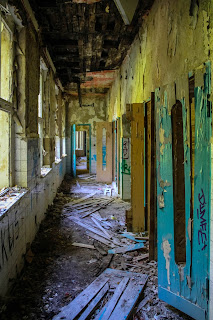 Construction got underway in June 1909, overseen by the prominent architect Carl James Bühring. He built a load of stuff in Berlin and then later in Leipzig.
On July 8, 1911, the hospital was inaugurated amid great fanfare on what was then-called Kniprodeallee. It had a little park for therapeutic purposes and – best of all – milk production facilities, with a cowshed, dairy and everything needed for milk storage and transportation. 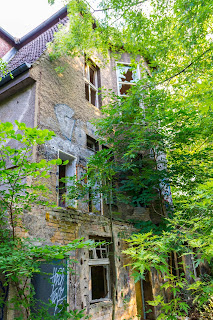 Not only was the hospital considered one of the best of its kind anywhere, but it hosted the Third International Congress for the Study and Prevention of Infant Mortality from September 9-15 that same year.
Of course, more buildings were added down the years, as can be discerned from their varying and contrasting styles, but the cows’ facilities were done away with in 1920. Well, they catered instead to the city. 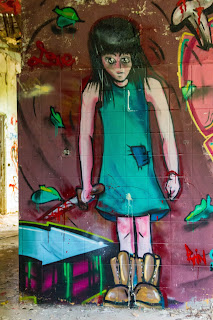 Later, in 1965, they became part of a dairy farm in nearby Heinersdorf. I presume they weren’t using the same cows or the milk must have been fairly sour.
The hospital was again expanded with a new wing in October 1987, but the whole thing was cruelly shut down after 85½ years of service to Berlin’s newest arrivals on January 1, 1997.
It’s been lying idle ever since, punished repeatedly by weather and brainless zombies who insist on burning it. Bruised, battered and burnt, it pines for the days it used to welcome little people into the world and care for those little people who suffer misfortune.
But no, its lifeblood is denied. It’s the hospital that ran out of patients. 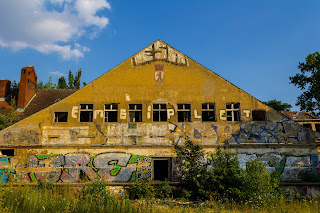 What
Abandoned maternity and children’s hospital, the first municipal one of its kind in Prussia, and surely only one of the very few to have had its own cow facilities and dairy. Now left to suffer the ignominy of vandalism and weather-induced decay. 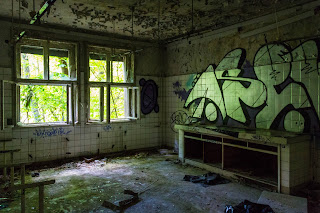 ‎
How to get there
I just cycled there, the best way to get anywhere in this city. If your bike was stolen, however, (the biggest drawback of having a bike in this city), you can get the M4 tram from Alexanderplatz to the Buschallee/Hansastraße stop and walk from there. It’s just a stone’s throw away. Here’s a map so you know what to aim at. 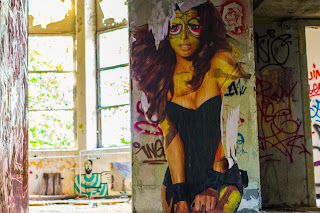 Getting in
This place is so desperate for love and attention it’s practically inviting people in. The gate was locked by some concerned citizen after the last big fire destroyed the roof in one of the buildings, but when I went along again today the gate was kicked down and the lock nowhere to be seen. 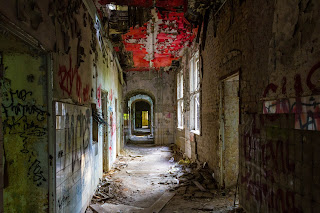 Daytime is best because there are a few uncovered manholes lying around in which you could break a leg or even worse if you took a wrong step. Of course, you could also go along at night if you have a strong torch/neck, but you’re liable to run into the nighttime dwellers who may or may not be happy to see you. 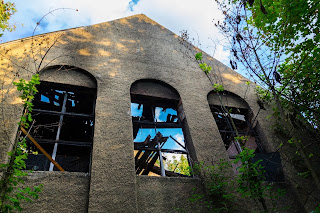 1/10. Like I said, this place is begging to be explored. There’s no security and it’s accessible by public transport. It’s almost too easy. 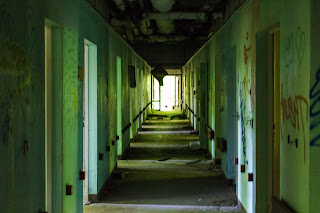 It’s not really that romantic a setting anymore, but if abandoned hospitals are your thing, then by all means, bring your girlfriend/boyfriend. Otherwise just like-minded explorers would suffice.

What to bring
Camera, beer, a decent torch, brains for the zombies.

Dangers
The aforementioned manholes are worth looking out for. Then there’s the ceilings which are liable to collapse on your head. One of the stairs had collapsed since the previous time I was there, so the buildings are neither safe nor stable. The place is inhabited by a few unfortunate homeless, but I’m sure they’d leave you alone as long as you left them alone. Obviously watch out for any nosy neighbours, Polizei etc. Be suspicious of anyone who invites you to go along with them. They might be after your braaaaaaaiiiiiinnnnns… 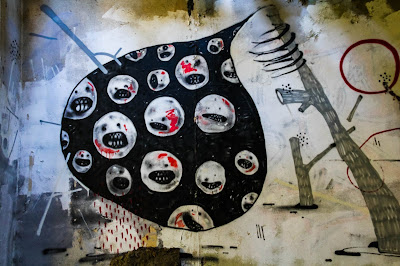