Staying cool at the Eisfabrik 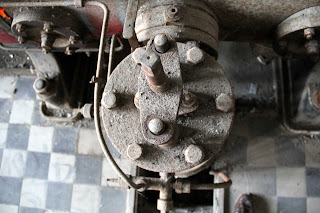 It may not produce ice anymore, but the old Eisfabrik has apparently become a pretty cool place to hang out as Berlin swelters in the summer heat. 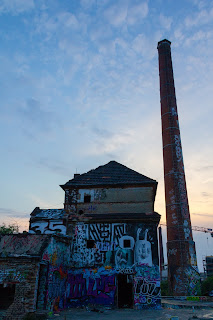 You couldn’t really say it’s abandoned anymore. It’s crowded. The place was crawling with hipsters and dipsters Friday evening, loads of them sitting on the roof, gazing out over the train tracks, river and city, clinking their bottles of beer as they toasted the marvelous sunset.
There were so many that bottle collectors were roaming around picking up discarded bottles for the 8c deposit. One girl had stacks of sacks stuffed with bottles. She said she was there all the time. 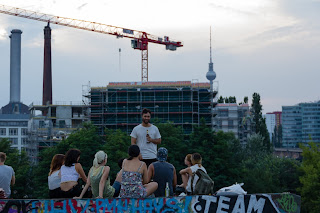 Squatters have made themselves at home in some of the rooms below. They looked pretty comfortable, with proper beds, bedclothes, furniture and all. They didn’t look so comfortable, though, when I shined my torch in at them and asked them how they were doing.
A lot of the doors are padlocked shut, so evidently they have some belongings and notions of privacy. 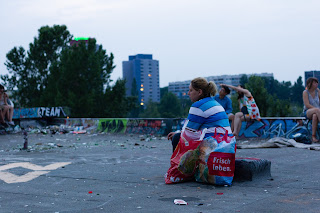 There was also a family downstairs, possibly Turkish, playing cards, drinking and chatting around a table. I suspect they were linked to the girl upstairs collecting bottles. But they were friendly enough, though an oul’ fella wanted €2 for me to take a picture of the window. He didn’t get it. The picture didn’t come out. Karma.
Outside, really taking the piss, a tented community has sprung up beside the river. There were a load of wigwams set up and hippies sitting around listening to some fella playing the guitar. 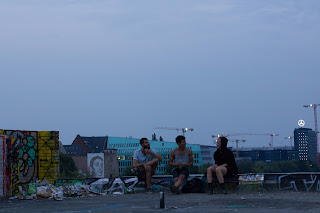 It was all very pleasant. It was dark at this stage and they’d strewn candles around the place so it was all nicely lit up. An English fella named Oliver, who didn’t know what the hell I was saying when I started talking to him in German, was selling bottles of lukecold Sterni for €1. 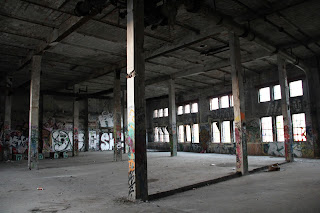 Oliver said they’d set up the “café” three weeks before, that the Eisfabrik belonged to a Russian investor, the other building to an investor from somewhere else, and the land on which the tented community was set up belonged to the city, which wants to keep riverside access. They were allowed camp there while building work was going on next door. Welcome to the murky world of gentrification in its infancy. 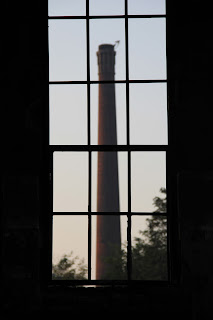 Perhaps not so pleasant were the rats foraging around the rubbish discarded at the bottom around the Eisfabrik. Apparently the bin collection service has dropped off in recent years, so the squatters and inhabitants just fuck their refuse out the side. The stench was unbearable, though I guess it must smell delicious for the rats. 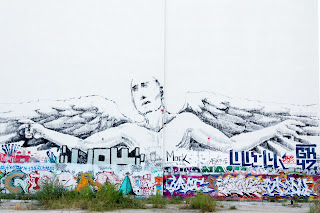 The smell of piss on the stairs was also quite pungent, and the source is apparent from the rivers of urine cascading down from the upper steps. Well, not rivers exactly, but certainly streams trickle down from time to time.
Unpleasant smells notwithstanding, the Eisfabrik remains a pleasant place to visit, especially now it’s summer. Bring your friends, some beer, ignore the crowds, poke a hipster in the eye and enjoy the rooftop views over Berlin.

I wrote about the Eis Fabrik before, its history, likely future, and directions for how to get there and enjoy it before it’s gone forever. Click here for the link. 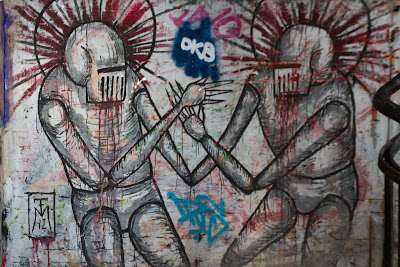