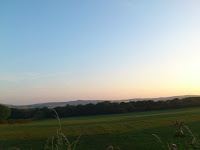 Usually I’m happy to come back from Ireland, having been reminded of the reasons I left it in the first place.
Perhaps this time though, because I’d been more than adequately reminded of them before we even traveled, I was sorry to leave after a week that was always going to be too short.

Even the young lad wanted to go to the beach again rather than get the plane back to Berlin. Of course he wanted to see Jenny, and when I reminded him she was waiting patiently for him to return, he smiled in anticipation and didn’t complain about skipping the beach. 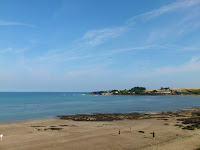 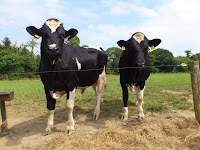 Of course the young lad didn’t give a rat’s ass for meeting old pals of mine, though he remained polite and civil throughout, but the highlight for him (apart from seeing the folks, my aunt and uncle and Helen again) was a reunion with cows, his old pals, and an introduction to his new love, the sea. 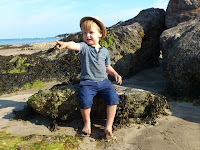 Jesus, he loved the sea! There was no hesitation whatsoever. As soon as his clothes were all off he ran right in and didn’t stop running up and down along the shore splashing and frolicking until he was pulled back out again, kicking and screaming, despite the fact his lips were blue and teeth were chattering from the cold.
A quick towel dry to get temperatures up again and then he’d run in again, laughing and cackling manically and he splashed, kicked, splashed and kicked again. When he was done with that, he’d throw sand into the sea, then stones.

“Don’t hit the seagull!” he warned me when I joined him in the stone-throwing.
The seagull evidently didn’t trust me and flew off.
The young fella was the only one naked on any of the beaches we visited. Evidently FKK isn’t a hit in Ireland, not even among the really little kids. Perhaps the Catholic Church’s activities have conditioned parents to cover their children up lest any lecherous priests be wandering around. 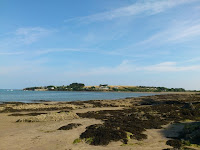 He missed his cousin and aunt due to a lack of time, but was reacquainted with Matthew, Jill and Tony’s young lad, and the two of them hit if off like a forest fire.
There were warnings on the telly and radio about “forest fires” – as if there were any forests left in Ireland – as well as warnings due to the “heatwave” which never hit 30C.

“Young children and the elderly are particularly at risk,” said the apologetic forecaster, while another was even more apologetic for the warm nights. The radio was moaning about the “unusual summer weather we’re having” and – to top it all – an “absolute drought” was declared after it didn’t rain for 15 days.
Evidently nobody left in Ireland – none of the weather forecasters at least – have ever travelled outside the country to gain a bit of perspective on what summers are supposed to be like. Rainwashed or brainwashed.

But we made the most of it, and to be fair, others did too. You could tell which ones they were from the lobster red glow they sent back toward the sun.
The young lad thought Helen’s kettle was very loud (as you can see to the right) but that was his only complaint.
And though I didn’t meet all the people I wanted to, it was a success for the sheer pleasure I gathered from those I did. I was humbled to meet Eoghan again and see how positive and cheerful he remains despite all he’s been going through and all he faces on a daily basis. He’s an example for anyone who feels within rights to complain about trivialities.

Then there was Mark and his family for the first time in seven years or so, Gavin for what seems as long, Jill and Tony, and others whose chance meeting along Bray seafront was an unexpected pleasure.
I missed Sully, who bogged off to Cork for the one weekend we were there, and Noddy, who’d already bogged off to Australia but whose presence was and is sorely missed.
Even the young fella asked for Noddy when we called up to the house to see his folks. 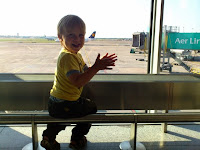 “He’s not here. He’s in Australia,” I told him.
“No! Where’s Noddy?” he’d ask again.
It’s not that you forget about people when you move away, but you come to appreciate all the more what you miss. The people are Ireland’s greatest resource. It’s just a shame the gobshites in charge are squandering them all away.
But we’ll be back of course, for more happy occasions and memories you cherish even as they’re being made. ‘Twas good to be home. 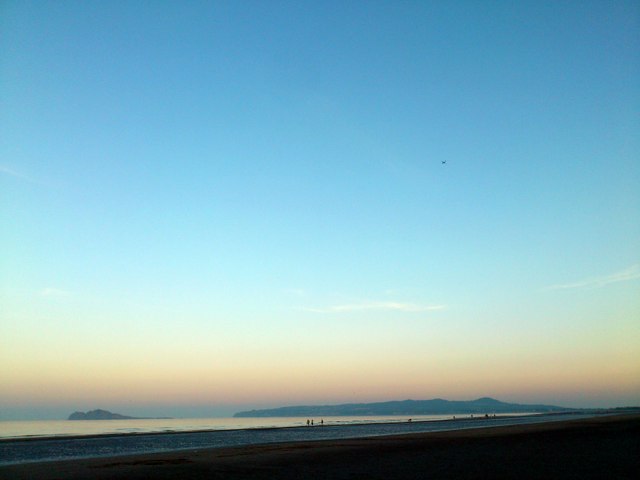