Oslo is fucking expensive, extortionately so. There are no other words for it. In fact, tickets for Oslo should carry a health warning: “Don’t bother unless you’ve money to burn.”
Even then, you won’t have enough.
Apart from money, I spent the guts of four days there, but didn’t even see the local currency. I paid for everything on credit card, used nothing else. It saved me pushing around wheelbarrows of cash, or gold bars, or whatever it is they use. I suspect they all use plastic.

The first pub I wandered into was charging €9.36 for a beer. I looked like pissy beer too, so I left, went looking for a Späti. I found a Späti, five minutes before it closed at 11pm.

“Where’s the beer?”
“We don’t have beer.”
“WHAAAA?????!!”
“No beer for sale after 8pm.”
I left thinking I may have found a hellhole even worse than Munich. At least they have beer in Munich.
I wandered on. It was my first night in Oslo and I’d just finished my day’s work.

I missed out on all the free champagne and vodka at the Russian embassy because I had to write coherently for my paymasters. I finished my report in a park, where I’d moved to get away from the Russian secret agent dude who was reading what I was writing over my shoulder, Prism-style. He evidently couldn’t read English so he returned with a Russian girl who asked me what I was doing. That’s how they operate, the Russians. They get the women to catch you out.

Meanwhile they were all availing of the free booze provided by the Russian ambassador, or the Lukoil North Shelf drilling company to be precise, and were becoming increasingly rowdy as the music got louder and louder.
It was all very off-putting and not conducive to report-writing, so I had to find refuge in the nearby park if I was to have any hope of getting the damn report done. I finally got it done. The relief!
I guess I wanted to treat myself. It would have been a bit shit just to go home and go to bed. It was my first night in Oslo, I wanted to live it up a bit!
So I walked and walked, looking for a reasonable pub until my legs were stumps. I kneed my way, bloody and stumpy, into a bar near my house and at that stage I just wanted a beer. I couldn’t go any further.

But I didn’t want any pissy shit. If I was going to get ripped off, then at least let it be for a tasty beer. So I discussed the various beers on offer with the barman for a good ten minutes before finally deciding for one he reckoned was exactly what I was looking for.
€16.77. Sixteen seventy-fucking-seven. Easily the most expensive beer I ever bought, will ever buy again. Of course, I only had the one.
The next day I went to the supermarket for breakfast. Müsli, coffee, milk, yoghurt, cheese, ham, pasta, sauce, frozen pizza, apples and shower gel cost €38.47. The coffee was “Fairtrade” coffee. Yeah right.

I returned later for six-pack of beer. Also extortionate but at least they weren’t €16.77.
At least there’s more to Oslo than beer – unlike Munich. The city itself is pretty pretty, especially when the sun shines, though the shops are all brands and/or chains, same as any other city. It’s remarkably unremarkable, probably the reason I remembered nothing from my previous visit to Oslo. All I could remember was that it was the worst New Year’s Eve I ever spent. Now it’s only the second worst.

Everywhere you look there are signs saying something is “Forbudt” – a neat combination of forbidden and verboten.

On the last day I wandered by the Nobel Peace Center, and immediately thought to myself: Jesus, these guys need to be grilled. I went in.
“Why did you give Obama a peace prize?”
Your man was pretty apologetic, explained it was something to do with his commitment to reducing the number of nuclear weapons, but yeah, it had been a mistake to give it to him. Two members of the Nobel peace prize board are strenuously campaigning to have the award revoked, he said. If it happens it’ll make more of a statement than any prize they ever awarded.

The work itself was grand. Usain Bolt ran and won by running 200m faster than anyone else this year, and anyone ever in Oslo. He was pretty cool afterwards, a funny guy.
“I would be lying if I said I don’t like looking at the women,” he said when he was asked why he kept going back to Oslo.

Maybe someday I’ll have money to burn and I’ll go back too, but that’s not likely to happen anytime soon. I’m definitely not in as much of a hurry as Bolt was. 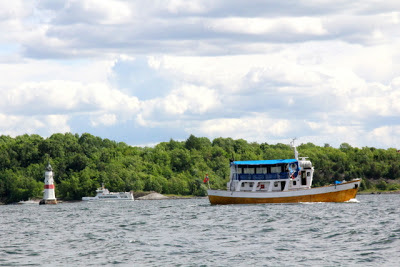