Fate has conspired to send me back. The Champions League final, the frickin’ final! It doesn’t get any bigger than that. It’s a big assignment, the biggest yet, and the head honchos have placed their trust in me so I can’t let them down.
But me and London never got on, there’s always been problems. Good memories are unfortunately overshadowed by bad. London is still the only place I managed to miss at least six flights in one night, where I’ve been searched for weapons going into a pub, and where I’ve had to suffer the shittiest food and pissiest beer. Jesus, the beer is terrible.

The worst thing about the beer is they don’t even let you drink the stuff. “Last orders” is called and when you try drink your last order, they grab it out of your mouth.
But I won’t be thrown off course. I leave in the morning. I’ll get in, write my stories, go to the match, write some more, and get out. 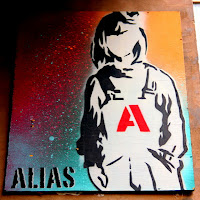 My hotel’s on Cromwell Road, just to make it worse, called Hotel Oliver. You couldn’t make it up. I suppose the fucker is haunting the place. It amazes me that the British evidently still think Cromwell was great, despite the atrocities he committed. They’d complain if Berlin had a Hotel Adolf, on Hitlerstraße. But Cromwell didn’t lose his wars…
Neither Cromwell nor London are going to stop me, however. I’ve a job to do and I’m damned well going to do it, damned well too, I hope.