So the Ireland trip was cut short for work commitments but it’s probably just as well or I’d be dead from exhaustion.
Noddy was over too, from Australia (for a week!), so nights were spent chatting into the early hours, while early hours were spent getting up on account of the young lad, his godson.

The young lad was in a hurry to get up early each morning to go visit cows, chase pigeons, charge at sheep, bash sticks into puddles, throw stones into wells, stomp in muck, roll around in wet grass, jump into streams and generally get as dirty as humanly – or even animally – possible in the quickest time possible.

Despite its economic woes, its governments of gangsters and bankers of chancers, I’m happy to report Fionnito fucking LOVES Ireland.
The rest he was already familiar with from previous visits, but the pigeons were new. He met them in Waterford, where he spent a good half hour chasing them around before I’d to pull him away when he showed no sign or tiring.

On our way back to the car, he encountered another walking along the path and promptly gave chase again. The pigeon jumped onto the road, at which point the young lad stopped and shook his head.

“No, no, pigeon. No, no. Cars.”
I was impressed. Barely two years old and he’s already displaying great leadership qualities. A couple of weeks before, he’d warned Jenny to be careful when she was crossing the road.

When he saw the sheep in a field with the gate open he simply ran in and charged after them. They ran off just far enough to turn around and look at him charging before they turned and ran off again before stopping and doing the same thing. Over and over it went before I had to intervene again – it was getting dark.

He had a great time with Noddy at the well, splashing sticks and throwing huge rocks into it. We braved a hailstorm so ridiculously cold and wild we eventually went back in, vowing to return and fuck stones and sticks into the well again another day, which we did, with even more success.
We saw Helen in Dublin, my parents in Wexford and my aunt and uncle in Tipperary. He drove my uncle mad by shouting “POOR Michael!” at the top of his voice, over and over and over again. We only spent a night with them, I’d say they’re happy to see the back of us.

I met Sully on the first night in Whitechurch but Noddy wasn’t there then meaning the two amigos didn’t meet at all, with Sully returning to Dublin the next day.

Vanessa was there when I first called up to Noddy’s house, a minor miracle given she drove her car headfirst into a wall the last time he was over. Thankfully she survived. It was great to see her sitting in the kitchen with the rest of the Noddy family.
Noddy was talking about the size of the mosquitos in Australia.

“The fuckers bite you through your shirt. They’re HUGE,” he said.
“Can you fry them?” Vanessa asked, evidently overestimating just how big they are.
I told her how Fionnito says “shit” any time he drops something on the floor.
“It’s great when kids curse when they’re two” she said, before adding for the benefit of her son Shane sitting beside her, “when they’re older they have to cop on.”

Maggie, Noddy’s mother, came in and asked poor Shane, who’d been sitting there minding his own business without saying a word, if he was going into space.
“You look like a spaceman there!” she told him. He was wearing jeans and a sweatshirt.

Noddy’s brother, Johnny, who was over from Kentucky, told the tale of riding to Daytona on a Japanese import – “like riding a ceramic tile” – and of the prejudice he had to overcome for riding such a piece of crap motorbike en route.

There were other visitors too. Seamus Kane was among a gang of the older generation up there one night, lashing into the whiskey and anything else they could get their hands on.
They talked about anything and everything.
“Like pushing a bike up a hill with a rope,” he said.
Jaysus, we laughed and laughed. ‘Twas great, talking shite, just having a laugh.
“This is what I miss about Ireland,” I told Noddy. He felt exactly the same.

It seems Fionnito misses it too. I’m not saying he’s not happy to back in Berlin – of course he is – but he’s asked a few times if we’re taking the plane again and he’s been asking for the relations. He still says “POOR Michael!” every so often – he’s even turned it into a song!

I brought him to bed the other night, asked him what he wanted to do the next day, if he wanted to go visit the goats or go down to Mauerpark.
“Cows?” he asked.
So I’ll have to see if I can find some cows in Berlin. 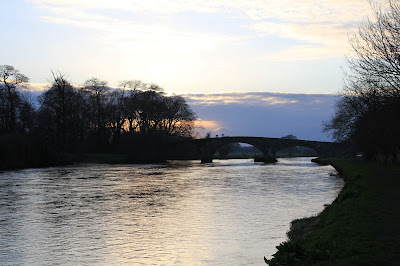