A Teufelsberg Tale, Part I 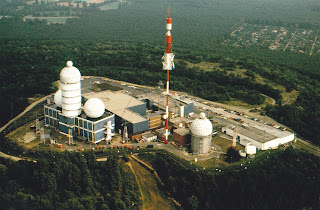 Lew McDaniel of West Virginia, USA, was stationed at Field Station Berlin atop Teufelsberg between 1968-71.
The US military veteran is helping to organize a reunion of his colleagues and co-workers in Berlin to mark the 50th anniversary of the first permanent spying facilities (SIGINT) on the hill in September. They hope to place a commemorative plaque there commemorating the site's Cold War service.
Mr. McDaniel, who worked at Teufelsberg as a linguist, got in touch with me after I wrote about the ongoing shenanigans at the site last November.
In the course of our email correspondence, he told me of happier times at the spy station from its heyday, before it was abandoned and then fell into the hands of money-making opportunists and vandals.
His words are better than mine, so without further ado, here they are: 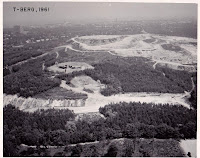 “I am sure you have seen all the various T-Berg links on the web. There are a lot of them, some accurate and some not. No submarine tunnel, a favorite while I was there, no aircraft radar, and no secret escape tunnels.
“The first site on T-Berg consisted of mounted vans in the early 1960s or thereabouts. I am not sure when the first dome was built, but I think around 1963. During my time there, there was a single dome with metal structures radiating from it. I worked in one of them – hot in summer with no windows we could open and so cold in winter we wore coats, sweaters, and gloves. Gloves made typing very difficult so I cut the tips of the fingers out of mine.

“The dome was two stories atop a concrete central pillar. The dome was made of some kind of rubberized canvas and kept inflated by air compressors from a WWII German submarine. At times the wind would overpower the compressors' capacity. When that happened, the windward dome side would partially collapse, causing a klaxon to sound. Upon hearing it, we all got outside and away from the structure as quickly as possible lest the dome fall and take everything in it down. The normal air pressure inside the dome was high enough that technicians who had to work occasionally in the top part actually had to decompress on the way out to avoid ‘the bends’. 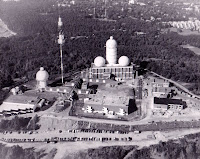 “The view from the surface of the Berg (hill) itself was phenomenal on a clear day. At night, we often saw flares firing off along what was then the ‘Wall’ on the western border of West Berlin. Most of the time, it was caused by animals tripping the flare trigger. Near the site, we often saw wild boars along the perimeter fence.” Mr. McDaniel (right, from his time stationed at Monterey, California, in 1967), added that he left the US Army after his three year tour in Berlin was over. He taught Russian at West Virginia University for a while, and eventually retired as its computing director in 2000.
Well, my appetite was whetted, so I asked him for more information. Check back tomorrow at noon to see what else he said!

All photos (except the last) were very kindly provided by the US Army Intelligence & Security Command. Many thanks especially to Mike Bigelow for his assistance.
Labels: abandoned buildings Cold war espionage history Russians Spy station Teufelsberg war wreck