Jenny met us at the airport last night. The young fella ran out, but was snared in the sliding doors before he could reach her. Fucking doors obviously aren’t programmed to recognize humans smaller that 8-foot. The joy of seeing her again after a week ensured he forgot the rude reception, and he promptly rushed into her arms like they do in American films.

‘Twas a good week, far more relaxing than I thought it would be. He was on his best behavior, apart from a couple of fits toward the end when his patience was wearing thin.

He rebuffed my dad’s efforts to speak Irish with him with “Nein, nein, nein!” made faces at my mother, cursed like a docker, laughed hysterically at nothing and generally did his best to convince them he’s stone mad. I’m starting to think he is.
He likes Madrid, its restaurants, playgrounds, trains. He couldn’t get enough of the trains, was constantly calling for paella, demolished a squid bocadillo (wanted more), and he slid down every slide he saw. The carnaval kept his eyes wide and open – until he wanted to get the train again. He wasn’t too pushed about Madrid’s museums either.

I think he prefers Ireland, more cows, but tigers are the attraction in Madrid, one at the back of the zoo you can see through the fence (we’re poor, the zoo’s expensive) and the other a new friend he made who’s eagerly awaiting his return.

I snuck out while he was asleep (the young lad, not the tiger) to see two football games, Real Madrid vs. Sevilla and then Rayo Vallecano vs. Atlético Madrid the next night. Rayo’s game was the highlight, a fantastic experience. Rayo won, but the coach, Paco Jémez, was set off, so I’ll be wearing my newly procured Rayo jersey when they play Real on Sunday to offer my support in his absence.

I’d great plans to bring back a tin of stuffed olives and a bottle of brandy but we killed too much time after a whole day killing it, and had to make a frantic dash for the plane after a very hurried farewell to the parents.
But we made the plane, back to Berlín, to the GEZ and dog shit. You need to be a gymnast to get down our street without stepping in it. I’m not complaining, it could be worse. At least it’s genuine dog shit. Unless they’ve been lying all along… 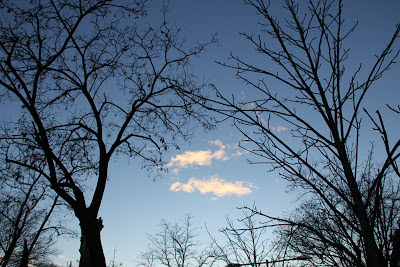