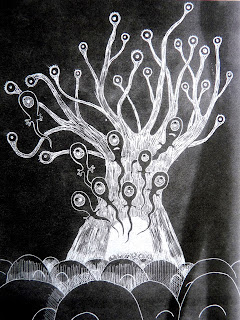 Radiohead were fantastic, so good that I’ll be getting the train down to Cologne on the day I get back from Ireland to see them again that night. Just two weeks of Radiohead-free nights to get through between gigs!
“If you think this is over, then you’re wrong,” Thom Yorke sang. You’re right there Thom.
I got to Wuhlheide as fast as my legs would pedal me from the S-Bahnhof, anxious that my professional commitments would cut short my unprofessional ones. I need not have worried. The band struck up as soon as I arrived at the gate. I ran up to the edge of the arena, and there they all were, below in the amphitheatre laid out before me like a bowl of strawberries just waiting to be devoured. 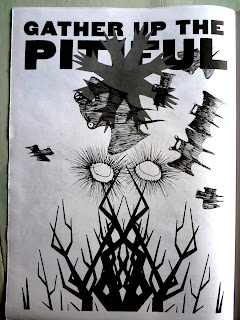 I devoured a beer too, of course, and got another one.
They were incredible – Radiohead that is – the beers were only alright. I wanted to immerse myself in the gig, and then thought to myself if I’m thinking I want to immerse myself in this, then I amn’t immersed in it. Then I thought if I was thinking all that, that I was living here too long.
But the music did take over. Radiohead’s new shit is so good, you forget their old shit is fantastic. I had goosebumps for Spinning Plates, and pretty much every song after.
Thom interrupted the proceedings with the following announcement: “These security guys telling you ‘you can’t film’ and to put the cameras away, it’s bullshit, you can film. As far as I’m concerned you can take your cameras out and film all you want.”
Cue wild cheering from the fans, sheepish looks from the security. 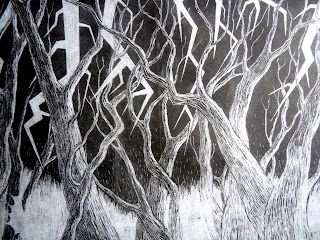 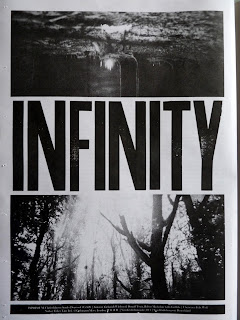 It still amazes me how so many Germans are unfamiliar with the concept of encores. As soon as Thom said that was it, they began streaming out. Idiots. They were probably queuing for hours to buy tickets too.
Anyway, it was better without them. The diehards were left, and they began clapping along to: “Don’t haunt me, don’t hurt me.”
Then the Tibet flag was rolled out. Everything in its right place.

I didn’t bring my camera – of course – and won’t insult you eyes with photos taken by my shitty phone. I’ve pictures from Radiohead’s gig at Wuhlheide in 2008, but I won’t insult your eyes with them either. I’ll have my camera in Cologne on October 15 and will be snapping safe in the knowledge it’s what Thom wanted. The pictures here are from The Universal Sigh.
Labels: Music Radiohead