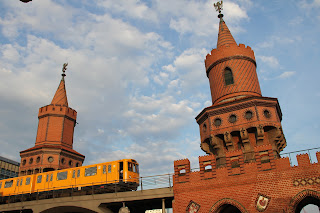 There's gonna be a few changes 'round here. Time for a shake up, followed by a shake down, with perhaps a little shaking to the side for good measure. It's long overdue, but I seem to have caught Berlin's propensity for procrastination.
In keeping with the times, the changes will be superficial in nature, altering little of substance but creating the illusion of great change, progress and achievement. If the times are anything to go by, these changes will have little or no impact on readers' perceptions, with an initial period of euphoria and optimism quickly followed by indifference and pessimism as reality sets in. 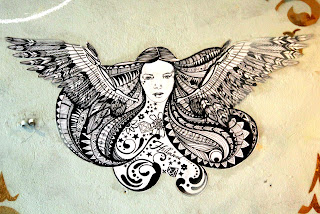 I'm ditching a language in perhaps the only alteration of substance. Rather than the “Irish English” I've been beguiling you with up to now, I shall be using American English from now on. I use it for work, and since English isn't Ireland's native tongue anyway, I have no issues in ditching one version for another. I have enough languages floating around in my head as it is and most of the native English-speakers reading this here thing seem to be North Americans. So there you go. Ditched like a used nappy. Used nappies, as diapers are called in Ireland, can never be ditched too soon.
The next change of note is another of style. Again, it's for consistency for my frazzled brain. I shall be using the AP Stylebook, referring to it in moments of doubt, and heeding or ignoring it accordingly. I do reserve the right to ignore it, this is my blog after all and I can do whatever the hell I want, but you will, for example, never again see a quotation mark inside a full stop, even when only part of the sentence is a quote. I said you won't again be seeing “a quotation mark inside a full stop.” Looks weird I know, but full stops outside quotation marks look even weirder. 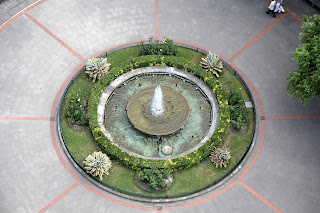 I have great plans, wondrous plans, and I hope all my changes will allow me more time to realize them. (Notice I wrote realize and not realise? It's started!)
Photos appearing here will be smaller, in Blogger's default small size, whatever that is. I reckon it's too small, but it saves me fucking around with numbers and calculations to keep the sizes you're used to. And you can still click on images to look at them in their full glory, which is the only way to look at things anyway. 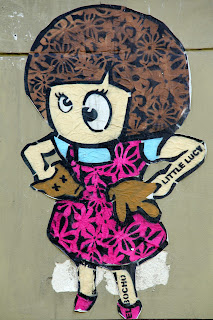 The blog itself will look very different, just tiles of photos, and you'll need to click on each photo to look at each post. I hope it works out, or it'll be somewhat self-defeating. There's no point in writing a load of shit no one's going to read. Or is there? I'm quite selfish actually, I think I just write for the hell of it.
I'll be deleting the Facebollox account because there's definitely no point in that. I only check it every blue moon to find loads of strangers want to be my friend, while real friends are now enemies because they think I'm ignoring all the messages they were sending me. I always leave it in a panic. So I just need to let the “friends” know before extinguishing that.
I'll continue my use of Twitter, which wisely limits the amount of bullshit people can spout to 140 characters. And you don't need to pretend to be anyone's friend, you just follow them whether they like it or not like a stalker. 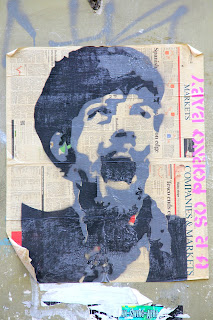 I also need to update my profile. Quite a lot has happened in the three years or however long it was since I wrote the one there now.
Tags/topics. I'm not sure if anyone uses the damn tags, or if there's any point in them, but I'll be tidying them up a bit so posts on certain themes can be easily found together.
I might reintroduce inconspicuous ads in an effort to the keep the wolf from the door. I never understood that expression. Surely if there's food on the table it would only encourage hungry wolves to come knocking at the door? Well, anyway, I might try the ads, wolves or no wolves.
The great and wondrous plans will be become clear in due course, if they come to fruition, but I can reveal that they focus mainly on other sites: the daughter site Abandoned Berlin, which threatens to consume its mother, and another site I'll be launching soon. Yes, another one! Mad shit. I hope it will involve a lot less time and work than the existing two. We'll see. 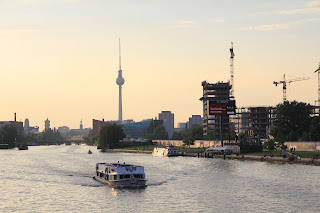 I'm tempted to start dabbling in sound and video – sure while I'm at it I may as well go whole hog and fly a rocket to the moon.
Plans are great and making them happen is even greater. I hope you stick around and enjoy the ride. I'll just remind people once again that I'm now using American English. Lest anyone thinks I mean a ride in Irish English...
Otherwise, all the changes will take place at a predetermined time yet to be determined.
Labels: complete and utter rámeis