How long is now? So long, Tacheles 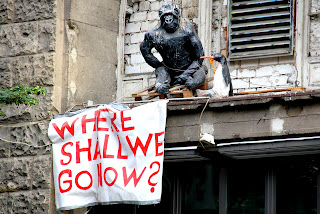 Tacheles died today, September 4th, 2012. The Polizei moved in early in the morning, turfed the last of the artists and stragglers out – peacefully, it must be said, though that was the stragglers’ choice and not the Polizei’s. The police were probably disappointed. 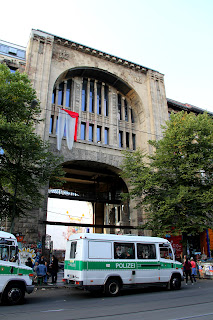 “We’re artists and we have culture,” Linda Cerna said. “If we have to yield to force, we yield to force."
I don’t know how many Polizei turned up, but enough to “secure” the building by the time I got there. I could see them through the gaps, milling from room to room, making sure no offending art or unwanted artists remained. A couple of scowling cops stood at the doorway to make sure no one entered, glaring at the small number of Tacheles sympathisers gathered outside on the pavement. 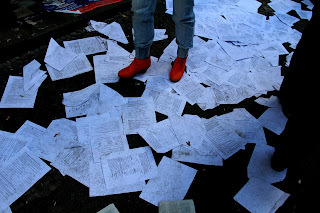 On the pavement itself were the petitions to save Tacheles with hundreds of signatures, including my own, scattered around, trampled underfoot, worthless.
The gathering, which featured more than your average number of dreadlocks, looked like it was there for the long haul. Many had chairs pulled up and they sat there sipping beakers of coffee in resigned silence as if attending a wake. In a way, they were. 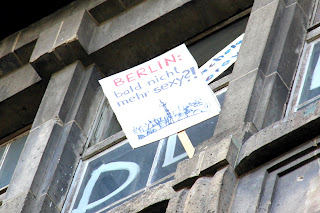 It’s a sad day for Berlin, 22 years in the making, and confirmation of its catastrophic slide towards blandness and sterility at the expense of what once made the city great. 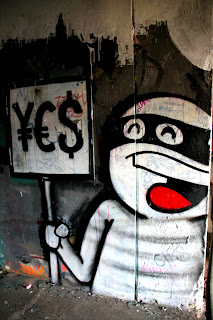 Klaus Wowereit’s not the only culprit of course – he has plenty of cronies – but the Berlin Mayor should hang his head in shame for this latest abject failure. Like most politicians, Wowereit only pays lip service to the electorate while screwing them on behalf of those with the cash. I fear for Mauerpark, I really do.
People have been saying Tacheles’ demise was inevitable but I don’t know. The city could have done more to preserve it. 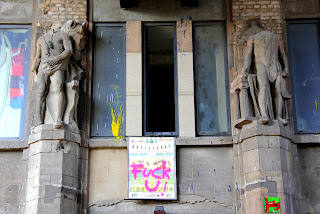 I suspect the battle was lost when the artists began infighting, when Café Zapata and the others took a payoff, when they started building fences and that stupid fucking wall out the back. The battle was lost a long time ago. Yes, its demise probably was inevitable. 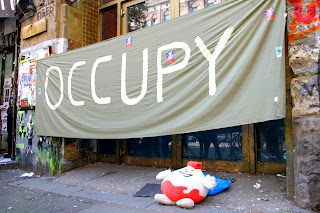 German banks always get their way of course, whether at the expense of Greek citizens or struggling artists. There was no way HSH-Nordbank would be denied its dream of flogging real estate worth something in the region of €250 million. This, for a piece of land sold by the city of Berlin for €2.7 million in 1998. Someone’s being had.
Some people won’t miss it, they’ll be happy to have another H&M, C&A, Jack & Jones or Bill & Bollocks open in its place, but I’ll fucking miss it. 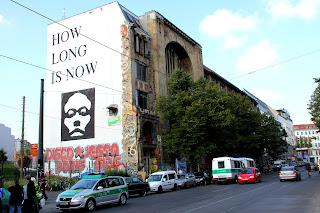 For me Tacheles was a symbol of Berlin, a huge imposing semi-destroyed building with a history more colourful than most taken over by squatters and artists in defiance of the evil bankers and real estate sharks. I used to love bringing visitors here, showing them the graffiti, the street art, the piss-soaked filth-encrusted foul dank corridors and to see their faces when I tell them, “This is why I love Berlin!” My aunt and uncle think I’m nuts. 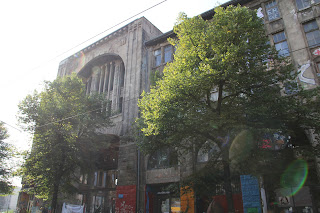 I first discovered Tacheles through an alcohol-induced haze in 2001 and rediscovered it three years later, when I found myself sitting in an airplane cockpit out in the hinterhof. I distinctly remember stepping over a body as I gingerly made my way along one of the dark unlit corridors. I’d no idea whether he was dead or alive, and I didn’t wake him to find out. Somehow the place wasn’t the same once the corridors were lit. Maybe that was the beginning of the end...
I wrote about it for The Irish Times, when its future was uncertain. Well, it ain’t uncertain anymore. How could we have been so naïve? So stupid.
How long is now? So long, Tacheles. You were fantastic. 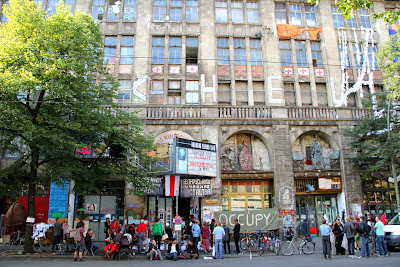 More from others lamenting Tacheles' demise...
"When your well runs dry" by Jacob Sweetman for ExBerliner: http://www.exberliner.com/blogs/the-blog/when-your-well-runs-dry
Read The Guardian saying "it has succumbed to the German capital's relentless march of economic rationalisation" here: http://www.guardian.co.uk/artanddesign/jonathanjonesblog/2012/sep/05/closure-tacheles-berlin-sad-alternative-art
And if you want to see some great pictures of Tacheles in its heyday, way back when, check out: http://www.kunsthaus-tacheles.de/institution/history/photoarchive/