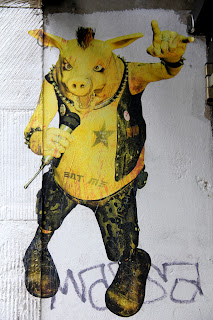 GEMA is another wholly evil institution like the GEZ or, indeed, like any other German institution you care to name.
Internet users, and YouTube users in particular, in this country will be familiar with this dastardly association’s work, its propensity for flattening eager anticipation of, let’s say, a music video to leave a feeling akin to wearing mouldy wet socks in its wake.
You may be sent a video highly recommended by a friend only to be greeted by the message: “Unfortunately this video is not available in Germany because it may contain music for which GEMA has not granted the respective music rights. Sorry about that.” 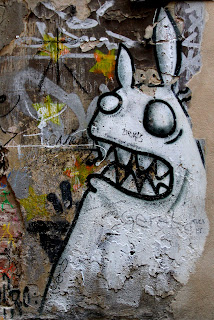 You can almost hear the GEMAites wetting themselves with Schadenfreude from their Wittenbergplatz headquarters.
Well, fuck you GEMA and your respective music rights.
This carry on has been going on since early 2009, rending impotent many fine tracks from bands I love and bands I could discover I love.
GEMA’s side of the story is that they redistribute royalties from music to the artists who created it. How much they redistribute and how much they line their own pockets with is not easily discernable, however.
GEMA doesn’t just stop at blocking YouTube videos either. It wants to block nightclubs from playing music too. The leeches are demanding extortionate fees from venues that play music, putting many of them at risk. At least that roused some protest from nightclubbers in Berlin last June. 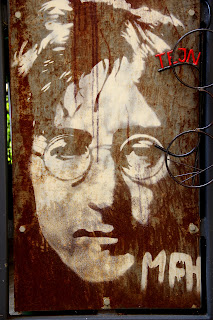 But most Germans, as is their wont, meekly accept the situation for what it is. “Regeln sind Regeln, yada, yada, ja.”
One German I met vigorously defended the indefensible, saying GEMA was providing a valuable service to the music industry and he went on with some other shite which I could no longer listen to. And then people wonder why Germans are misunderstood.
There are ways to defeat GEMA and listen to music videos online if you have a mind to. @MRodden recommends installing ProxTube while Anonymox is another good add-on. The private VPN service HMA also works but you have to pay for it. I generally use it because you can get an Irish IP address to watch GAA matches and so on.
But ultimately, with nightclubs also now coming under threat from these evil fuckers, there’s only one solution: GEMA must be destroyed. 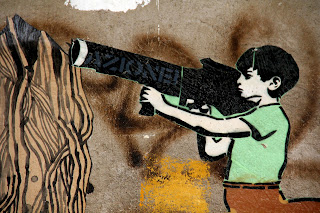 UPDATE: supernaut kindly left a comment with the following advice, which I cannot vouch for, but which may or may not help those attempting to overcome the evil GEMA and listen to a song or two – “ProxTube doesn’t seem to work anymore since YouTube updated a couple of weeks ago – neither do any of the other YouTube-specific FireFox Add-Ons, and Anonymox is really really slow.
“One solution is using Tor, which is a little slow also, though reliable and secure, and I’d use it before any free proxies. The other is to use KeepVid or similar, but then in general you need Java installed.”