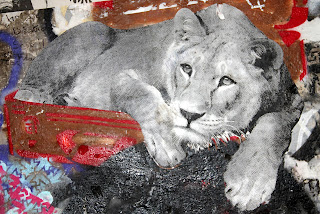 I wrote the following around seven months ago but declined to publish it at the time and since then for fear of injuring the injured parties. It’s always someone’s birthday and I certainly don’t want to be responsible for ruining anyone’s day. But fuck it, now is as good a time as any.

Germans have an incredibly unhealthy obsession with birthdays. If one of them gets wind of your birthday they'll note it down in their little black book so they can wake you at the crack of dawn to wish you a happy birthday before anyone else does, unaware of the irony in ruining your day before it even begins.
How can I have a happy birthday when you’re fucking waking me up to wish me a happy birthday?! 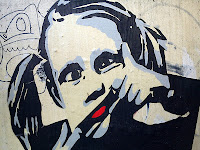 But of course that would be very unhöflich. Instead you have to grit your teeth and thank them as they rabbit on listing all the nice things they wish for you, all the things they thought of while they were waiting up all night so they could be the first to call.
How about wishing me some sleep?!
Then the next caller will call, and wish you exactly the same stuff.
Sleeeeeeeeep! Just let me SLEEEEEEEEEEEEEEEEPPP!!!
By the time you throw the phone out the window in exasperation, the damage will have been done. The phone’s ringing will be ringing in your ears from the hordes who waited all night to wish you the best on that date circled by a black marker since that same date the previous year. As if they want you to relive the pain of the day itself. 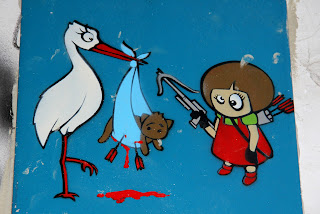 For you only ever have one birthday, no matter how old you are. Anything else is just gratitude to the Earth for successfully managing another half-arsed traipse around the sun. The Earth doesn’t give a shit, it was going that way anyway.
Try telling that to a German.
Germans start thinking of their next birthday (anniversary) approximately one minute after the last one, and making concrete plans for it about eight months in advance. Secretly, they’ll have started planning for it even earlier. I wouldn’t be surprised it planning begins even before they know they’re alive.
If you do not call a German to wish them a happy birthday they’ll be mortally wounded, and if you forget their birthday they’ll never speak to you again. Strangely though, they don’t go in for birthday cards at all. 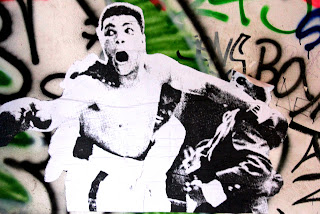 Birthdays are celebrated, like every other occasion and non-occasion, with buckets of coffee and troughs of cake until everyone has Kaffee und Kuchen coming out their ears and the thoughts of more cake sends Kuchen sweat beading down your forehead.
The birthday boy or girl here is expected to treat everyone else, buying all the food and pints for others to get fat and drunk at their expense.
Hmm, perhaps this explains the flurry of best wishes first thing in the morning...
So be warned – don’t ever tell a German your birthday. If anyone asks, just tell them you don’t remember it.
Labels: achievements celebrations confusion Germany